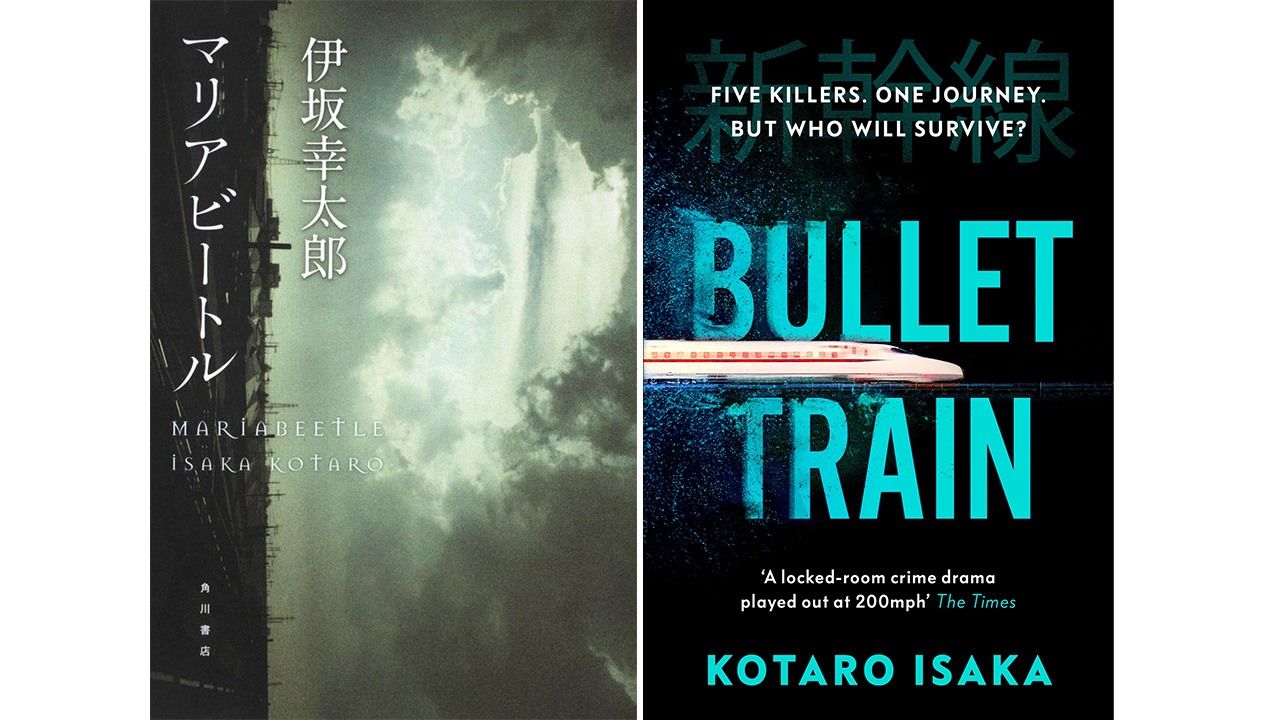 Entertainment Cinema Nov 25, 2022
The action thriller Bullet Train, premiering in August 2022, was based on Isaka Kōtarō’s 2010 novel Maria bītoru (Maria Beetle). The film’s plot largely tracks the book—in which five hitmen struggle to stay alive on a Shinkansen bound for Morioka, Iwate Prefecture—but differences in its presentation make it worth viewing alongside a reading of the book, published in English translation this year.

In the 2022 action film Bullet Train, Brad Pitt plays Ladybug, a hired killer who takes on a job after some time away from the game. He is a fearsome fighter, but for some reason always comes up unlucky during his work. The story unfolds on an express train headed from Tokyo to Kyoto. Ladybug’s job aboard this train is simple: Get on at Tokyo, locate a certain briefcase, and disembark at Shinagawa, the next stop, with it.

He gets his hands on the case, but steps off of the train straight into the waiting arms of the Wolf (Benito A. Martínez Ocasio), a Mexican killer who bears a grudge against Ladybug, and he is pushed back onboard. Yet another pair of assassins, the feared brothers known as Tangerine and Lemon (Aaron Taylor-Johnson and Brian Tyree Henry), are also on the train, and are looking for the briefcase that had been in their possession. Ladybug tries at each stop to get off of the hurtling express train, but is prevented from doing so at every turn—his luck is bad this time, too.

It’s a deadly train, populated with a number of other killers, each with their missions bringing them there. Tangerine and Lemon are tasked with rescuing the kidnapped son of a Russian gangster known as the White Death (Michael Shannon) and taking him back to his father in Kyoto along with the case, which is filled with the ransom money meant to secure his freedom. Also present is Kimura Yūichi (Andrew Koji), another killer who is entangled with a mysterious young girl riding alongside him.

Kimura’s son has been taken hostage, with the girl using this to control him, ordering him to assassinate a certain target. Yet another killer known for his use of poison is onboard, looking for a chance to end the life of the White Death’s son. All of them together in the confined space of the train, pursuing their goals against one another, make for a riveting tale.

Bullet Train is a nonstop action Hollywood extravaganza whose sense of speed lives up to its title, serving up scene after scene of combat between Ladybug and the other assassins on their way to Kyoto. The actors play their roles with a light touch, though, letting the comical and quirky sides that Isaka gave their original characters in his book shine through.

The story hews closely to the narrative unfolding in the original novel, with the exception of its denouement. There are some key differences between the Hollywood treatment and the 2010 Maria bītoru (Maria Beetle), translated by Sam Malissa in 2021 as Bullet Train. The original places the cast of killers on a Tōhoku Shinkansen bound from Tokyo to Morioka, the capital of Iwate Prefecture (Isaka himself lives in Tōhoku, making this a natural choice), rather than an elegant express overnighter headed west to Kyoto. This difference in trains produces considerable gaps between the feelings evoked by the backdrops in the book and the film.

The Tōhoku train depicted in the book stops first at Ueno, where Nanao (who operates under the code name Ladybug) fails to make it onto the platform with the purloined case. From there it makes further stops to the north at Ōmiya, Sendai, Shin-Hanamaki, and so on as it heads toward the Morioka terminal. The original novel paints careful images of the characters on its pages, producing a story that proceeds much more leisurely than the frenetic pace of the movie. It is a tale of hired killers, but comes across as more of a warm, breezy exploration of their comings and goings.

Nanao, in his thirties, is an eminently capable hitman but constantly finds luck deserting him, making all his jobs more complicated than promised initially. His handler, Maria, who gave him this “easy” train job as well, is in constant communication via cellphone, delivering him new instructions to escape the train at each station in conversations brimming with wit.

The exchanges between the citrus partners, too, are executed with a deft comedic touch. Lemon, an enormous fan of Thomas and Friends, takes the lessons taught by Thomas the Tank Engine and his train friends to heart as a guide for his own life. As the narrative unfolds, Thomas provides one key to the unfolding mystery, a plot device rolled out in the film version as well.

The mysterious girl of the movie appears in the book as the Prince, a junior-high-school boy who bends Kimura to his twisted will. In Isaka’s story, the Prince appears as a symbol of all the loathsome, twisted evil in Japanese society today. His character is the driver for one of the quiet background themes in the book, and his absence in the film marks one of the biggest differences between the two versions. The assassins, by comparison, are easy to define as bad guys due to their profession. All of them, whatever their reasons for being on this train, are borne swiftly into the north, toward a climax none of them can avoid.

Above I present only the barest skeleton of the book. Isaka Kōtarō’s full talent in creating the world on its pages becomes apparent when the reader is fully immersed in the careful detail he sets forth. Bullet Train, the 2021 translation by Sam Malissa published in Britain, was shortlisted for this year’s Dagger award for crime fiction in translation, presented by the British Crime Writers’ Association. The recognition accorded the book in Japan, where it was a popular second installment in Isaka’s Hitman trilogy, in translation in English, and as source material for a Hollywood thriller make it more than clear that this is top-notch entertainment. 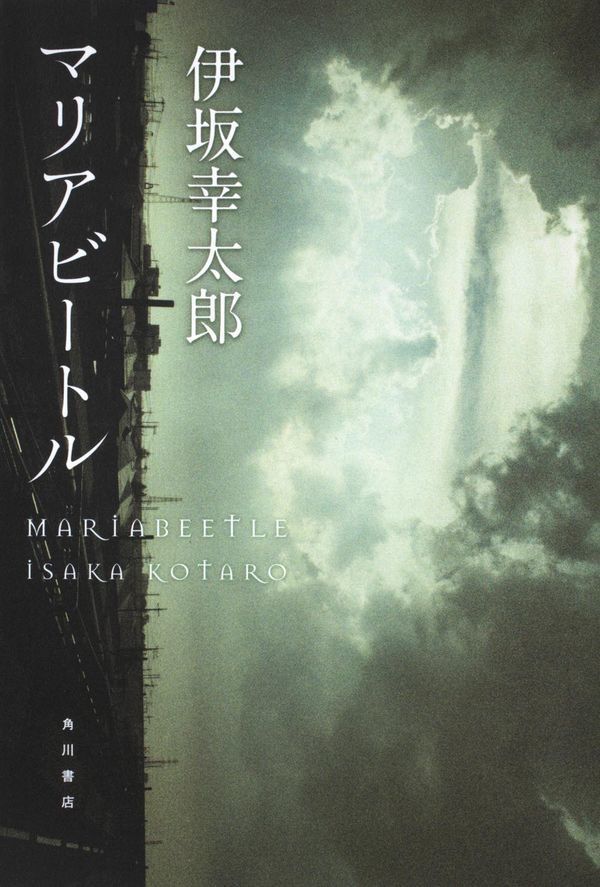 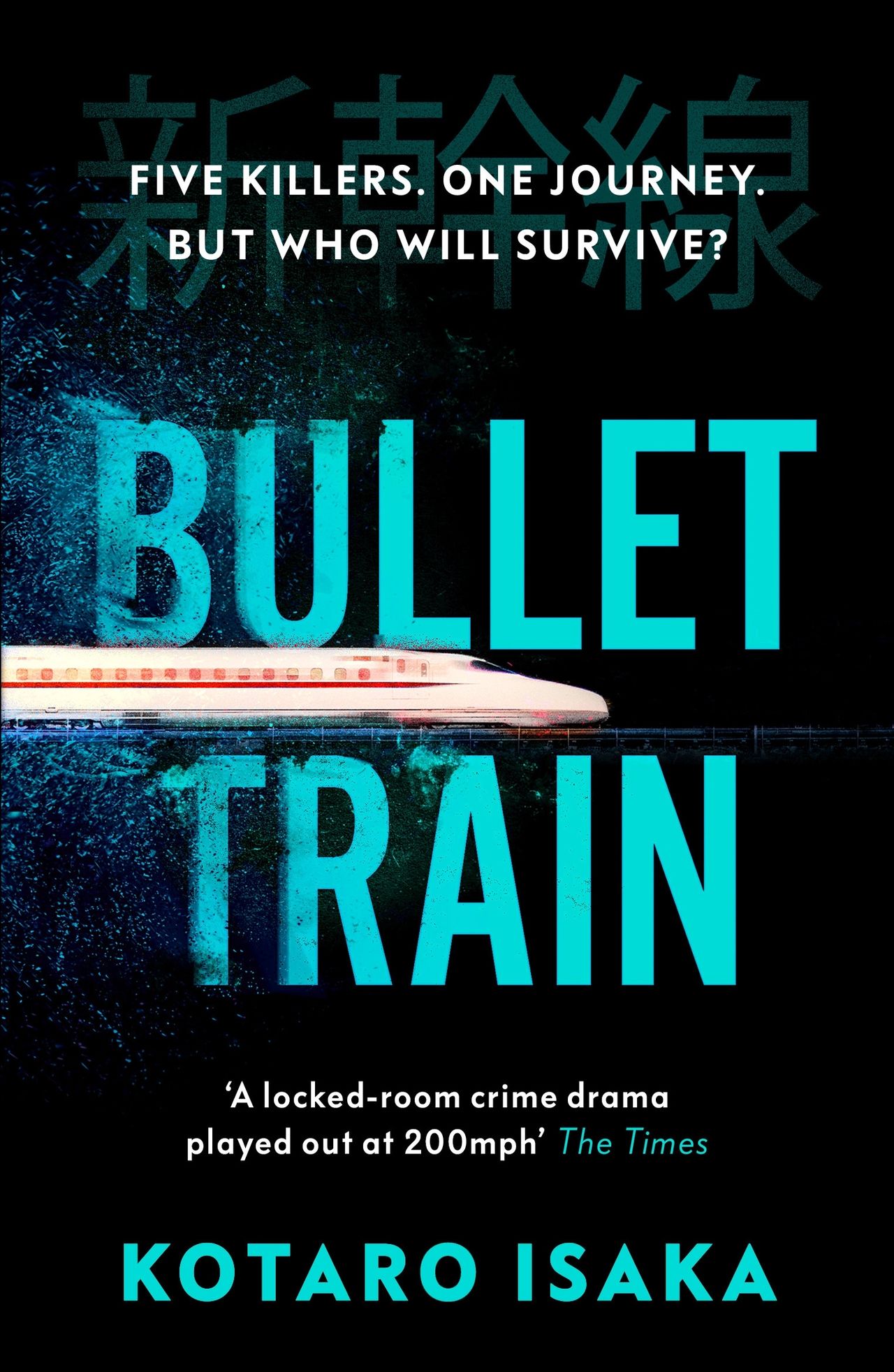