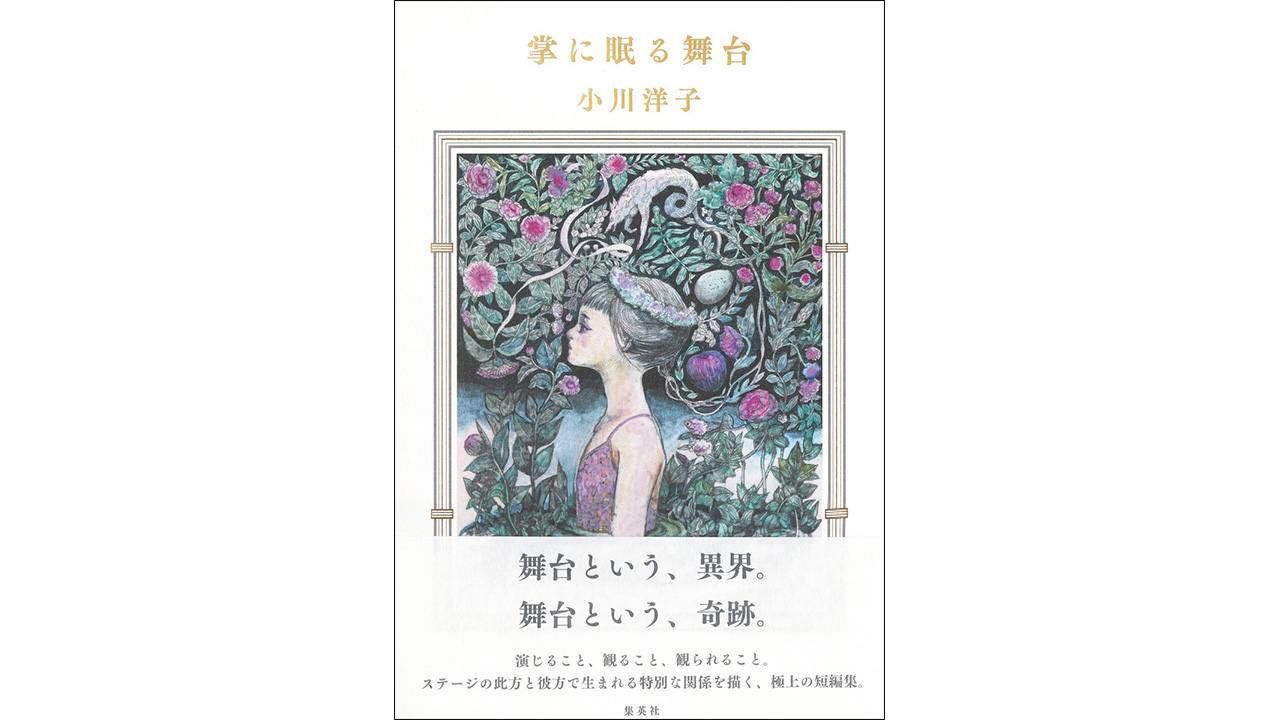 Books Culture Jan 13, 2023
Ogawa Yōko is often cited as one of the Japanese writers most likely to win the Nobel Prize. Her latest collection, Tenohira ni nemuru butai (A Stage that Sleeps in the Palm of Your Hand), contains eight stories, all connected in some way with the theater. The stories draw the reader into a succession of uncanny and surreal fictional worlds.

A Writer with Global Reach

Ogawa Yōko won the Akutagawa Prize as far back as 1991 for Ninshin karendā (translated by Stephen Snyder in excerpts as “Pregnancy Diary” in the New Yorker). But the book that brought her to widespread fame was the novel Hakase no aishita sūshiki (translated by Snyder as The Housekeeper and the Professor), which won the inaugural Japan Booksellers’ Award in 2004. Since then, she has established herself as one of the country’s most popular writers, and her works have been widely published around the world. In 2019, The Memory Police (translated by Snyder from the 1994 Hisoyaka na kesshō) was a finalist for the National Book Award for Translated Literature and made the shortlist for the International Booker Prize.

The Memory Police is set on a fictional island, where things mysteriously disappear, along with people’s memories of them. Ferries, birds, perfume, and roses are among the mundane objects that have vanished. Most of the people on the island simply accept these disappearances. Those who refuse to go along with it are themselves taken away by the Memory Police. As one of the resisters describes the situation:

“The island is run by men who are determined to see things disappear. From their point of view, anything that fails to vanish when they say it should is inconceivable. So they force it to disappear with their own hands.”

Crossing the Invisible Walls Between the Mundane and the Uncanny

The new book consists of eight stories, offering pleasures different from those of a longer standalone novel. A look at a few of the tales:

Day after day, a young girl can be seen playing alone in an alley lined with small factories. The wife of the manager of one of the factories gives a pair of free tickets to a factory seamstress and tells her to take the girl to see a performance of the ballet La Sylphide at the town’s cultural center. The girl’s imagination is captured by the story of a doomed romance between a young man and a fairy and starts writing letters to the Sylphide she has seen on stage. The seamstress takes pity on the young girl, and decides to intervene . . .

A widow who has run a small clothing boutique alone for 30 years decides to close down her business after she is hit by a truck. Passing by the Teikoku Gekijō theater in Tokyo one day, she sees a poster for Les Misérables and decides on a whim to buy a ticket for every performance. She embarks on a new life, and for two months commutes to the theater every day. One day she is approached by a mysterious woman who lives in a room deep inside the theater, where she works as a “fall guy” who foresees accidents and suffers them on behalf of others, saving the actors on stage from bloopers and pratfalls. A strange friendship grows up between the two women. And then comes the day of the final performance . . .

“Sōshoku-yō no yakusha” [Actor for Show]

The first-person narrator has worked for many years as a freelance “companion.” This story concerns the strangest experience of her career, was when she is hired by a rich man in his late seventies living in an exclusive residential area. The conditions of the job are that she live in a room in his property and that she must not leave the room. Her “room” turns out to be a small private theater in a building away from the main house. The woman’s role is to live out her life among the stage sets. Occasionally, the old man appears with his walking stick and watches from the darkness of the empty audience seats. She realizes she is being paid to serve as an “actor for show.” The empty seats remind her of gravestones. And then, suddenly, comes the event that brings down the curtain on this strange episode in her life.

Ogawa Yōko has published numerous collections of stories in the past. One thing that unites her fictional worlds is the way in which her characters seem to pass imperceptibly through the invisible walls between everyday reality and hallucinatory otherworldly domains. Sometimes, these uncanny worlds are full of wonders. At others, her characters confront realms of foreboding and darkness. In these latest stories, Ogawa’s imagination takes a surreal turn and presents perhaps her most unsettling visions yet.

The “stages” of the collection’s title are empty sets for make-believe. What do people see there, what emotions do they draw from these fictional settings? These latest stories from a master of fiction remind us of the fragments of reality and truth that lie hidden within the artificial world of props and stage settings.

Ogawa’s most recent story, published in the February 2022 issue of the literary monthly Subaru, had the biggest impression on me. The first-person narrator is a guest at an inn that was formerly a hot springs sanatorium. The inn is popular with women looking to conceive and expectant mothers drawn by the supposed properties of the hot springs, which are supposed to guarantee a safe and easy delivery. At the entrance to the baths, the elderly couple that runs the inn keeps pairs of geckos in plastic cages, which they sell as auspicious creatures that will act as good-luck charms. The lizards are described in remarkable detail, until they become more than just slightly repellent creatures and seem to come alive with allusive significance.

When she’s not taking the waters, the narrator spends much her time on long walks. One day, she comes across a lovingly detailed model train set in the window of a run-down barbershop. The owner, in his late seventies, has few customers and spends his time adding to the diorama of the town he has built in memory of his dead son. The diorama is full of models of children at play.

One day, one pair of geckos become entwined and cannot be separated. Unable to move, they will apparently dry out and become mummified. The innkeepers promptly sell the doomed lizards as protective amulets for childbirth and -rearing. The story closes with the narrator in an abandoned theater close to the baths, when a lost child calls out to her and she realizes with a jolt how she appears to his young eyes. 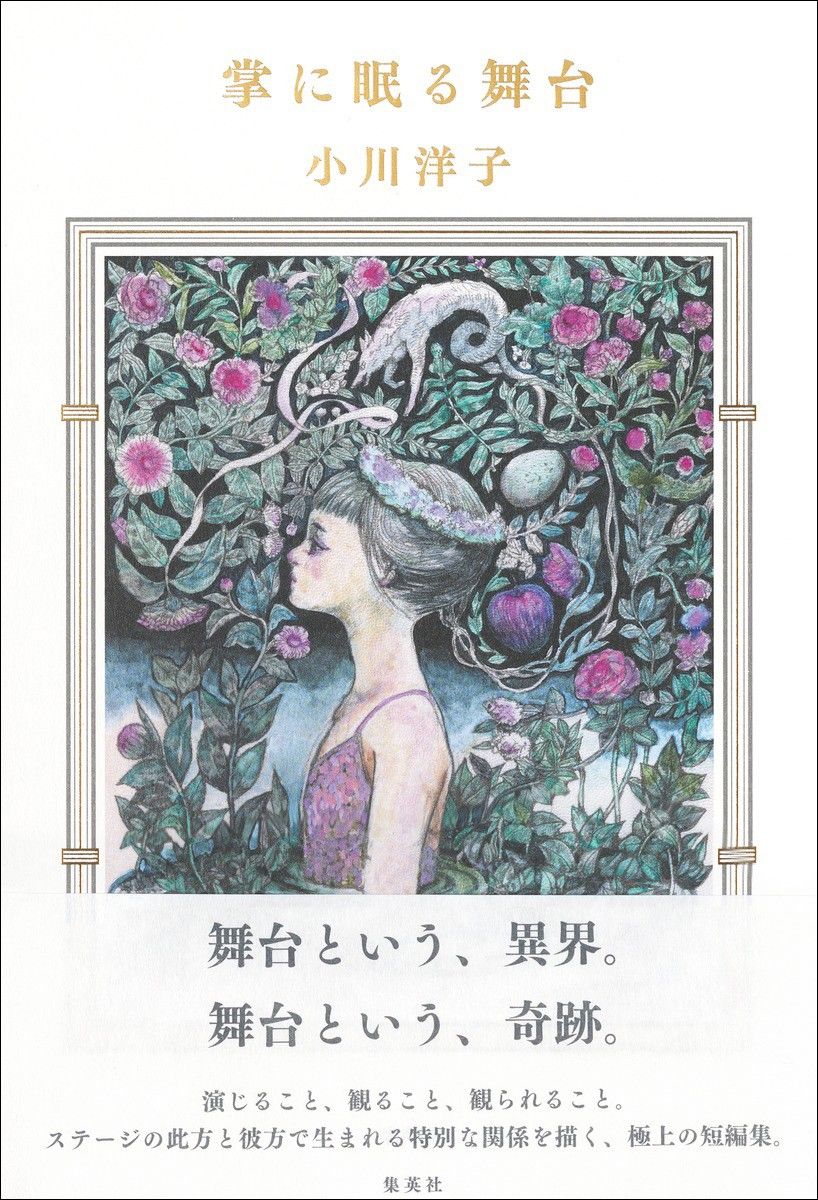