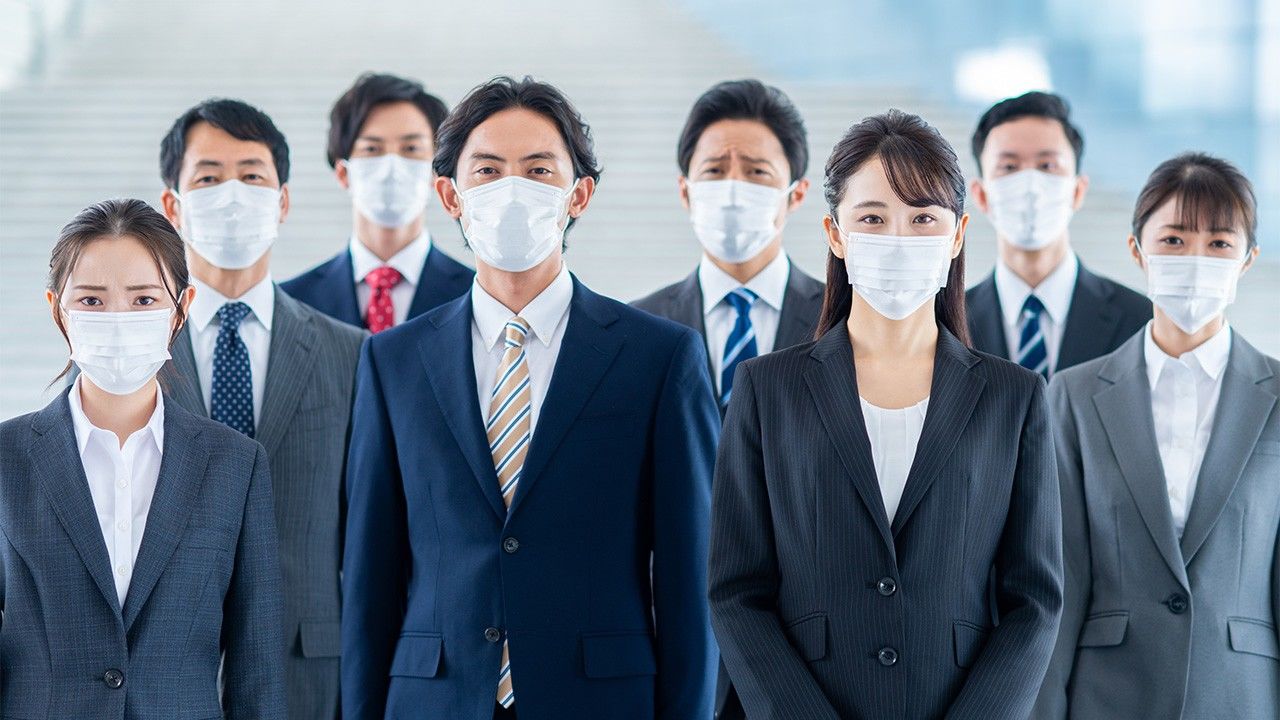 Society Lifestyle Jan 15, 2021
The Japanese are known around the world as orderly, obedient people, and they tend to pride themselves on this. But Japanese society is also riddled with rules that seem to make no sense. Chinese translator and Japan resident Chang Yiyi shares her observations of Japanese people bound by excessive rules.

During the COVID-19 pandemic, it has become impossible to go anywhere unless you wear a mask. Initially, we only had the option of white masks, but since they have become an essential item in daily life, the variety of materials, colors and patterns has blossomed. Some wearers treat them as a fashion statement.

But “mask codes” have also emerged. While black or other dark colors are often considered inappropriate for work, for instance, they are the only option for funerals. Online debate on these issues is intense.

Companies introduced mask-wearing rules for employees and, despite some people having misgivings, they usually comply with the stance of their supervisors. In April, when there was a mask shortage, some schools decreed that only white masks could be worn. Homemade masks were banned, forcing families to buy masks at inflated prices.

Japanese people tend to obsess over not defying their company or senior colleagues, and consequently, many make mask choices to please others.

During the nationwide state of emergency, food and beverage establishments had their hours restricted. At the time, I saw a TV reporter ask a bar patron if he would return to his former socializing habits after restrictions eased. The interviewee responded that, because his manager at work thought bars posed a high infection risk, he would not stay out late in the future.

The generation now in charge at Japanese companies are workaholics, toiling for long hours and holding a stronger sense of belonging to the company than to their own households. Consequently, many opposed telework, despite government recommendations. A Japanese friend complained that even during the state of emergency, the boss required attendance at the office.

No One Wants Leisure-Time Rules

Once I stayed at a Japanese ryokan where the inn’s front reception offered guests a range of different-colored yukata robes. I was impressed with this gesture of hospitality. When I checked in, the reception staff rattled off a long list of house rules, but my mind was elsewhere, excited at being able to choose my yukata. The same rules were posted in my room, which made me wonder why there was any need to waste time reciting them to me at check-in.

Most of the rules were as you would expect, but one that shocked me was a requirement that guests wear yukata and slippers at all times inside the inn. The joy I felt earlier vanished instantly. I can understand why certain rules are necessary for a company, but I felt sad to be constrained in my leisure time. At breakfast, I wondered if all of the guests would obey the dress code. It was a Friday morning, so many of them were elderly, and sure enough, everyone wore yukata. Naturally, I followed suit. But on Saturday and Sunday, many guests dressed casually, and staff turned a blind eye. I wondered why they did not drop the rule altogether.

Once when I visited Europe, I joined a local day tour run by a Japanese travel agency. It was a long day, but very enjoyable, with an impressive itinerary. I was deeply appreciative of both the tour guide and the driver, an elderly local. But as we approached the end of the tour, the guide explicitly asked us to thank the driver when we arrived at our hotels. I believe that gratitude should be heartfelt, rather than an obligation. When I asked a fellow traveler if the guide was being condescending, she coolly suggested that it was probably in their instruction manual. Disregarding the rules could have been considered neglect of duty.

Even Japanese Are Tired of Rules

In Japan, there are manuals for almost everything. Following guidelines improves efficiency and maintains quality standards. But what if there are too many rules?

A riveting book was published containing bewildering school rules from all over Japan, with humorous illustrations and sarcastic commentary. One school instructed pupils to “Come to school each day as though you are attending a party,” and in the accompanying picture, a student asks the teacher if that means they can bring treats. At another school, students are expected to applaud their teacher when they enter the classroom, causing students to ask if teachers would reduce the number of tests in return. Japanese must be tired of such weird rules.

But even if rules are considered strange and could be revoked, for some reason, they are left in place. Japan’s seniority-based work structure is slowly crumbling, but people are reticent to reject precedent, and this makes it difficult to change rules written by senior colleagues.

It takes a great deal of effort to reform old regulations. Without a certain degree of resolve, it can be easier to just suffer the status quo. However, there are some brave reformists. One junior high principal in Tokyo created a stir following his appointment by abolishing the school’s rules. His intention was not neglect; rather, he consciously hoped to nurture students to respect individuality and diversity, rather than simply to toe the line.

When people are hedged in by regulations, their initiative is also curbed. If we believe in a society that respects people’s freedom and individuality, surely we should eradicate obsolete rules.