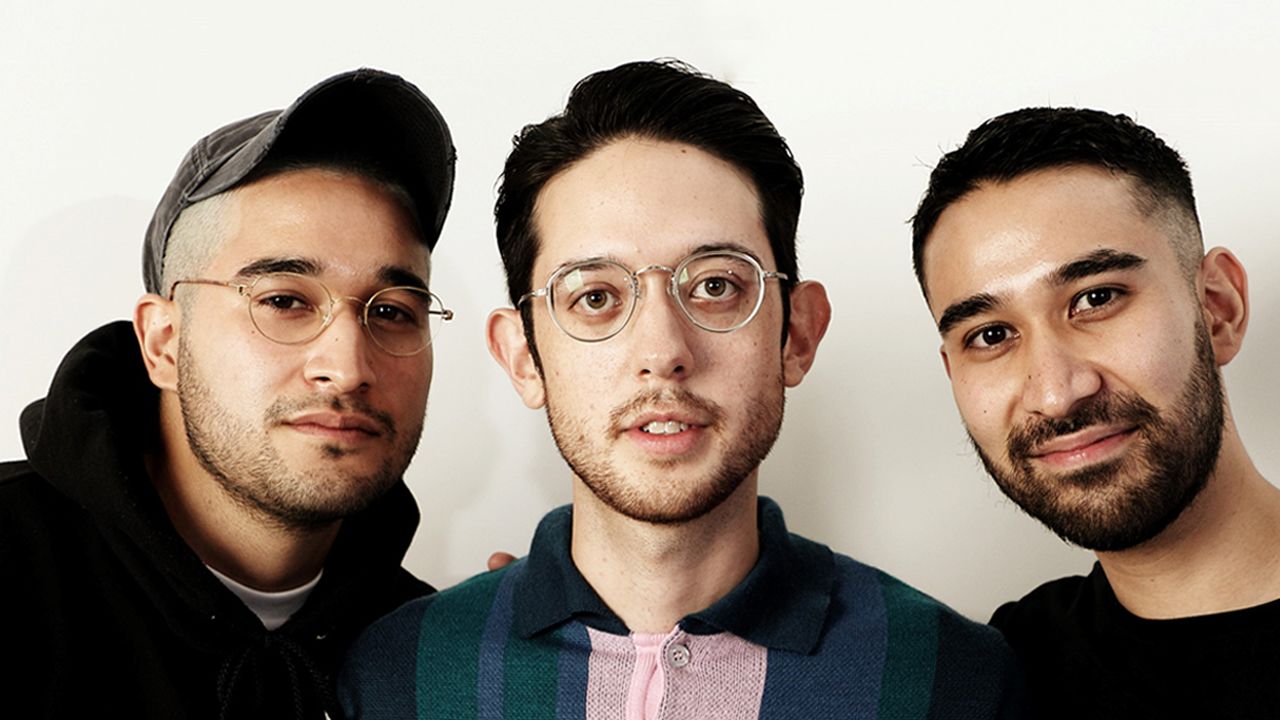 Cinema Entertainment Nov 25, 2021
As the population of mixed-race Japanese—popularly called hāfu—grows, entertainers and athletes with bicultural backgrounds are increasingly prominent. However, most of those considered hāfu in Japan live normal, private lives, struggling daily with curiosity, prejudice, and their own identity conflicts. Whole, a new short film, takes up the issues facing just such people through the story of two young men. We spoke with the director, writer, and leading actor about the film.

In Japan, people with parents from different nations or cultures are commonly called hāfu, from the English word “half.” A singing group made up entirely of just such women, Golden Hāfu, debuted in the 1970s and went on to become relatively popular, showing that the term was already firmly established in the Japanese language. Although hāfu has become common usage over the past 50 years, though, some critics today consider it inappropriate and recommend replacing it with words like daburu (double) or mikkusu (mixed). Of course, the discrimination and unwanted attention that the people actually covered by the term face, as well as their own identity conflicts, are more than simply a matter of terminology. 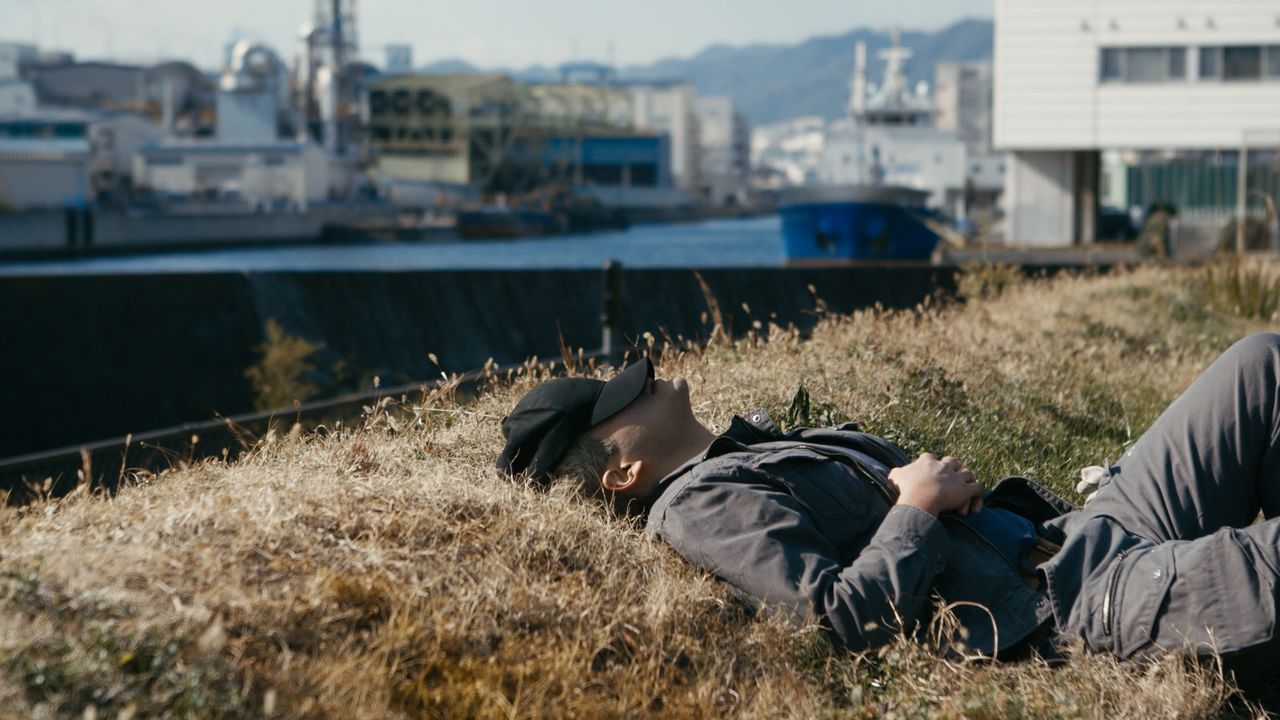 Whole examines the potential for pain in casual comments. (© 078)

The fundamental problem is that the term lumps together a large group of people and marks them all out for different treatment—an example of othering. The othering shows in people’s gazes, their attitudes, and the words they use. Imagine how humiliating it must be for people who were born and raised in Japan to be treated as not wholly Japanese, simply because one of their parents was not. It is rare, though, for anyone outside of that group to really understand how it feels.

And of course, the people who are referred to by that one word, hāfu, are a hugely diverse group. People seem to forget about those diverse backgrounds, and end up making the same careless comments over and over.

Whole tells the story of two young men—both labeled hāfu—born and raised in Japan, and explores their feeling of not belonging and their struggles over their own identity. The filmmakers consciously avoided the terms hāfu or daburu in the title, to avoid evoking additional meanings associated with either term. 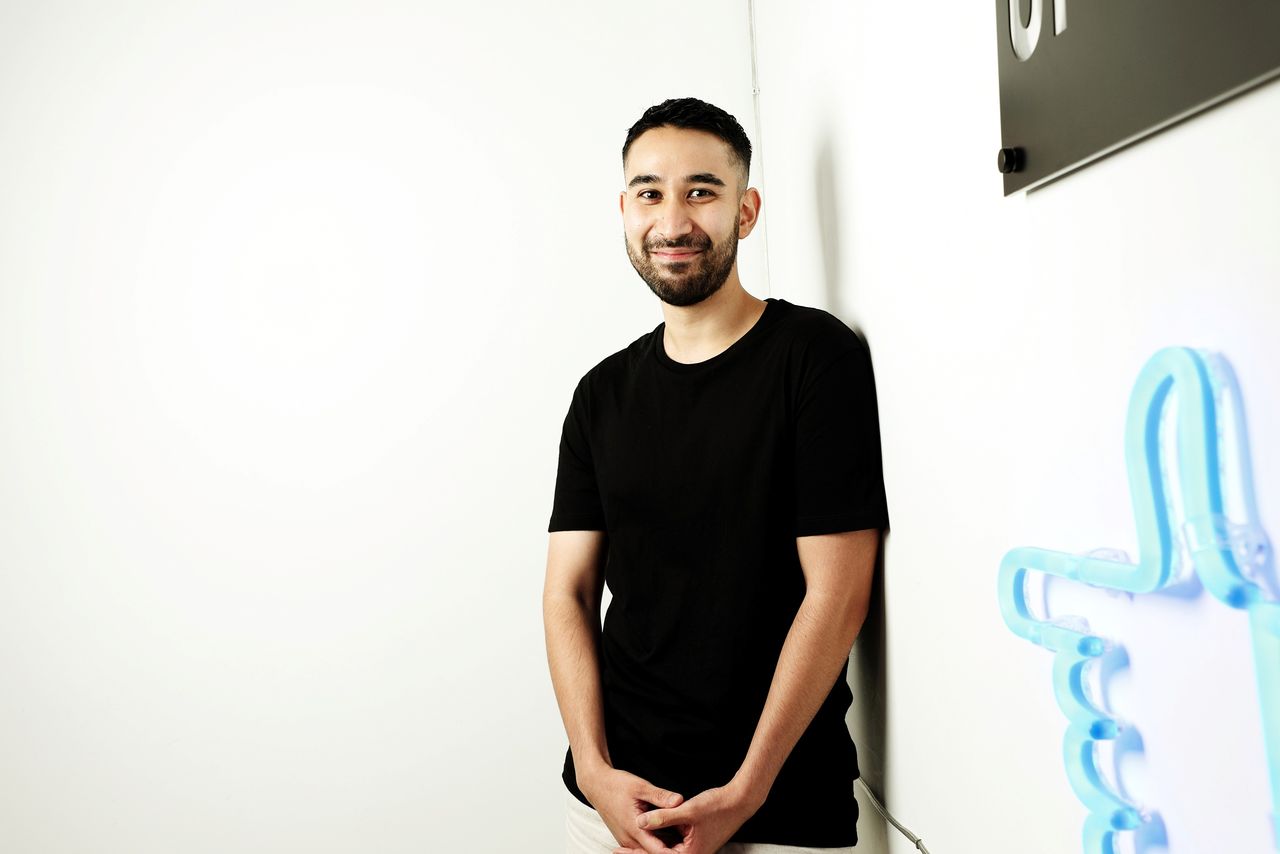 Kawazoe Bilal, son of a Pakistani father and Japanese mother, directed the film. His brother Usman wrote the script, and is one of the film’s stars.

Usman’s character Makoto is a construction worker who lives in an apartment complex with his mother. One night at a ramen shop, an older customer calls him gaijin (foreigner), but he just brushes it off. Haruki, another hāfu, watches the exchange from his seat at the counter. Haruki is played by the film’s costar Sandy Kai, who is the son of an American father and Japanese mother. 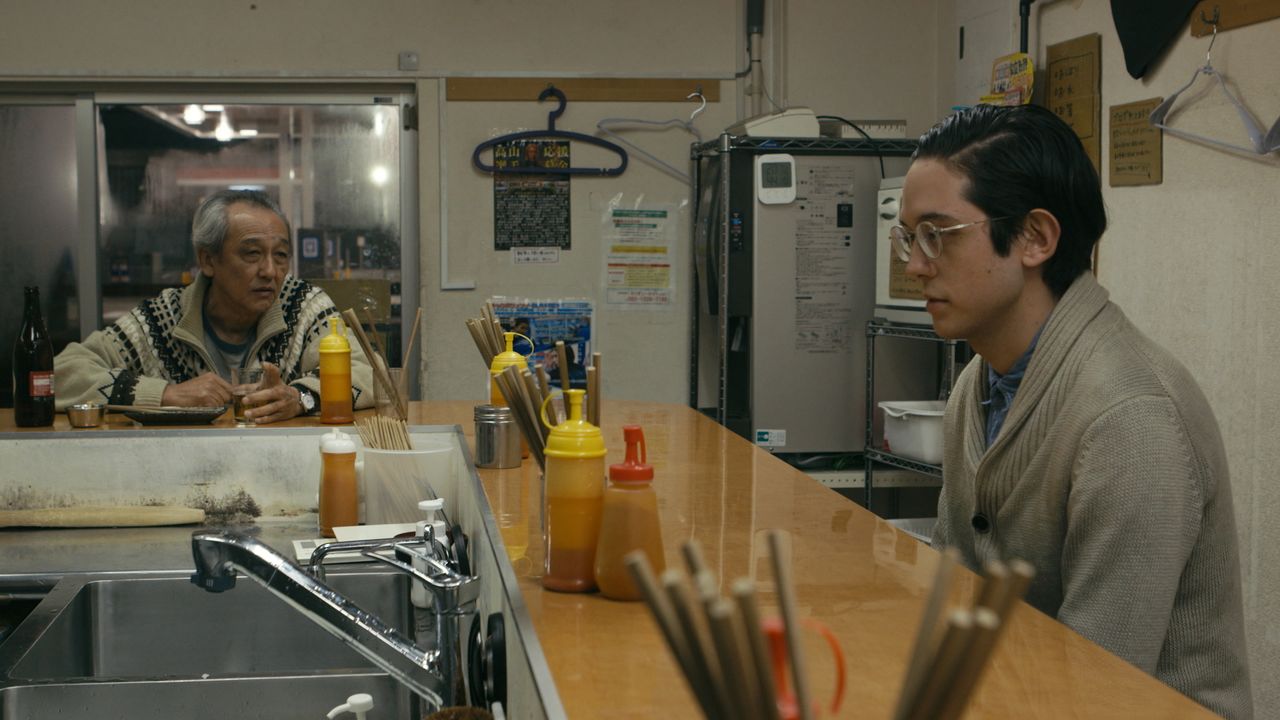 Haruki had also been targeted by the man before Makoto’s entrance, and the experience bothered him deeply. Makoto’s unfazed reaction took him by surprise.

Haruki was born into a wealthy family, but has just returned to Japan after dropping out of university overseas. He is a sensitive, shy person who dislikes being called hāfu, correcting it to daburu. Coming back to Japan and meeting his mother and old friends, he suddenly feels out of place. At the same time, even though Makoto jokes around with friends, his carefree façade hides secret worries. Despite their different backgrounds and personalities, the two recognize their shared experience, and it helps them grow closer. 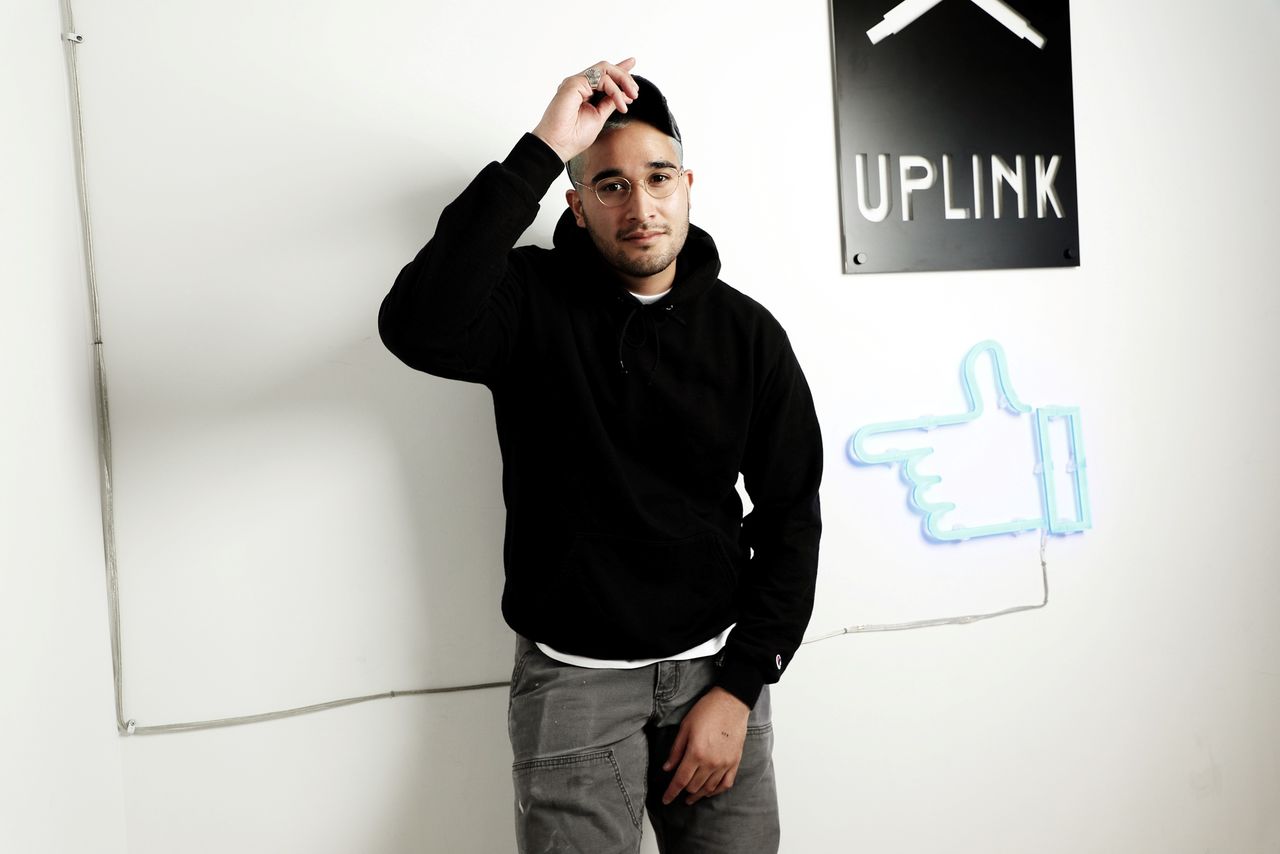 The story ends with Haruki taking a decisive action that opens up a new world for both young men. The ending is inspiring, and at the same time makes you want to see more of their journey. The film lasts 44 minutes, somewhere between a short and a feature film.

INTERVIEWER  I’m sure there are lots of people who want to see what happens next. Have you considered making a sequel, or perhaps an extended version?

KAWAZOE BILAL  We’ve heard that a lot, and it is good that people react that way, but we feel it’s best if we leave Haruki and Makoto’s futures to the audience’s imagination.

KAWAZOE USMAN  I spent two years writing the script, and I wanted to make a feature length film at first. When I showed it to Bilal, though, he said that shorts are easier to sit through, and with this story he felt it would be best to let the audience think it through for themselves rather than to show too much. So, I cut it in half.

KB  I had actually wanted it to be even shorter, but I realized I wanted to flesh out Haruki and Makoto’s characters more, so it ended up running a little long. I wanted to show how most people really are different from the usual public idea of hāfu. 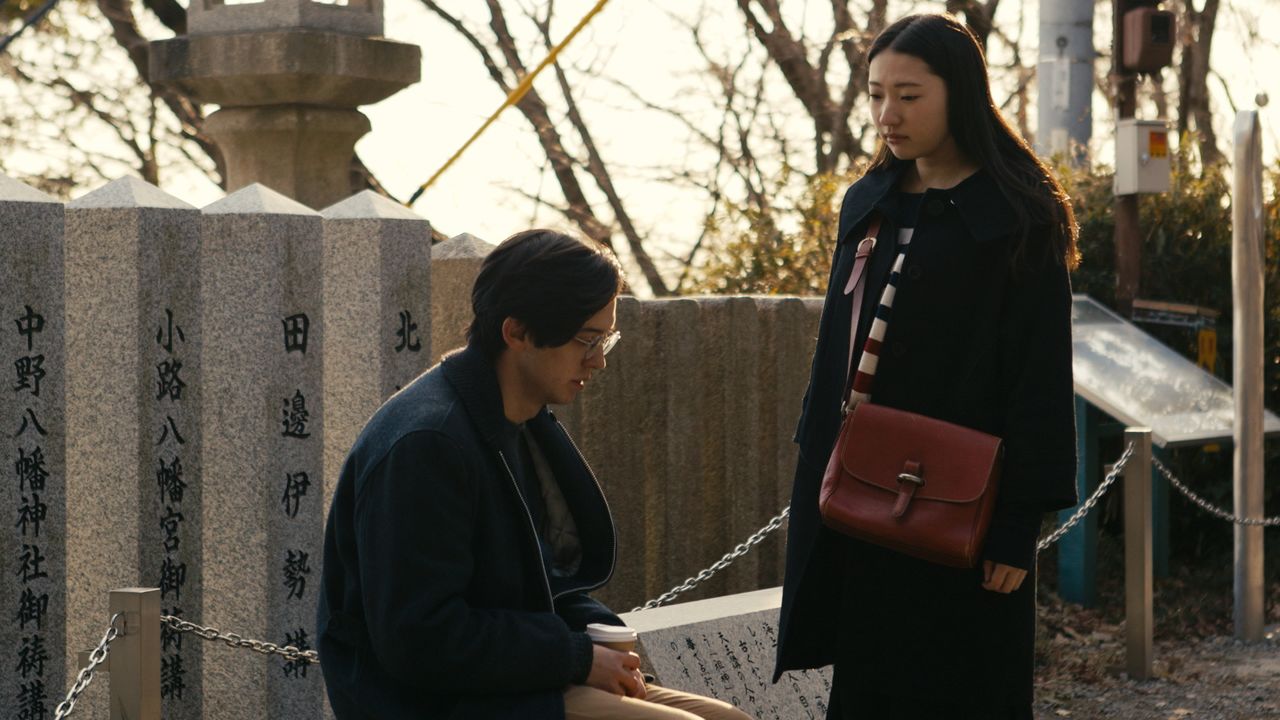 INTERVIEWER  Kai, when you got the offer for the role of Haruki, what did you think when you first read the script? 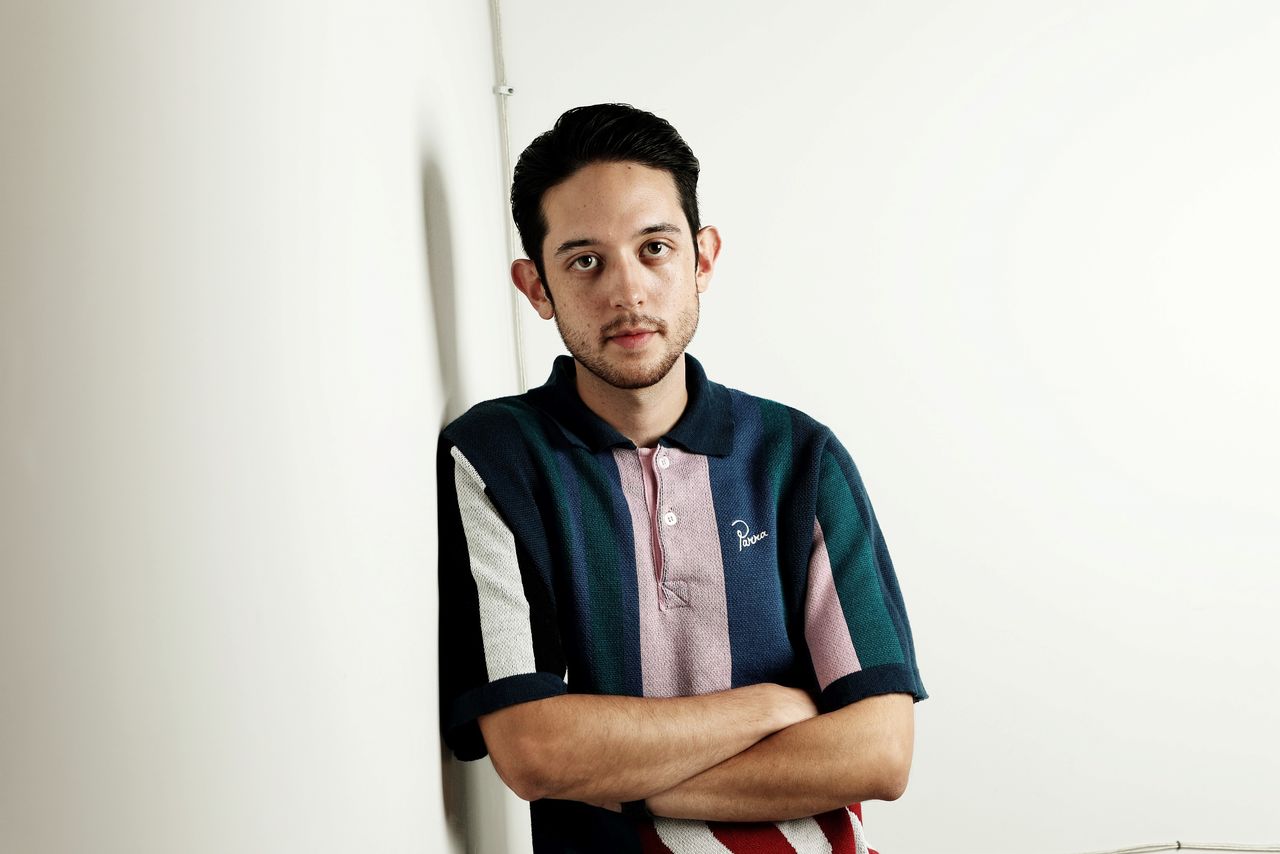 SANDY KAI  There were lots of parts I could empathize with. I get comments like “You speak Japanese so well!” or “Where are you from?” all the time. Personally, I have this defense mechanism where I react by saying something funny to lighten things up.

INTERVIEWER  So, you’re more of a Makoto type?

SANDY  I guess I am. When people ask me things like “You eat a lot of hamburgers, right?” I answer something like “Oh, yeah, I just looove hamburgers.” But there is still something really uncomfortable about it. Somewhere inside, I do feel a lot like Haruki. 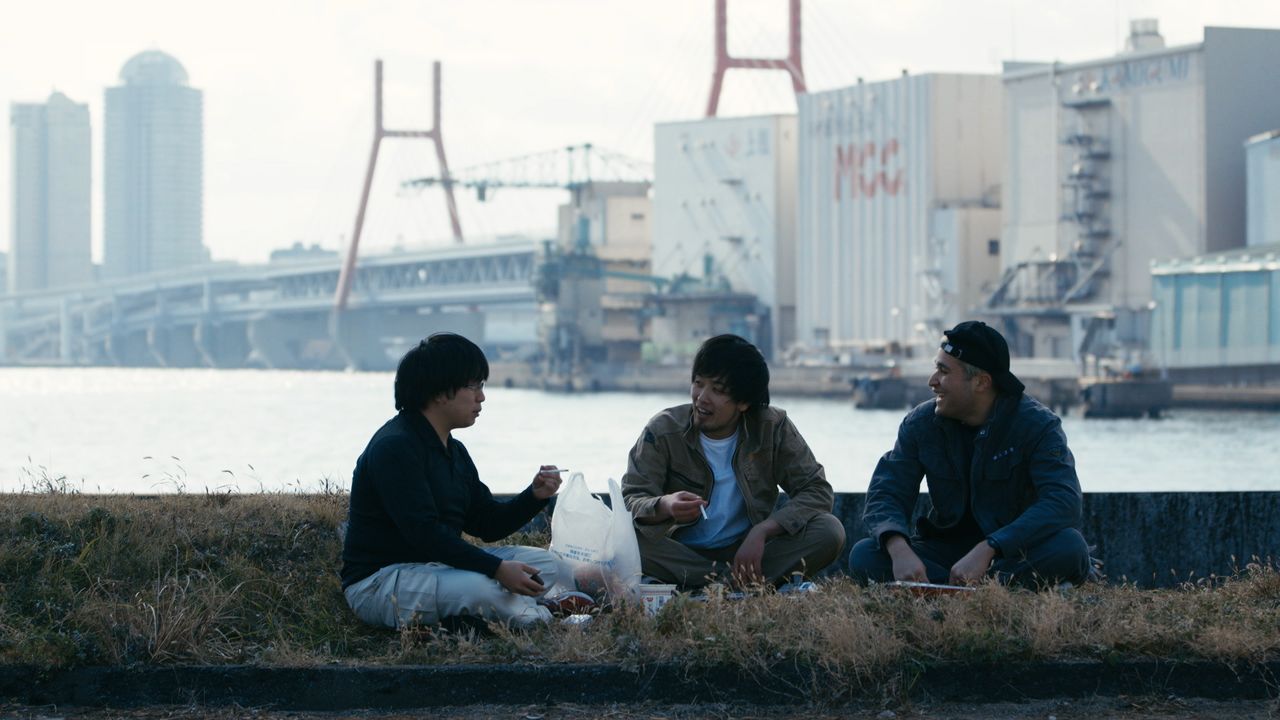 Makoto, at right, jokes around with his friends at the construction site. (© 078)

KU  On the other side, I can be like Haruki sometimes. I went to an international school, so I didn’t have much contact with the outside world. Later, after I graduated, I got a job at a construction site. They treated me like a foreigner there, and I had a really bad time. For that first year, I was a lot like Haruki. I worked for there for three years, though, and over time I became more like Makoto.

SANDY  I never had that kind of experience when I went to the international school in Nagoya, but I did after I moved to Tokyo. People stared at me on the train, and some even came up to me asking me to help them practice English. I know they didn’t mean anything bad by it, so it didn’t bother me all that much. 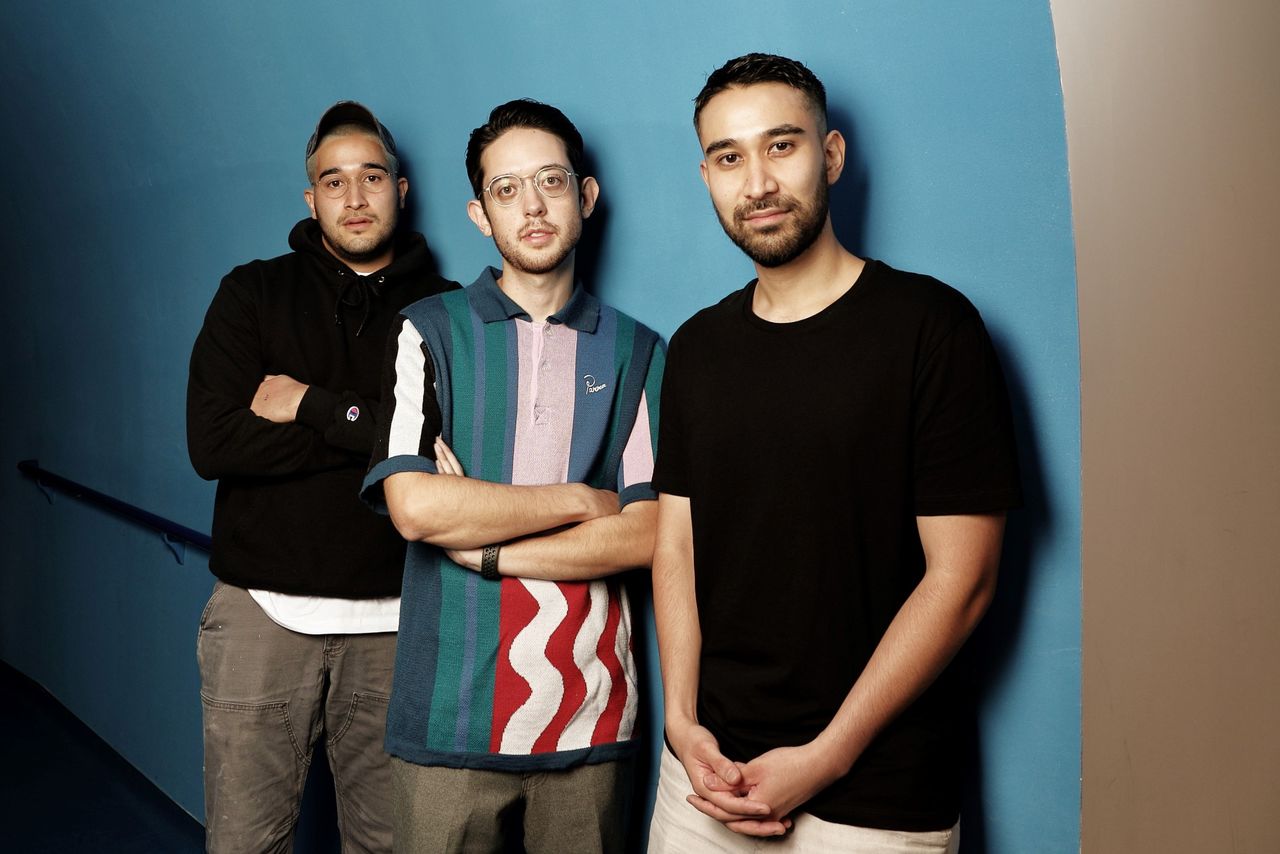 KB  Usman and Kai only became close at filming, but now it’s like they’ve been friends for years. I would be over here trying to keep everything on schedule, but these two were always messing around. [Laughs] But that helped them create a sense of genuine empathy, even though they were playing characters with such different backgrounds. When you meet another hāfu, even for the first time, you can feel a connection. You might not end up being fast friends, but you know you have shared experiences. Even though Makoto and Haruki have totally different personalities, they still have that sense about each other. 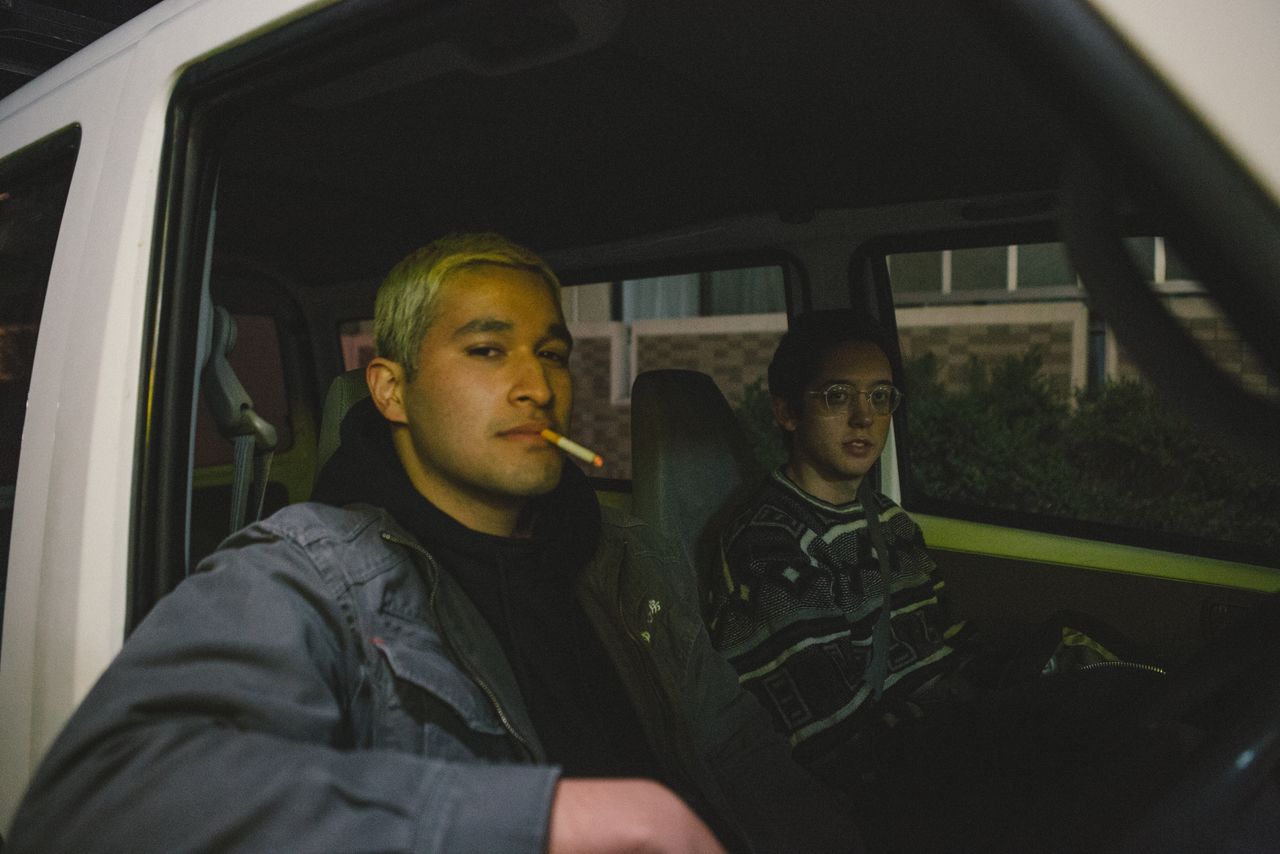 INTERVIEWER  Whenever someone says hāfu, Haruki corrects it to daburu. Haruki can’t simply say “I’m Japanese,” like Makoto does, so he ends up closing up somehow.

SANDY  I personally feel like being hāfu is part of my identity, so I don’t have that same negative reaction, but I do understand. I personally know a lot of parents who don’t like it when people call their children hāfu. Everyone has a different background, so everyone can choose for themselves. I think that even people who have never personally experienced discrimination still think about who they are, and struggle with their own identity. 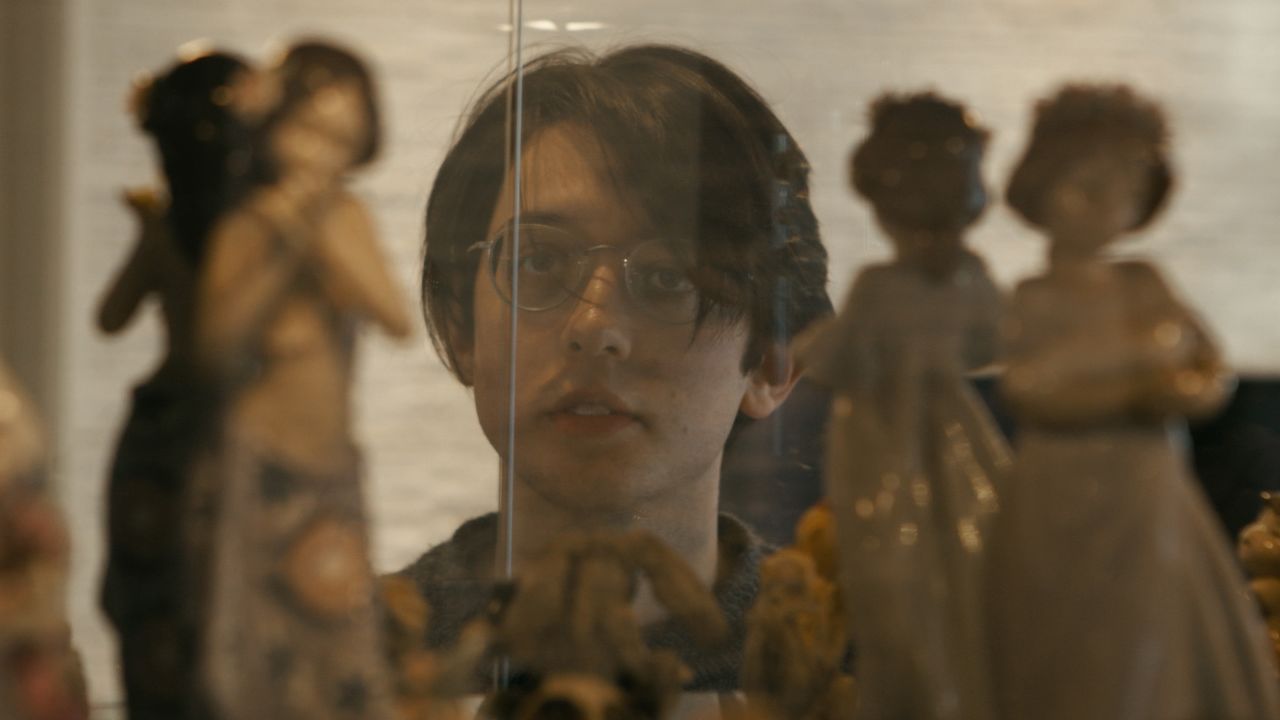 KU  It’s important to understand that people all have their own ways of thinking. It’s not about who is right or wrong, it’s about knowing that everyone has their own ideas about what they want to be called.

KB  I think all minorities, not just hāfu, experience being stereotyped, but it’s important to look beyond the labels and see each person as an individual. I think that’s one of this film’s main messages.

Toward a New Beginning

INTERVIEWER  I understand that filming occurred four years ago. Have you seen any changes in the situation for hāfu in Japan since?

KU  I do think there is more attention on people, but I don’t see any big changes. It’s really important that people like Hachimura Rui and Ōsaka Naomi are out there sharing their thoughts, and with these celebrities out there more Japanese are starting to understand, but the actual situation doesn’t seem to be changing much. I feel like we’re moving in the right direction, but we’re going to need some more time. 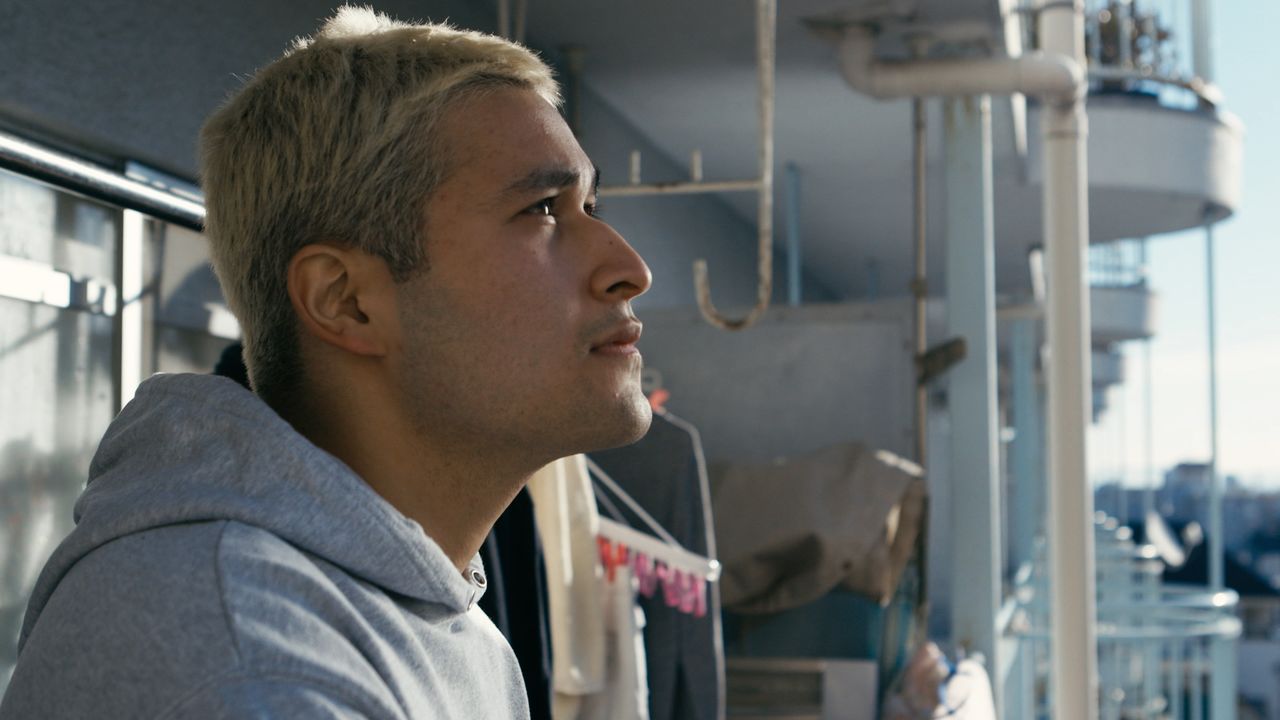 SANDY  But I don’t think this is solely a Japanese problem. I lived in Seattle for two years, and over there, people would say things like “Japan’s like this, right? There are still ninjas, right?” [Laughs] There are all these stereotypes, and it feels like everywhere is the same.

INTERVIEWER  Your film has had showings at the Osaka Asian Film Festival and New York’s Japan Cuts film festival. How have audience reactions been?

KU  We had a question-and-answer session after the New York screening, and we got a lot of questions. It felt so different from Japan. Lots of people actually thanked us for making the film. It was really touching.

KB  One woman—she wasn’t Japanese, but she was half South American—came to see it with her mother, and she said that afterward, the two of them were able to talk about the issues for the first time. She was so grateful, and it made me so happy.

SANDY  After the Osaka Asian Film Festival screening, a pair of Japanese twins, not hāfu, came up and said that they also shared a lot of the same issues. They struggled with their identity and were often stared at. 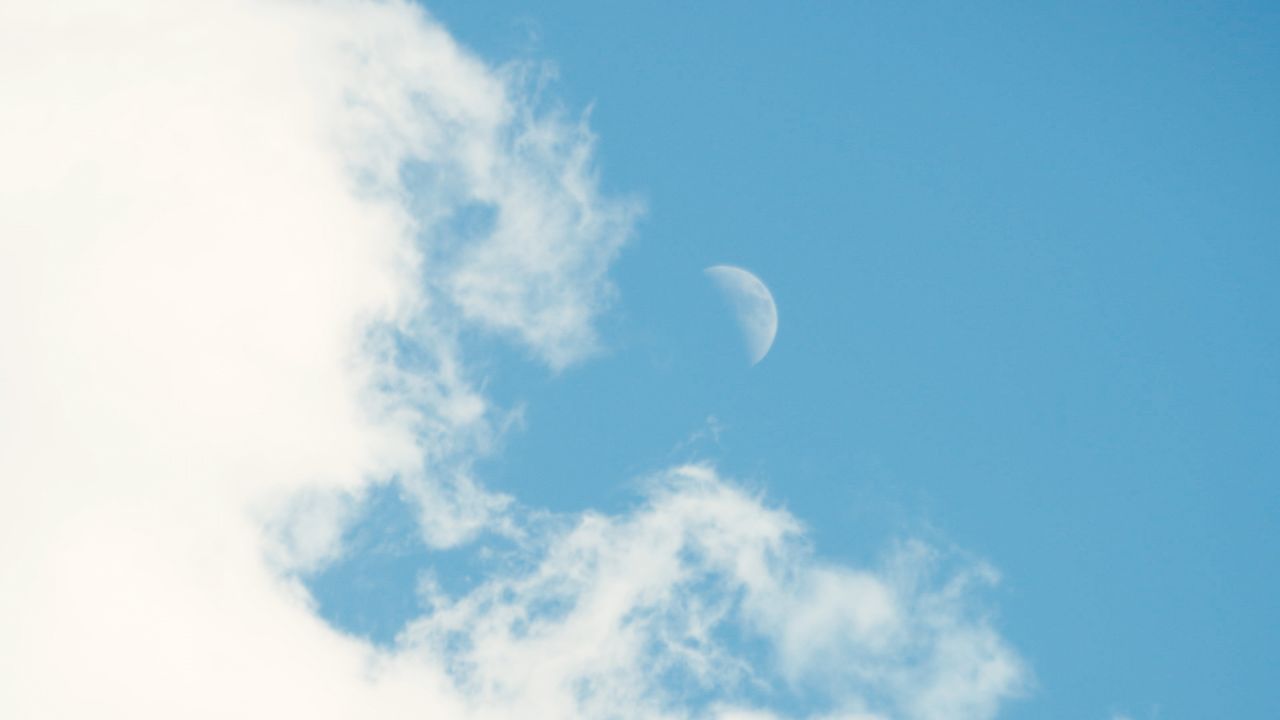 KB  I didn’t realize it at first, but we’ve discovered this story isn’t just about hāfu issues. And that’s a reason why I don’t want to come down and say, “this is the answer.” Everyone struggling with identity issues, not just hāfu, is different, and everyone will have their own answers. First, I want everyone to watch the film without any preconceptions, so their reaction is natural and pure.

KU  We’re not trying to change everyone’s way of thinking with this film, but it would be nice if it could help people who see it have conversations with their hāfu friends. I would be happy if the audience saw it and understood that there are all kinds of people in Japan, even noncitizens who were born here and don’t feel at all out of place.

SANDY  There are hāfu who you can tell right away just by looking, and some you can’t. Even people whose parents are both Japanese have their own backgrounds and experiences. I hope that it just becomes natural to view everyone as an individual. I want this movie to help spark new viewpoints, new conversations, and new situations. 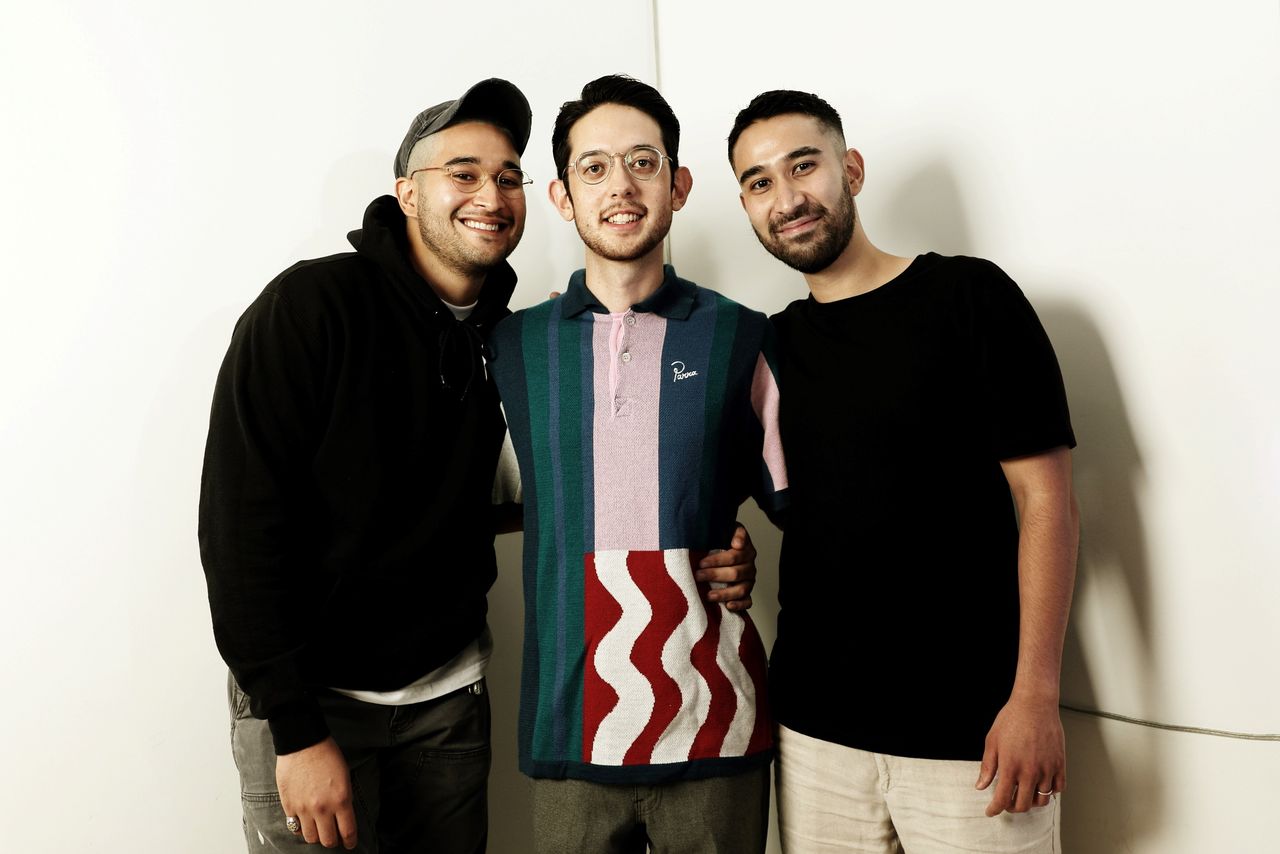 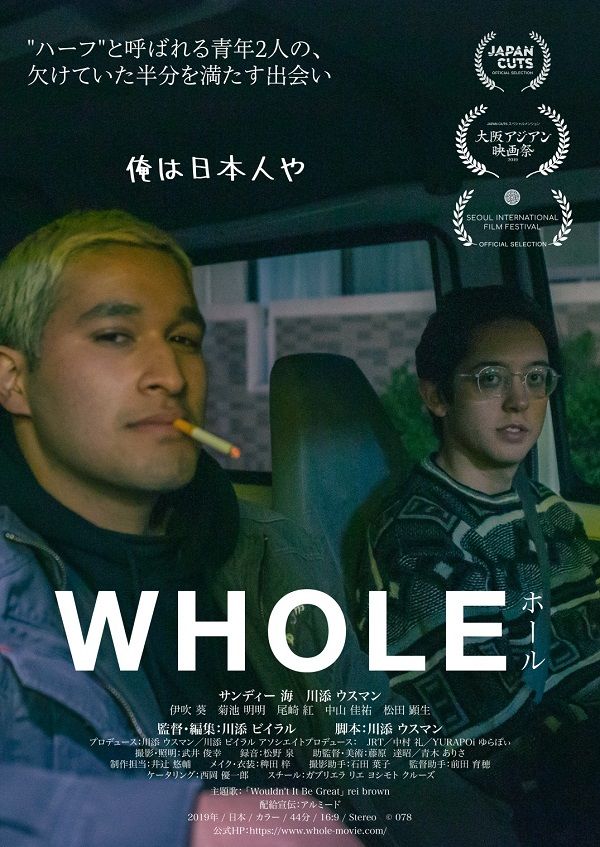