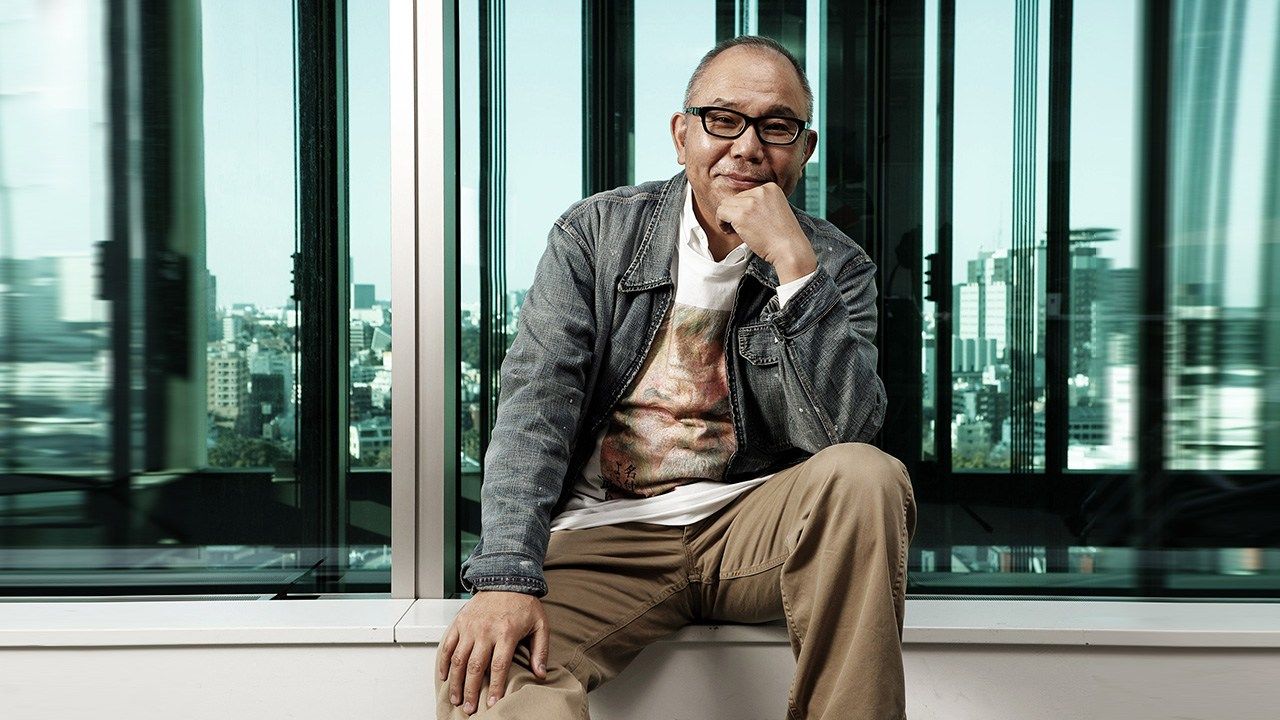 Standing Up to the Unnamable: Director Inudō Isshin on Working with Tanaka Min

Cinema Entertainment Art Feb 25, 2022
The 2021 documentary Nazuke yō no nai odori (The Unnamable Dance) examines the artistic concepts and philosophy of acclaimed dancer Tanaka Min. Filmed by director Inudō Isshin over two years, the piece incorporates animated segments recreating Tanaka’s childhood and footage of the farm work that helps to maintain his physique. We spoke to the director about how he captured the singular artistry of this unique dancer. 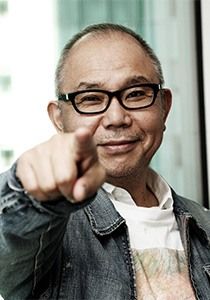 Having already established himself as a titan of dance—with some 3,000 performances to his name, in both grand halls and outdoor settings around the world—in 2002, at the age of 57, Tanaka Min made his acting debut in director Yamada Yōji’s Tasogare seibei (Twilight Samurai). The part would earn him that year’s Japan Academy Film Prize for Outstanding Performance by an Actor in a Supporting Role. He has since gone on to establish himself as a familiar presence in a range of movies and TV dramas.

His first collaboration with the director Inudō Isshin came in the offbeat 2005 comedy Mezon do Himiko (House of Himiko), in which Tanaka gave a memorable turn as the titular Himiko, a closeted father who leaves his wife and daughter to set up a nursing home for gay men. The pair’s serendipitous first encounter had come the previous year, at the 2004 Japan Academy Film Prize Ceremony, to which Tanaka’s prior win had seen him invited back as a guest presenter.

“At the awards ceremony, even among all those famous stars, he really stood out as the coolest person there,” remembers Inudō. “He was sat there looking uncomfortable, off to the side, so I assumed he was a movie production crew member or something, but it was almost as if there was a spotlight shining on him. From that moment it was clear to me that there was something different about the way he existed.”

When it came to casting House of Himiko, Inudō was so convinced that Tanaka was the only choice for the role of Himiko, the on-screen father of the lead character played by actress Shibasaki Kō, that he drove to the dancer’s home in the hills of Yamanashi Prefecture to persuade him to come onboard.

Inudō recalls their conversation: “He told me, ‘I can’t act. But I can put everything I have into just being there.’ And of course, the first time we met I had no idea he was an actor. I just felt drawn by his aura to approach him, so I said that was good enough for me. And from the very first scene we shot, where he appears from the shadows and enters the room where Shibasaki is waiting, I was sure we’d gotten something really special.” 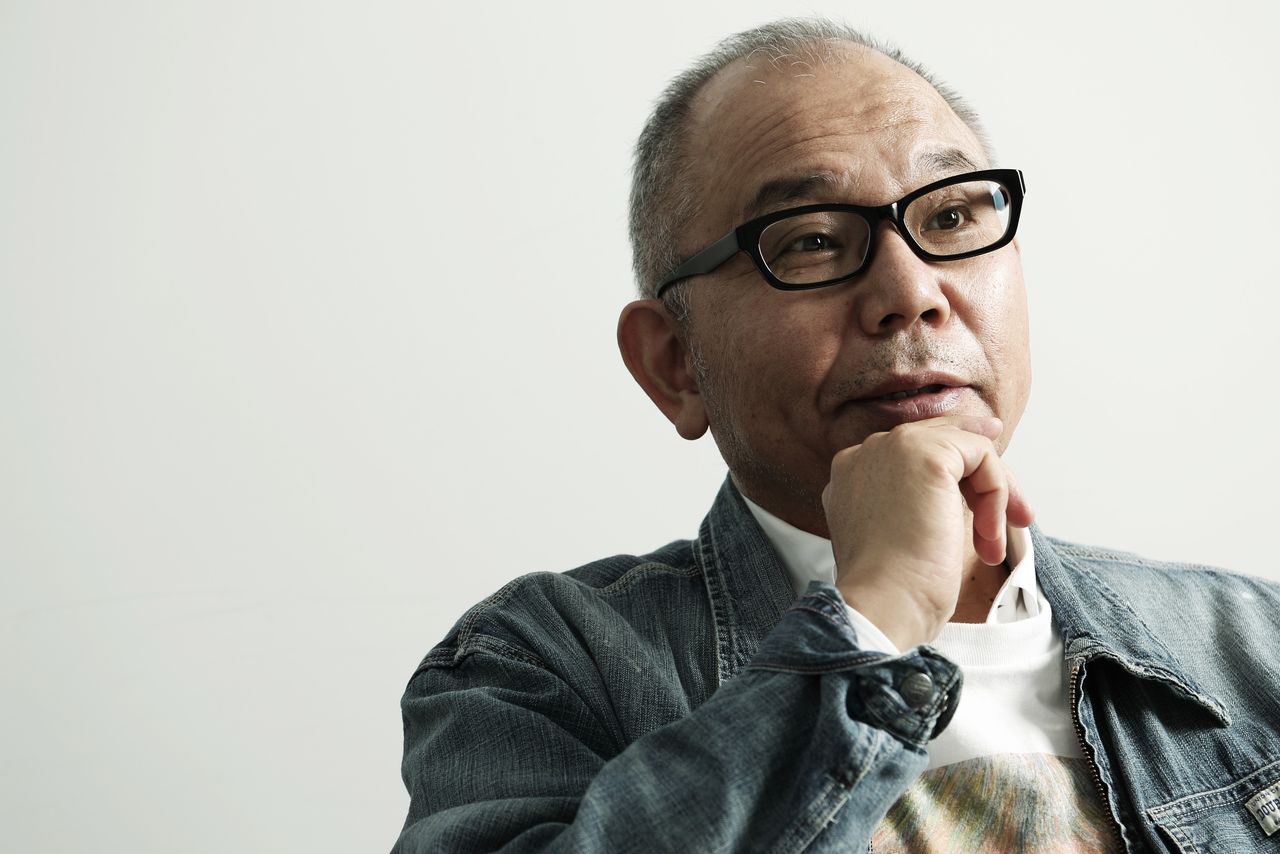 And while Inudō seldom goes to watch his actors when they appear on stage, he frequently makes exceptions for Tanaka, along with the Kyōgen actor Nomura Mansai II. “They both have the most extraordinary physical and verbal dexterity,” he explains. “I feel like their expressive motions and inner thought processes are in constant, real-time dialogue with one another. I feel strongly drawn to individuals whose physical and verbal sides play off of each other so perfectly.” 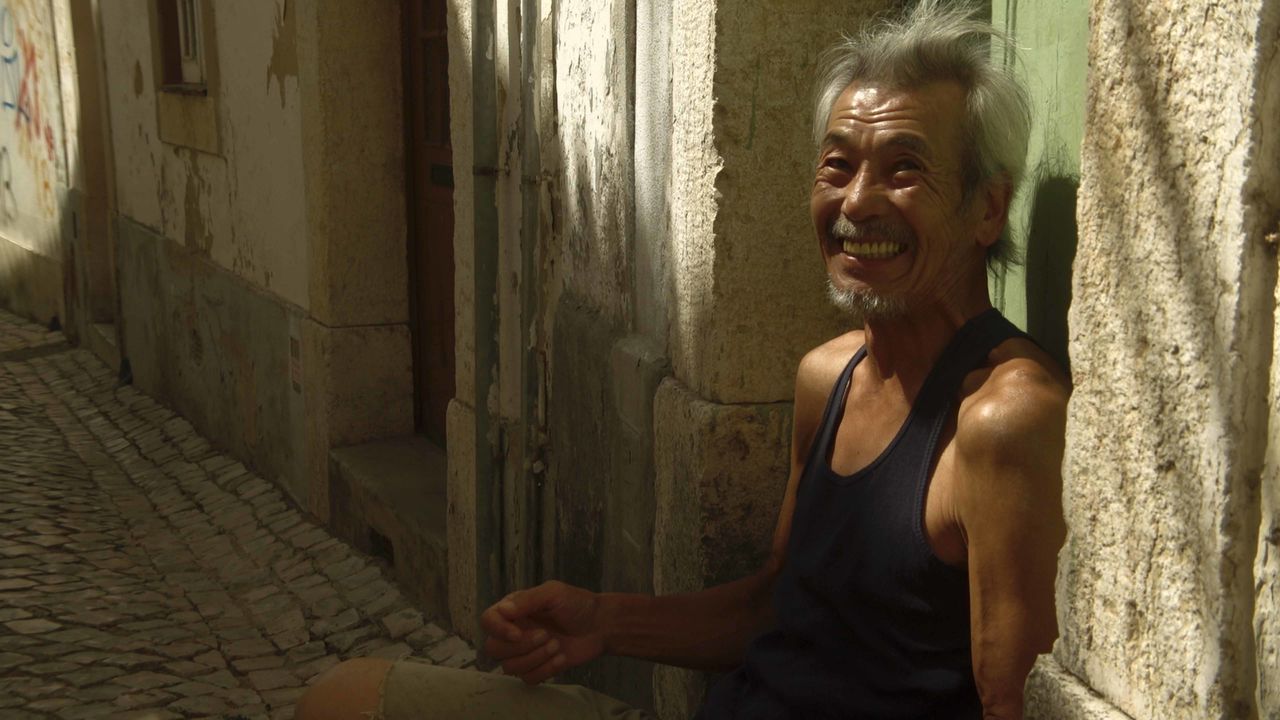 Born in 1945, Tanaka Min studied classical ballet and modern dance before developing his own style of dance in 1974, making his overseas debut in Paris four years later. (© 2021 The Unnamable Dance Film Committee)

Capturing the Essence of Fleeting Moments

In 2017, when Tanaka was scheduled to perform at an arts festival in Portugal, he invited Inudō to join him for the trip. And though Inudō initially started filming simply because he was there, that was the beginning of what would eventually become The Unnamable Dance.

However, Tanaka’s unique ba-odori approach, in which he absorbs the specific feel and mood of each location and reflects that in his dancing, is exceedingly difficult to adequately capture on film. In Tanaka’s own words: “Each performance is like a one-shot firework—impossible to re-create.” 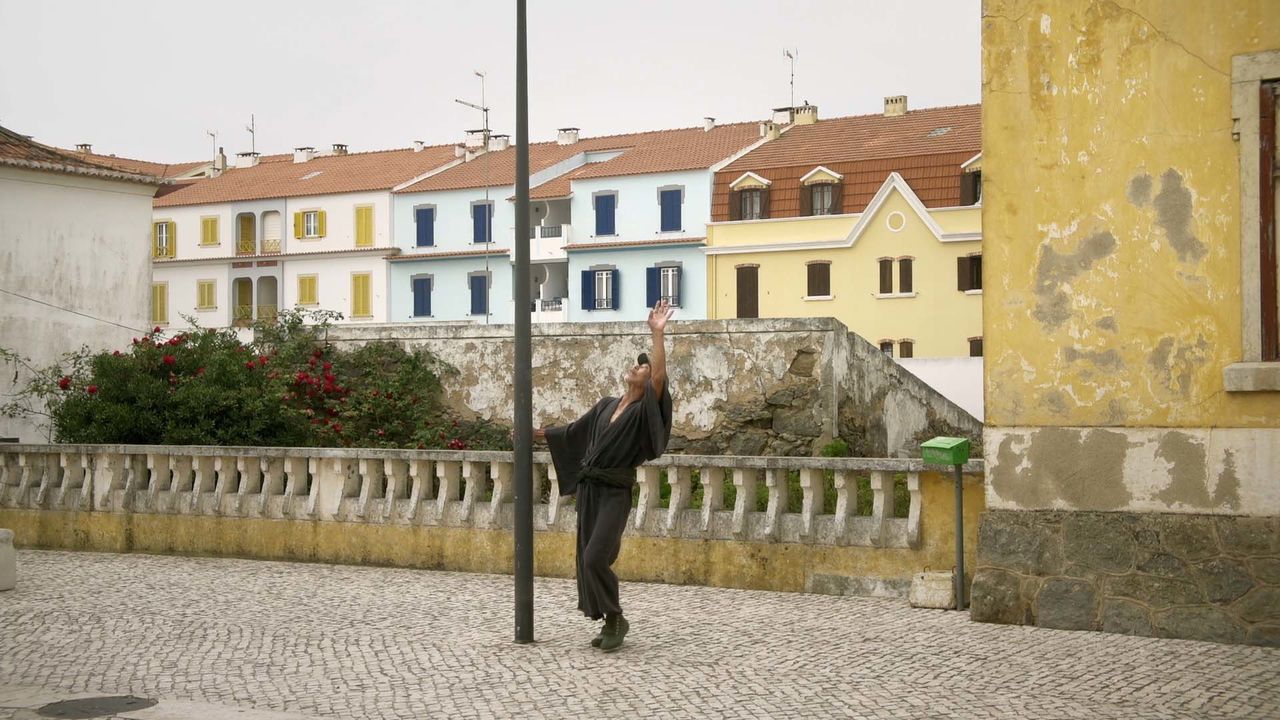 Inudō realized that to give cinema audiences a proper sense of the appeal, the essence, and the underlying philosophy of Tanaka’s dance, the first things he needed were high-end technology and superb picture quality. He enlisted cinematic camera operators and spent the next two years shooting with 4k equipment.

“I came to feel that Tanaka’s dance was composed of all the moments he spent getting to the place where he performed, and returning from it, as well. If only I could find a way to bring that sensation to the screen, I’d really have something, I thought,” says Inudō. “I have to admit, though, that while I’m watching him dance, I tend to close my eyes and let my thoughts drift elsewhere from time to time. This sort of weight of his performances—this tedium, for lack of a better word—is something that only comes when the watcher senses the length of time the dance takes. So I decided to insert some other elements into the film to get closer to that feeling I get when I view the dance, and that’s how we settled on the animated scenes.” 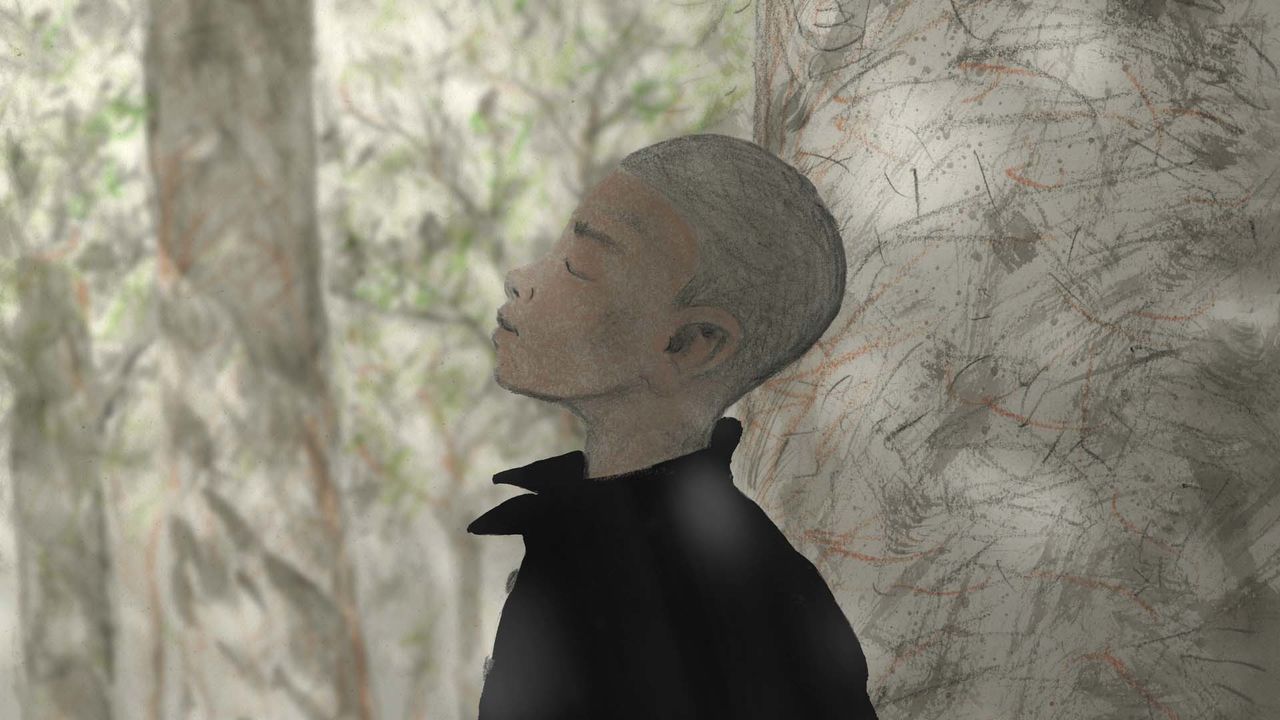 In the final film, snatches of performance footage captured from 2017 to 2019 are interspersed with animated sequences re-creating Tanaka’s childhood memories. These evocative vignettes were created by the animator Yamamura Kōji, a specialist in cine-calligraphy, a technique based on scratching film directly with a stylus. Tanaka himself provides the voice-overs for these scenes, lending them a unique tone.

Inudō explains this decision: “Yamamura and Tanaka may come from different fields, but their approaches and mindsets are really similar. I knew that Yamamoto’s animation would be able to hold its own with Tanaka’s dancing, so I left all the childhood scenes to him. And just like Tanaka’s dance, cine-calligraphy has that one-off, unrepeatable quality. But it’s a technique that no one uses anymore, so it ended up costing us quite a lot of money!” he laughs.

Alongside the performance footage and animation are glimpses of Tanaka hard at work honing his physique as he tends the fields around his rural home. What the piece as a whole brings into focus by swimming against the tide of modern society and its constant pursuit of efficiency is the irreplaceable nature of time. 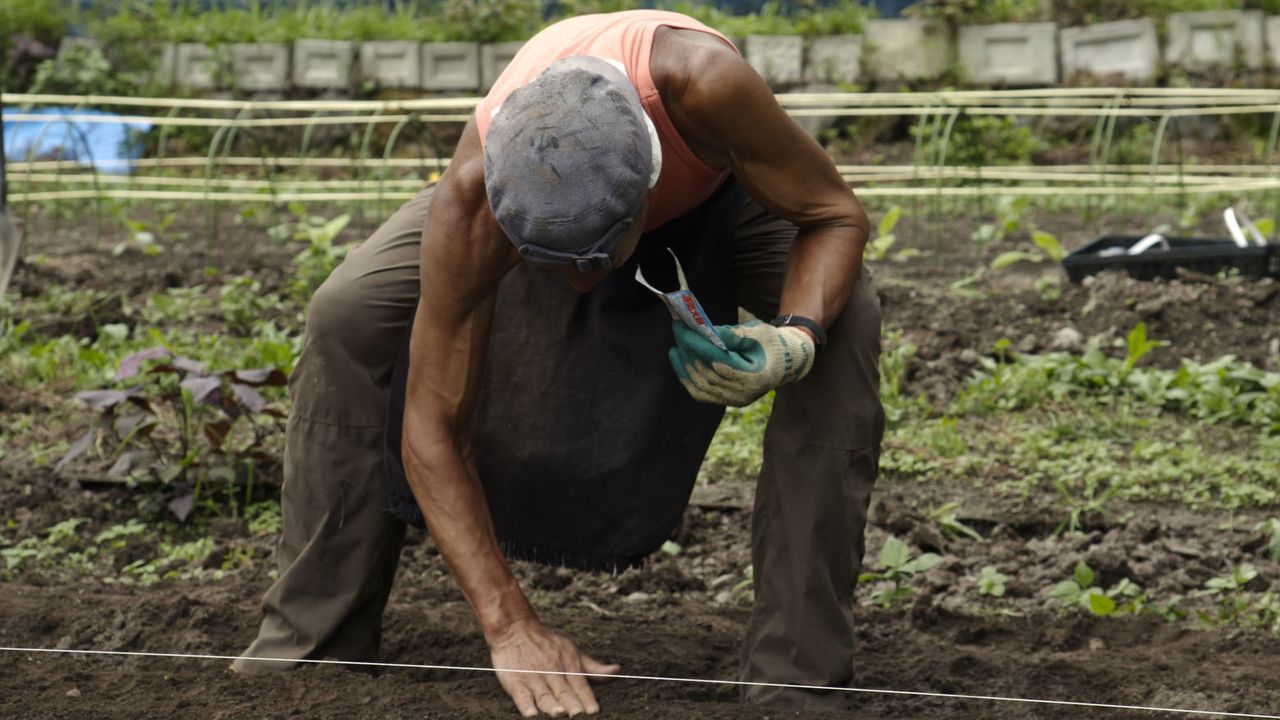 At the age of 40, with the aim of maintaining his physique for dancing, Tanaka set up a farm in Yamanashi Prefecture near the base of Mount Fuji. (© 2021 The Unnamable Dance Film Committee)

“I never normally go to all this trouble in my filmmaking, and I usually try and make things a bit more fun to watch,” the director explains. “But this time, to give things the kind of weight I was aiming for, it needed to have just the right level of tedium, which is why the film ended up being two hours long. These days everyone’s terrified of boring their audience, so they cut out all the dull parts. But take a film l love, Dirty Harry—it’s a superlative action movie, but it has this amazing balance of peaks and lulls. When it’s just one peak after another, sure enough, the audience might not get bored, but you just don’t get that same rush as you do when a peak suddenly explodes after a lull in the action. With this film, I’ve tried to replicate the feel of Min’s dancing in my own particular way. I think you have to see it at the cinema to get the full experience.” 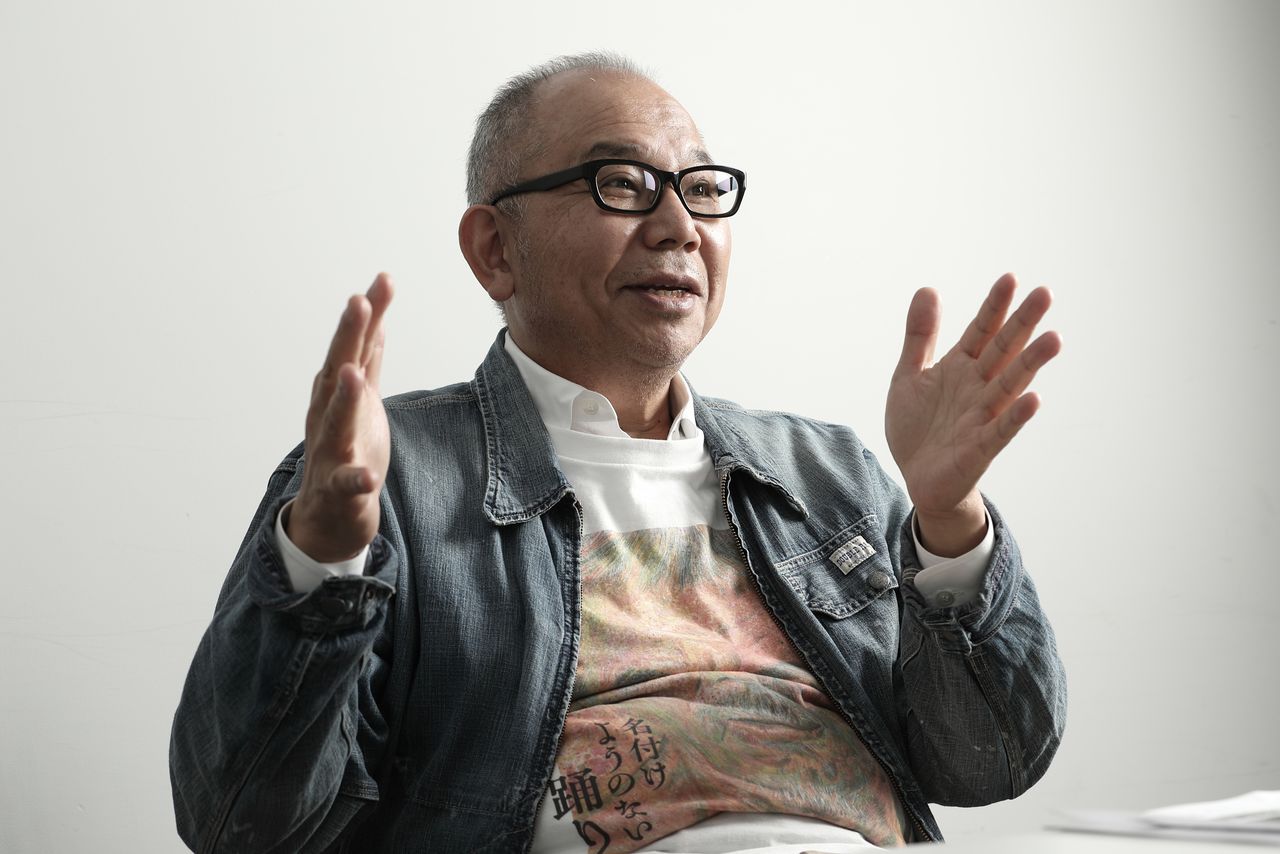 The Unnamable Dance is also scheduled for a number of “barrier-free” screenings. At selected theaters, viewers with visual or hearing impairments can enjoy access to a personal audio guide or subtitles via a dedicated smartphone app. For Inudō, this initiative has brought new insights.

“To tell the truth, I thought it would be near-impossible to convey a proper sense of Tanaka Min’s dancing to audience members with visual impairments. But at the trial preview screenings and focus groups we conducted, there seemed to be a sense that we had managed to deliver on that. I was shocked to hear from one of our participants that they felt Tanaka’s dancing was not only coming across, but coming across correctly.”

Consider the scene pictured below, in which Tanaka stands in a loose kimono beside a colossal boulder on a beach in Portugal. He slowly raises his right arm, accompanied only by the sound of the waves. Then, there is a sudden jump cut, and Tanaka is pictured standing amid the waves as he slowly crosses both arms. 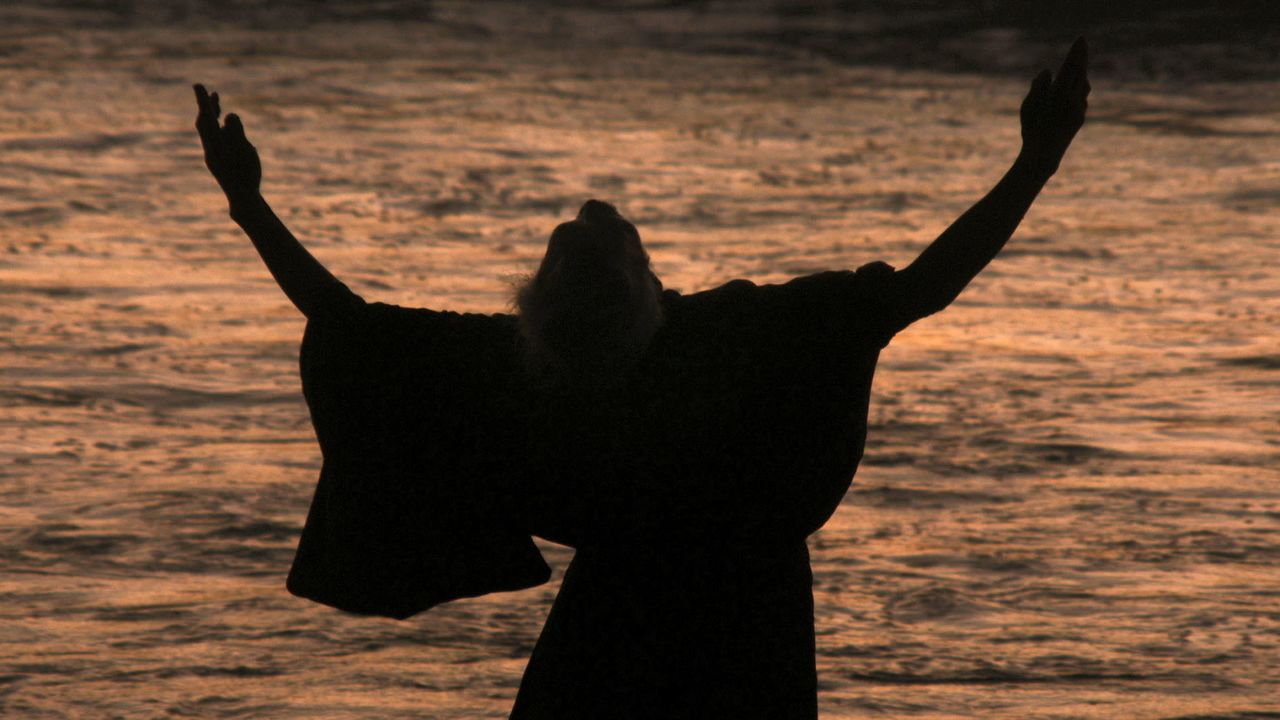 “I also do a lot of TV commercials and serial dramas, so I have a pretty intuitive grasp of what angles to shoot from, or what lens to use to make a particular scene look good,” explains Inudō. “I think I instinctively used the same approach when shooting this film, but the simple tricks I use are no help to people with visual impairments. And in fact, through the sound and the audio guide those viewers probably get a much more accurate sense of Tanaka’s dancing than you ever could through my visuals. I really felt that extra potential.

“I’d never really thought about it before, but I realized that the way I use a telephoto lens is pretty played out, and that made me wonder what it is I like about those techniques. I realized that in rolling out all my past experience, and all the techniques I’ve learned on the way, I was probably just attempting to measure up to Tanaka Min’s dancing.” 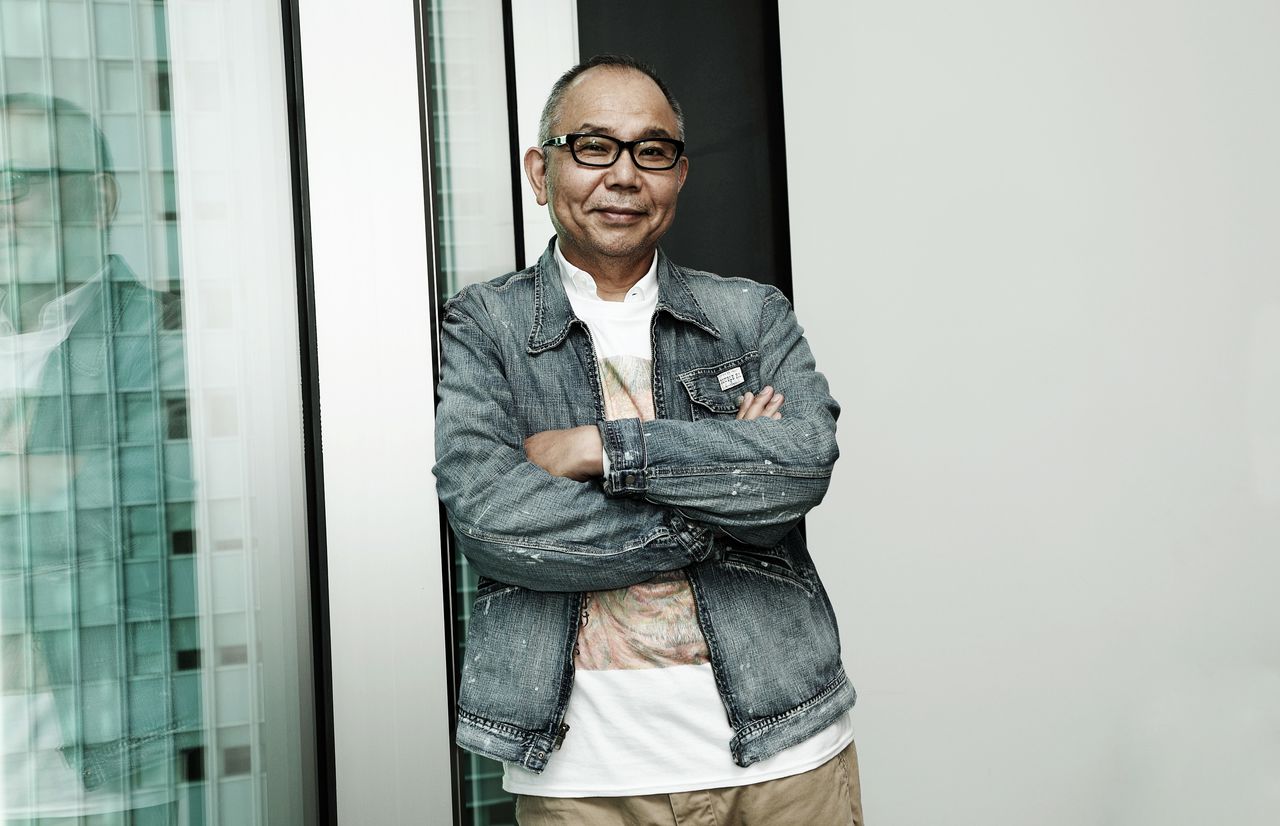 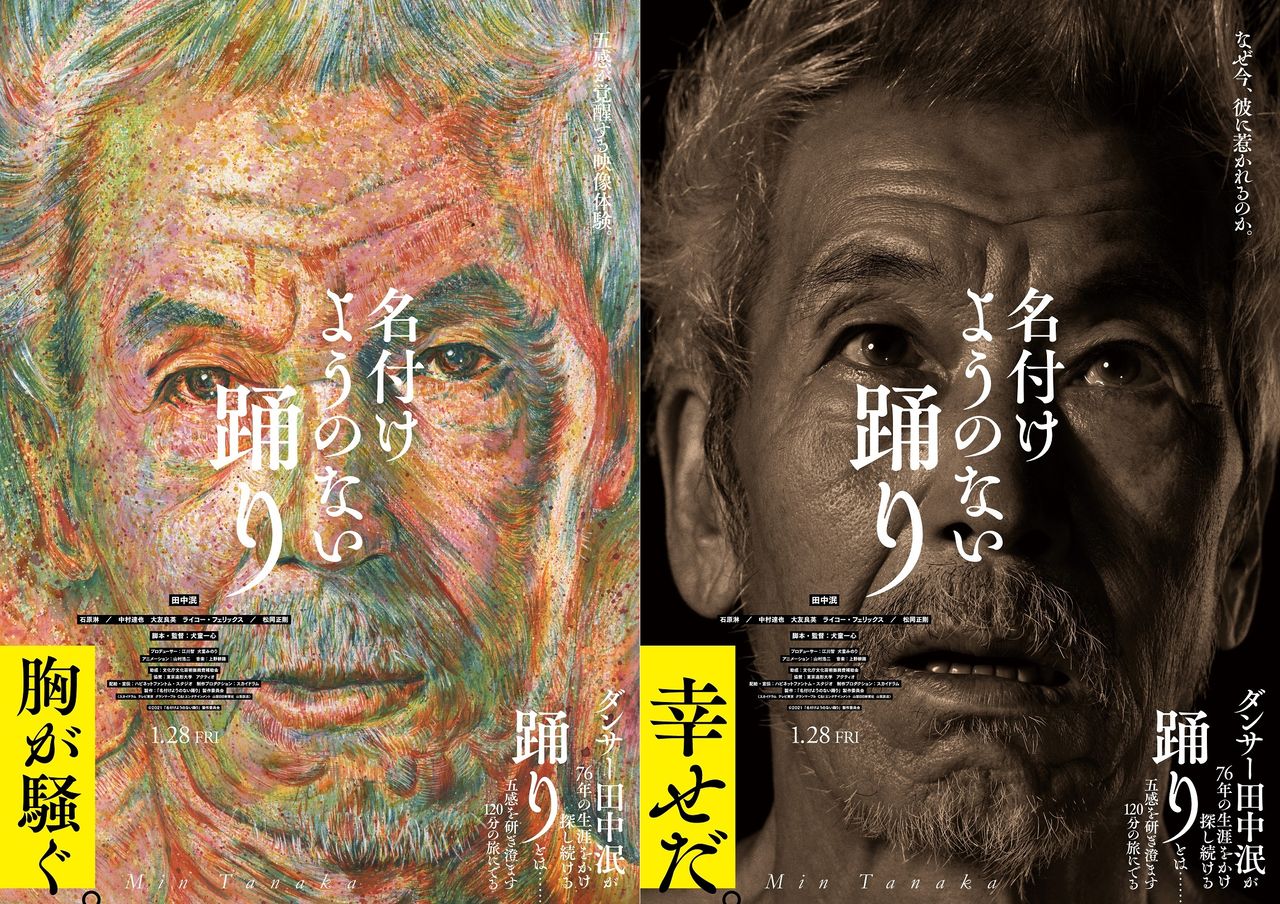