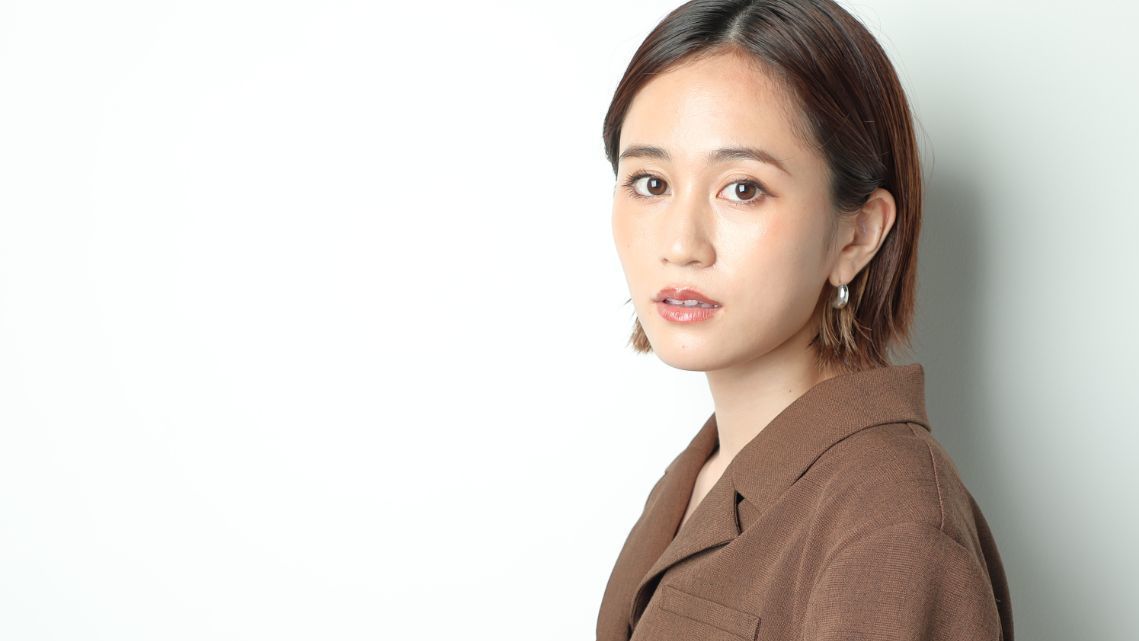 Cinema Dec 8, 2022
Since leaving her position in the wildly popular idol troupe AKB48 in 2012, Maeda Atsuko has been exploring her range as an actor. In 2022 she appeared in the film version of a hit 2015 play as part of a star-studded cast. A talk with Maeda about her acting career and the challenges she faces as a working mother. 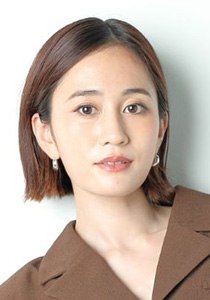 Born in 1991 in Chiba Prefecture. A former member of popular idol group AKB48, she left in 2012 to pursue other projects. Began her acting career with Ashita no watashi no tsukurikata (How To Become Tomorrow’s Myself) in 2007. Had her first starring role in 2011’s Moshi kōkō yakyū no joshi manējā ga Dorakkā no “Manējimento” o yondara (What If the High School Baseball Team’s Manager Read Drucker’s Management?). Since then, she has appeared in films like Machida-kun no sekai (Almost a Miracle), Tabi no owari sekai no hajimari (To the Ends of the Earth), Kurenazume (Remain in Twilight), and on stage in Fakespeare and in the musical Yoru no onna-tachi (Women of the Night).

“Don’t Think With the Head.”

Playwright and director Nemoto Shūko, who writes and produces all the pieces for an eponymous monthly theater troupe, first presented her piece Motto chōetsu shita tokoro e (To a More Transcendent Place) in 2015. Recently, she also helped adapt it into a screenplay for the 2022 film version, which featured a star-studded cast including Maeda Atsuko, Kikuchi Fūma of the pop group Sexy Zone, and Chiba Yūdai. 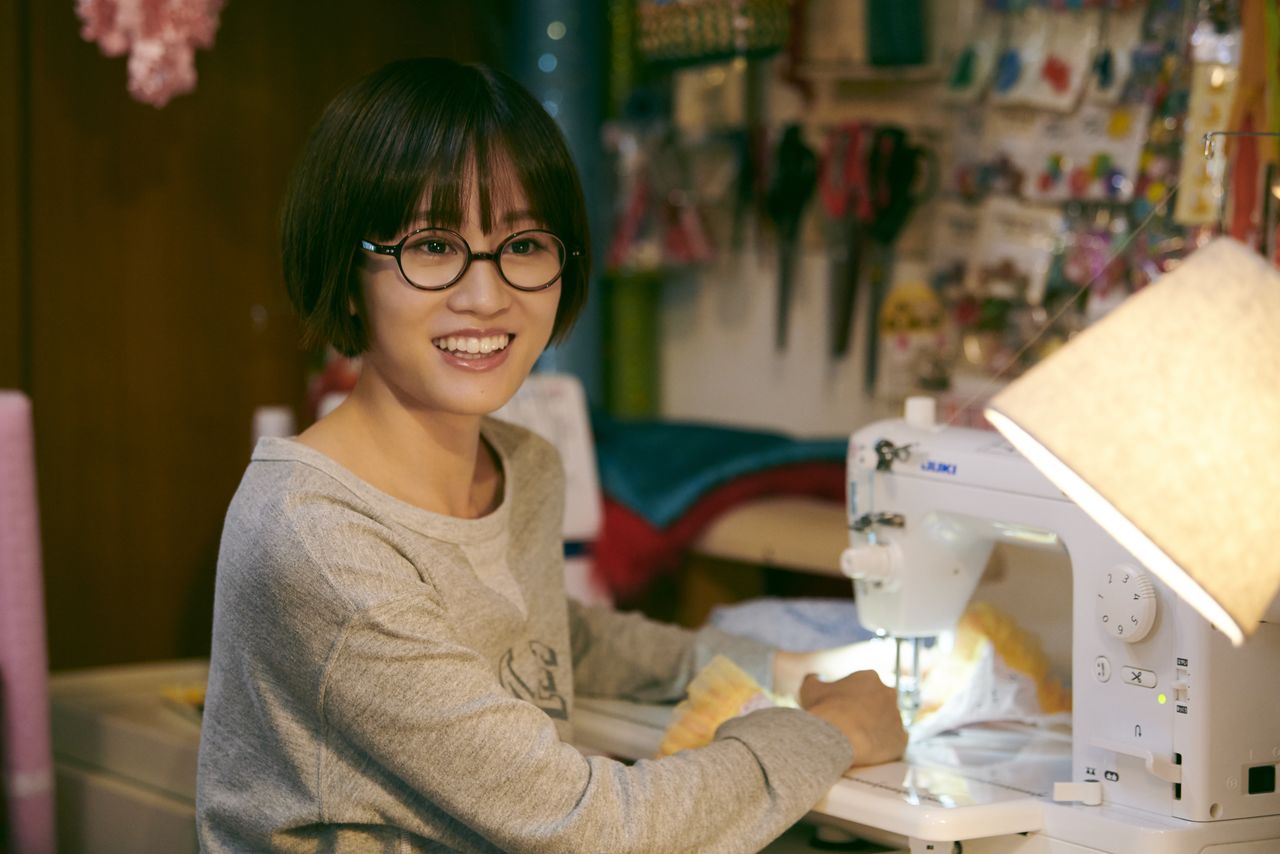 The film’s director, Yamagishi Santa, who made a name for himself with the 2018 drama Bōkyaku no Sachiko (Forgetful Sachiko) and music videos for pop star Hoshino Gen, depicts the painful story of four women who struggle with the trials of love and their attraction to “bad boys,” using unexpectedly bold compositions and visual techniques.

In the film, one of the bad boys in question is struggling musician Reito (Kikuchi Fūma), who shows up out of the blue looking to room with Machiko, played by former AKB48 star Maeda Atsuko. He treats her with condescension and privilege, despite not even paying any rent or living expenses. Machiko eventually begins a romantic relationship with him, but is outraged to learn that his ex-girlfriend still sends him money every month.

“I like the worldview that Nemoto brings to her work,” says Maeda. “When I read the script, there wasn’t a single part that I didn’t get. The whole time I was acting, I was thinking ‘I bet this is what Nemoto felt.’ All the scenes full of anger and tears seemed to come from a much more emotional than rational space, so I told myself not to think with the head. How do you react to what your partner brings? We all have moments where we use our heads to think, like concentrating on work or hanging out with friends, but I think we also have others, like when you’re fighting with your partner, and you encounter this unknown part of yourself.” 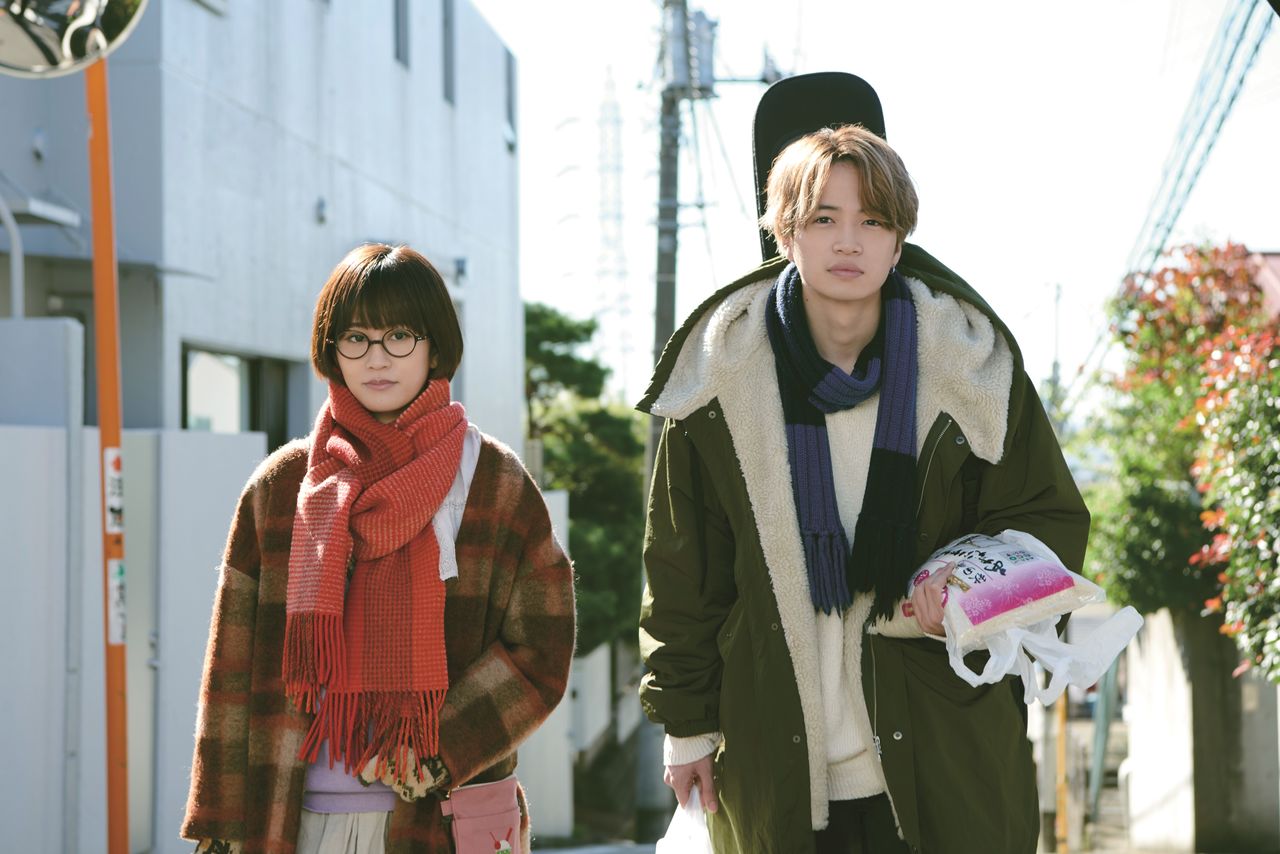 Looking at roles Maeda has played in the past brings the sense that many have not been entirely straightforward and have had particular quirks. Is that because she’s sought out such roles intentionally? Or is that those kinds of offers just come her way?

“When it comes to film and theater work, I basically take every offer I can, timing permitting. This work is about creating a world out of lies, but the people creating it aren’t lying themselves. I feel like all these honest people gather and do honest work. I love it. More than the pieces themselves, I think I like the characters of people working in film and theater.” 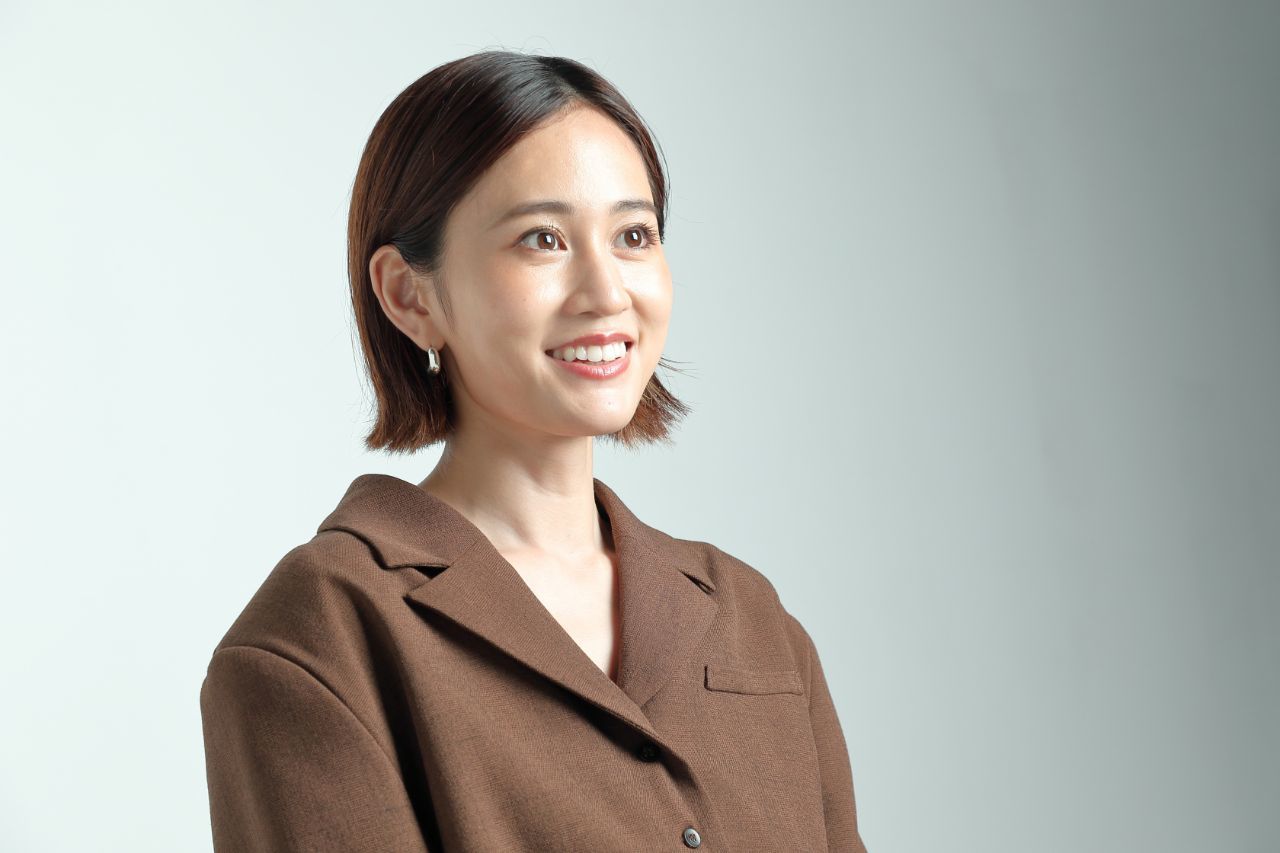 Even so, she is a clear cinephile. In 2015, she published a book of essays introducing 170 movies, Maeda Atsuko no eiga techō (Maeda Atsuko’s Movie Notebook). “I used to go cinema hopping to repertory theaters and see about five movies a day,” she recollects. That inspires me to ask about the rumors of her eating something rather unexpected to avoid making noise in a darkened theater.

“One time, I did eat sashimi in a movie theater. It was the cinema under the elevated tracks in Shinbashi, the Shinbashi Bunka Theater. They let you bring in your own food and drink, and the old guys there would drink sake while they watched, so I figured, why not bring in some sashimi?” she admits with a laugh. “I thought, you know, I don’t use soy sauce on my sashimi. I want to watch a movie, and I also want to eat sashimi. It must sound really selfish of me! [Laughs] People say a lot of what I do is strange, but I just turn it right back and tell them it’s my life to live!”

Popularity as a Fluid Thing

Maeda has made a full transition to acting, but says her pop-idol days are not forgotten. Looking back, she says, “I never had the sense that I was all that popular. I managed to stay pretty calm about it. Popularity is such a fluid thing. No one knows where it’s going to go in the future. You have no idea why people get interested in you, and then time moves on and it ends before you can figure it out. But even now it’s over, it’s not something I miss. If I’d had any desire to try to hold on to it, I never would have quit being an idol.” 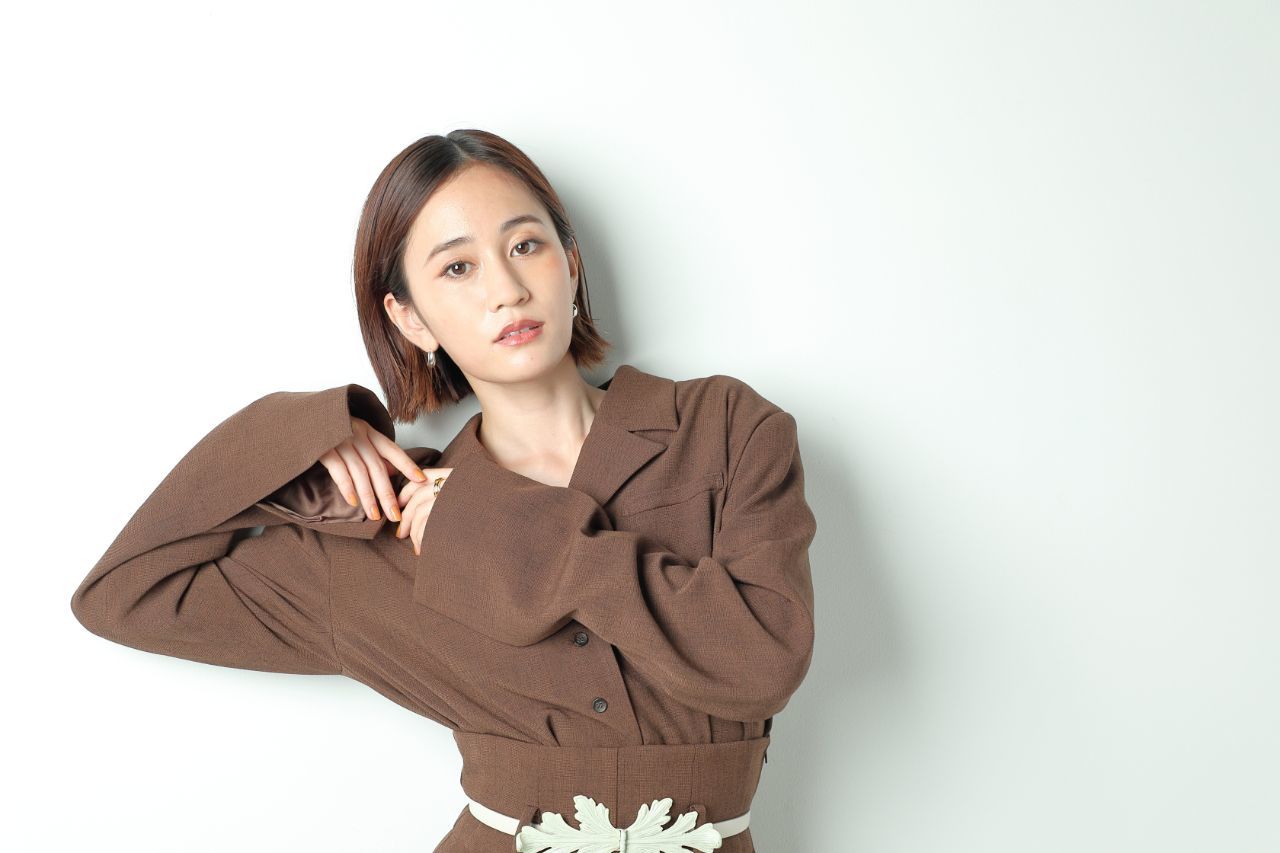 Looking back, she says, “I was perhaps just too busy focusing on myself in my idol days. I never made time to think about people around me. I never got myself into an environment where I could communicate properly with others until after I left AKB48, and that was when I was twenty-one. That was when I finally got the chance to actually experience these human feelings in my own life. Now, I really like communicating with people around me, and it’s so interesting to meet all kinds of new people through my work.” 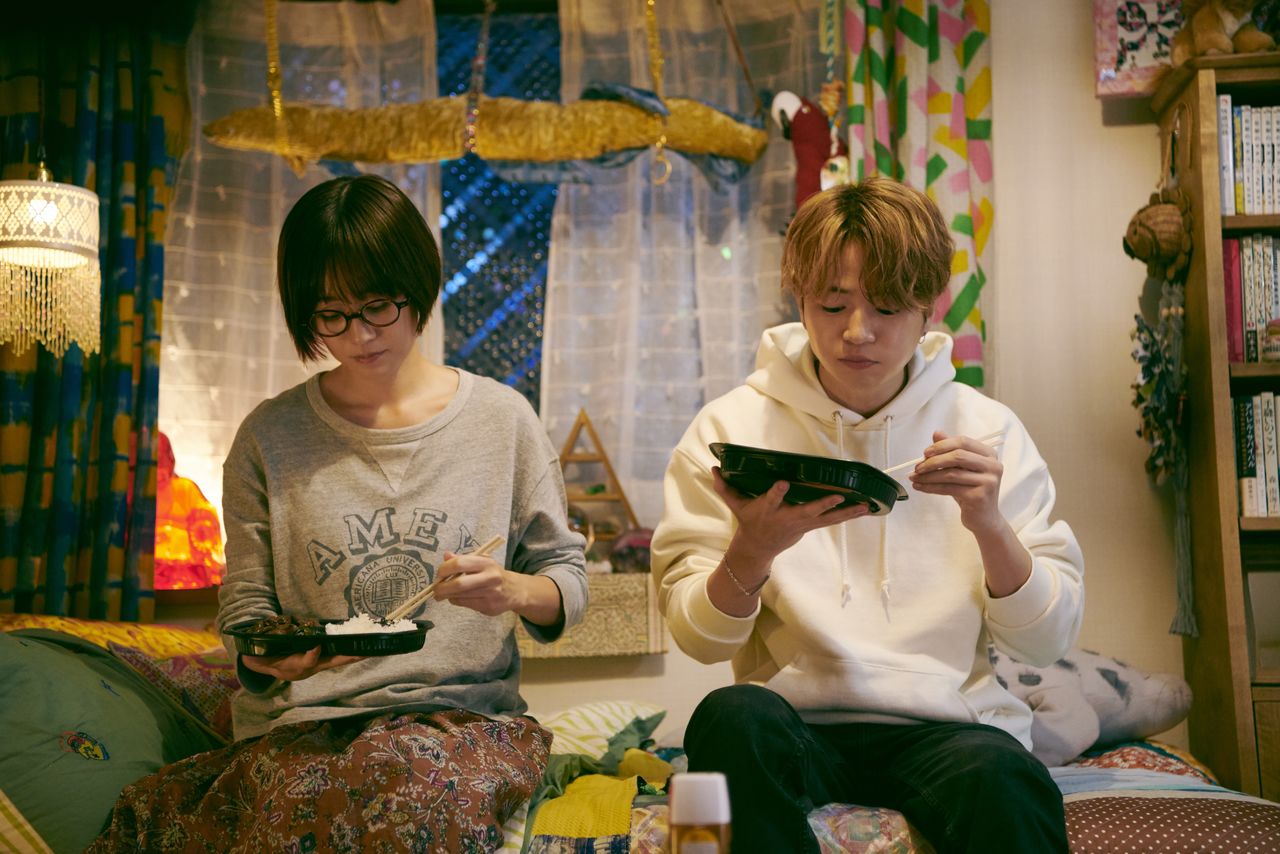 Reito is terribly proud of choosing the most expensive boxed meal to bring back to Machiko. (© 2022 Motto chōetsu shita tokoro e Production Committee)

Maeda is reaching a new high in life experience now, as she takes hold of the intricate flow of her work and raises a child at the same time. The day of this interview, she had started early with television series filming, and after the interview she is on her way to a stage rehearsal. And yet, she betrays no hint of exhaustion. On the contrary, she seems positively overflowing with energy. When asked what powers her, she can only laugh and say, “I wonder about that myself! But I’ve never been very sedate, actually.” The smile she shows is free of worry.

“I’m doing lots of different work right now, but I think that actually suits me. It feels much better for me to be busy than to just sit quietly at home. They used to tell me that waiting is part of the job, but just sitting and waiting for something to come isn’t enough for me. Since I had the chance, I wanted an environment where I could hop onto any fun thing I found. I think that’s why I went independent.” 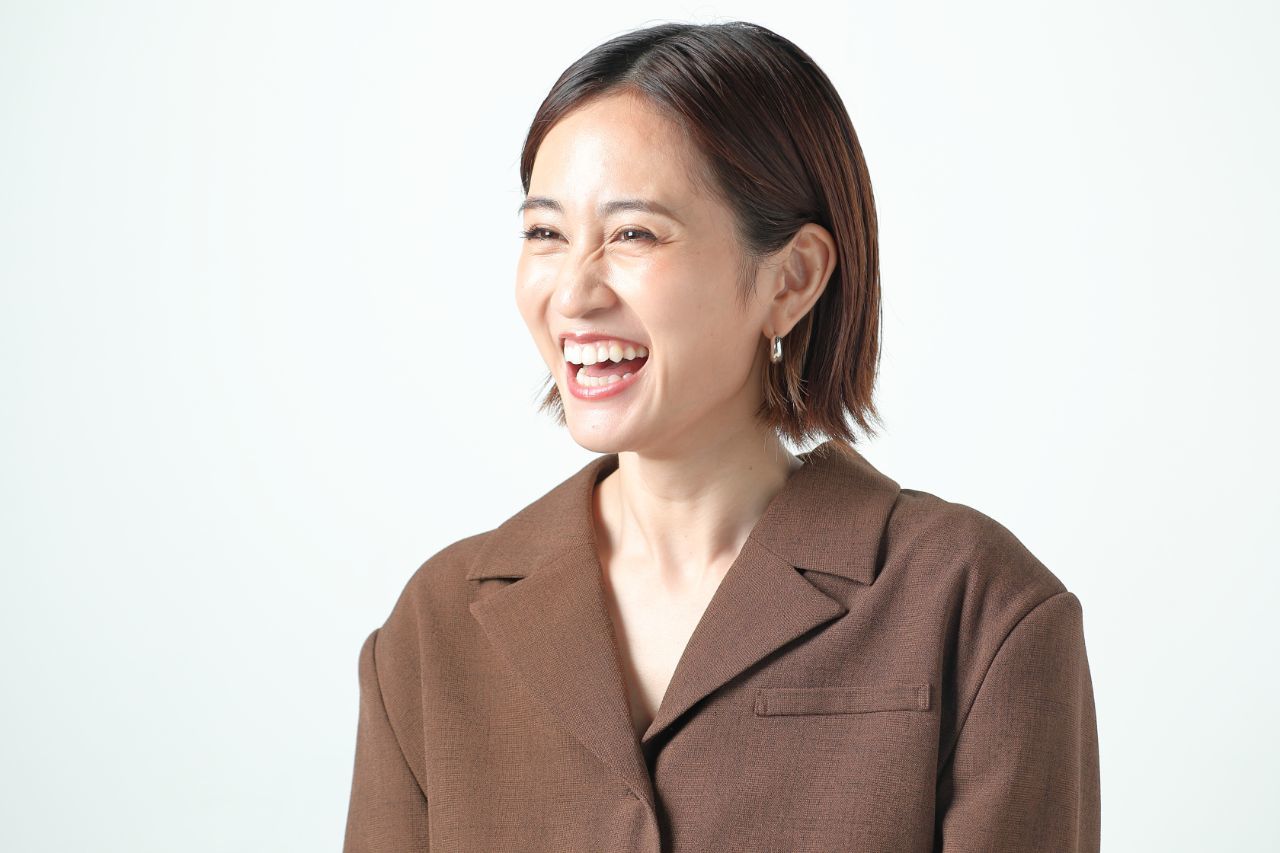 She says that her motto now is, “Don’t push it, and just go ahead and live life your own way.”

She goes on to explain, “I’ve been working in this industry for eighteen years now, and I finally feel like I can look around and say I’ve made a place for myself. So, now, if there’s something I want to try, then the most important thing is to just experience it. I don’t even worry about how I go on from there. Because everyone makes mistakes the first time they try something.”

But then, the way the world usually works is that once you stumble, it’s hard to keep trying. What’s her secret for getting past that?

“I guess it’s knowing the right way to rest. If you say ‘I’m quitting’ even once, then everything leading up to that is just finished. So it’s important to avoid that kind of final declaration and keep at things, taking it nice and easy. I want to be able to adjust my work pace to fit my lifestyle sometimes. I might say, ‘I’m really busy raising my kids right now so I’d like to put more emphasis on private time,’ so I can really live life my own way. My work puts me in front of people, but honestly, I live a normal life just like people in other professions do. I take the train to rehearsal and ride my bike to pick up my kid!” she says, laughing. 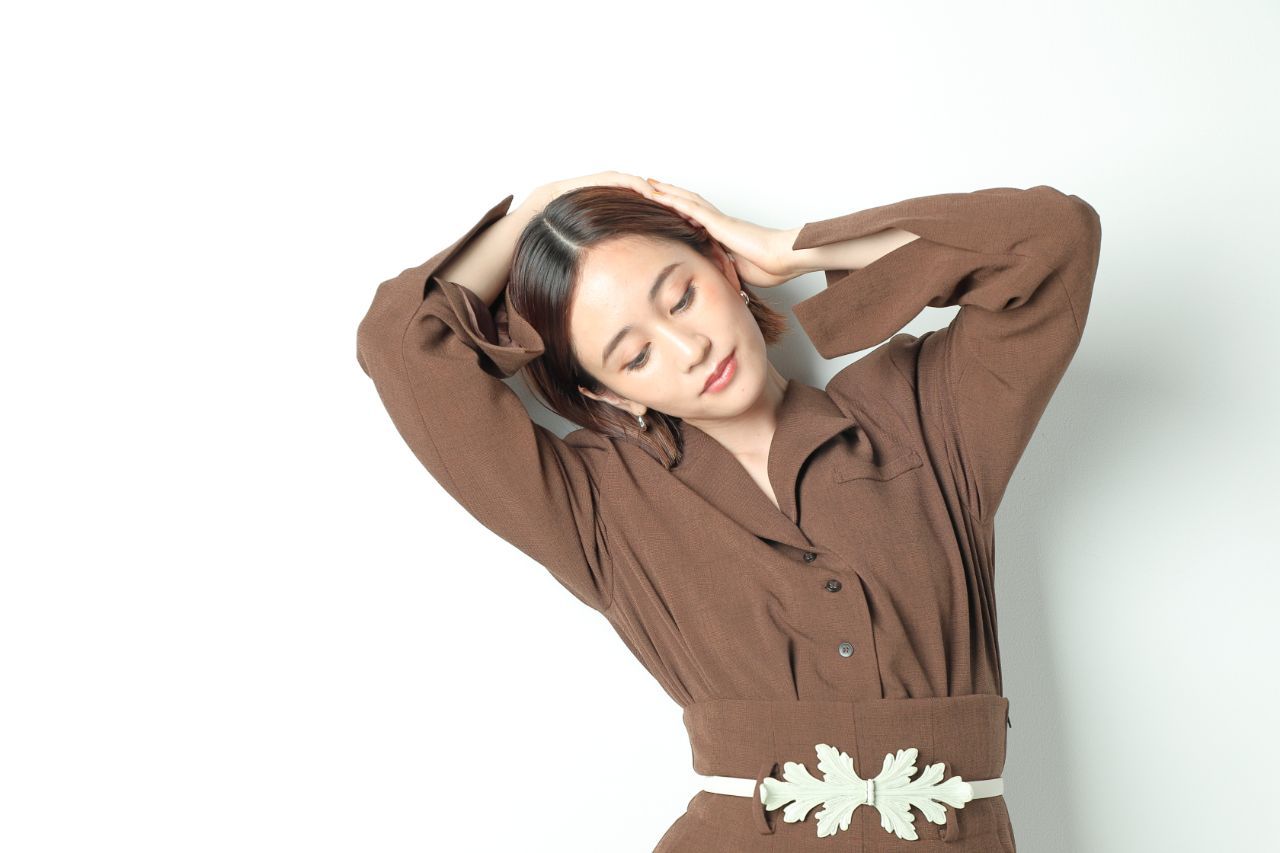