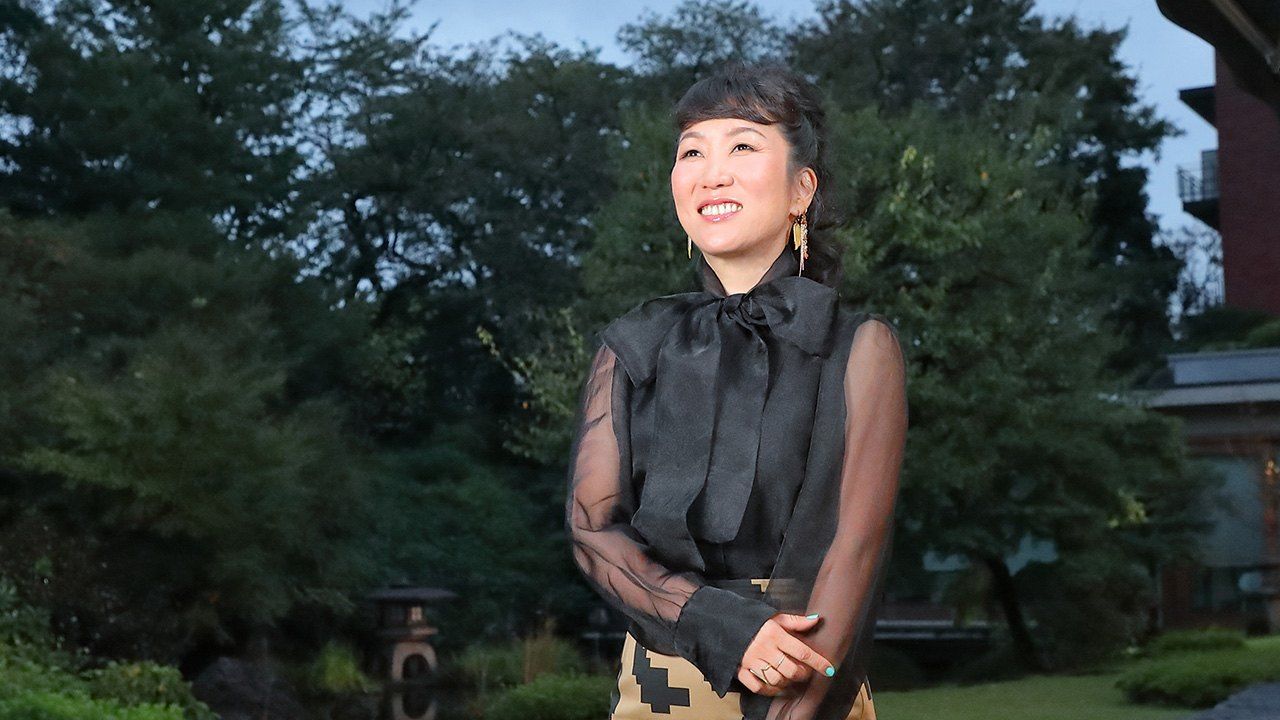 Hikari’s “37 Seconds”: A Story of Cerebral Palsy and Self-Discovery

Culture Feb 14, 2020
Japanese film director Hikari has won critical acclaim for her first full-length feature film 37 Seconds, a work that delves into the desires of a young disabled woman. 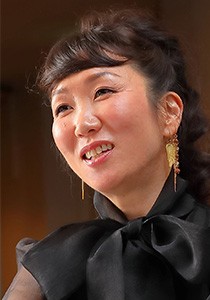 Film producer and director based in Hollywood. Born in Osaka. Spent time in the United States as a high school exchange student before attending Southern Utah University. Moved to Los Angeles after graduation. Entered the University of Southern California film school at 30. Her award-winning 2011 short Tsuyako screened at film festivals worldwide. In 2019, her full-length debut 37 Seconds premiered at the Berlin International Film Festival, claiming two awards in the Panorama section, and was nominated for the GWFF Best First Feature Award.

Japanese director Hikari is one of cinema’s fastest rising stars. In 2019, she debuted her first full-length film, 37 Seconds, to critical acclaim at the Berlin International Film Festival. The unflinching tale of awakening centering on a young woman with cerebral palsy won audience and art cinema awards in the Panorama section of the festival, helping establish her reputation as a gifted director and screenwriter.

The work follows earlier acclaim for Hikari. A graduate of the University of Southern California’s famed school of film, she first showed her talents behind the camera with her 2011 USC thesis film Tsuyako, a 23-minute short depicting a woman’s struggle between love and duty in postwar Japan. The moving work, inspired by her grandmother, screened at more than 100 film festivals around the globe and garnered 50 awards.

Hikari, born Miyazaki Mitsuyo, admits she had hoped to shoot Tsuyako as a feature film, but that the historical setting made the expense of such an undertaking impractical. “I didn’t have the budget to tell the story at length in the way that I envisioned,” she explains. Following the film’s critical success, the animated Osaka native kept busy directing, writing, and producing, but remained intent on making a full-length work. Chuckling, she says, “I figured if I kept cranking out a script each year I’d eventually come up with something with broad appeal that I could make on the cheap.” 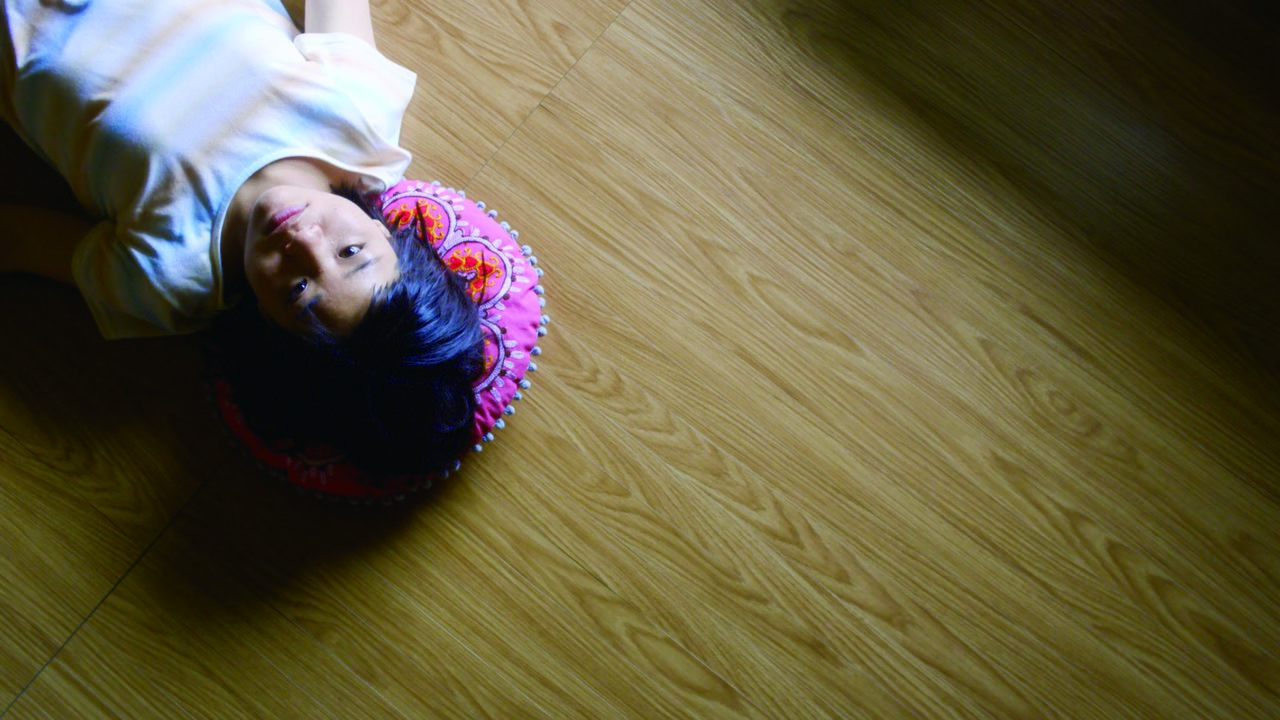 Yuma, played by Kayama Mei, in a scene from 37 Seconds. (© 37 Seconds Film Partners)

That chance came in the form of 37 Seconds. With the script, Hikari joined a screenwriting workshop run by the Sundance Institute and Japan’ national broadcaster NHK. Since 1996, the two have paired in inviting three up-and-coming Japanese screenwriters to learn from leaders in the movie industry. Hikari says it was a valuable opportunity to polish her writing. “Each day a different instructor would oversee our progress, and I took advantage of every bit of advice they gave.” In 2017, the script won her a coveted place in an intensive screenwriting and directing program run by Film Independent, which also promotes new talent. Some 1,200 people applied to the program, and Hikari declares that “being one of the lucky few to get in convinced me I was moving in the right direction.” 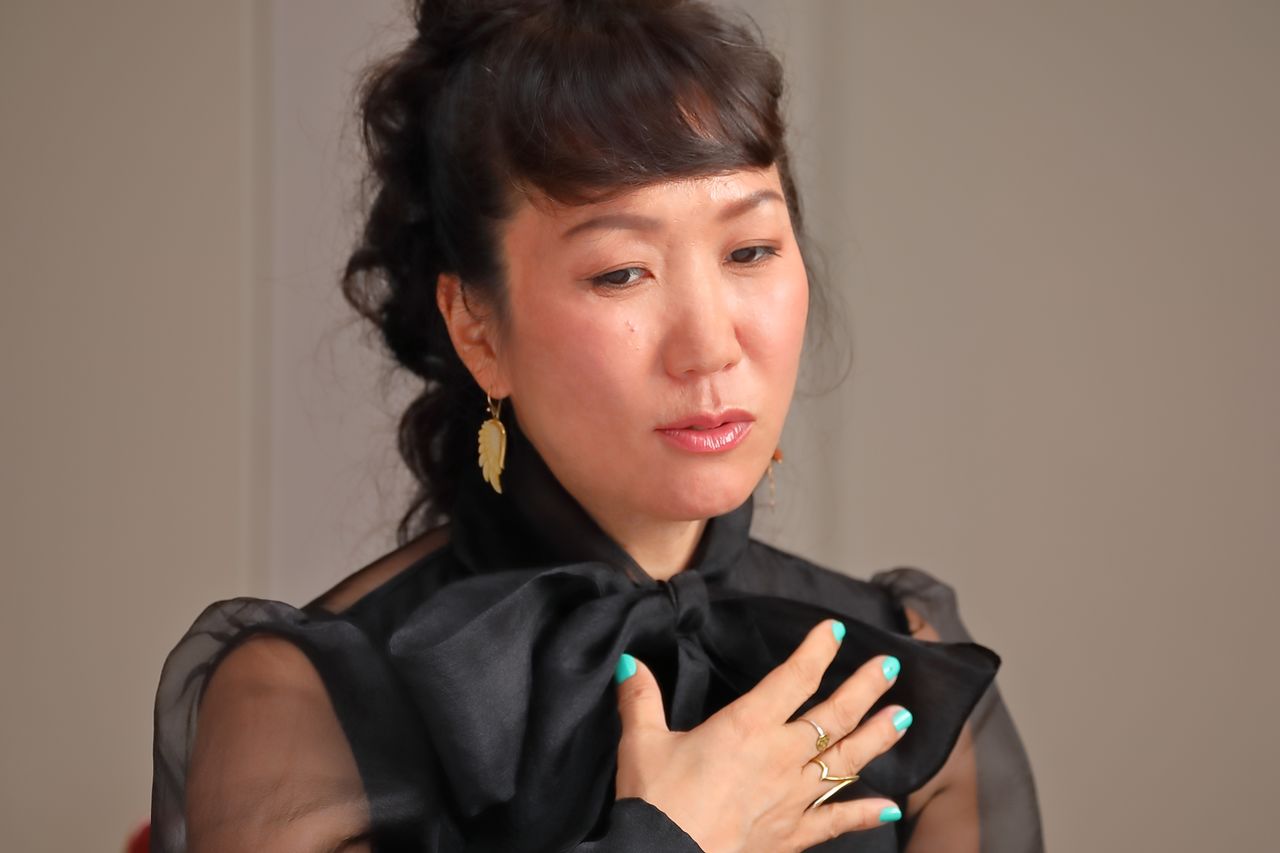 Concluding the workshop, Hikari was ready to get to work filming. “I had a great script and was feeling confident,” she explains. However, securing backing for the project proved to be a daunting task. As she describes it: “I ran into a wall.” She found little interest in Hollywood for backing a foreign-language film by a relatively inexperienced director. After six futile months knocking on doors, she changed tack—and countries. “Japan was pretty much my only remaining option. I was determined to make the film, even if that meant promising myself that I wouldn’t return to Hollywood until it was done.”

Not Another Sob Story

On the other side of the Pacific, though, Hikari found different challenges. Japanese filmmakers often pool the resources of major sponsors like advertising agencies, production companies, and television networks into so-called production committees. But Hikari says she was “dead set” against this approach out of fear of losing a grip on creative control. “For authenticity, it was vital that the lead actress and main character have the same disability,” she asserts. “With a committee, there was a real possibility that some members would consider this too risky and use their financial leverage to squelch the idea.” To sidestep this possibility, she asked experienced colleague Yamaguchi Shin to coproduce, securing funding and additional production support from NHK, with an eye to releasing the work overseas. 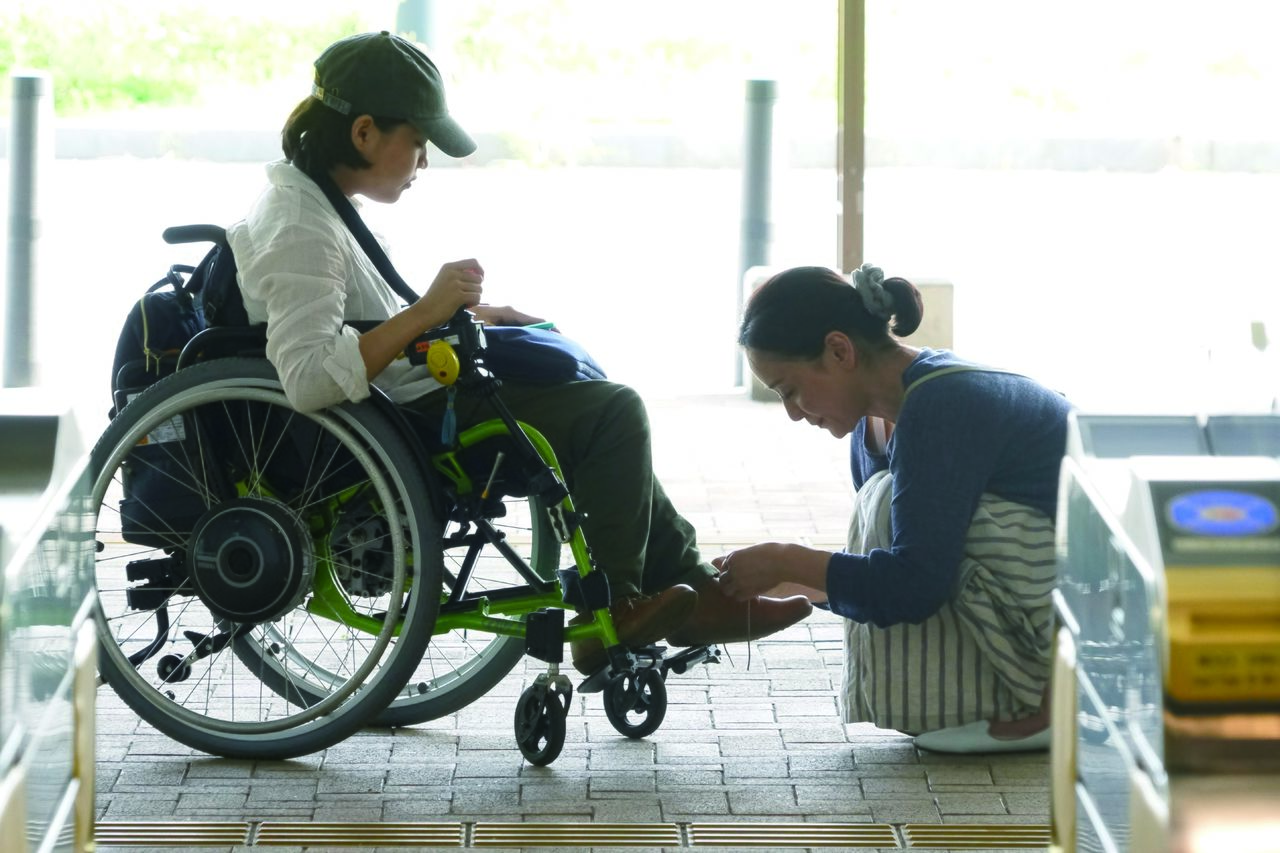 In 37 Seconds, Hikari tells the story of Yuma (Kayama Mei), a 23-year-old manga artist with cerebral palsy living with her loving but overprotective mother. While Yuma uses a wheelchair—the title refers to the amount of time she stopped breathing as a newborn, leaving her without full use of her arms and legs—like other women her age she longs to spread her wings and find her place in the world. Blessed with a rich imagination and talent for drawing, she earns a meager income ghostwriting shōjo manga for her best friend Sayaka. Seeking credit for her artistic efforts, she applies at a publishing company specializing in erotica. However, the sexual immaturity of her work does not escape the keen eyes of the editor, who encourages her to go out and get some first-hand experience. To do so, she must escape the coddling, obsessive care of her mother Kyōko (Kanno Misuzu). Once on her own, Yuma embarks on an adventure of awakening taking her through the red-light district. 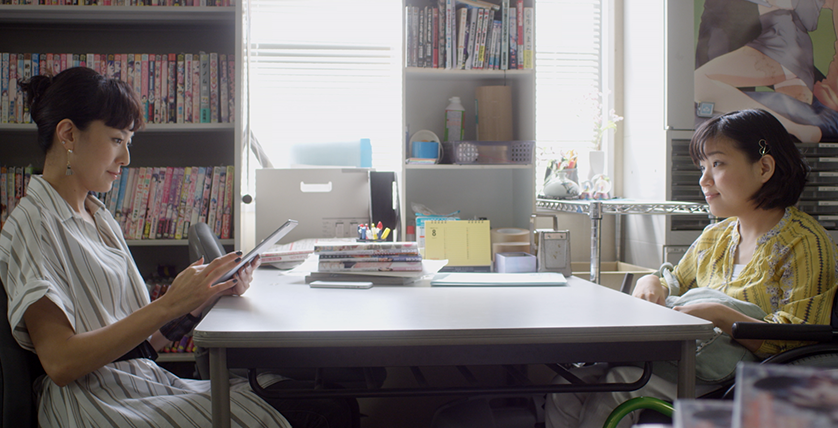 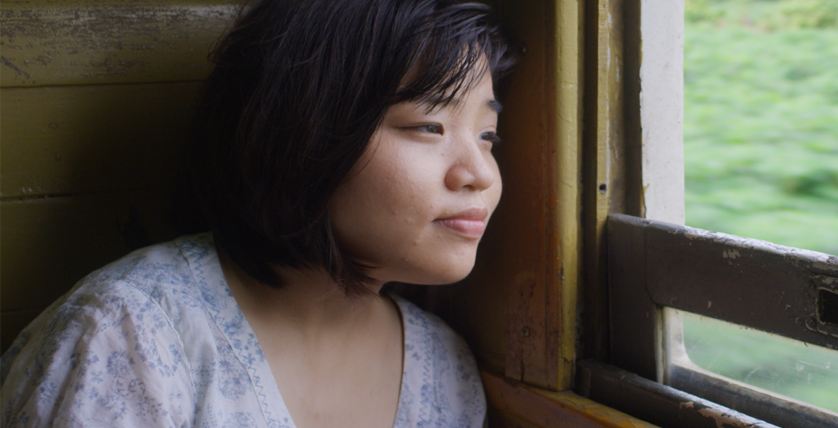 Actress Kayama Mei was working as a social worker when she was chosen to play Yuma. (© 37 Seconds Film Partners)

Hikari met some 100 people in her search for a disabled leading actress, eventually choosing Kayama for the part. She says that at the audition, the crew was immediately smitten by Kayama’s demure manner and air of innocence. “She seemed all of fifteen years old,” Hikari recounts with a laugh. Although a complete newcomer to acting, Kayama’s natural childlike looks and mannerisms helped balance the adult themes of the film. “Yuma makes a number of discoveries during her journey,” explains Hikari. “While sex is an important part of the story, I didn’t want it to overshadow other equally crucial aspects.” With her leading lady decided, Hikari set to work rewriting a third of the script, changing the character, who initially suffered a spinal cord injury in a car accident, to match Kayama.

In telling the story, Hikari says she was determined to avoid making the audience pity her protagonist. “There is a tendency in movies to portray disabled people as struggling through life,” she says. “I didn’t want viewers to feel sorry for Yuma, but to root for her. Regardless that she is in a wheelchair, she is a person overcoming life’s obstacles and family struggles as she tries to make her dream work for her.”

The movie is bolstered by a spirited cast of female characters, from the upfront adult comic editor (Itaya Yuka) to the beguiling call girl Mai (Watanabe Makiko) who specializes in disabled clients. Unlike Yuma’s mother, who still sees her daughter as a helpless child, these women encourage the soft-spoken protagonist to shake off her inhibitions and plunge headlong into life.

Hikari says she drew from her own experience in adding the rich undercurrent of humor that runs through the film. “I’ve found that you have to enjoy the small things and laugh at the absurdity of it all,” she proclaims. The movie also excels in its portrayal of strong, independent women. “Like in my own life, I wanted the female characters to be confident, to hold their heads high and take pride in the work they do.”

Reaching for the Stars 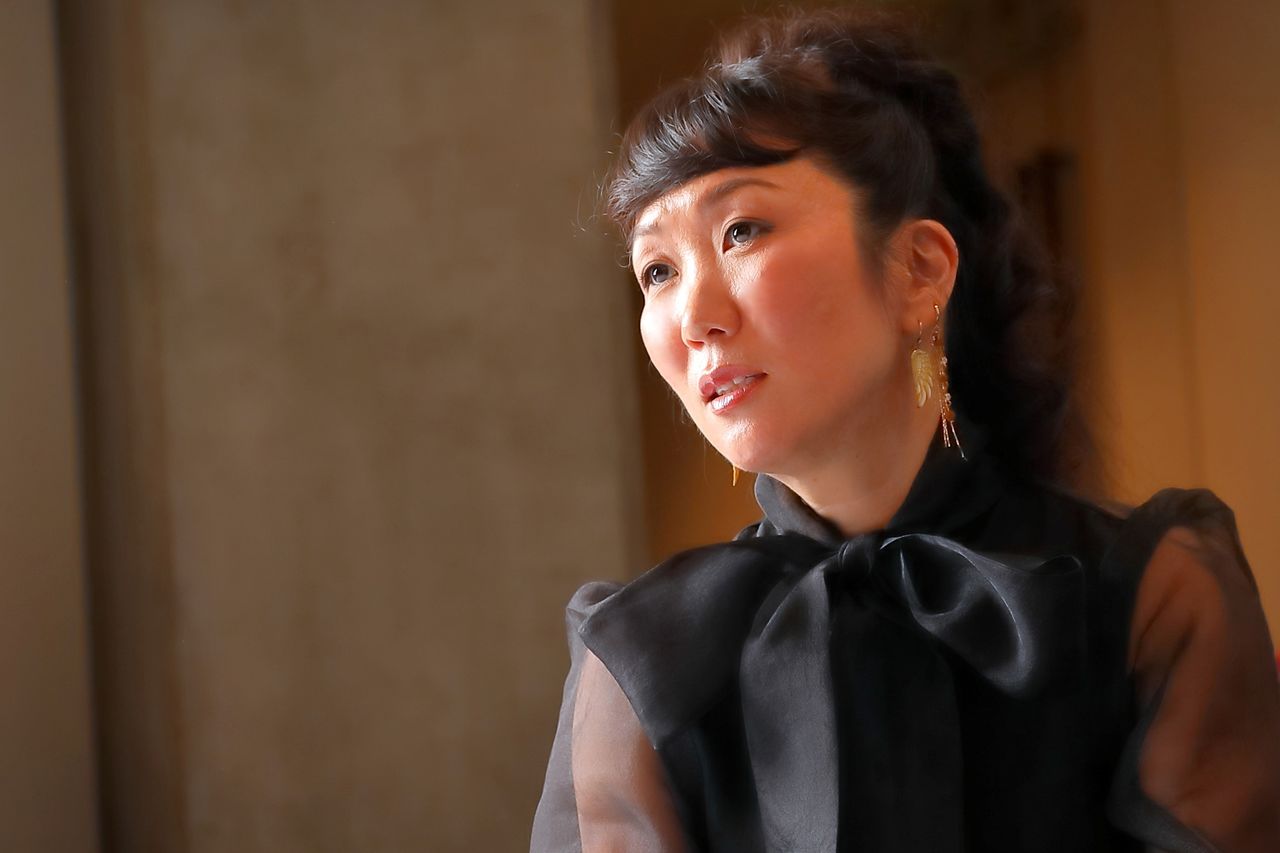 As a coming-of-age story, 37 Seconds expresses many of Hikari’s own struggles. Growing up, she says she was an outgoing girl, serving as class representative and student council president and singing in a well-known local choral group. However, her uninhibited nature often drew frowns in conservative Japan. “I couldn’t understand why I was supposed to be restrained and quiet all the time,” she exclaims. By the time she was in the fourth grade, she already knew she wanted to leave Japan and live overseas.

At 17, she spent time in the United States as an exchange student and then attended a US university, where she studied theater arts. After graduating, she moved to Los Angeles, finding sporadic work as an extra and back dancer in movies, music videos, and television commercials. To make ends meet, she held an array of part-time jobs, including photographing local musicians, but always kept a connection to the entertainment industry.

At 30, her interest in directing led her to enter the University of Southern California film school, where she honed her skills behind the camera. “I enjoy the process of making movies,” she explains. “There is such a sense of purpose in sharing a message with society.”

With the success of 37 Seconds, Hikari has finally grabbed the attention of many of Hollywood’s top movers and shakers. She says she has been inundated with offers, including from major studios and production agencies, but that she has taken the attention in stride, declaring that “I’ve turned down several ambitious scripts because I knew I wasn’t ready to tackle them.” 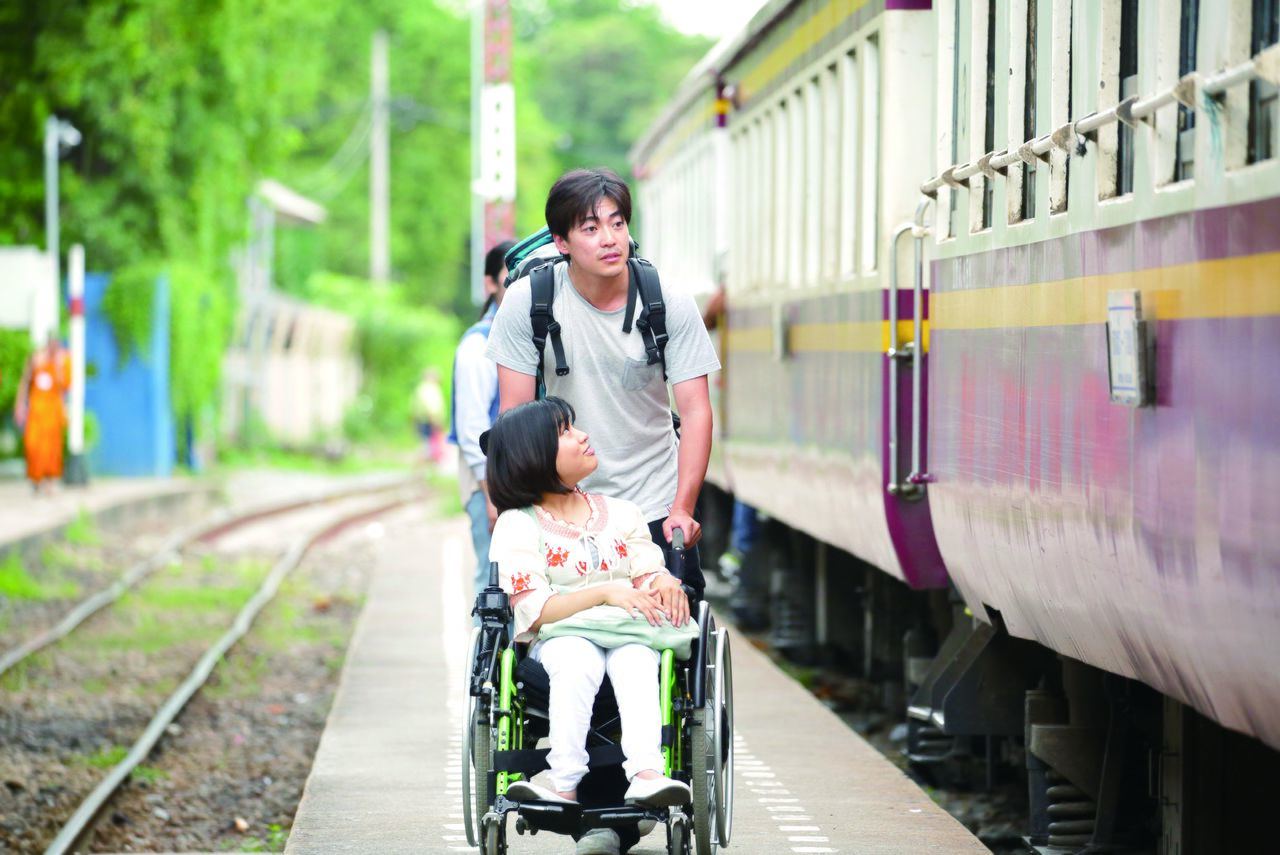 It would be tempting to call her new-won fame a Cinderella story, but she insists she has arrived where she is through a steady progression of steps. “Looking back, this is just one of many new beginnings in my career.” She says it is in her nature to try new things. “If I’m interested in something, I tend to jump in with both feet forward and work things out as I go. I learn something new with each project, and this enables me to take on bigger challenges.”

As a girl Hikari longed to spread her wings, but returning to Japan to film has provided her an opportunity to reflect on her feelings toward her home country. “I think that Japanese are unaware of so much of what is going on in the world,” she asserts. “The entertainment industry holds huge sway over society. It is a subtle influence, but the glut of comedy shows and other mundane programs take advantage of people’s passivity, diverting their attention from serious social issues. I’m concerned, and that’s why I want people to see 37 Seconds and consider its message.” 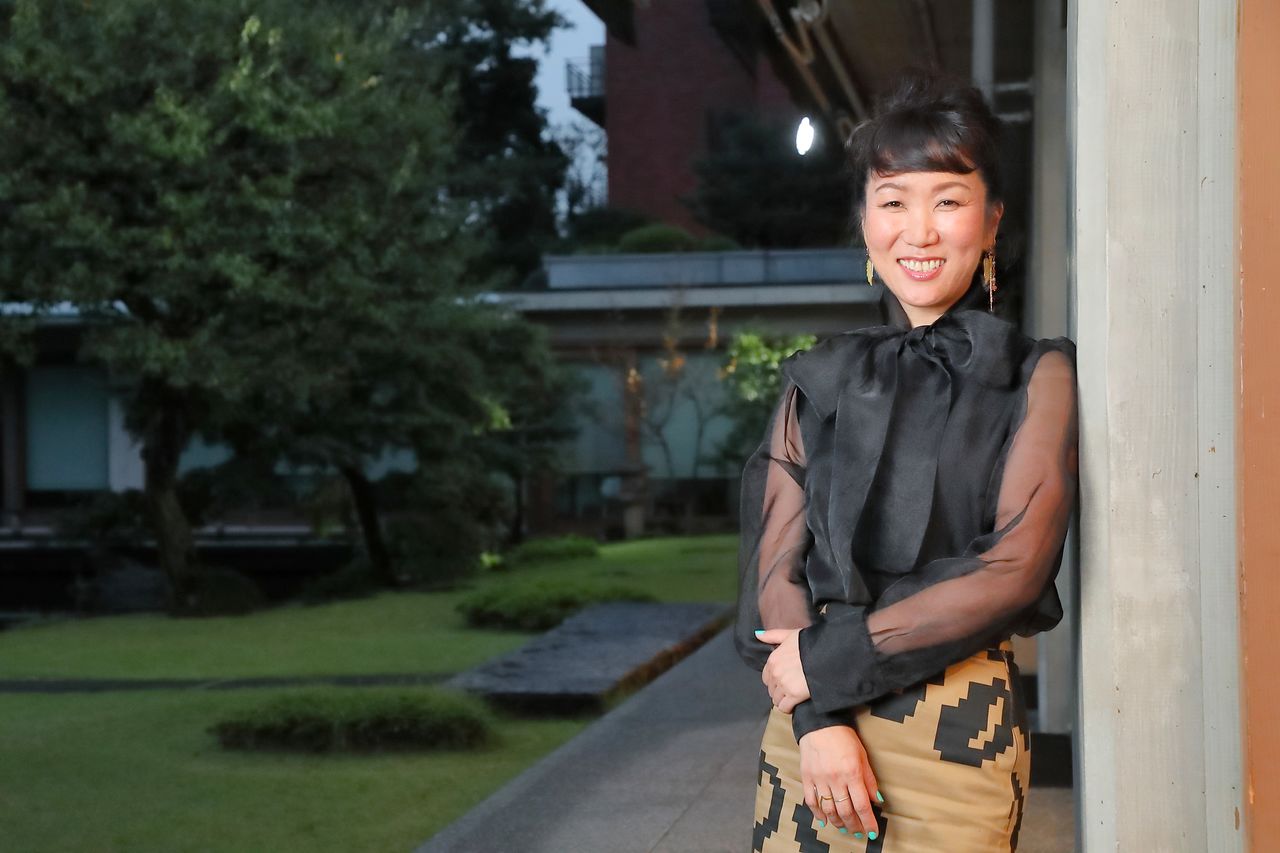 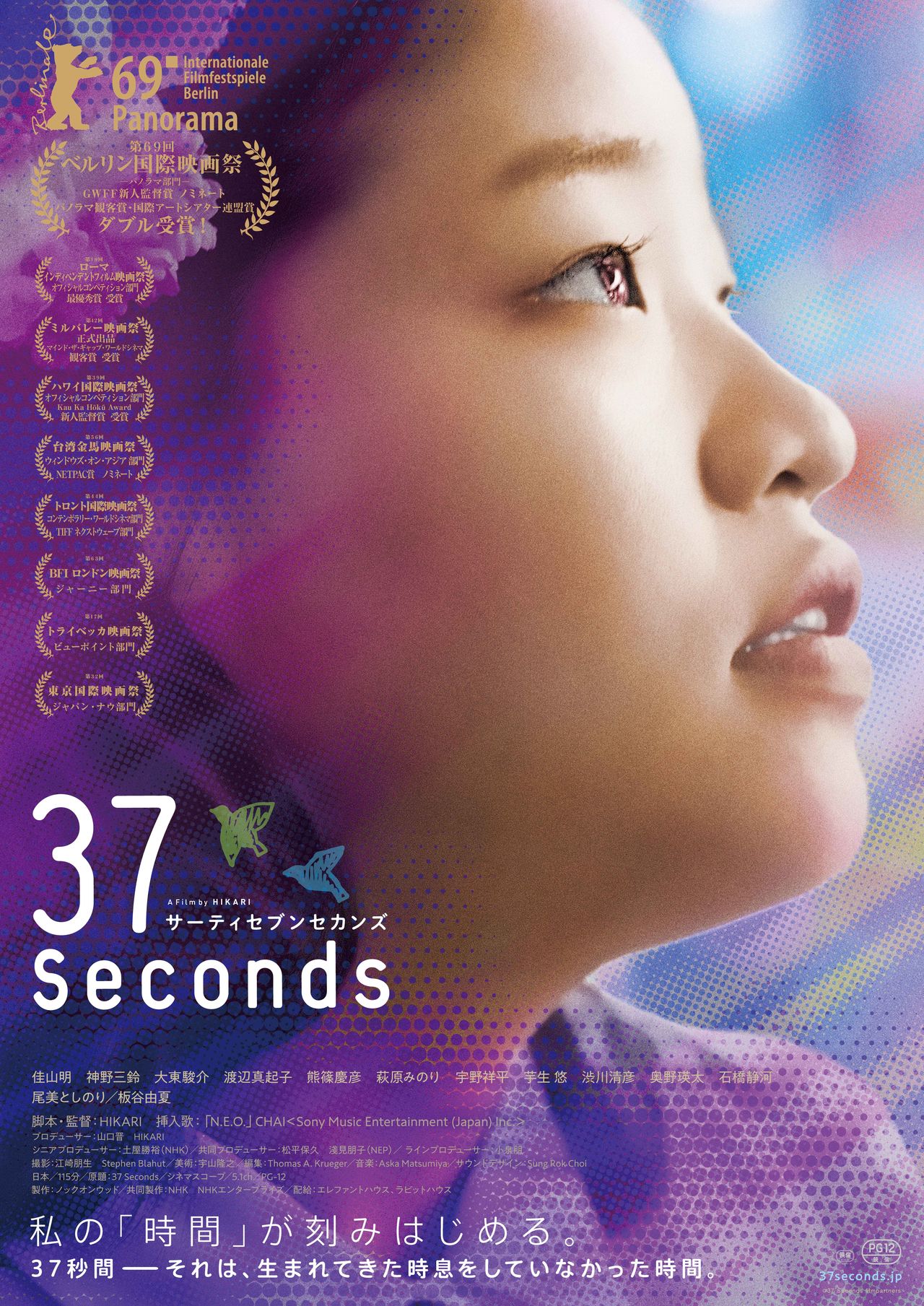