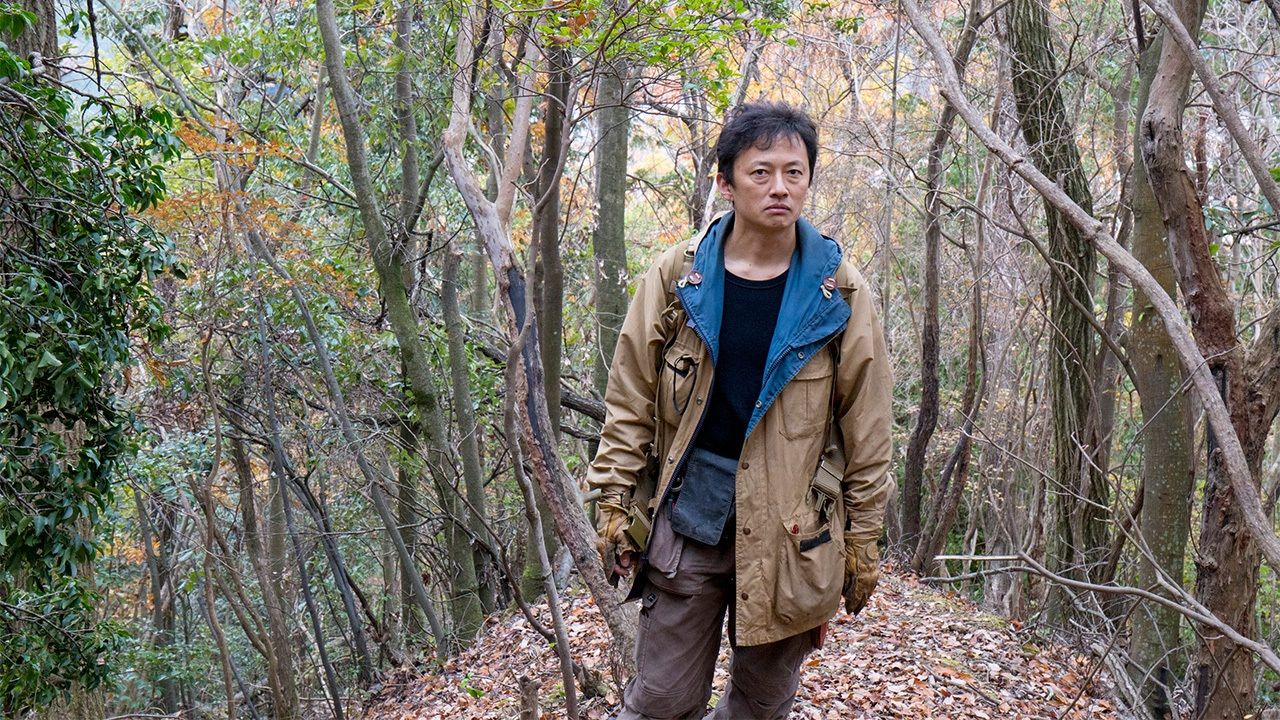 Cinema Environment Oct 15, 2020
The film Boku wa ryōshi ni natta (I Became a Hunter) follows the daily life of Senmatsu Shin’ya, who obtained his hunting permit as a Kyoto University student and went on to become a professional hunter. How did a young animal lover who wanted to become a veterinarian become a hunter? Senmatsu talks about the movie and how his life has been changed by the coronavirus pandemic. 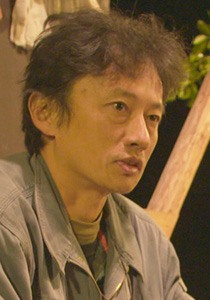 Born in Hyōgo Prefecture in 1974. Obtained his hunting permit while a student at Kyoto University. He currently lives with his wife and two sons, working for a transport company, and hunting in the mountains of Kyoto using traps, not guns. His 2008 publication of Boku wa ryōshi ni natta (I Became a Hunter) led to a hunting boom. His other publications include Kemono michi no arukikata: Ryōshi ga mitsumeru Nihon no shizen (How to Walk Wildlife Trails: Japan’s Nature as Seen by a Hunter) and Jibun no chikara de niku o toru: Jussai kara manabu shuryō no sekai (Catching Your Own Meat: Learning About Hunting from the Age of 10).

In April 2018, as part of its Nōnare (No Narration) series, NHK aired the documentary Kemono michi: Kyōto inochi no mori (The Game Trail: Kyoto’s Living Forest), which showed Senmatsu Shin’ya’s daily life. The response was extraordinary, with over 1,100 rebroadcast requests. Senmatsu uses a stick to stun the wild boars or deer that he has caught using homemade binding traps, and then straddles them to finish them off with a knife. He is sometimes with his sons as he dresses the game, consuming every last part, from the heart to the bone marrow. Over time, the reaction to Senmatsu solemnly coming face to face with life in the mountains of Kyoto has been much more one of yearning than one of decrying him as cruel. 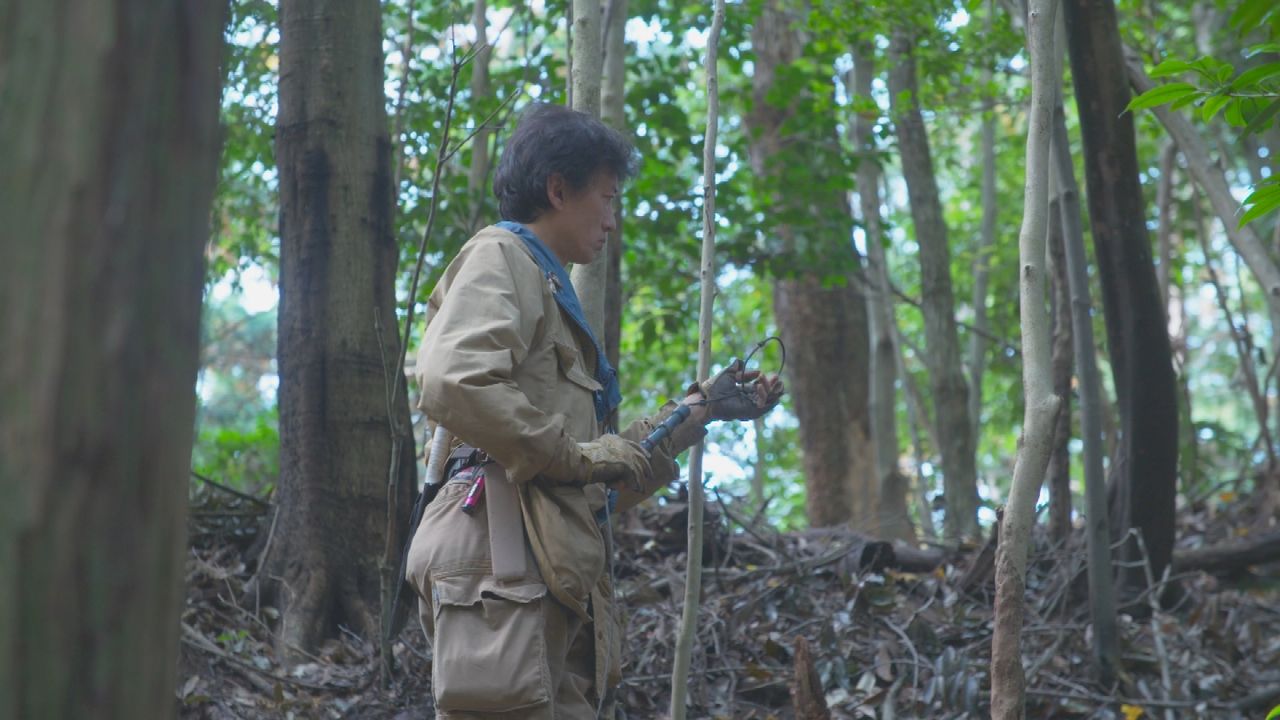 If You’re Going to Show It, Show It All

INTERVIEWER  It seems you weren’t too thrilled to be the subject of a documentary.

SENMATSU SHIN’YA  After I published my book Boku wa ryōshi ni natta (I Became a Hunter) in 2008, I accepted two one-off requests for TV interviews. But when I saw the results, they had only used what suited them, and cut the scenes showing animals being killed. That is the essence of hunting, and it shouldn’t be kept out of the overall picture. Once the animals were shown caught in the traps, though, they immediately moved on to the banquet scene. That does not get across what I do, so I became reluctant to take part.

INTERVIEWER  You subsequently agreed to close coverage by NHK. Was this based on the enthusiasm of the production side?

SENMATSU  They told me that it wouldn’t just be a hunter’s life that was depicted, but the way I see things, and how my hunting fits in with my communion with Japan’s mountains, its nature, and its animals. I told them what had happened with my previous experiences, and they said that they would take it upon themselves to show everything, including the hunting itself. And so I decided, rather rashly, to throw my lot in with them after all this time.

INTERVIEWER  Did you sense a different response to No Narration than you had seen previously?

SENMATSU  I got comments like “you were brave to do it” and “good for you for showing all of that” from hunters all over the country who had seen the show. That was due to the fact that we showed everything and hid nothing, to the amazement of those concerned. Having seen that reaction, I felt that we got it right this time.

INTERVIEWER  What exactly did they mean by “all of that”?

SENMATSU  They thought there would be an avalanche of people calling to complain if they showed the end of the animals’ lives. As a rule, people don’t like to be filmed during the kill. Most of the older generation, and hunters who live in the country, believe that if you show that to people from the city, it’ll immediately be followed by complaints from animal protection groups. That there’s no need to go out of the way to show these scenes. But I look at it differently from other hunters, and I believe that if you want people to learn about hunting, it’s better to show it all because there’s less misunderstanding then.

INTERVIEWER  The longer version we have now is based on the documentary aired in 2018, with additional footage filmed over a period of 300 days, and a narration by the actor Ikematsu Sōsuke. What did you think when you were told it would be a full-length feature?

SENMATSU  To be honest, my reaction was “What? Still more shooting?” [Laughs] But once I was on board, I thought the best thing would be to go along with what the production team had in mind, and so I agreed. Looking back, though, it did feel like they were sticking to me like glue, day in, day out! 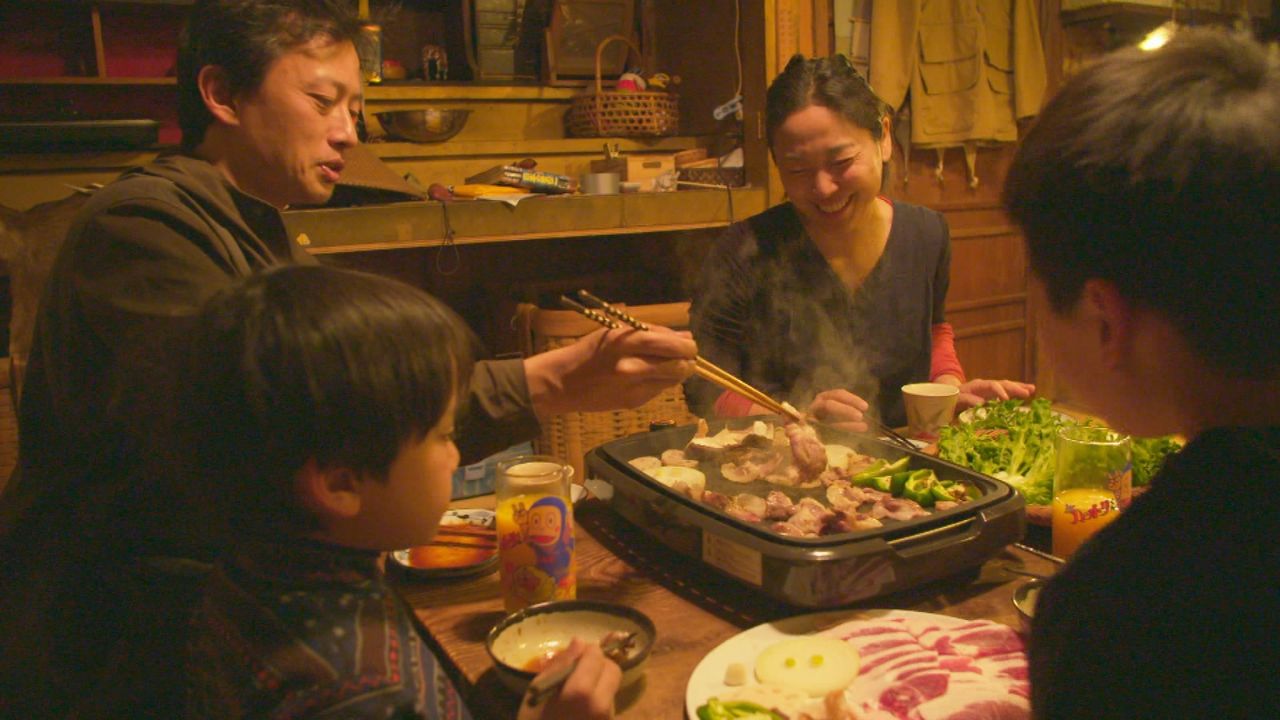 INTERVIEWER  It’s true that, at times, it feels a little like a Senmatsu famiy home movie. You weren’t put off by having your daily life on camera like that?

SENMATSU  There were differences within the family, with some not wanting to be featured much, and others wanting to be featured more. [Laughs] More than that, though, I was worried about how having a camera crew in the mountains might hinder my hunting. There was a real fear that the smell of people would alert the animals and they would vanish without a trace.

How an Aspiring Vet Became a Hunter

INTERVIEWER  You loved animals from the time you were a child, and wanted to become a vet. In high school, though, you were upset at being unable to save a cat that had been hit by a car, and decided you weren’t made to be a vet. You then applied to Kyoto University to study ethnology.

SENMATSU  Until I was in high school, I didn’t want to be around people. It was so bad that I was thinking that I wanted to live surrounded by animals, deep in the mountains or on a desert island. I led a normal life as a high-school student, but it was only when I got to the Yoshida Dormitory of Kyoto University that I realized for the first time that there were different kinds of people, and they could be fun. We drank and talked through the night, and I got on really well with my classmates. And that’s when I started to look at people a little more positively. [Laughs] I also took a sabbatical from my studies and kicked around Asia, which was very formative. 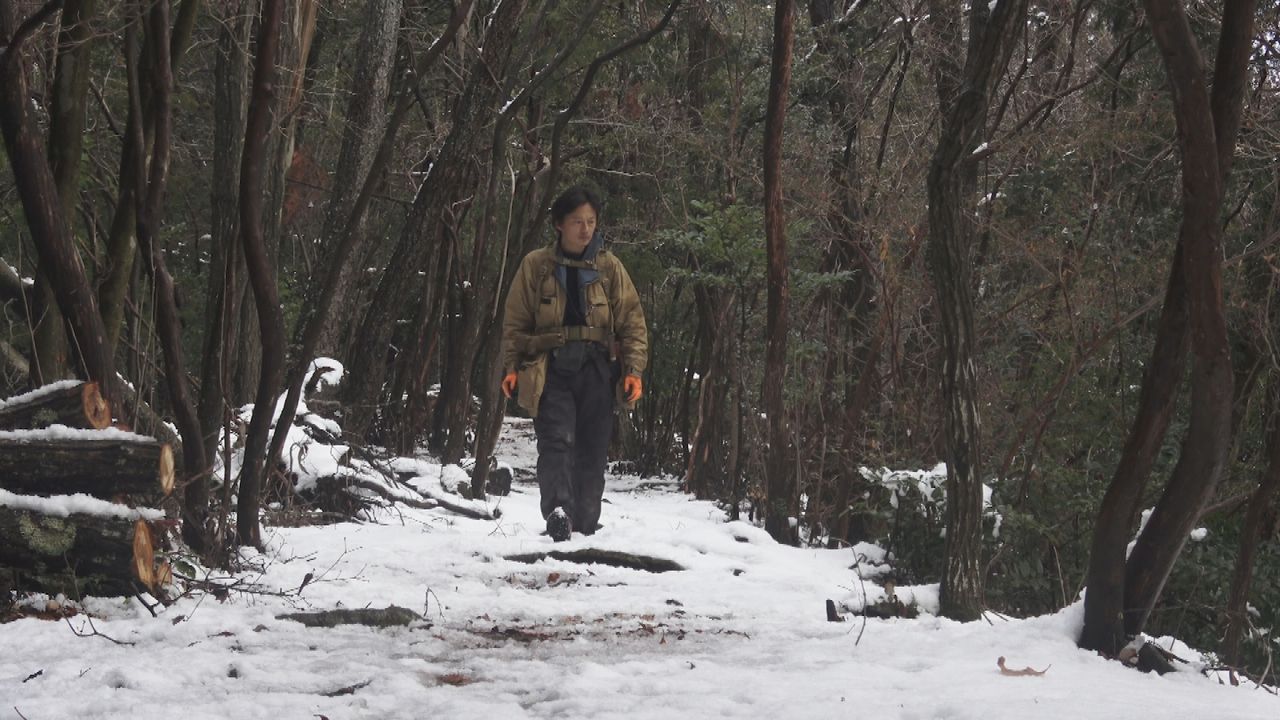 INTERVIEWER  But you have to admit that there’s a disconnect between your youthful dreams and the life you are now living.

SENMATSU  From way back, I felt that eating meat made me indebted in some way. As shoppers, we pay our money and in exchange enjoy eating meat, leaving all the nasty stuff to somebody else. That seemed to me incompatible with the idea of loving animals. But when, as a student, I started using traps, I felt as though that uneasy feeling had finally lifted. When I took a life as I looked into the eyes of the game, and then ate the meat, it was like being freed from that feeling of contradiction, and I was somehow able to relate to animals more serenely. The fact that I ended up becoming a hunter after hoping to be a zookeeper or vet as a child may look to outsiders as though I made a 180-degree turn, jumping the fence from someone helping animals to someone hurting them. But as far as I am concerned, I continued walking the same path, having chosen a different approach.

INTERVIEWER  That way of life comes across in the movie. It feels as though, when you hunt, you are looking to outwit the animals.

SENMATSU  When I go to the mountains to check the traps I have set, I can see the traces of a wild boar passing through the previous night. The tracks come really close, but I can see that it made a U-turn in the nick of time. Having seen that the location had been spotted, I change the location of the trap and, when I go back that evening, it has once again turned back just short of it. So, since the acorns are about to start falling from the oak trees, maybe I should position them along the route the animals take there . . . It really is a battle of wits.

INTERVIEWER  Aren’t people at an advantage because they use tools?

SENMATSU  We are no match for animals when it comes to physical ability or sense of smell. I feel that we each use our abilities in this confrontation. All animals other than humans use their wits to feed themselves. That is what it feels like to me when I am hunting, as though I become at one with the animal world. It is only when I am in the mountains that I feel like an integral part of the ecosystem. 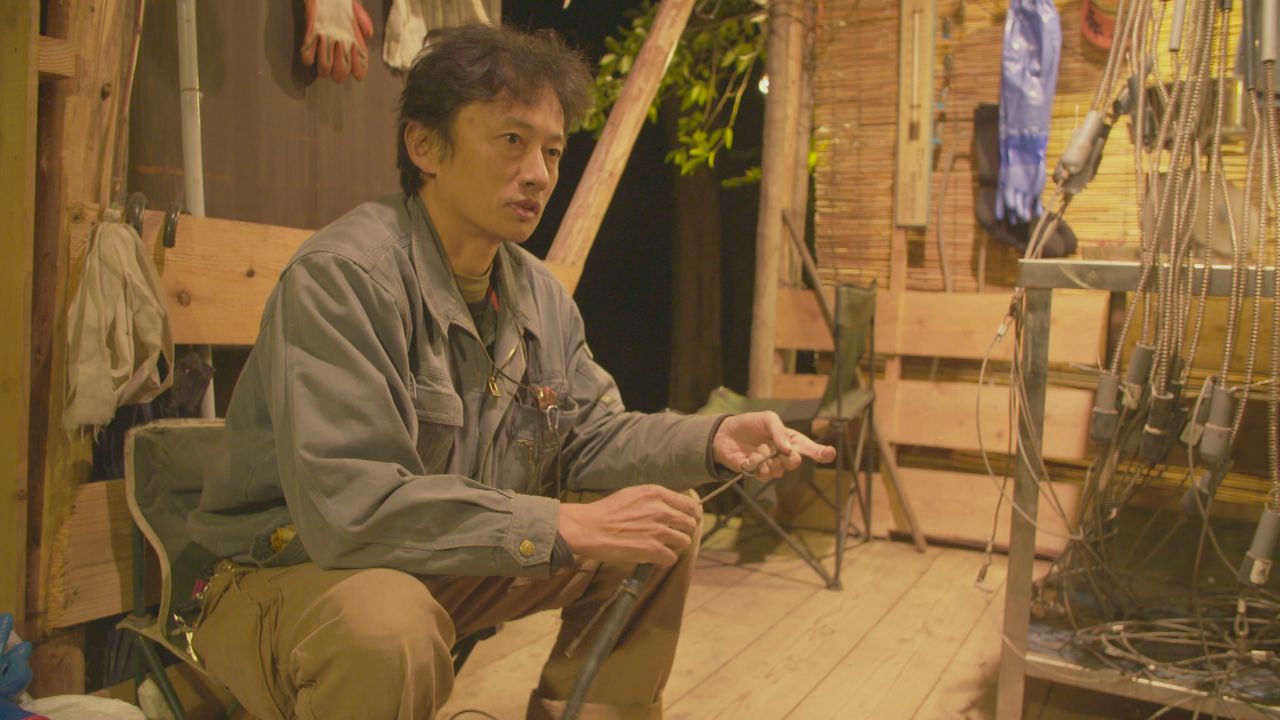 The Changes Brought by COVID-19

INTERVIEWER  Your lifestyle allows you to straddle urban life and the mountains, enjoying the benefits of both. You drive for a haulage company three or four days a week and hunt enough to feed your family. As the coronavirus changes all of our lifestyles, how has the Senmatsu household been looking at different ways of doing things?

SENMATSU  It has been an opportunity to rethink the ratio of urban living to mountain living. In town, you must disinfect your hands, but if you don’t remove all traces of disinfectant when going into the mountains, the game will know you’re there. And when schools closed during the pandemic, we really appreciated the advantage of having a house in the mountains. Kids going to the same school would be told off for playing in nearby parks, so they couldn’t do anything other than play video games at home. Our kids had a great experience, though. With no threat of insect bites or heatstroke, they had a really great time in the mountains.

INTERVIEWER  The movie showed your younger son getting his first knife. Has he learned to use it well now?

SENMATSU  He’s gotten good at processing game. My older boy, a seventh-grader, is probably at the stage where he can teach others. My younger son gashed his hand with the knife once and became afraid, but he now says he’s ready to do it after all. 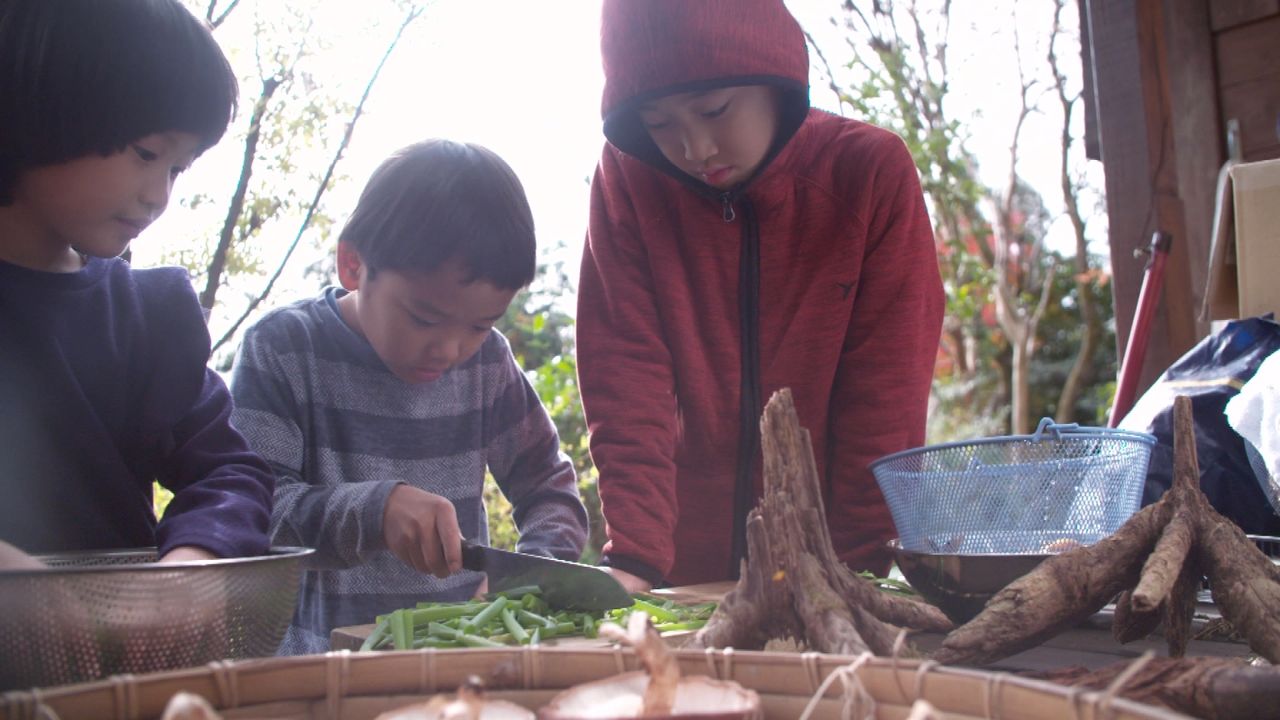 INTERVIEWER  Do they tell you that they want to become hunters, just like you?

SENMATSU  No. When I asked them recently, my older boy said that he wanted to become a vet, and my younger boy wants to become a baker. [Laughs] And look at me—it’s not as though my father was a hunter. My policy on education is to let them do whatever the kids around them are doing. They play video games at home, and they can watch TV like normal kids. I think that, as you do all kinds of things, you’ll figure out what interests you. That’s the best way.

I myself made all of my own decisions, and I never did anything because my father told me to. And I believe that it’s because I was given that freedom that I now live the life that is right for me. Of course, if my children tell me they would like to become hunters, I’ll teach them all I know, but I have no intention to tell them to do anything. That being said, processing carcasses is a bit like a household chore here, so they have to help! [Laughs] 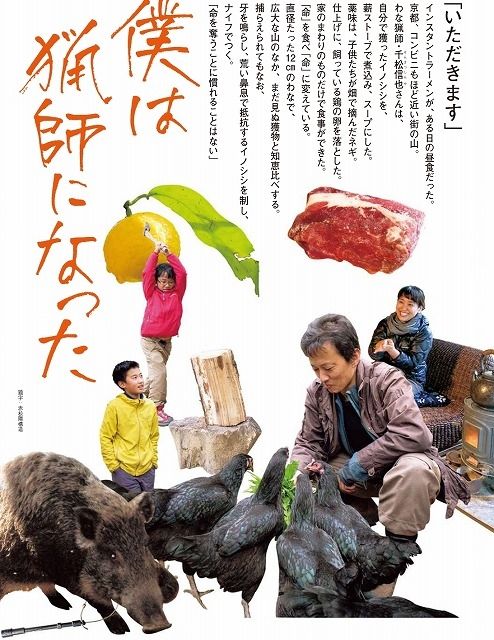