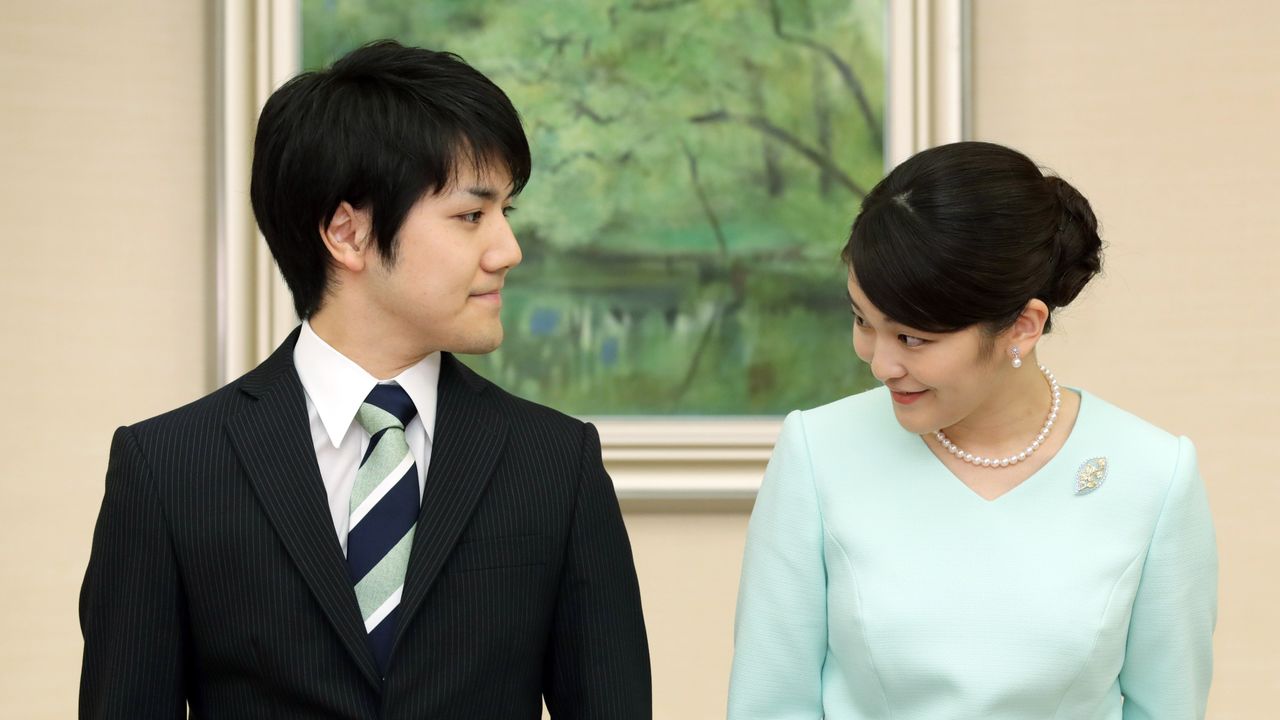 Imperial Family May 31, 2021
Dizzying developments from April statements by Komuro Kei have only worsened the confusion surrounding the issue of his prospective marriage with Princess Mako.

Komuro Kei, the fiancé of Princess Mako, issued his first public statement in two years in the form of a 28-page explanation on April 8. It begins by saying that he and Princess Mako are still determined to get married. Komuro, who presently lives in the United States, has faced scrutiny due to family money issues.

In his explanation, he acknowledges the lack of trust in him and his mother among some members of the public due to his silence, and expresses his hope that the written statement will alleviate such mistrust among as many people as possible. Following this, he details the financial troubles involving his mother and her fiancé.

Princess Mako and Komuro were classmates at International Christian University, Tokyo, and became informally engaged in September 2017. In February 2018, however, the Imperial Household Agency announced the postponement of the marriage ceremony due to reported allegations that a loan to Komuro’s mother from her former fiancé of more than ¥4 million was not paid back. In the summer of that same year, Komuro went to study at a law school in the United States, and in January of the following year he released his first written explanation of the financial problems. In his explanation, he and his mother stated that, according to their understanding, the matter had been resolved. This statement led to heated media speculation on whether the Komuro family would renege on its debt.

Many citizens questioned the proposed marriage, creating a major issue for the imperial household at the start of the new Reiwa era in 2019. In November 2020, Princess Mako released a written statement announcing her intention to marry, while her father, Crown Prince Fumihito, asked at a press conference for a tangible explanation from Komuro. Emperor Naruhito, meanwhile, expressed his hope at a February 2021 press conference that the issue would resolve itself so that many would accept the marriage with happiness.

No Word of Apology to Citizens

Even before reading Komuro’s written explanation, I was curious about how he would seek reconciliation with his mother’s former fiancé so as to overcome the obstacle to his marriage and his thoughts on the long-standing concerns of the public.

In his explanation, he insisted on his own correctness and concluded by saying that he hoped as many people as possible would be able to understand the various circumstances involved. Such comments by Komuro, the aspiring lawyer, might be fine for arguing a case in court, but I do not find them appropriate to the situation.

In a statement of such length, why was there no apology to the public? It is regrettable that, despite saying that he is seeking to correct the erroneous information that has been circulating, he issued no message to people who have been concerned about the future of the imperial household.

Here I do not intend to enter into a legal interpretation of the financial matter, but I would like to point out the following. In this most recent statement, he argues that some had misinterpreted his previous written explanation, issued in 2019, which claimed that the financial issue had already been resolved.

For this purpose, in a footnote, he included a clarification of the particular tense he used but I wonder how many readers will grasp his intent. If his aim is to gain wider public understanding, I think he would be well advised to express himself more concisely and clearly.

No Payment Without Dialogue

Komuro’s written statement revealed that the other party in the dispute (his mother’s ex-fiancé) was represented by a reporter from Shūkan Gendai, who had stated that the problem could be solved through a payment of ¥4 million. The statement also expresses Komuro’s concern over having a journalist as the representative in a legal matter, rather than a lawyer. My own hope is that the dispute will not turn into a criminal case, which would be inappropriate for a wedding involving a member of the imperial household. 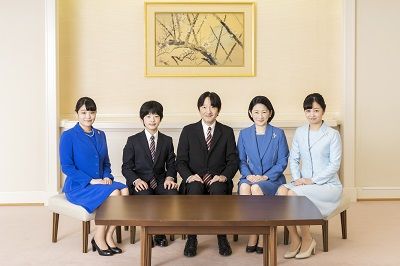 IHA Grand Steward Nishimura Yasuhiko positively evaluated Komuro’s recently issued statement, saying that he “felt it was a very clear explanation that made it possible to understand the related facts.” Crown Prince Fumihito and Crown Princess Kiko said that the Komuro family had made a tangible effort to resolve the issue.

The IHA also clarified that Komuro’s efforts to seek the understanding of the other party and not hand over money without first engaging in dialogue were significantly based on the wishes of Princess Mako.

A Sudden Switch in Approach

Amid the feeling that major progress was being made with regard to the marriage issue, Komuro’s attorney expressed the intention on April 12, four days after the release of the written statement, to hand over the settlement money as the next step toward resolving the dispute.

This was a big change from his statement issued four days earlier, when Komuro said the following:

“I thought that using the settlement money as the basis to end the dispute without properly discussing the matter would not be a true solution, so that even if it were handed over, there was the possibility that it would be misconstrued as the repayment of a debt.

“I had discussed the possibility of settlement money with my mother and her legal representative from time to time as one solution in a case where both parties would be satisfied with regard to the difference in how past events had been perceived, but in the end we could not reach the stage of making that proposal due to lack of progress in the dialogue with the former fiancé.”

What is the underlying reason for Komuro, just four days later, to decide to hand over a settlement payment, reversing his previous position that had reflected Princess Mako’s wish to hold back on the payment until dialogue progressed? According to an IHA official, there was a steady stream of phone calls during those four days from citizens unconvinced by Komuro’s statement. The official speculates as follows:

“It seems that someone had advised Komuro that the strong objections he raised in his written statement were not going to bring about Emperor Naruhito’s hoped for ‘situation where many people would be satisfied and happy,’ so that it would be best to return the money that the ex-fiancé had used to provide support to the Komuro family. Such advice is likely to have come from someone quite high up in the imperial household.”

The marriage issue has certainly been set in motion by Komuro’s statement but it is not clear whether this is in a forward direction. Rather, it seems that the confusion has only deepened.

The day following the release of Komuro’s written statement, Prince Philip, the husband of Queen Elizabeth II, died at the age of 99. Although Prince Philip supported his wife during her over 70-year reign, initially there was opposition to their marriage within the royal family.

Queen Elizabeth’s uncle, King Edward VIII, abdicated less than a year after his accession to the throne in relation to his decision to marry a divorced American woman. Queen Elizabeth’s father, the second eldest son, thus became King George VI through this twist of fate, making her the first in line to the throne at the age of 10.

When 13-year-old Princess Elizabeth visited the Royal Naval Academy with her family, it was Prince Philip who served as her guide, and the two fell in love. Prince Philip was the son of the King of Greece’s younger brother. The family was exiled to England following a coup d’état in Greece. From a British point of view, Prince Philip was a foreigner, and some within the royal family preferred the future queen to marry a high-ranking British nobleman.

Prior to their engagement, Prince Philip became a naturalized British citizen and converted his religious affiliation from the Greek Orthodox Church to the Church of England. In this way, eight years after their initial meeting, the royal couple were able to marry. 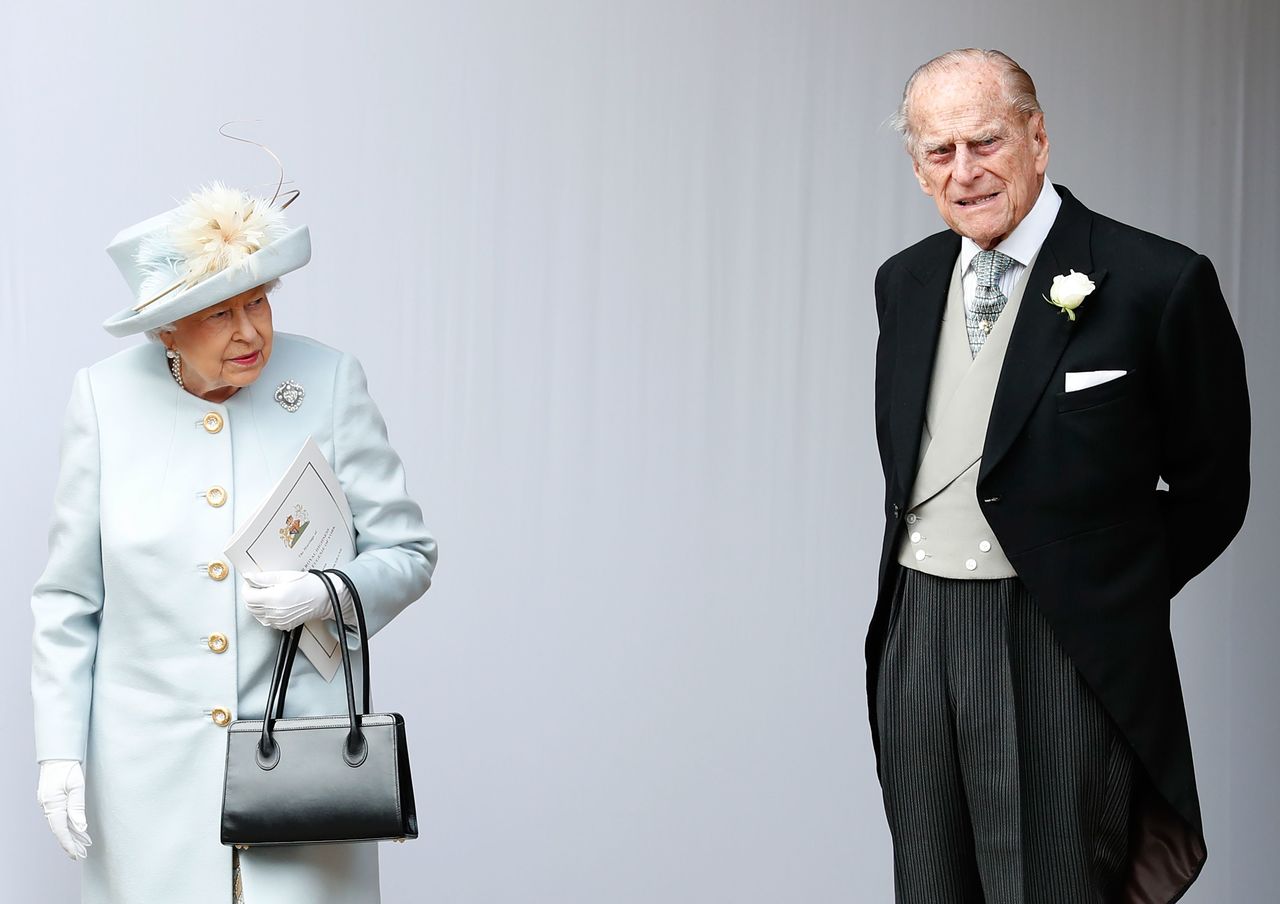 Prince Philip was a useful representative for the British royal family when a thorny issue arose concerning the ceremony mourning the death of Emperor Shōwa in 1989. A debate was waged in the British parliament over the war responsibility of the former Japanese monarch. The royal family, which valued its relations to the imperial household, had to consider who to send to attend the ceremony in Japan. In the end, it was Prince Philip who attended on behalf of the queen.

When I heard the news of the death of Prince Philip, who had devoted his life to supporting the queen, I was reminded of the various encounters between members of the British royal family and the Japanese imperial household, and that the hand of fate can lead people’s lives in unexpected directions.

(Originally published in Japanese. Banner photo: Princess Mako and Komuro Kei at the time of the informal announcement of their engagement on September 3, 2017. © Jiji.)