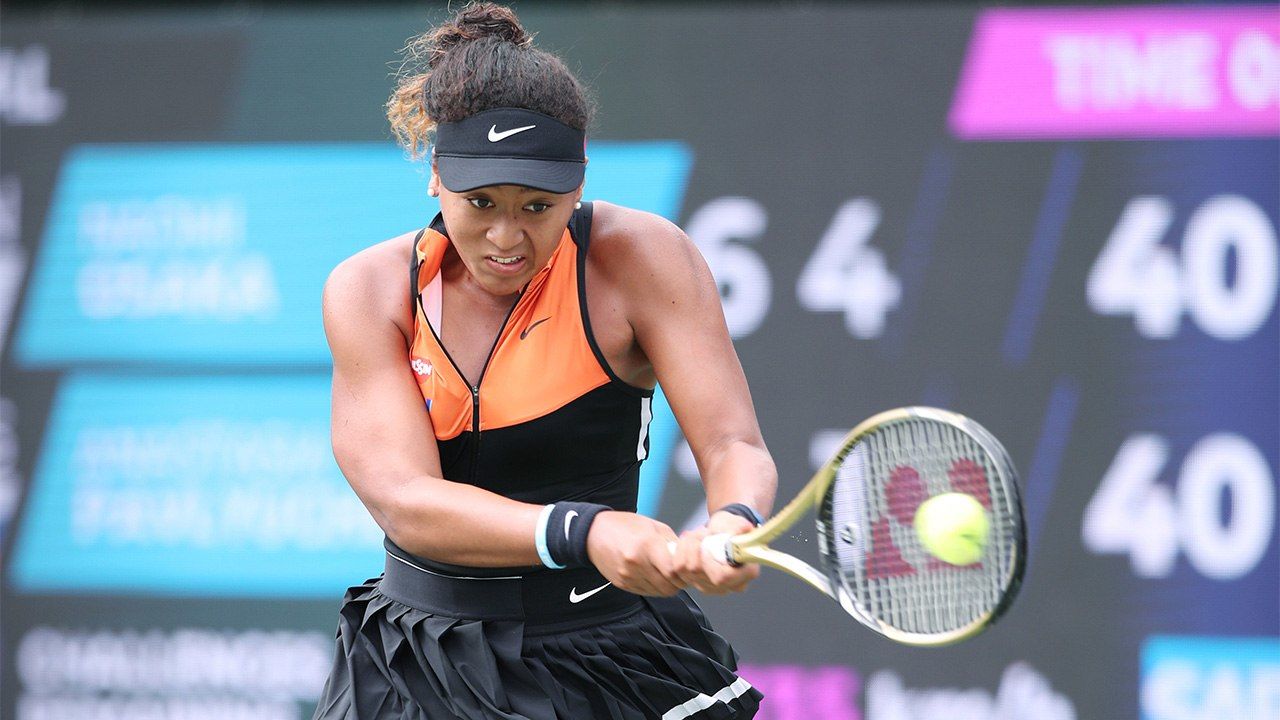 Ōsaka Naomi: Japanese Tennis Superstar Winning Aces on and off the Court

Tokyo 2020 Sports Mar 2, 2020
Ōsaka Naomi has won droves of fans both with her powerful play and endearing personality. Born in Japan and raised in the United States, the tennis star will be flying the Japanese flag when she competes for gold at the Tokyo 2020 Olympics.

Born in Japan in 1997, tennis star Ōsaka Naomi moved to the United States with her Japanese mother and Haitian-American father when she was three years old. Training from a young age, she joined the professional tennis circuit in 2013, where she swiftly powered her way up the rankings. In 2018, she stunned the world by defeating 23-time Grand Slam singles champion Serena Williams in the US Open finals. With the victory, she became the first Japanese player, man or woman, to win a Grand Slam singles title.

The finals of the US Open was a raucous affair. It ended with the crowd up in arms over Williams being repeatedly reprimanded by the judge for protesting his calls. Williams was making her first appearance in a major title match since giving birth and the spectators vocalized their dissatisfaction at her treatment. The booing grew so loud at times that it appeared as if the 20-year-old Ōsaka was being admonished for having the audacity to topple the long-time champion. The atmosphere remained tense into the awards ceremony, but that was when Ōsaka captured the spectators’ hearts. Stepping up to the podium, she acknowledged that everyone had been rooting for Williams and tearfully apologized for winning. In that moment the mood shifted as the crowd, enchanted by Ōsaka’s sincerity and humility, broke out into enthusiastic cheers.

Ōsaka went on to win the next major tournament, the Australian Open, in January 2019. Her second consecutive Grand Slam title propelled her to the top of the Women’s Tennis Association world rankings, establishing her as the first Asian singles player ever to hold the number one position. Her pace has slowed since the victories and she has changed coaches twice. However, this is likely only a temporary lull and she can be expected to emerge stronger than ever. 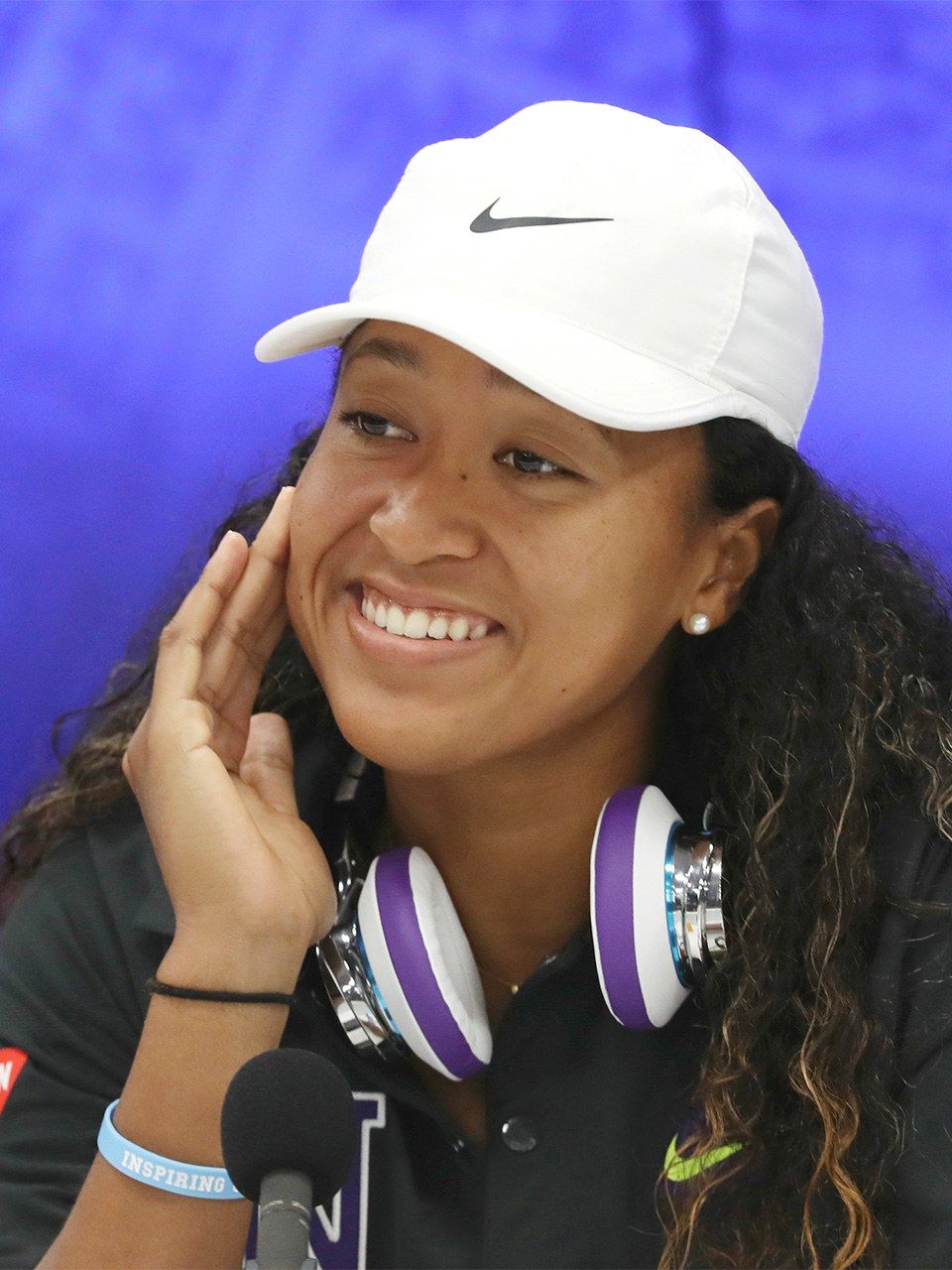 Ōsaka smiles during an interview. (© Jiji)

Her prowess as a tennis player aside, Ōsaka is almost equally famous for her sharp wit and amusing comments. The media vie to draw out these comments and her fans delight in just about everything she says. At an interview following the US Open, she quipped that everyone born in Osaka, as she was, takes the city as their family name. When asked about her favorite foods, she blankly rattled off a list of hearty dishes featuring tonkatsu (deep-fried pork cutlet), pausing before discordantly adding, “and matcha ice cream!”

At last year’s Australian Open, Ōsaka spoke of her performance with her typical modesty, saying that she had played with the mentality of a three-year-old but thought maybe her win had brought her to the level of a five-year-old. When she lost in the third round of this year’s Australian Open, though, she openly acknowledged that she had not yet attained the mentality of a world champion.

Tennis was revived as an Olympic event for the first time in 64 years after the International Olympic Committee opened the doors to professional athletes in 1988. Back when Olympic tennis was still restricted to amateurs, the Japanese player Kumagae Ichiya won two silver medals, in the men’s singles and with Kashio Seiichirō in the men’s doubles. After professional tennis players were allowed to compete in the Olympics, Nishikori Kei won the bronze medal in the men’s singles at the 2016 Rio de Janeiro Olympics. Hopes are high that Ōsaka will win gold for the Japanese team at this year’s Olympics in Tokyo. 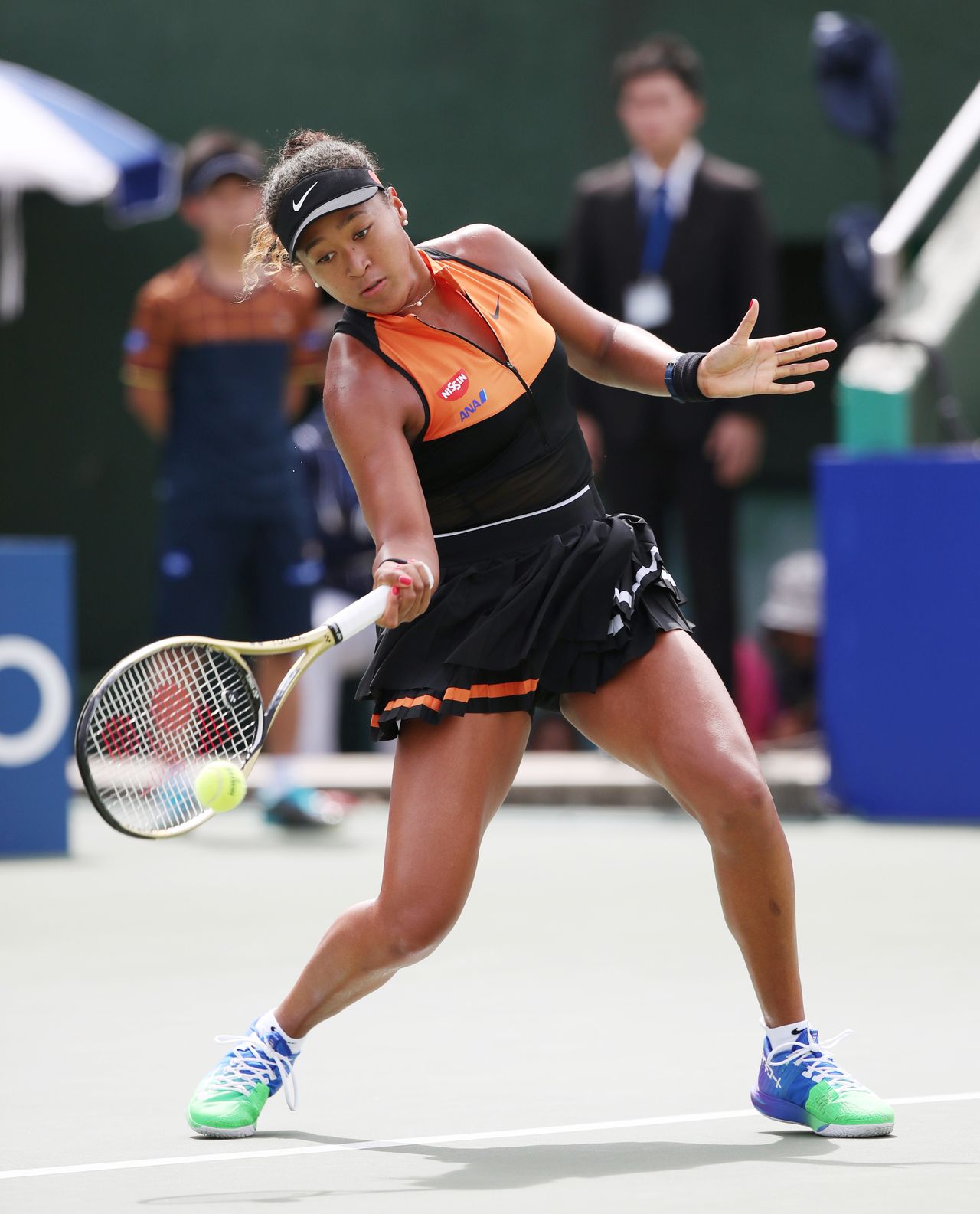