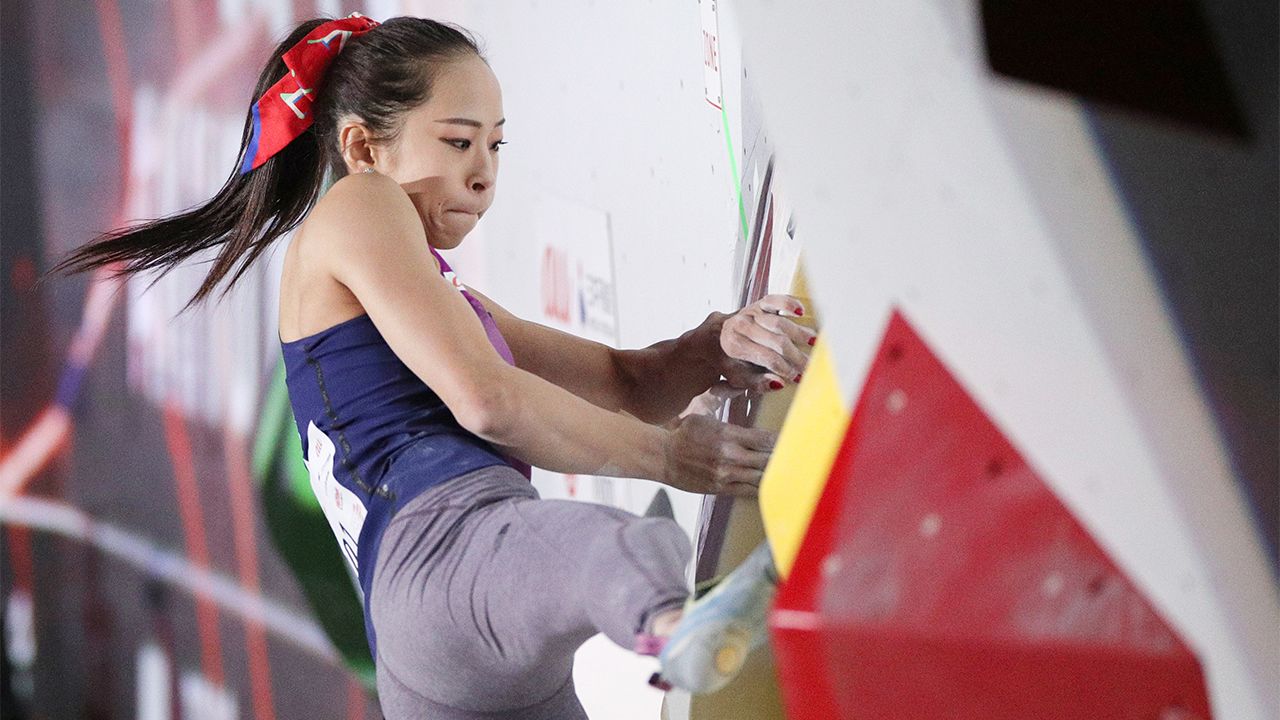 Tokyo 2020 Sports Health Society Lifestyle Apr 15, 2020
Sport climbing is making its debut at the Tokyo Olympics. Veteran climber Noguchi Akiyo has put retirement plans on hold in the hopes of making history at the games in her home country.

Sport climbing is a challenging event requiring competitors to employ physical strength and mental fortitude to scale a vertical wall using only hand and foot holds. Athletes have to take risks and make snap decisions to win, with a single miscalculation being the difference between victory and defeat.

Veteran Japanese climber Noguchi Akiyo says she was first drawn to the sport back in 2000 while a fifth-grader in elementary school after trying bouldering during a summer trip to Guam with her family. Competing in Japan, she quickly made her climbing skills apparent when in March 2002 she beat out a field of older and more experienced competitors to win the All-Japan Youth Championships.

In 2008, at the age of 19, she became the first Japanese woman to win a gold medal in the Bouldering World Cup. She defended her title in 2009 and 2010, and overall has won the competition four times. Her father Kenji, who runs a farm in Ryūgasaki in Ibaraki Prefecture, fully supported his daughter’s activities, even going so far as to build a climbing wall in their barn.

Sport climbing has three disciplines: bouldering, where athletes try to scale as many routes as possible within a set amount of time; speed climbing, which pits two competitors against each other to see who can scale a 15-meter wall the fastest; and lead climbing, involving contestants trying to climb the furthest within a set time. At the Tokyo Olympics, athletes will compete in all three disciplines, with medals awarded by overall rankings. Each discipline calls for different skills, making it difficult for any climber to dominate all three events.

An Issue of Speed

Noguchi’s strongest event, as her World Cup record illustrates, is bouldering. She led the discipline at the 2019 World Championships. However, she missed out on gold, finishing second overall behind Janja Garnbret of Slovenia after coming in third in lead and seventh in speed. While Noguchi’s silver medal earned her a spot on the Japanese team, her performance shows that she will need to improve in her weakest discipline, speed climbing, if she hopes to overcome her rivals.

Bowing Out at the Top

After learning that she would be participating at the Tokyo Olympics, Noguchi tweeted her excitement at the news, stating that Tokyo will be her first and final Olympics. She admits that the games being postponed until 2021 has forced her to hold off on retiring for another year. However, Noguchi, who will be 31 in May, insists she remains focused. “It’s hard to get my head around the idea that the Olympics won’t happen in 2020,” she concedes. “But on the bright side, it means I can spend more time enjoying the sport I love.”