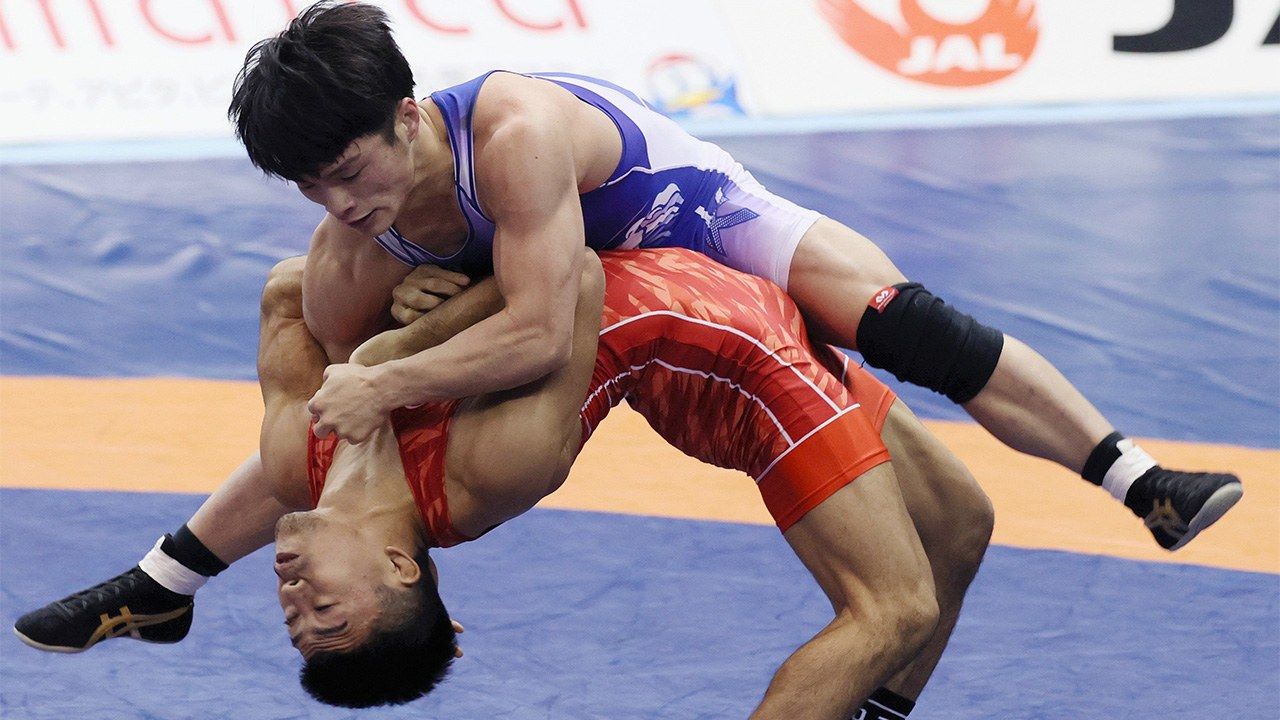 Sports Tokyo 2020 Jul 19, 2021
Japan’s men’s wrestling squad once so dominated the Olympics that the sport was considered a national specialty. However, its only medal in the last seven games was a single gold at the 2012 games in London. Recent years have seen the women’s team overshadowing the men, but hopes for renewal are now resting on Fumita Ken’ichirō, wrestling in the Greco-Roman 60 kg division. The weapon driving him to the top is his powerful suplex.

Fumita Ken’ichirō started out wrestling for fun with his father, a former wrestler and coach himself. His talent really started to shine after he began to practice seriously in junior high school, though. Fumita started to draw major attention with national tournament victories, and his career really took off when he was in university. He won the All-Japan Championships in his third year in 2016, and took the world championship the following year.

Fumita, now 25, wrestles in the Greco-Roman style, which is different from freestyle because it prohibits attacks below the waist; freestyle allows attacks to the whole body. He was the first Japanese wrestler to take the Greco-Roman world championship in 34 years, and the youngest in Japanese men’s history. Injury kept him out of the 2018 world championships, but he returned in 2019 to take the crown once again. He is now considered a contender for Olympic gold.

Many look to Fumita’s suplex throw as the source of his dominance in all these achievements. He uses a deep bend of his back to pick up and throw even powerfully built international opponents in a clear exhibition of physical flexibility and technique. The power he brings to his wrestling is further manifested during matches in his sharp-eyed concentration as he looks for an opening, and his palpable fighting spirit.

When Fumita steps away from the mat, though, he becomes a different person. After he won the 2017 world championship, Fumita’s next act was a solo trip to Fukuoka Prefecture’s Ainoshima islands, which are home to a population of wild housecats. “I bought an SLR camera just to take cat pictures,” he says. His days off see him heading to cat cafes to relax, and when he talks about cats, the fierce expression he holds during matches melts into a gentle smile. His life of trips and training camps makes it difficult to keep a cat at home, but his great love for felines is famous with fans.

Room to Grow Before the Olympics

Fumita won the All-Japan championships in December 2020 without relying on his most feared suplex, bringing other techniques to play. He was aware that his opponents would be studying him, and his work paid off. “I think I’m starting to address issues with finding new ways to attack,” he says, “and I feel like I still have room to grow.”

Victory at the Olympic games will not be the end for Fumita, though. He says that he is well aware of his position carrying the hopes of many involved in this sport. “I want to help guide wrestling in Japan,” he says. Fumita Ken’ichirō is determined to take the center podium at the games to claim his place as Japan’s wrestling superstar, but is sure to find time to cuddle with cats.

(Originally published in Japanese. Banner photo: Fumita Ken’ichirō’s strongest weapon is his throwing technique, taking advantage of his flexible back. Here he throws Suzuki Ayata, wrestling in blue, in the winning match at the All-Japan Championships on December 20, 2020. © Jiji.)