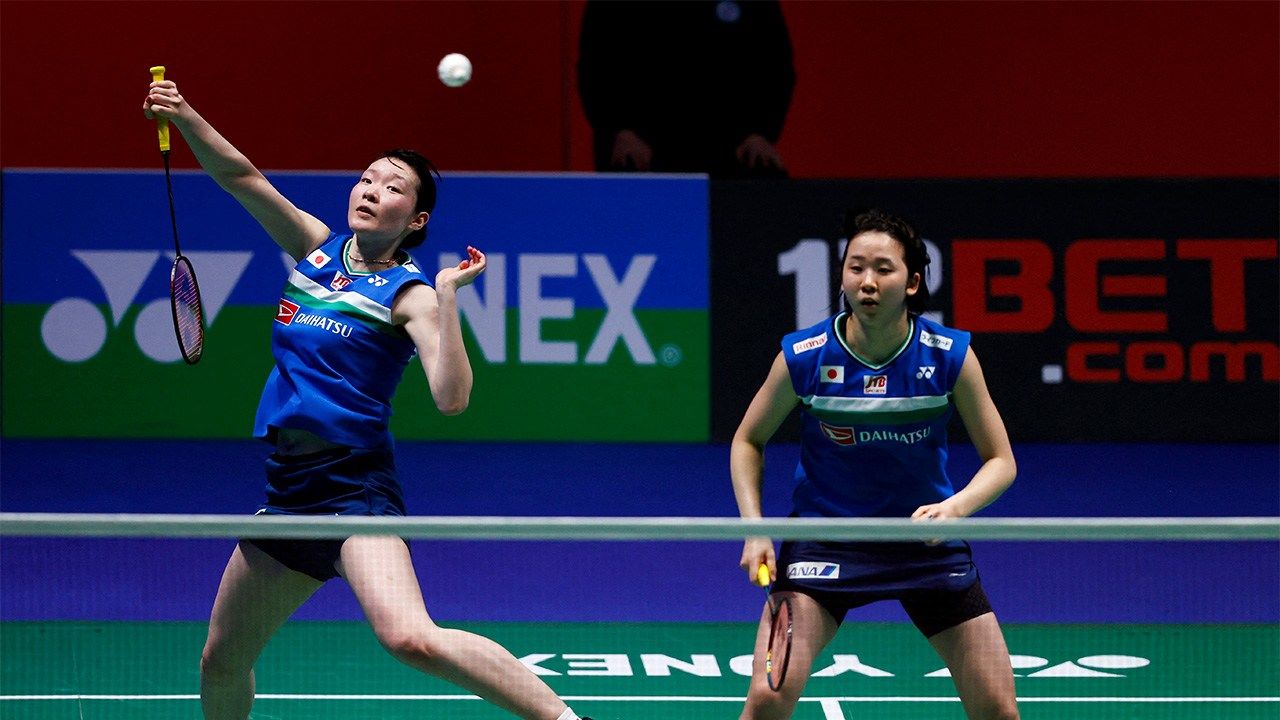 Sports Tokyo 2020 Jul 20, 2021
Japan’s badminton dreams of Olympic glory came true for the first time at the 2012 London games, when Fujii Mizuki and Kakiiwa Reika took silver, breaking the ground for Japan’s athletes to shine at international tournaments. Now expectations are high for both the men’s and women’s teams to take Tokyo medals. The so-called Naga-Matsu pair of Nagahara Wakana and Matsumoto Mayu, who won the Badminton World Championships in 2018 and 2019, may have the best chance at gold.

Nagahara Wakana and Matsumoto Mayu were both born in Hokkaidō, and each picked up badminton locally as a child. Nagahara is now 24 years old, and Matsumoto 25, but Nagahara’s birthdate put her in the same grade in school as Matsumoto. After graduating from high school in 2014, both began working at Hokuto Bank in Akita Prefecture. That was where they finally teamed up.

They formed a pair after joining their new company, and slowly began racking up tournament wins. They placed third in the All Japan Badminton Championships in 2017, and were selected for the Japan National A Team the following year. Even though they were then members of the highest category in the sport, they continued to play catchup to teammates Matsutomo Misaki and Takahashi Ayaka—famed as the “Taka-Matsu pair”—who took gold at the 2016 Rio de Janeiro Summer Olympics.

But the Cinderella story started soon after.

At the 2018 World Championships, Nagahara and Matsumoto did not initially qualify, but were promoted to be the fourth Japanese pair in the tournament when a team from another country withdrew. They then came from behind to win their first two matches, and when they faced Takahashi and Matsutomo in the third round, won 2–0 in straight sets.

Their momentum was unstoppable. After winning the quarterfinals and semifinals, they faced Fukushima Yuki and Hirota Sayaka in the final. That pair had won silver at the previous year’s World Championships, and Nagahara and Matsumoto had faced them six times before without a single victory. They did not let that hold them back, though, and took the championship with a 2–1 victory. It was the first Women’s Doubles World Championship for Japan in 41 years.

The victory was no fluke. They won the world championship again the following year, and then the March 2021 All England Open. Winning these kinds of tournaments, with decades of tradition and a strong reputation for hosting the world’s top players, has enormous meaning.

The pair now stands undisputed at the peak of the world rankings. In retrospect, their sudden leap to the top was no accident, though.

They had first paired up in their bank team because their coach at the time recognized the potential in their heights. Nagahara is 170 centimeters tall, and Matsumoto 177. Putting them together would create a team of unprecedented height in Japan’s women’s badminton, and he sensed the possibilities that might open up. His judgement has been proven sound by the pair’s aggressive use of their height in powerful downward smashes, which have served them well at the global level.

Their pairing has revealed other advantages, as well. Nagahara has a careful, strategic way of thinking, while Matsumoto brings quick-moving determination. That contrast creates a synergy in their games that further strengthens them as a team.

In the upcoming games they are set to face strong opponents from China and South Korea, and of course Fukushima and Hirota as well. Undeterred by the challenge, the Naga-Matsu pair is ready to take the court with dreams of Olympic gold glittering in their eyes.

(Originally published in Japanese. Banner photo: The pair defeated Fukushima and Hirota at the All England Open on March 21, 2021, in Birmingham, Britain, to take the championship. © Jiji.)