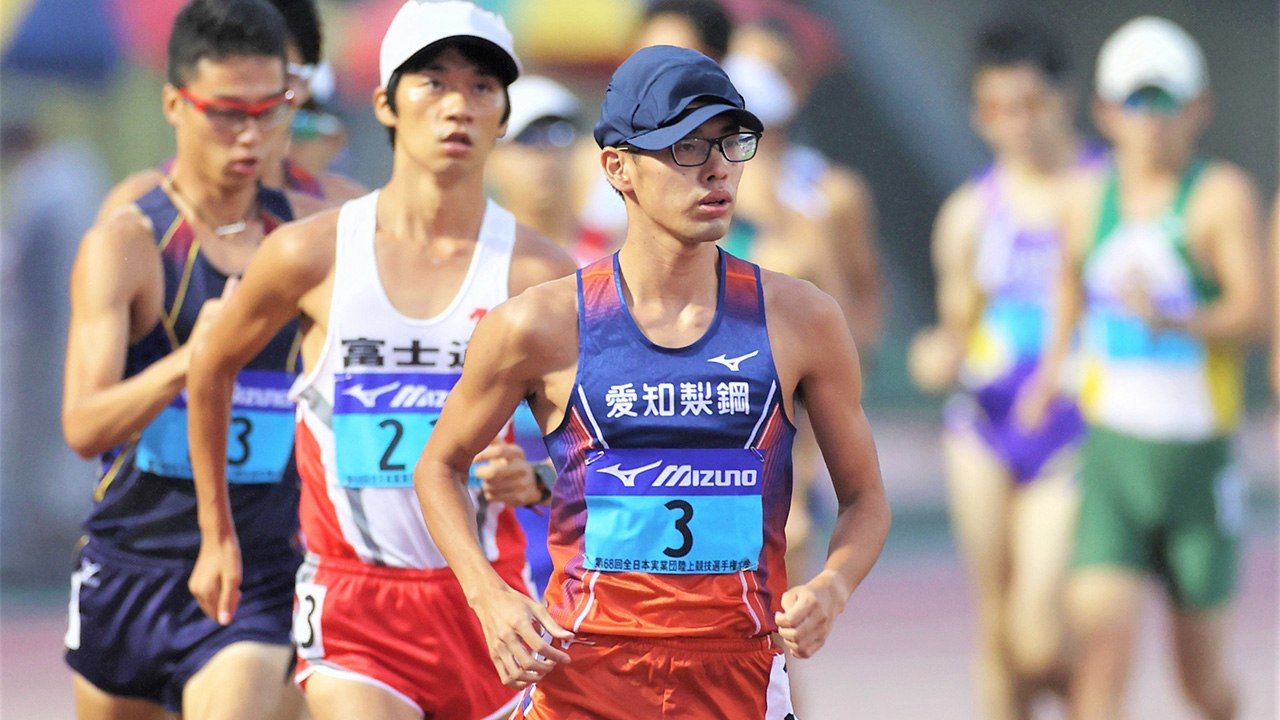 Tokyo 2020 Sports Aug 4, 2021
Japan’s race walkers have been turning in strong performances in recent years, and a number of them are ready to compete in the Tokyo 2020 races. Yamanishi Toshikazu, who will take to the course in the 20-kilometer race, carries the country’s medal hopes with him. A look at this racer whose background makes him seem more like a top student than an elite athlete.

Japanese race walker Yamanishi Toshikazu, now 25, first gained global attention at the 2019 World Athletics Championships in Doha, Qatar, where he won the 20-kilometer race walk event with an impressive performance. At around the 7-kilometer mark, he caught the lead walker, leaving him quickly behind and forging ahead in the sole lead for the rest of the race.

The Doha championships took place under infamously challenging weather conditions, with high heat and humidity. Even though the race walk started at 11:30 at night to avoid the brutal daytime heat, the oppressive temperature still forced several competitors to drop out midway through the race. The conditions at Doha convinced the International Olympic Committee to require that the Tokyo 2020 marathon be moved from the capital to the somewhat cooler northern city of Sapporo, Hokkaidō.

Yamanishi excelled in the race despite the high heat index, though, marking himself as a medal candidate for the Tokyo Olympics, then scheduled for the next year.

Engineer at the Olympics

As people came to notice Yamanishi for his exploits on the racecourse, they also realized that he had an unusual background for a top Japanese athlete. He had not spent his young years in one of the nation’s top athletic programs; rather, he rose through the rigorous academic environment of Kyoto’s top schools.

He joined the track and field team at Kyoto Municipal Horikawa Senior High School, ranked among the top academic schools in the prefecture. He began as a runner, but switched to race walking after becoming fascinated as he watched some older students do it. He took to his new sport naturally, racking up a string of strong performances during his high school career.

When it came time to choose a university, though, it was not an athletic powerhouse, but the prestigious Kyoto University, that ended up his school. He pushed himself still harder by entering the engineering department, rather than a liberal arts program that would offer an easier schedule with more time for race-walk practice. He went into this decision with confidence, though, thanks to the years he had spent balancing his sport with his schoolwork at Horikawa.

As a high school student, Yamanishi raced well enough to win the 10,000-meter race at the 2013 IAAF World Youth Championships. But his teachers and coaches kept him focused on his education as well, urging him to pull out of competitions when it was time to prepare for entrance examinations. It is clear that he has a talent for dividing his attention appropriately and giving the task at hand his complete focus as needed. He showed this talent in university as well, excelling in his studies while also winning the 20-kilometer race at the 2017 Universiade held in Taipei, Taiwan.

The Next Target: Olympic Gold

In 2018, Yamanishi graduated and took an engineering position with Aichi Steel. Just as in his school days, he has worked to keep his career from interfering with his training, hitting the road early in the morning and in the evening after his shift finishes.

Today Japan has no shortage of athletes—particularly those who rise to the level where they can represent the country in international competition—in the enviable position of being able to focus full-time on their training. All of this makes Yamanishi stand out even more for his ability to graduate from top schools and hold down a career at the same time as winning world-class races.

His next such race is the Olympic 20-kilometer men’s race walk on August 5. “I’ve always been training with my sights set on a gold medal in this event,” he says. “That goal remains unchanged, and I’m ready to go for it.”

In a field packed with domestic rivals and a strong Chinese contingent, it will not be an easy medal to win, but Yamanishi Toshikazu believes in himself.