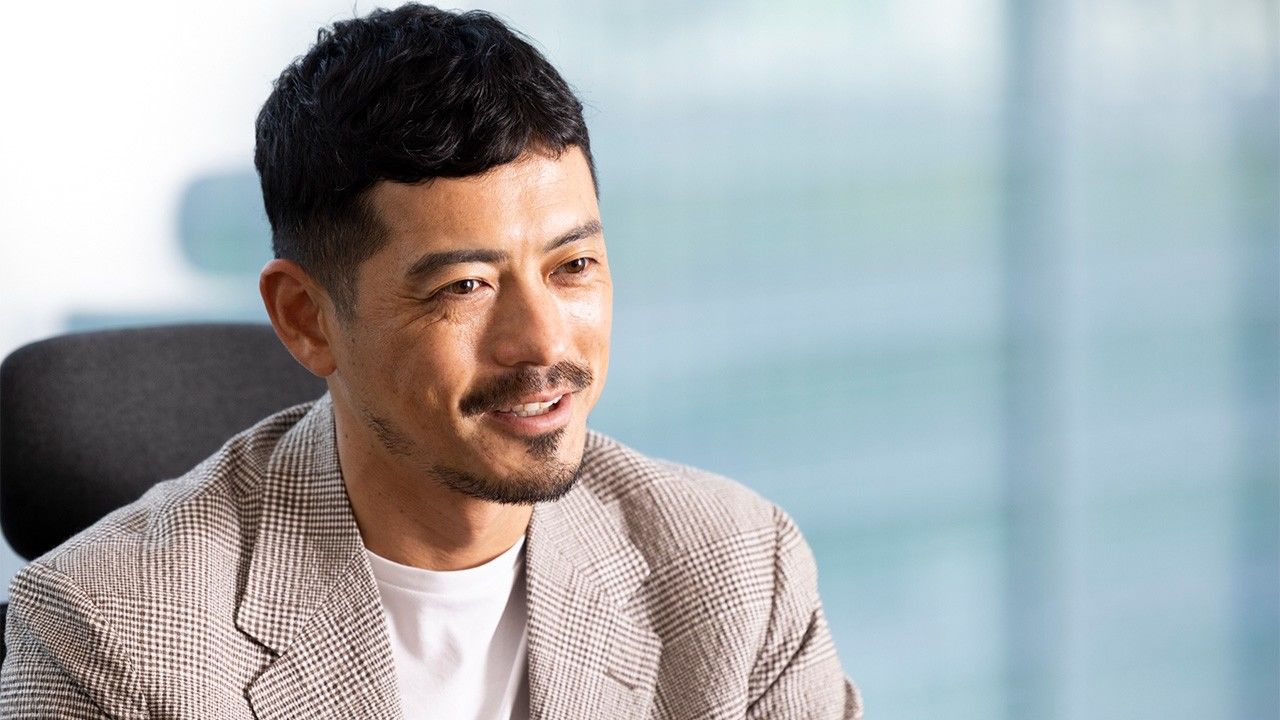 Health Sports Dec 16, 2022
Former soccer star Suzuki Keita has dedicated himself to the cause of intestinal health as CEO of AuB, a venture grounded in the scientific analysis of top athletes’ stools. As an athlete and a businessman, Suzuki shares his perspective on gut flora as a key to health and fitness.

In October 2015, former J. League soccer star Suzuki Keita launched AuB, a venture dedicated to studying the intestinal bacteria of top athletes. Since then, the company has collected some 2,200 stool samples from 950 athletes across 40 different sports, including soccer, rugby, and track and field, and conducted analyses of their bacterial DNA. Armed with that data, AuB has partnered with academic and corporate researchers to elucidate the effect of intestinal bacteria on human health, while developing products that put that knowledge to practical use.

Suzuki, now 41 years old, credits his mother with his own interest in gut health. A professional cook and a zealous manager of the family’s health and wellness, she taught the young Keita the central importance of the bowel to general health and admonished him to inspect his own stools each morning. When he was a high school student, his mother advised him to take a probiotic supplement at a time when few people had even heard of such a thing. He was skeptical at first, but he felt better when he took it.

As a professional athlete, playing soccer for the J. League’s Urawa Red Diamonds, Suzuki continued to follow his mother’s advice. He pampered his gut by wrapping a haramaki around his middle and went easy on cold drinks and frozen desserts. When the team traveled overseas, he invariably took along his own stash of green tea and some of his grandmother’s homemade umeboshi (pickled plums).

To be sure, Suzuki also grappled with health challenges, including exhaustion and arrhythmia, but he believes his gut-health regimen stood him in good stead. He played for the Urawa Reds (as they are commonly known) for 16 years and served as team captain for 3 of those. He was selected for the Japan national team and was named one of the “J. League Best XI” two years in a row. 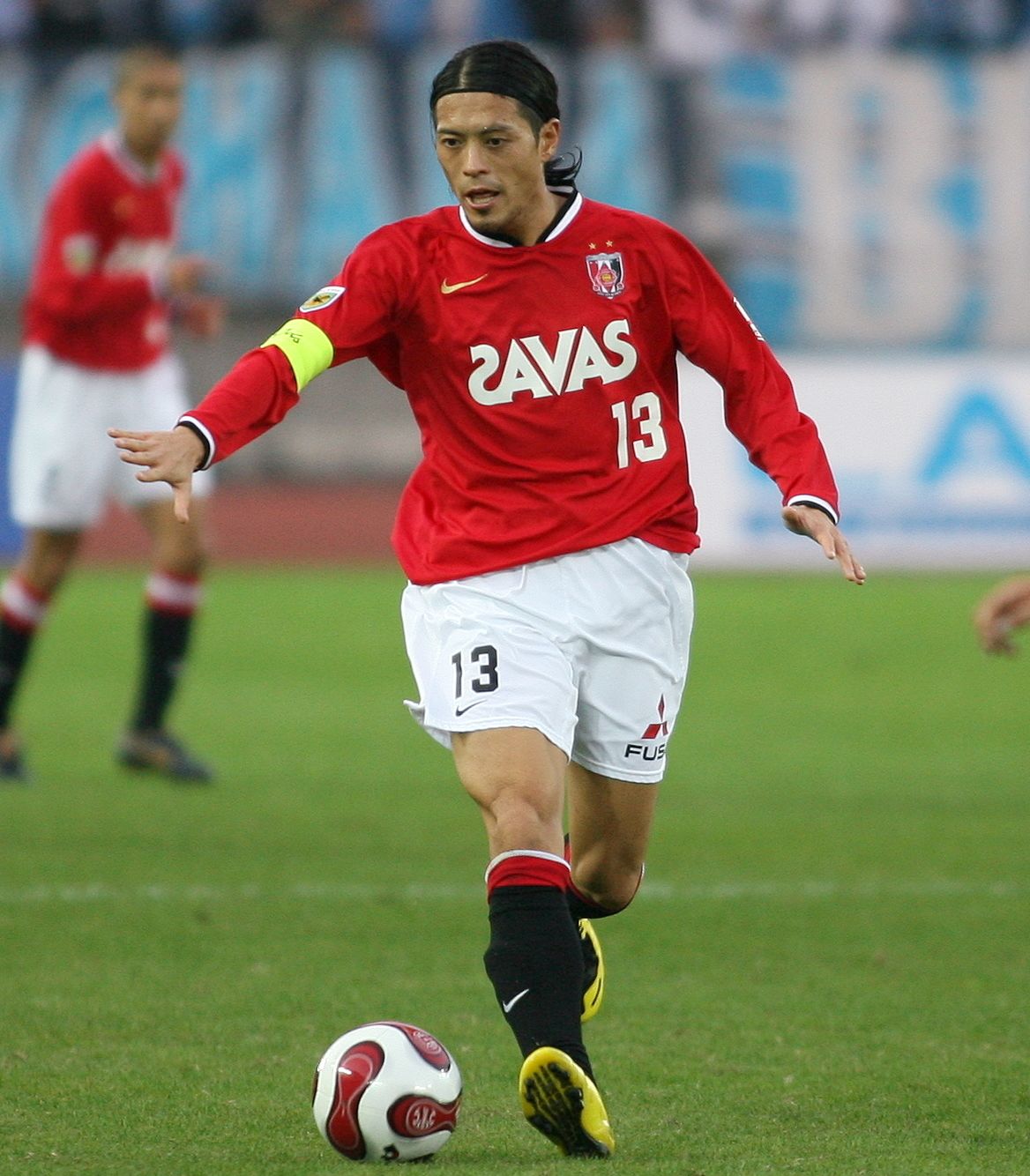 Suzuki Keita of the Urawa Reds in a soccer match against Yokohama FC at Nissan Stadium, Kanagawa Prefecture, on December 1, 2007. (© Jiji)

It was not until the spring of 2004, however, that Suzuki fully appreciated his mother’s wisdom. The national team was in Dubai, United Arab Emirates, for the final round of the Athens Summer Olympics Asian men’s qualifiers. The team carefully controlled what the athletes ate and drank—as it always did when they traveled overseas—yet by the third game, 18 of the 23 players were suffering from diarrhea, which can drastically compromise an athlete’s performance. “For some reason, I was fine,” recalls Suzuki. “I thanked my mother from the bottom of my heart for impressing on me the importance of gut health.”

Seeds of a Unique Venture

The seeds of AuB were planted in 2015, when Suzuki’s trainer introduced him to someone who was developing an app to record the condition of one’s stools for health management purposes. Intrigued, Suzuki immediately arranged a meeting with the developer. During their conversations, Suzuki casually floated the idea of collecting stool samples from top athletes. “I knew how important my intestines were to my own health, but no one else seemed to care very much. I thought this might be a way to spread the word about gut health,” says Suzuki. In October 2015, he and four partners launched a venture business dedicated to that goal.

At the time, Suzuki was still playing professionally, and AuB’s business plan remained a bit vague. But when Suzuki announced his retirement in January 2016, he signed on as president and chief executive officer of AuB and began actively pursuing his mission, beginning with the collection of athletes’ stool samples.

The very first contribution was from rugby star Matsushima Kōtarō, who was to play for the national team when Japan hosted the World Cup in 2019. Suzuki, who had a close personal relationship with Matsushima, broached the topic rather suddenly during a meal. “Hey, dude, I want you to bring us your poop . . . it’s for the good of humanity,” he said. This was before microbiome analyses had become commonplace, and Matsushima was understandably floored; in fact, he had to ask Suzuki to repeat himself. But he eventually agreed.

Thus began AuB’s Give Us Your Poop campaign. Since then, Suzuki and three company advisors, all former Olympians, have leveraged their connections in the world of sports to mine “brown gems” from hundreds of Japanese athletes. (Nowadays, athletes frequently approach AuB to have their microbiome analyzed.)

Turning Point for a Startup

Today, AuB is a ¥700 million company with 15 employees. But it has not always been smooth sailing. In the spring of 2019, the business found itself in dire straits, dangerously low on funding. Suzuki and his partners had exhausted almost every avenue when they received a desperately needed infusion of capital via a third-party share allotment scheme involving Taishō Pharmaceutical, among other companies. With the ¥300 million thus raised, Suzuki put the team on an attacking formation, resulting in the publication of research papers, the discovery of new bacteria strains, and entry into the food tech industry.

Heading up the research and development side of the business was Chief Technical Officer Fujikawa Rintarō. Fujikawa joined the company for two main reasons. One was the unique enthusiasm and charisma of CEO Suzuki Keita. The other was an awareness of the exponentially growing business possibilities of microbiome analysis. After all, the cost of such a DNA analysis had plunged from roughly ¥100 million to around ¥10,000 in just 10 years. 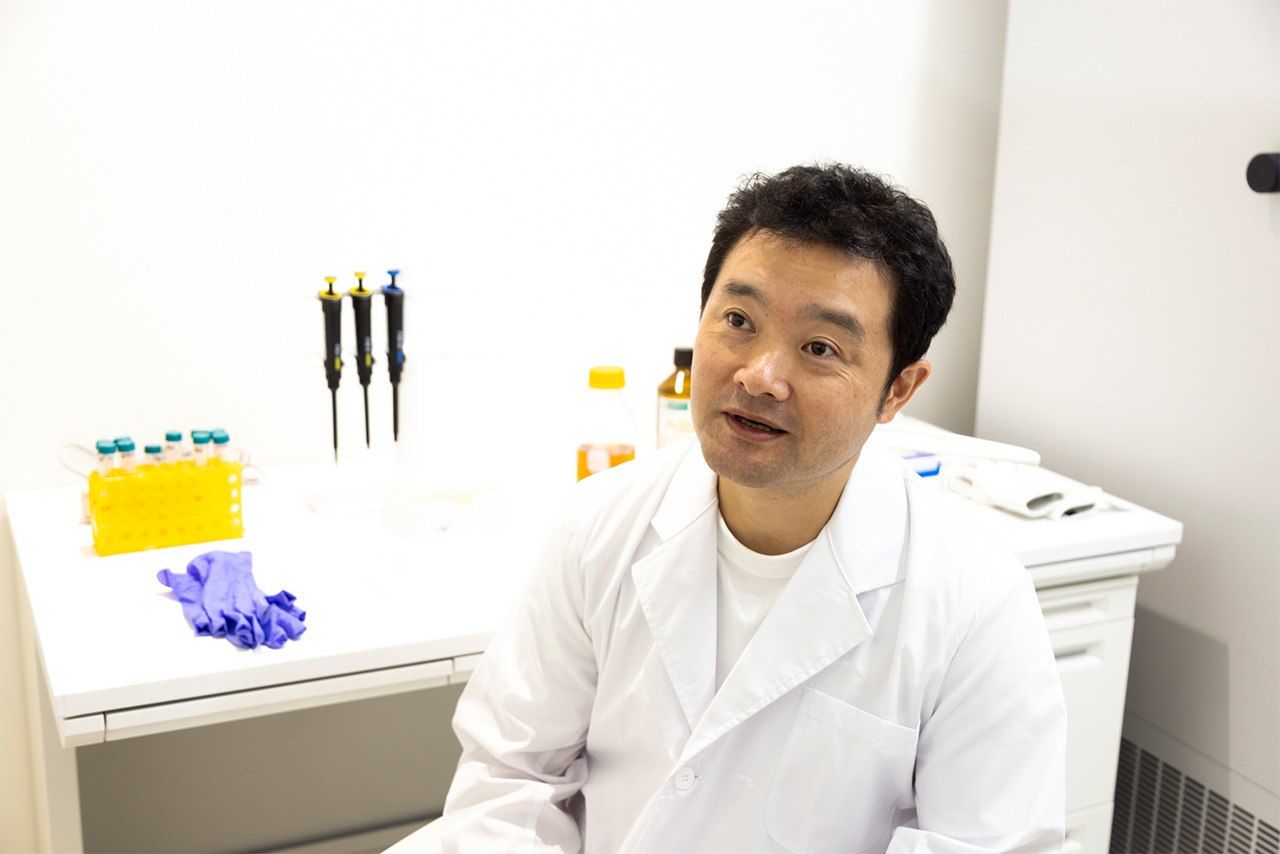 In the past four years, AuB has made exciting progress in both research and product development.

In a paper published in 2018, researchers reported that the intestines of the top athletes studied had about twice the level of butyric acid bacteria as that found in the general population, accounting for 5%–10% of all gut bacteria instead of the usual 2%–5%. Higher levels of butyric acid bacteria are believed to help sustain healthy immune function, while insufficient levels are associated with allergies like hay fever, food intolerances, and more severe illness among those infected with COVID-19.

In September 2020, AuB researchers discovered a new species of bifidobacterium in the stool of a former Olympic athlete and applied for a patent. The new bacterium, dubbed AuB-001, has the ability (unusual among bifidobacteria) to feed on the sugar alcohol sorbitol. In the process of breaking down sugars, it produces about 11 times more acetic acid than ordinary bifidobacteria. This is important, since acetic acid helps to regulate immune function. In addition, since AuB-001 is highly resistant to stomach acid, it can survive oral administration and reach the intestine intact. 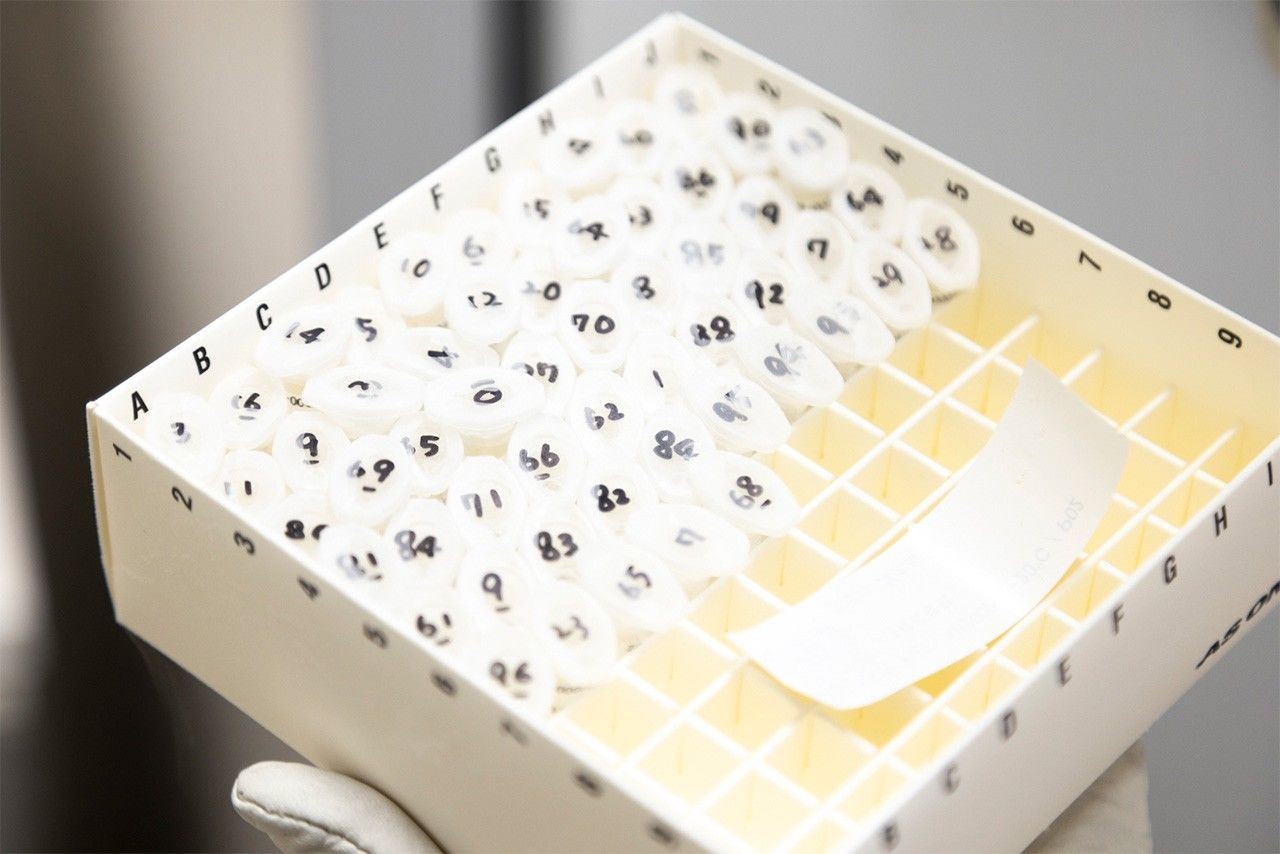 Bacterial DNA collected from stool samples is stored in a freezer. (© Kawamoto Seiya)

In another study, published in September 2022, researchers compared the fiber intake and gut microbiomes of 160 adult men and women. They found that the variety of fiber sources correlated more closely with microbiome diversity than the quantity of fiber ingested. This confirmed what many dieticians already knew: A healthy diet is a diverse diet. Rather than rely on a few “superfoods,” one should strive to get one’s dietary fiber from a rich variety of vegetables, fruit, seaweed, mushrooms, beans, and whole grains.

In 2020, AuB entered into a research and financial partnership with Kyocera. Hanamaruki, a miso manufacturer, Hokuto, a mushroom producer, and Nissui, a marine products company, are all partnering with AuB to investigate how their products and ingredients affect the intestinal environment of athletes. 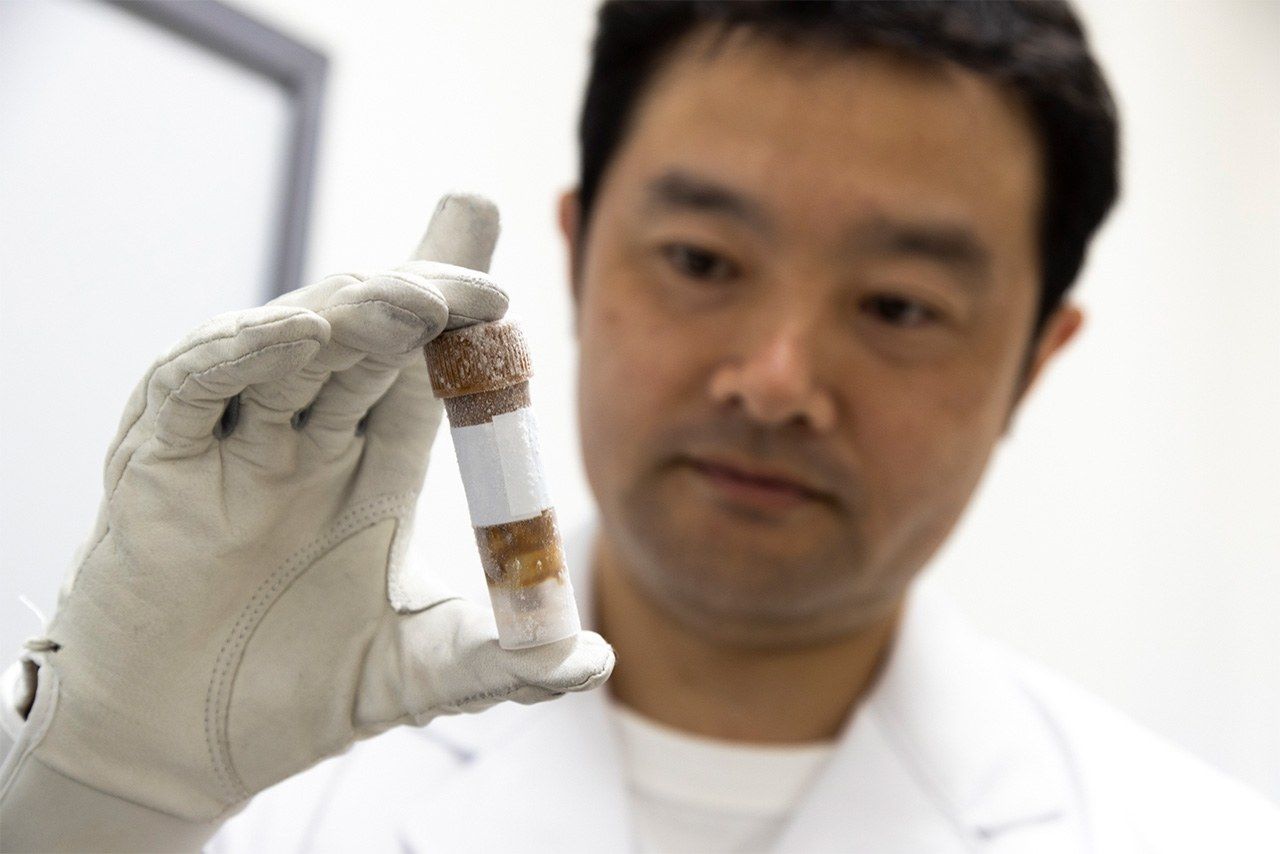 After six years of experimental research, Fujikawa felt it was time to put AuB’s findings to practical use and begin developing products to increase the variety of bacteria in the human gut. In 2019, AuB launched a probiotics supplement containing some 30 strains of butyric acid bacteria and other flora believed to be beneficial to human health. It also developed a powdered prebiotic supplement designed to nurture a healthy mix of intestinal bacteria with the aid of dietary fiber and oligosaccharides from more than 50 vegetables, seaweeds, and grains, as well as multinutritional proteins. Sales are on the rise.

“I want you to picture living creatures inside your body,” Fujikawa says. “You need to feed them the fiber they like to eat, or else they’ll get angry and make you sick.”

Unfortunately, the average intake of dietary fiber among the Japanese people has fallen by half over the past 20 years, according to the Ministry of Health, Labor, and Welfare.

Fujikawa urges everyone to consume foods and supplements rich in beneficial microbes and to nourish the good bacteria with a variety of fiber-rich foods. He also stresses the importance of good oral hygiene, chewing one’s food thoroughly, getting plenty of sleep and exercise, and avoiding chills (including cold drinks, ice cream, and so forth). A bath before bedtime is also recommended to warm the abdomen. It turns out that most of the things our grandparents insisted were good for us really are.

Spreading the Wealth of Gut Health 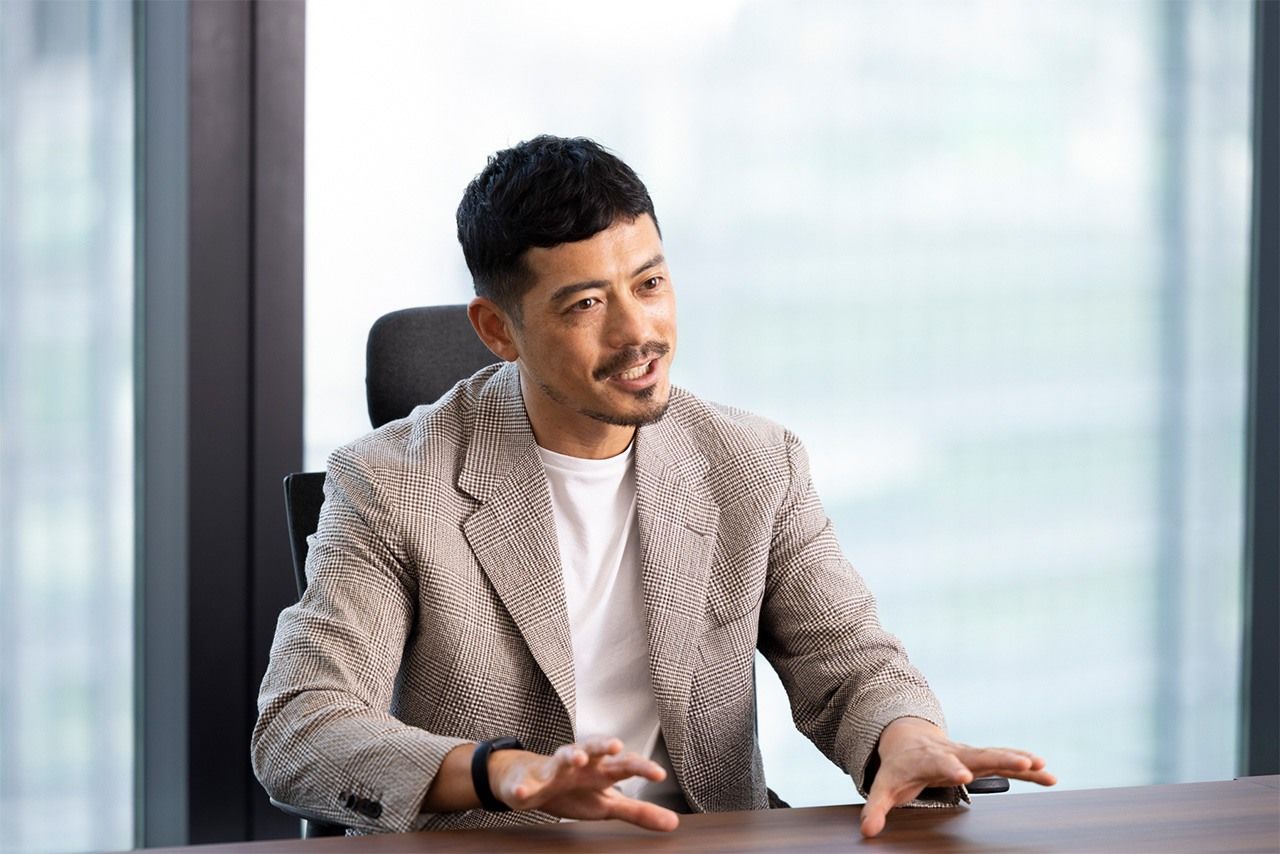 As a soccer player, Suzuki knew that his most valuable asset was his ability to play before legions of enthusiastic Reds fans, young and old. And that ability depended on his physical and mental condition. When Suzuki retired, he wanted to share the treasure of good health with as many people as possible.

“When you’re feeling poorly, you don’t want to take on big challenges. You get depressed and discouraged, and you don’t feel like talking to people. You can’t do what you love most in life, which is a tragedy. But when you’re healthy, even if you stumble, you have the energy to pick yourself up and start over again.” Thus aware of the importance of good health, Suzuki has made it AuB’s mission to “help everyone achieve their optimal condition.”

Suzuki is aware that propagating “gut literacy” while leading a growing company is no easy task. But he is supported and motivated by years of experience honing his own health and fitness through a process of trial and error. He can think of nothing more rewarding than to help other athletes who have devoted their lives to physical conditioning return something to the community—including the next generation of athletes—in the form of useful scientific data.

Suzuki says he still examines his own stool each morning. He even calls his wife in to admire a particularly fine specimen. And he is passing his gut awareness to the next generation. A typical breakfast-time exchange with his daughter might go as follows:

“Oh, everything came out fine.”