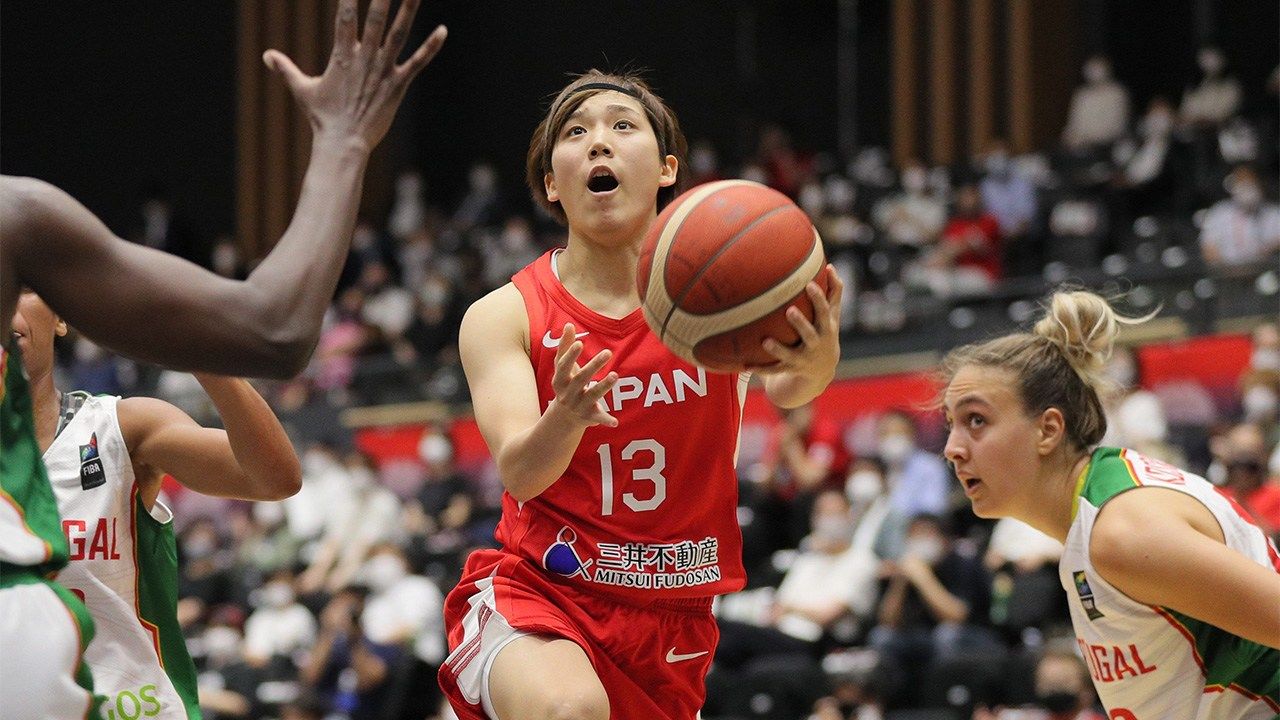 For the Record: A Look at the Numbers Behind the Olympics

Olympics by the Numbers: Japanese Women’s Basketball and Volleyball Teams Stand Up to Taller Rivals

Tokyo 2020 Sports Jul 30, 2021
Height is considered an advantage in sports like basketball and volleyball, but the Japanese women’s national teams have been turning this assumption on its head with shorter-than-average squads that are able to hold their own against taller opponents. Conversely, Japanese cyclists have traditionally performed poorly at the games in the native cycling sport of keirin despite there being a competitive domestic professional circuit.

In basketball and volleyball, it helps to be tall. But the Japanese women’s national teams in both sports have fared well at the Olympics with squads whose average height measure far below those of opposing teams. By contrast, Japanese keirin athletes have continually performed poorly at the games even while competing at the top level professionally in Japan. Below I look at the various factors behind these trends.

On paper, the Japanese national women’s basketball team seems destined to be dominated by taller rivals. The average height of the Akatsuki Five, as the squad is known, is a mere 175.6 centimeters, well below the towering rosters of teams like the United States and Australia. Guard Machida Rui, the shortest member of the team, measures in at just 162 centimeters while center Takada Maki and Akaho Himawari, the tallest players, are on the small side even at 185 centimeters. Only Puerto Rico is more diminutive, with an average height of 175.4 centimeters.

The loss of 193-centimeter center Tokashiki Ramu to knee injury reduced the stature of Japan’s lineup in Tokyo by nearly two centimeters compared to 2016. In Rio de Janeiro, the average height of the squad was 177.3 centimeters, making it the shortest of the 12 teams competing at the games. Despite its height deficit, Japan had a 3–2 record in the group stage and advanced to the quarterfinals, where it fell to eventual gold-medal winners the United States.

Hopes are high that Japan will do even better at the tournament in Tokyo. Since June, the team has shown its strength by defeating seventh-ranked Belgium as well as downing formidable opponents Portugal and Puerto Rico, earning the number 10 spot in the rankings heading into the games.

The Japanese women’s basketball team had one of its best Olympic performances at the 1996 games in Atlanta. Japan’s average height of 176.6 centimeters at the time was only slightly taller than the current roster. During the quarterfinal matchup against a dominant United States, 165-centimeter tall point guard Murakami Chikako matched her speed and agility against American superstar Lisa Leslie, who at 196 centimeters towered over her Japanese opponents. Although Japan went down to defeat 93–108, the 15-point margin was the closest any opponent came to Team USA during the tournament.

Japan started its Tokyo campaign with a win against France. It next meets gold-medal favorites the United States in a Group B matchup on July 30. The American squad averages 186.4 centimeters, dwarfing Japan by some 10 centimeters, and boasts five players over 190 centimeters tall. The Japanese team has its work cut out for it, but has a good chance to emerge from the contest as a giant slayer.

The Japanese women’s national volleyball team, known as Hinotori Nippon, faces much the same situation as its basketball counterparts when it comes to size. The squad’s average height is 177.3 centimeters, some 10 centimeters shorter than first-ranked United States at 187.5 centimeters and second-ranked China at 188.9 centimeters.

Japan, though, has already shown that stature is not everything when it comes to winning. At the 2012 games in London, the squad, then ranked third in the world, used its service game and the attacking power of its back line to power past taller rivals and capture bronze. What is more, the team was smaller than in Tokyo, averaging just 175.0 centimeters.

Japan currently ranks fifth in the world. Fans will be excitedly watching players like attackers Kurogo Ai and Koga Sarina, both of whom stand a modest 180 centimeters tall, as they face off against the towering blockers of opposing teams.

One sport in which Japan would seem to have an advantage is keirin. The track cycling event has its roots in the popular racing style, also knowns as keirin, that first developed in Japan for betting purposes in the late 1940s and is still one of four public sports in the country that can be gambled on legally.

Keirin debuted at the International Cycling Union (UCI) Track Cycling World Championships in 1980. The rules were gradually adjusted to make it more suited for international competitions, and it became an official Olympic event at the 2000 Sydney games. 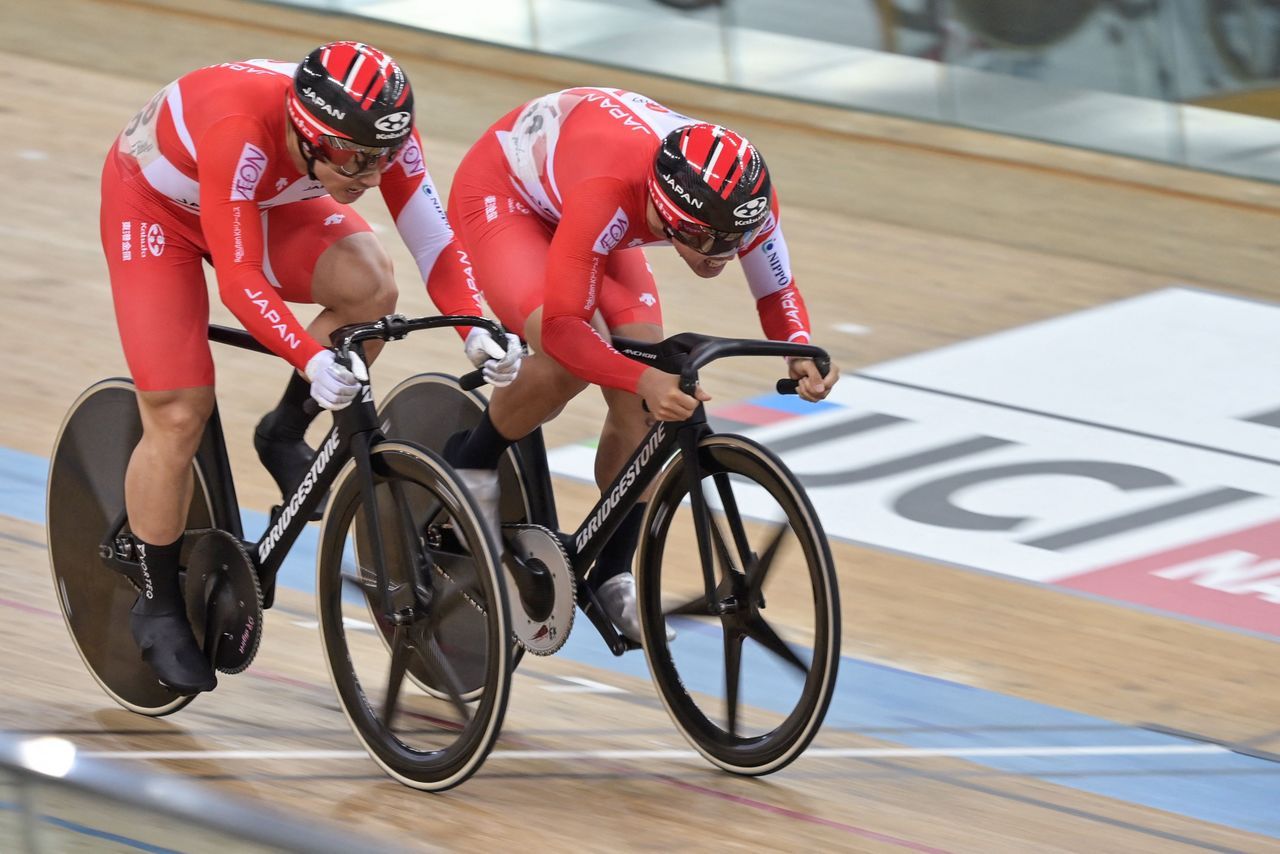 Japanese Olympic cycling team members Wakimoto Yūta (left) and Nitta Yūdai compete in the men’s keirin at the Nations Cup in Hong Kong on May 16, 2021. (© AFP/Jiji)

Since then, cyclists from Australia, Britain, and France have claimed the gold in the event, while Japan’s best showing was a bronze medal by Nagai Kiyofumi at the 2008 Beijing Olympics. The poor record of Japanese cyclists in an event that originated in the country boils down to the differences in the domestic and international variations of the sport.

First, the tracks are of differing lengths. Japanese keirin takes place on an oval that is typically 333 meters or 400 meters around, whereas the keirin at the Olympics uses tracks that are 250 meters. There is also a discrepancy in the number of contestants per race, with up to nine riders taking part in domestic keirin races compared to seven for the Olympic version. Race lengths are likewise different, being 2,000 meters for men and 1,600 meters for women at the domestic races, but 1,500 meters on the Olympic circuit.

These all affect a rider’s race strategy. If Japanese cyclists expect to win at the Olympics, they have to shift their focus to competing at the international level. This, however, is not an easy decision for professional keirin athletes who make their livelihood racing in Japan.

The Tokyo Olympics might see Japan’s keirin fortunes improve, though. Two cyclists, Nitta Yūdai and Wakimoto Yūta, have been training and competing on the international circuit with their eyes on the games. The pair have gradually been closing in on the top-ranked riders. In 2019, Nitta took silver at the World Championships, followed by Wakimoto in 2020.

So, just how fast do riders travel? During a flying 200-meter time trial in February of this year in Japan, Nitta set a new Japanese record with a time of 9.562 seconds. In terms of speed, this equates to traveling at 75.3 kilometers an hour.

At such a pace, the key to winning in keirin comes down to reducing air resistance as much as possible. At 75.3 kilometers an hour, the force on cyclists is nearly the same as a 20-meter per second gale, a stiff wind strong enough to snap off tree limbs and even make walking difficult.

Riders reduce drag by slipping behind competitors to take advantage of the lowered wind resistance, allowing them to conserve energy for the sprint to the finish on the final lap. Positioning is key, and part of the excitement of keirin is how athletes energetically jockey for position on the track. Japanese fans of the sport will be watching if the strategies of Nitta and Wakimoto pay off in Olympic keirin gold.

(Originally published in Japanese. Banner photo: Japanese point guard Machida Rui attempts a layup against Portugal in an exhibition game ahead of the Olympics on June 10, 2021, at the Yokohama Budōkan. At just 162 centimeters tall, Machida is the second shortest player at the games. © Jiji.)