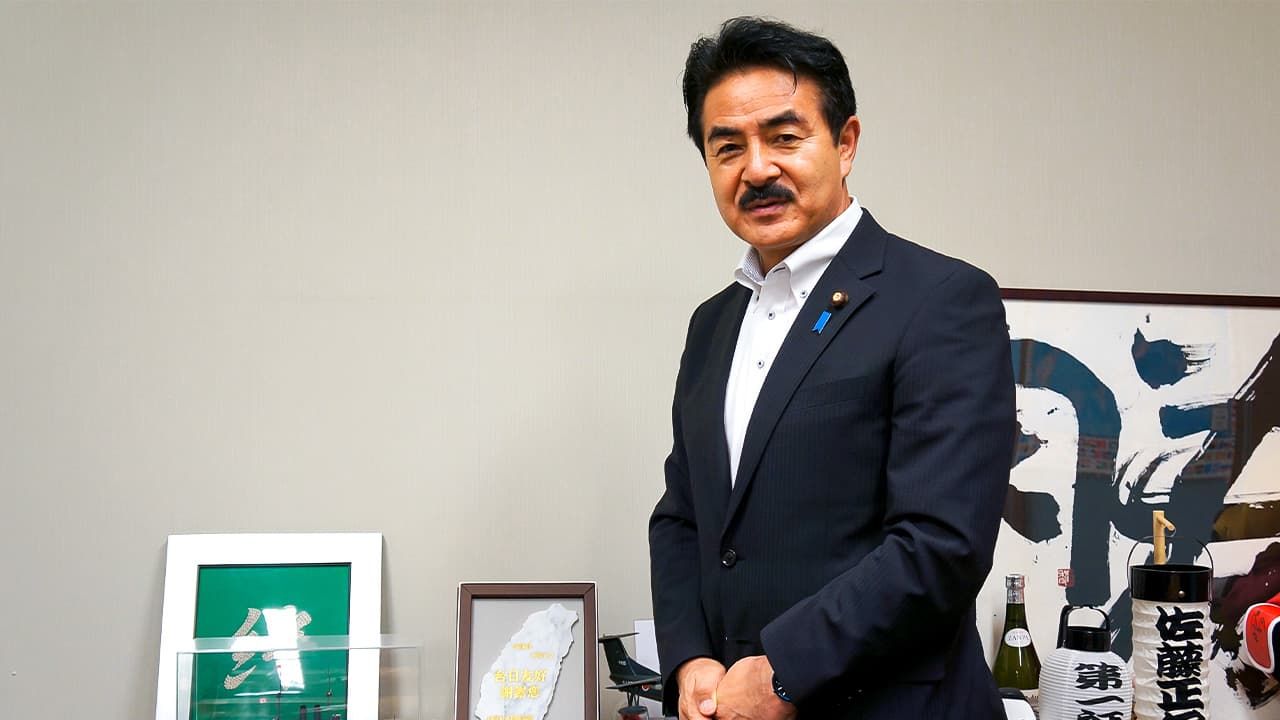 Sato Masahisa: No Time to Waste on Japan-Taiwan Defense Cooperation

Politics Nov 9, 2022
In February 2021, the Liberal Democratic Party Policy Research Council established a project team dedicated to Japan-Taiwan relations chaired by Sato Masahisa. Sato is a member of the House of Councillors and a retired SDF officer. Here he argues that Japan should deepen defense cooperation with Taiwan in response to the drastically changing international situation. 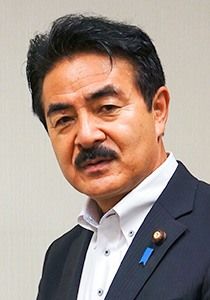 A Close Relationship Across a Narrow Sea

INTERVIEWER  Can you describe your connections to Taiwan?

SATO MASAHISA  I have visited Taiwan five or six times. When I studied at the United States Army Command and General Staff College, a classmate of mine was from the city of Kaohsiung in southern Taiwan. I visited him when he was a high-ranking officer there. I also visited him when he was a commander in the township of Nangan in the Matsu Islands and was shown the underground command center and hospital.

I also visited Hualien in eastern Taiwan. From that trip I gained the impression that Taiwan’s Central Mountain Range would make it difficult for China to hit eastern areas like Hualien with a missile attack. Many of the mountains in the range are over 3,000 meters high. I have visited an air force base as well.

In August 2021 I participated in the two-plus-two talks on foreign and defense policy between the Japanese and Taiwanese ruling parties. I’m also working on various other projects, including strengthening relations among Taiwan, Japan, and Palau and between the US-Japan alliance and Australia, New Zealand, and Taiwan.

INTERVIEWER  Despite the lack of formal relations, it could be said that Japan’s and Taiwan’s current relationship is the best it has ever been. What do you think is behind this?

SATO  The most important reason is that Japan and Taiwan are partners tied tightly together by shared values. I also believe it has something to do with the Taiwanese people’s evaluation of Japanese rule during the colonial period.

Taiwan is a partner for Japan in the areas of freedom, democracy, and the rule of law. This differentiates Japan and Taiwan from China’s “hegemonic expansionism.” Many Japanese and Taiwanese express favorable views of each other in public opinion polls.

INTERVIEWER  From your perspective as a key party policymaker, where does Taiwan fit in the LDP foreign policy debate?

Taiwan is also important to Japan’s economic security. Taiwan produces 90 percent of the world’s most advanced semiconductors, and it’s easy to imagine a production halt severely affecting Japan, the United States, Europe, and many other countries.

Taiwan is also located at the crossroads of the East China Sea, the South China Sea, and the Pacific Ocean. It makes a big difference to our security if Taiwan is on our side, the liberal camp, or China’s side. China could exert significant influence over our security from the Bashi Strait if it controlled Taiwan. Its submarines could freely come and go from Hainan Island and operate in the Pacific Ocean. Control over Taiwan would also limit the US Navy’s ability to operate in the South China Sea.

INTERVIEWER  As the US-China confrontation escalates we have witnessed more frequent discussion of a possible “Taiwan contingency.” What is the most critical thing for the United States and China, and Japan, to do to prevent this?

SATO  Until now, both Japan and the United States have adopted an approach toward Taiwan called “strategic ambiguity.” However, I think the degree of ambiguity in this strategy should be reduced. In terms of what China calls the “One China Principle,” Japan says it “fully understands and respects” Beijing’s point of view. The United States, meanwhile, in its One China Policy only “acknowledges” the Chinese position that Taiwan is part of China. This wording does not prevent Japan and the United States from altering their policies if there is a change in the status quo.

The ambiguous part of the strategy relates to the question of whether the United States or Japan will get involved and use force if the cross-strait status quo changes. However, if we do not reduce ambiguity, then we cannot begin preparations for evacuation operations for Japanese or third-country nationals should a real emergency take place. Essentially, prior coordination between the American and Japanese governments, and with Taiwan, is increasingly inevitable.

In the event of a Taiwan contingency, the United States would probably take the lead in protecting and rescuing foreign nationals. The Japanese government will not, however, be able to solely focus on evacuating Japanese nationals. The United States military would coordinate everything, including the screening of foreign nationals wishing to leave Taiwan, in addition to the dispatch of aircraft from Japan and other partner countries to rescue them.

These aircraft will likely land in Japan after they leave Taiwan, or perhaps the Philippines. If we compare the Ukrainian situation with a possible Taiwan contingency, Japan will likely play a role similar to Poland. Just as the Ukrainian people and others were evacuated through Poland, Japan would facilitate the transportation of foreign nationals from Taiwan to third countries.

However, there has been no actual consultations on this issue. That a missile landed in Japan’s exclusive economic zone during a recent Chinese military exercise directed at Taiwan should accelerate such discussions. The government will revise and update Japan’s “Three Strategy Documents”—the National Security Strategy, the National Defense Program Guidelines, and the Medium Term Defense Program—by the end of 2022, and the protection of Japanese citizens overseas will be a focal point. The problem is that the Ministry of Defense has not seconded any military officers to Taiwan up until now. There are many issues to be resolved, and we’re only starting to think about them.

INTERVIEWER  What kind of diplomacy is needed to prevent a Taiwan contingency?

SATO  Beginning with the Abe administration, Japan has worked toward encircling China. It’s important to ensure that the total military power possessed by countries in the liberal camp, such as the United States, Australia, Canada, Britain, and France, exceeds China’s power and can be deployed to thwart an invasion of Taiwan.

The Taiwanese political scientist Lim John Chuan-Tiong has advocated the “3-4-5 China Containment Network.” The “3” refers to AUKUS—Australia, the United Kingdom, and the United States. The “4” is the “Quad” countries of Japan, the United States, Australia, and India. The “5” refers to the “Five Eyes” intelligence alliance of the United States, Britain, Australia, New Zealand, and Canada. Other elements of this network include the Comprehensive and Progressive Agreement for Trans-Pacific Partnership and the Indo-Pacific Economic Framework.

Japan’s Free and Open Indo-Pacific vision can also be used to draw in NATO countries. European countries, including Britain, France, and Germany, have developed their own Indo-Pacific strategies, and interest in the Indo-Pacific region is growing. 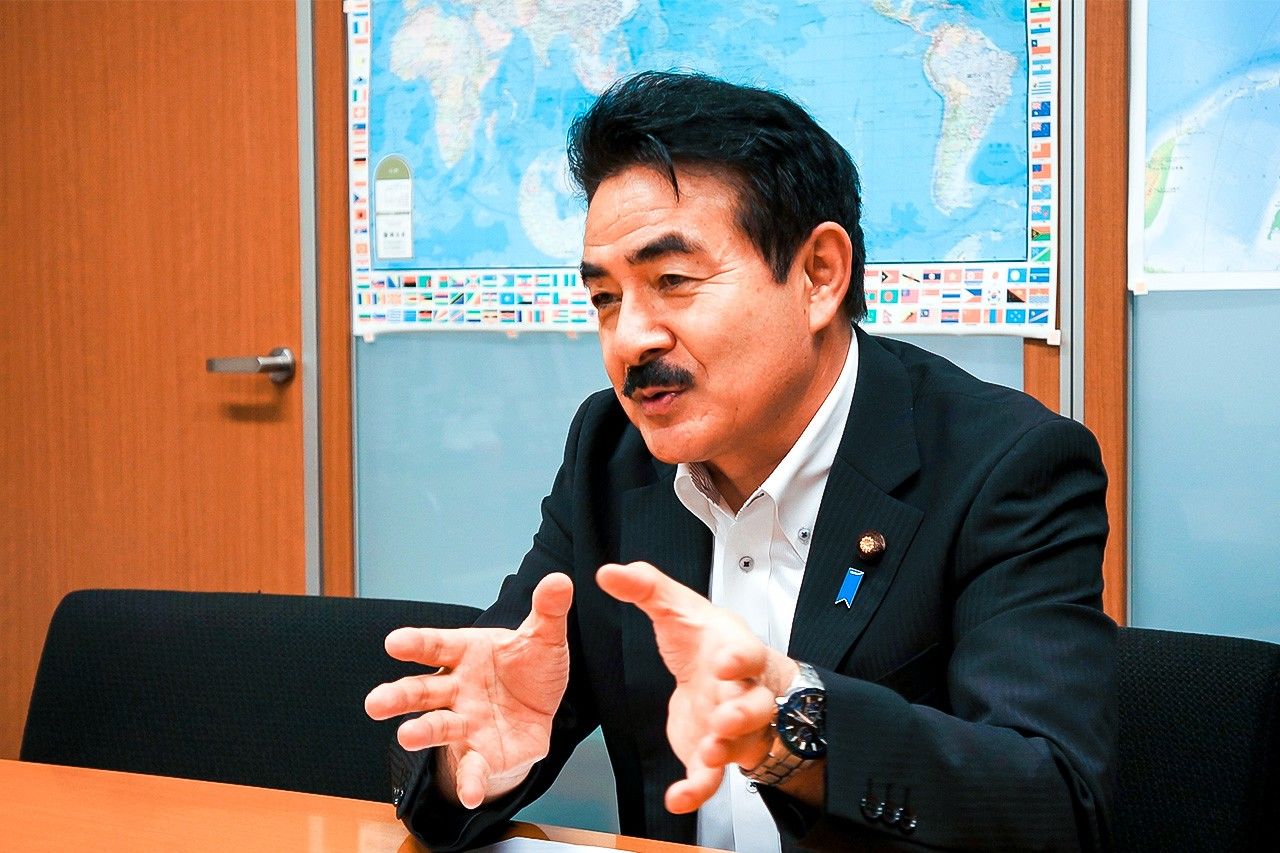 The Importance of a Stronger Security Relationship

INTERVIEWER  There have been a series of recent visits to Taiwan by American politicians and officials. Is Japan also thinking about such visits?

SATO  There will probably be no visit to Taiwan by Japanese government officials or representatives. Neither the prime minister nor the speakers of the upper or lower house are likely to do so. China will try to use such visits as a pretext to create a new normal, as it did with military exercises after US House of Representatives Speaker Nancy Pelosi’s recent Taiwan visit. For example, China might try to claim that there is no “median line” between Taiwan and China in the Taiwan Strait. It isn’t advisable for Japan to take the initiative at this time—we must also think about the safety of Japanese nationals in China. On the other hand, I believe that Japan and Taiwan must increase parliamentary exchanges. Cooperation in humanitarian assistance and disaster relief should also be strengthened.

When I became LDP Foreign Affairs Division director, our party’s Policy Research Council established a project team dedicated to Japan-Taiwan relations. This was a landmark event. After the normalization of diplomatic relations between Japan and China, LDP interactions with Taiwan were assigned to the Youth Committee, which comes under the Secretary-General’s office and in theory only focuses on friendship and exchange.

Exchanges also take place through the Japan-ROC Diet Members’ Consultative Council and other parliamentary leagues. However, because these exchanges are meant to be nonpartisan, they cannot be a platform for discussing defense and economic security. That’s why we created the Taiwan project team and held a two-plus-two on foreign affairs and defense between members of the ruling parties of Japan and Taiwan. Politicians from Canada and Australia have also shown strong interest in this approach.

We would also like to promote cooperation with Taiwan in infectious disease control, climate change, and disaster preparation and response. Last March, Taiwan and the United States signed a maritime security agreement. We have long advocated for combined maritime search and rescue training involving Japan, the United States, and Taiwan. However, the focus of strengthening relations remains in the defense and security domain. I believe there is no time to waste.