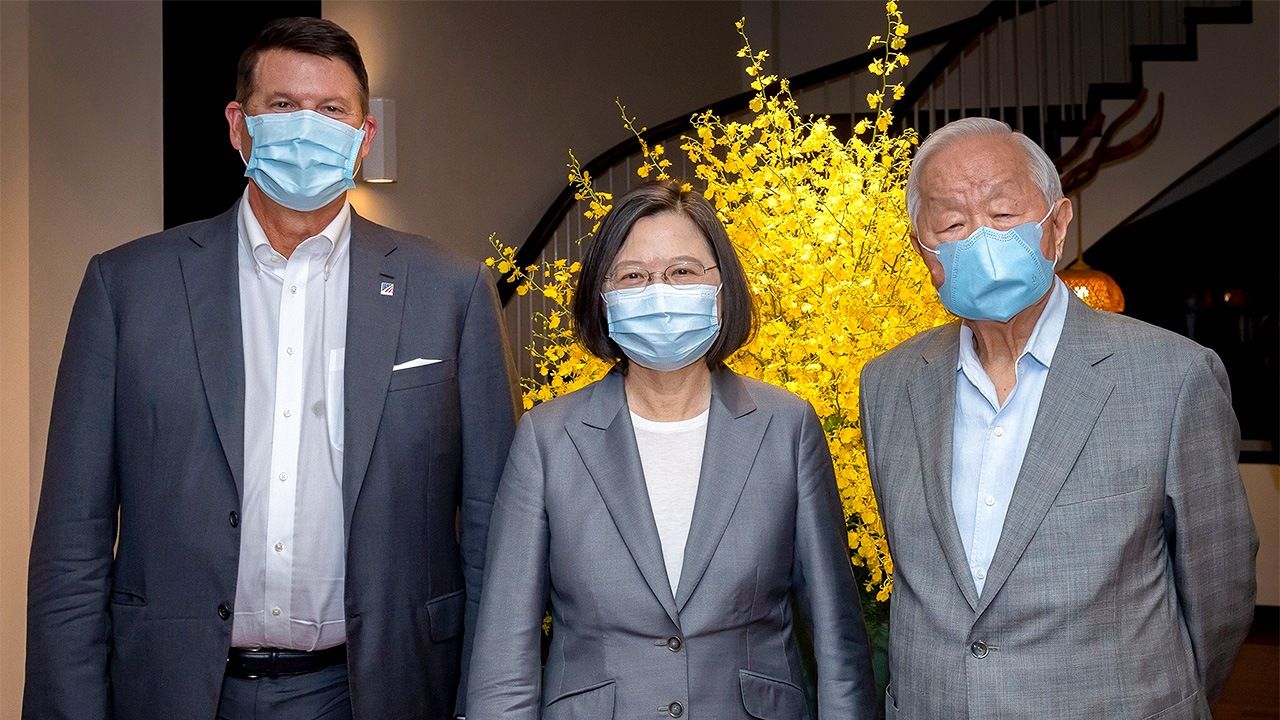 A Japanese “Taiwan Relations Act”: Lessons from the United States

Politics Dec 14, 2022
A half-century has passed since Japan cut off formal ties with Taipei in favor of the People’s Republic of China. The United States took its time, taking the same step six years later, but enacted the Taiwan Relations Act in 1979, bolstering ties with the island. What should Japan learn from this?

One of the major symbolic differences between the Japanese and American approach to relations with Taiwan (the Republic of China) is the US Taiwan Relations Act. Passed in April 1979, this legislation was the outcome of a behind-the-scenes struggle between the administration of President Jimmy Carter, which had taken credit for normalizing American relations with the People’s Republic of China, and congressional Republicans in favor of supporting Taiwan.

In December 1978, President Carter announced that the United States government would sever diplomatic relations with Taipei in January 1979 and normalize relations with Beijing. Taiwanese President Chiang Ching-kuo only received a few hours’ notice of the announcement. Worried about leaks, the Carter administration also did not brief Congress ahead of his announcement. This stimulated a flurry of activity in Taipei and Washington DC as the Republic of China embassy hurriedly destroyed diplomatic documents, changed bank accounts, and sold the ROC ambassador’s official residence to a private buyer.

Given the hornet’s nest that his administration had stirred up with the cessation of formal relations with Taipei, President Carter soon submitted legislation to Congress to enable informal working relations with Taiwan. However, legislators pushed back on the original bill, as it did not clearly stipulate an American commitment to Taiwan’s peace and security. After extensive revisions to the original bill, the Taiwan Relations Act passed into law in April 1979.

Consisting of 18 articles in total, Section 2(b) of the TRA sets out the official policy of the United States with regard to Taiwan. It notes that:

Sympathy for Taiwan, Wariness of China

The TRA, however, was not just a product of struggle between the Democratic or Republican parties, or the executive and legislative branches of government. Dating back to the Pacific War, and up until the 1971 United Nations resolution expelling Taiwan from the organization, the ROC was a friend and ally of the United States. It had, after all, fought alongside the United States against Japan during World War II, and it was a staunch anti-communist comrade during the early Cold War. Although President Nixon had little choice but to pursue rapprochement with Beijing to further strategic containment of the Soviet Union, ties between the United States and Taiwan had deepened beyond the diplomatic level to include intimate private-sector and societal connections.

Certainly, there was criticism within the United States of the “autocratic and corrupt” father-son regime of Chiang Kai-shek and Chiang Ching-kuo. Nevertheless, the future prospect of Taiwan being forcibly unified by a communist regime was also unpalatable. During the more than six years of normalization negotiations between the United States and China, Beijing had been unwilling to commit to a promise that it would not unify Taiwan by force. Therefore, the greatest concern of the United States Congress, whether it was controlled by Democrats or Republicans, was the future and safety of the Taiwanese people.

During the Korean War, Beijing dispatched the People’s Liberation Army in the guise of a “volunteer force” to support North Korea. Chinese forces came into direct conflict with United Nations forces led by the United States, establishing a pattern of difficult relations between Beijing and Washington DC. The Dwight D. Eisenhower administration’s 1954 signing of the Sino-American Mutual Defense Treaty, committing America to defend Taiwan, exemplified increased American wariness toward Beijing. Although the treaty expired one year after the normalization of relations with Beijing, the passage of the TRA ensured that relations between the United States and Taiwan remained, in effect, close to a formal alliance.

Broad Cooperation Through a Legislative Framework

The legislation is an intermittent diplomatic flashpoint between the United States and China, and discussions surrounding tend only to emphasize its security objectives, such as commitments to providing “Taiwan with arms of a defensive character.” However, military support is not the TRA’s only feature or achievement. In April 2019, marking the fortieth anniversary of the TRA’s enactment, President Tsai Ing-wen delivered the keynote speech at a commemorative video-conference involving three major Washington DC think tanks, including the Center for Strategic and International Studies. In her remarks, President Tsai noted that, “By insisting on language that assures Taiwan’s security, Congress made sure that Taiwan would survive its darkest hour, and have the opportunity to transform itself into the free society and robust democracy we are today.”

The TRA also institutionalized American and Taiwanese cooperation in a wide range of areas focused on the economy, commerce, culture, promoting respect for universal values, and interpersonal exchanges. Collectively, these interactions have reassured Taiwan and its inhabitants of a peaceful and secure future. Recently, President Biden has repeatedly made “off-the-cuff” remarks suggesting that the United States remained committed to Taiwan’s defense, despite the diplomatic storm these remarks generated. It is no exaggeration to say that the TRA is legislation that provides the fundamental basis for ongoing and principled relations and mutual recognition between the United States and Taiwan.

The Need for a Japanese Legislative Framework

In the above speech, President Tsai also stated that Japan constituted “an important external relationship for our country” and that Taiwan would pursue its vision of Indo-Pacific cooperation not only with the United States, but also with Japan. Together, President Tsai hoped, Japan and Taiwan would promote economic prosperity, clean governance, and regional security. She also cited the Taiwanese people’s strong pro-Japanese sentiment, noting that Japan is Taiwan’s most popular travel destination and that Japan is Taiwan’s third largest trading partner. Unfortunately, though, Japan has no legislation like the TRA that provides a permanent legislative basis for practical Taipei-Tokyo relations.

After severing official relations with Taipei, both Japan and the United States founded private organizations in Taipei (the Japan–Taiwan Exchange Association and American Institute, respectively) that support working-level, but officially nongovernmental, relations. In part related to the long period of Japanese rule in Taiwan, pro-Japanese sentiment among the Taiwanese people stands out in East Asia. Testament to this is Taiwan being the country that donated the largest sum of money to Japan after the March 2011 Great East Japan Earthquake. While teaching at Japanese universities, I frequently led annual visits to Taiwanese universities to facilitate student exchanges. I was constantly impressed by the warm pro-Japan sentiment of both the younger and older generations of Taiwanese.

Nevertheless, compared to the cooperation between the United States and Taiwan that only grows closer with each passing crisis, the Japanese public lacks a sense of urgency regarding Taiwan’s future. The steady efforts of the Japan-Taiwan Exchange Association and other Taiwanese and Japanese private individuals have been invaluable. However, we need to build on these efforts by raising public awareness of the importance of the Taiwan-Japan relationship and to better communicate the sense of crisis that surrounds Taiwan’s future.

In recent years, China has only become more assertive and hegemonic in its actions, and it is no longer considered improbable that Beijing will seek to unify with Taiwan by force. Following House of Representatives Speaker Nancy Pelosi’s visit to Taiwan in August this year, China further intensified its intimidation of Taiwan. There are increasing concerns and perceptions in Japan that Taiwan’s security is at risk and Japan will be involved—for example, the former Prime Minister Abe Shinzō stated that “a Taiwan contingency is a Japan contingency.” However, Japan and Taiwan remain unable to exchange information among defense authorities or even to make arrangements for the protection and evacuation of Japanese nationals in the event of a contingency.

A quarter of a century ago, I was a correspondent in Washington DC for a Japanese newspaper during the 1995–96 Taiwan Strait crisis. While tension enveloped both the US government and the media back then, there was a feeling in the air that the Chinese side would eventually back down. Everyone understood the overwhelming military advantage the United States then possessed. Given that China is now able to undercut the United States’ military presence in the region, or even that the balance of power may now even be in China’s favor, one can do little more than reminisce about such an idyllic time.

Wary of provoking China, some in Japan believe that enacting a legal framework emphasizing only security is undesirable. However, if new legislation positions the Japan-Taiwan relations in a broad context covering politics, economics, commerce, tourism, and cultural and human exchange, China has no business interfering. On the contrary, if China attempts to intervene, it will provide even greater justification for the Japanese government and the Diet to push back further on Beijing’s actions.

Above all, Japan should state clearly that the future of Taiwan must not be decided by anything other than peaceful means and commit itself to a fundamental stance of resisting intimidation or any use of military force. I urge the administration of Prime Minister Kishida Fumio, and the ruling and opposition parties in the Diet, to enact a Japanese version of the Taiwan Relations Act.

(Originally published in Japanese. Banner photo: Taiwan President Tsai Ing-wen, at center, receives US Undersecretary of State Keith Krach, at left, in Taipei on September 18, 2020. On the right is TSMC founder Morris Chang. Courtesy of the Taiwan Presidential Office; © Jiji.)