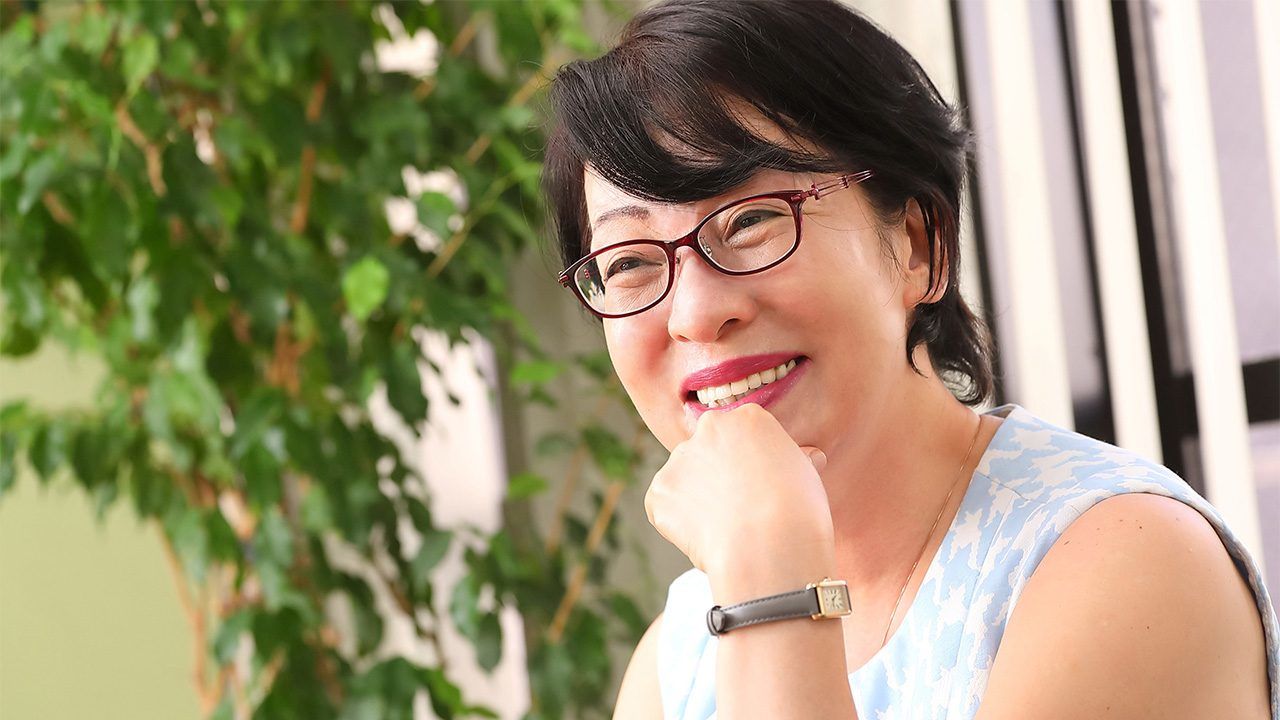 Society Culture Lifestyle Family Aug 17, 2020
Claiming differences based on gender is a perilous business, but artificial intelligence researcher Kurokawa Ihoko boldly asserts that men’s and women’s brains function in distinct ways. She argues that understanding these differences is key to better communication between the sexes and the first step in promoting gender diversity. 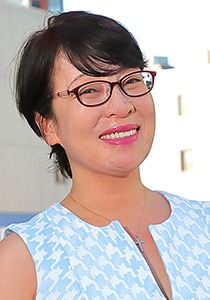 Artificial intelligence expert and president of Kansei Research, a company that applies neuroscience to business. Earned her science degree from Nara Women’s University in 1983. Joined Fujitsu Social Science Laboratory, where she spent 14 years researching and developing AI and was part of the team that engineered the first Japanese-capable AI system used at nuclear power plants in the country. In her current post, she has utilized her expertise to analyze the naming and marketing of a diverse range of Japanese products. Author of several works, including Komyunikēshon sutoresu: Danjo no mizo o kagaku suru (The Stress of Communication: A Scientific Approach to the Gulf Between the Sexes) and Ningen no torisetsu (An Instruction Manual for Human Beings).

Do men and women really have different brains? While neuroanatomy research strongly suggests this is not the case, there is no shortage of books penned by scientists and armchair experts alike pushing theories that many experts decry as nothing less than “neurosexism.”

Artificial intelligence expert Kurokawa Ihoko, herself the author of numerous works on the topic of behavior and the brain, refutes the idea that neural structure varies by sex, stating firmly that “inside our skulls, everyone’s wired the same.” Why is it, then, that men and women so often fail to see eye to eye? According to Kurokawa, the reason is that the sexes rely on different neural pathways, causing them to perceive their surroundings in fundamentally different ways—something she calls the “sensibility dilemma.”

The term sensibility, or kansei in Japanese, describes the ways in which humans perceive and react to environmental stimuli, and Kurokawa argues that the triggering of certain neural circuits determines how a person will respond. “There’s no question that the brains of men and women are structurally the same,” she explains. “Where the difference lies is in the areas that become active under certain conditions.” These, she says, typically follow gender-based patterns. “In this sense, you can say that men and women have different brains.”

As calls for creating a more diverse society grow, such claims might be considered to be out of step with the times. However, Kurokawa insists that to foster better communication, it is vital to recognize that men and women convey their thoughts in different manners. One area Kurokawa has focused on is domestic relationships. As the pandemic forces people to stay at home more, Japan has seen an uptick in so-called corona divorces. Kurokawa maintains that couples can help reduce household tensions by being conscious of each other’s sensibility patterns, thereby keeping tempers from boiling over and making it easier to find common ground.

Kurokawa’s theory has it that there are two models of “brain sensitivity.” “When people feel agitated or stressed, specific neural pathways activate,” she explains. “One major group allows us to concentrate on objects that are at a distance and another heightens our awareness of our immediate surroundings.” In Kurokawa’s view, male brains developed to identify and deal with problems on the fly, a remnant of when our ancestors had to track game and defend against exterior threats, while female brains became fine-tuned for social awareness and knowledge-sharing, necessary skills for child rearing.

She categorizes these patterns of neural activity as the male “goal-oriented, problem-solving” model and the female “process-oriented, empathetic” model. While humanity is now largely sedentary, she argues that the relics of our past way of life live on in our communication styles. Kurokawa explains that when agitated or stressed, people subconsciously process and relate information according to one of the two models. Men tend to be linear in their approach and focus on finding solutions, whereas women are generally more intuitive and attuned to what others are thinking.

Kurokawa admits her models are not foolproof. “People’s environments influence their behavior,” she says. “Not everyone has the same stress triggers, either. Just because a person is born a male doesn’t mean they always think like one.” She notes that almost all people are able to consciously utilize both male and female sensibility models when calm and collected. However, this ability declines dramatically when a person is pressed to respond or deciding something on the spur of the moment. 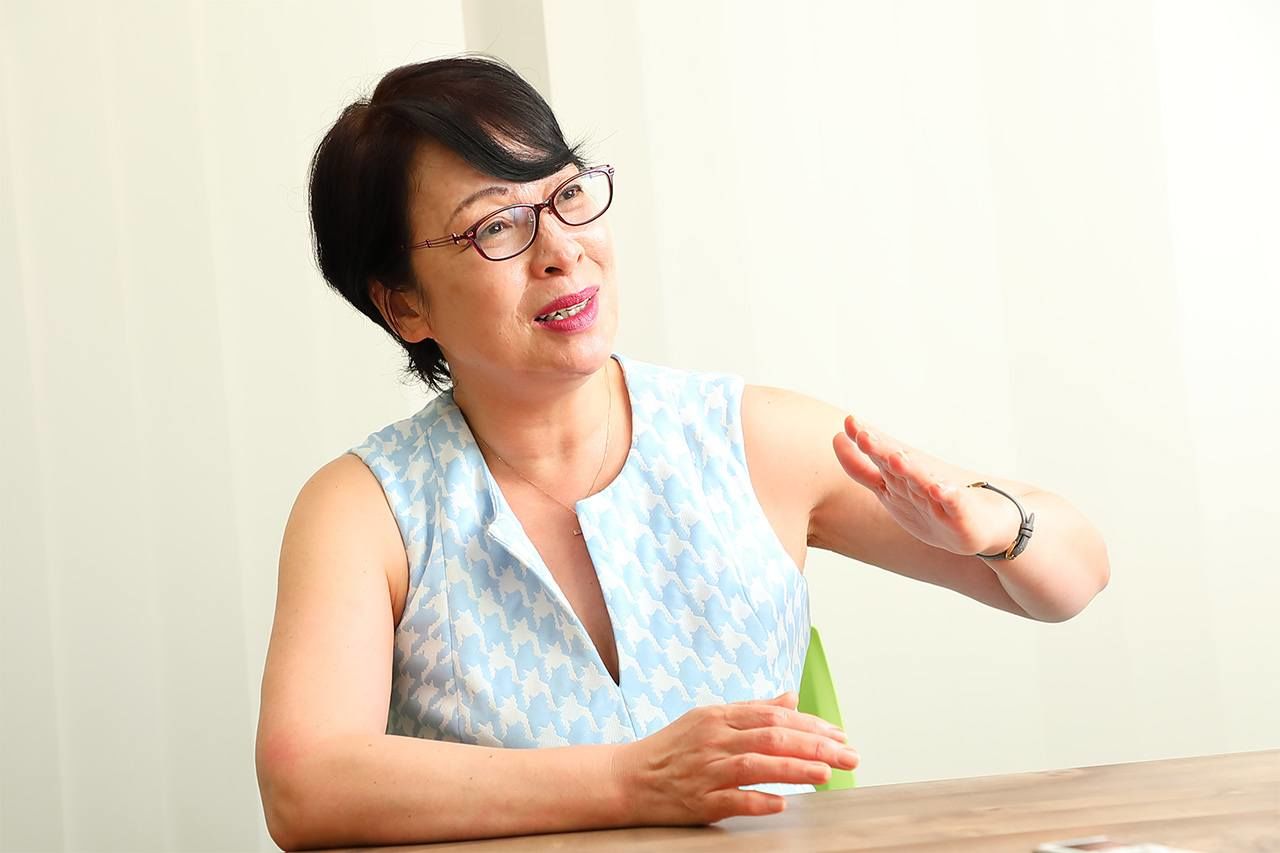 She underscores that all too often couples find themselves at opposing ends of the sensibility spectrum, where they end up inadvertently pushing each other’s buttons. “When tensions rise, people instinctively revert to their dominate sensibility model,” she says, opening a divide between parties and causing communication to break down. The tendency for people to feel justified in their views and downplay others’ perspectives only worsens the situation.

The genesis of Kurokawa’s sensibility models was her research into artificial intelligence. “I set out to develop an AI system that could effectively communicate with humans.” she explains. “To do this, I had to teach it to receive and relate information in the same fashion as people do.” Approaching the topic from a different angle than neurobiology and psychology, she says as her research progressed, she began to recognize two styles of communication, one focused on problem solving and the other on shared emotions.

According to Kurokawa, emotional triggers drive the female dominated empathetic model. For example, when a woman complains to a female friend of an ailment, the goal is not just to relate her condition but to entice her conversation partner to acknowledge and share in her feelings. This back-and-forth is repeated over and over in the course of the conversation, unconsciously increasing each participant’s awareness of possible causes of the malady as well as potential remedies.

The process hits a wall, however, when faced with a partner whose empathetic neural circuits are not fully engaged, as is common with the problem-solving model dominant in males. For instance, a wife wanting to share her misadventures from earlier in the day might be met with a husband who listens halfheartedly or seems mainly interested in pointing out causes for the troubles. Communication quickly breaks down, sending stress levels through the roof. Such a scenario can be averted, though, if the husband, instead of focusing on the “whys,” shares in his wife’s ordeal.

As with many theories of human behavior, Kurokawa’s sensibility models are general enough to strike a chord with large swaths of the population but are frustratingly vague on the finer details. Take, for instance, the claim that men and women evolved different patterns of neural activity as a reproductive strategy. While this seems plausible on the surface, it suggests that motherhood stands at the pinnacle of female brain development. Kurokawa adamantly says this is not the case. “A woman’s hormonal balance necessarily shifts during pregnancy and childrearing, heightening her attentiveness to her offspring,” she explains. “But this in no way means that the brain of a woman without children is somehow less mature.” She points to her own experience with raising a family. “I know how easy it is for a mother to succumb to tunnel vision when raising kids, and I often sought out the advice of my childless friends to get a different perspective.”

Although her theory seems to echo long-standing gender stereotypes, Kurokawa hopes fostering understanding of the different sensibility models will encourage greater diversity in society. “A person’s sex isn’t an absolute determinant of which model is dominant,” she asserts. “There are men who come under the empathetic model just as there are women who are inclined toward problem solving. It’s important to have a mixture of views and approaches, so rather than fixating solely on bridging the women’s leadership gap in Japan, organizations in the public and private sectors need decision makers and regular employees who have ‘neural diversity.’ People of all ages, genders, and mindsets need to be working together.”

This is often easier said than done, however. Sensibility bias can hamper our abilities to see other people’s perspectives as equally valid. Returning to relationships, Kurokawa says that superficial traits like looks, talents, or bravado are typically thought to endear us to our partners, but that the subtle ways couples interact and build trust are what make or break relationships. “Our brains crave connections. Reaching out to a partner for help or sharing hidden chinks in one’s armor are necessary parts of building strong bonds.”

As many countries struggle in their responses to the coronavirus pandemic, female leaders like German Chancellor Angela Merkel, Taiwanese President Tsai Ing-wen, and New Zealand Prime Minister Jacinda Ardern have won accolades for their empathetic leadership styles. Kurokawa notes that fighting the newly emerged disease calls for a unified approach and that these female heads of state have done a commendable job of rallying their nations to the cause by acknowledging people’s unease.

She laments that Japanese leaders have not been as conscious of the concerns of the population during the health crisis and doubts that the government could duplicate the approach of Merkel and others merely by boosting the number of female legislators, given that women are expected to behave the same as their male counterparts. “Female ministers have typically been guided in their approaches by the male-dominated norms of office,” she says. She insists that women need to play to their strengths to truly impact how the country is run. “I would love to see a woman in office making an active effort to connect with people on a human level.” As an example, she points to Prime Minister Ardern, who as a mother of a small child does not hide the fact that her duties also include changing diapers. 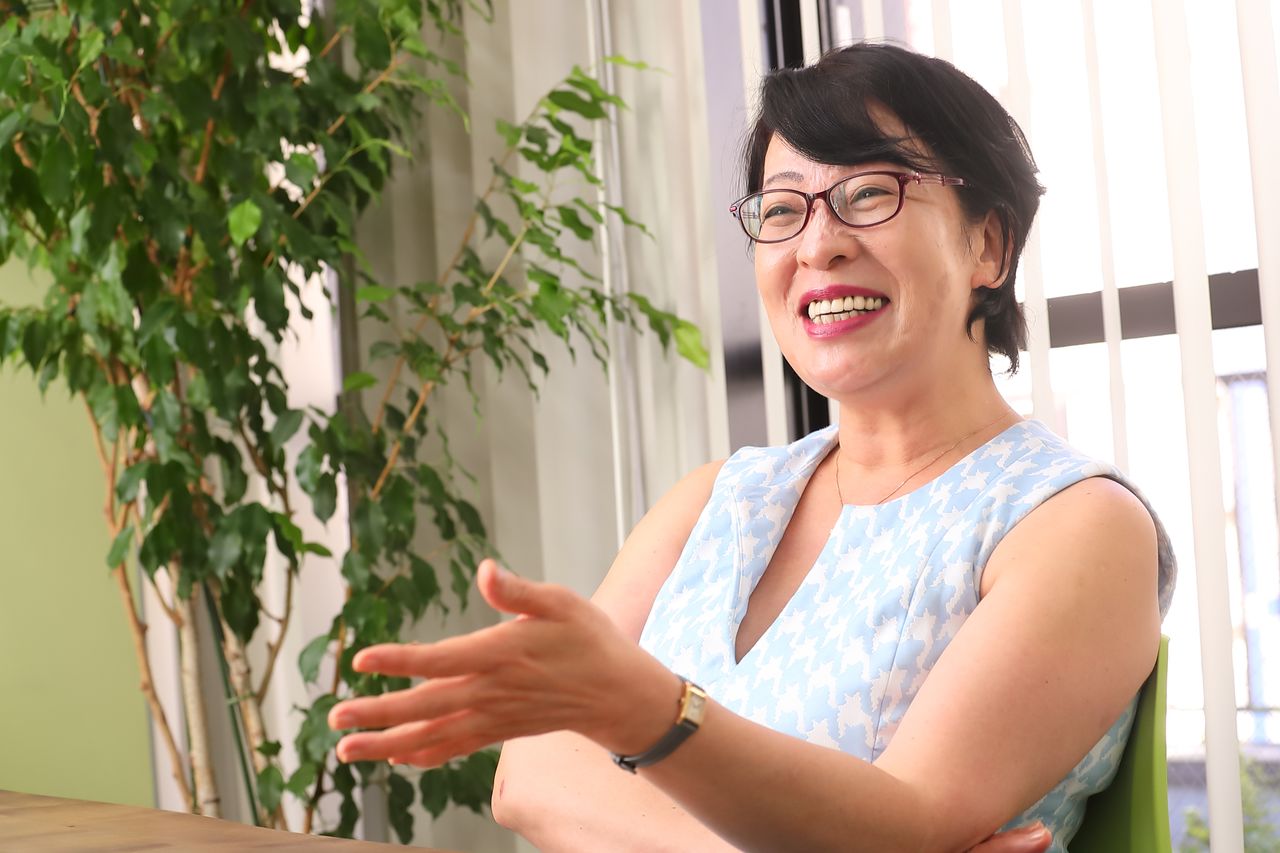 Kurokawa jests that there is an upside to Japan’s linear-thinking response to the coronavirus. “You could say that the government in taking a trial-and-error approach convinced people of the need to keep a close eye on what was happening around them,” she chuckles. She points to Prime Minister Abe Shinzō’s decision to provide cloth masks, items that many people had no use for, to the entire nation rather than focusing more resources on supporting medical workers on the front lines.

As the pandemic rages on, Kurokawa notes that leaders are being called on to utilize both goal-oriented and empathetic sensibility models. “There are situations when heartfelt communication is called for and others when getting things done is top priority.” In times of uncertainty, she says that government leaders need to be able to tap into either model as circumstances demand, an admittedly tall order for some politicians. It is equally vital to increase awareness of the different sensibility models and bring people with different perspectives into the political realm. “The coronavirus crisis touches everyone. To ensure the safety and health of the entire country, we need people with different ideas and viewpoints involved in creating new, innovative solutions.”

(Originally published in Japanese. Interview and text by Itakura Kimie of Nippon.com. All photos by Hanai Tomoko.)