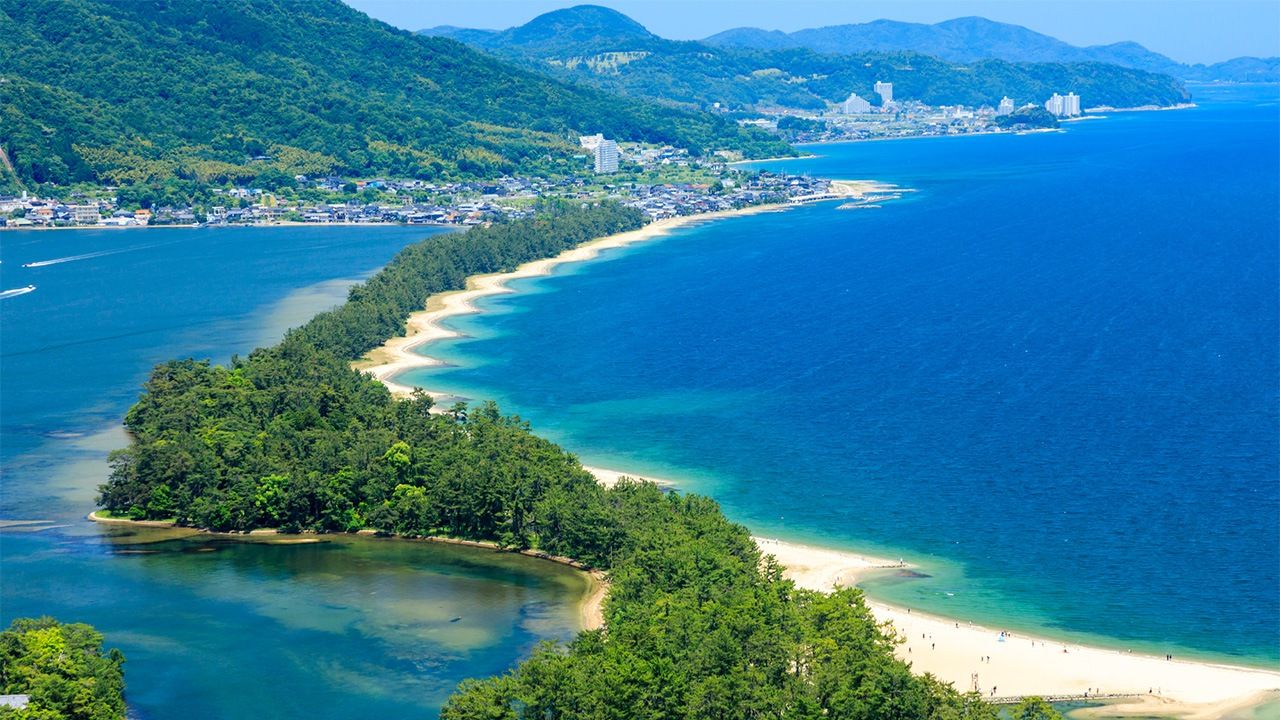 Shoring Up the State with “True” Histories

Kojiki (Record of Ancient Matters) and Nihon shoki (Chronicle of Japan) are histories produced in 712 and 720, respectively, by the early Japanese state. What were the background and objectives for the composition of these works, remembered today for their creation myths and other legendary material? Important to the background were both a change in Japan’s position in East Asia and its domestic upheavals. 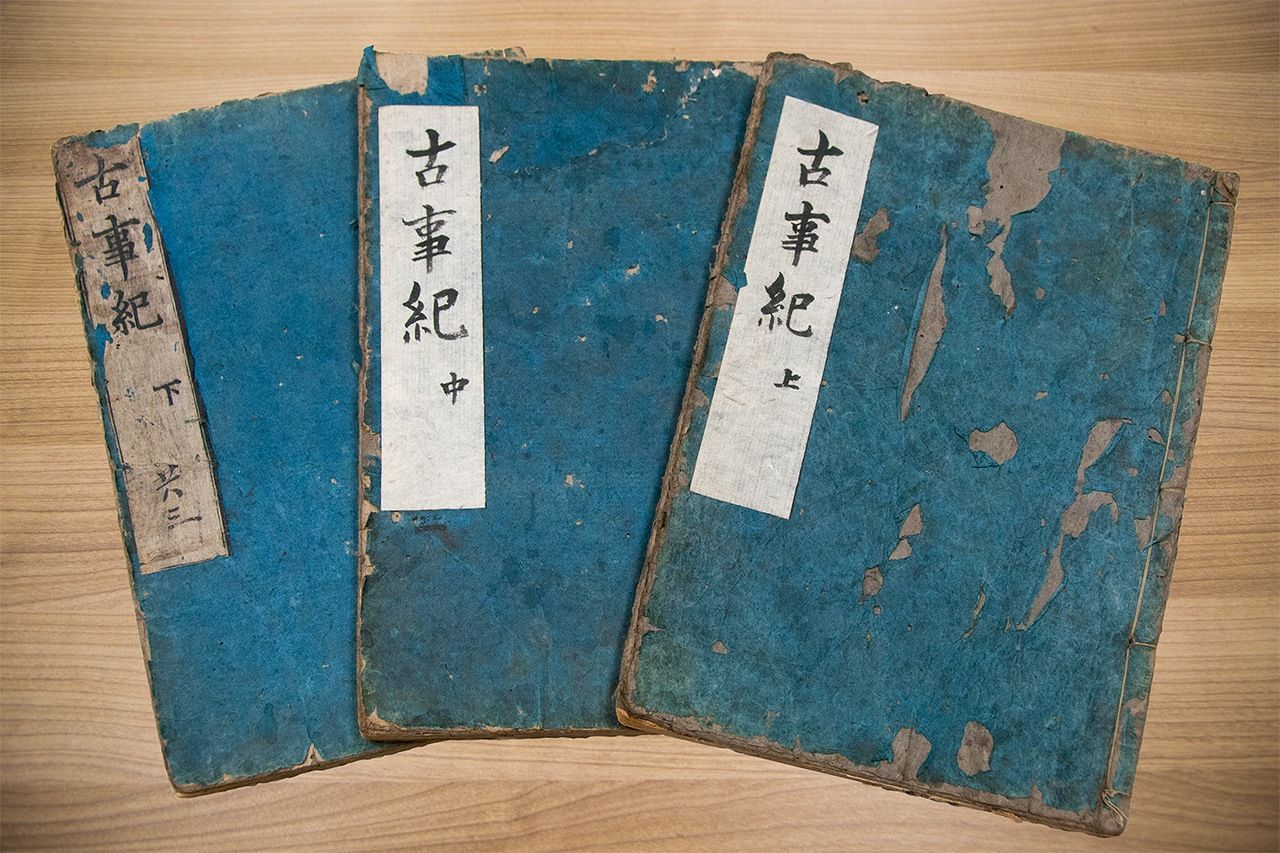 In the fifth century, China was viewed as the head of a tributary system in East Asia. In 478, a document presented by Emperor Yūryaku of Wa—as Japan was then known—to Emperor Shun of the Liu Song dynasty attested to the early Japanese state’s vassal status. There are no subsequent records of diplomacy between the two states for over a century. Then, under Empress Suiko at the start of the seventh century, Japan asserted its equality with the newly dominant Sui dynasty in China by sending a missive declared as coming from “the ruler of the land where the sun rises.” Suiko’s famous regent Prince Shōtoku compiled Kokki, which, though no longer extant, is thought to have been the first state history.

The seventh century was a time of transformation and revolution for Japan. The Taika Reform of 645 and the Jinshin War of 672 were among the events that reshaped the state. Taika was the first of Japan’s era names, with its corresponding era lasting from 645 to 650. As the Chinese era names until then were intended to demonstrate the Chinese emperors’ authority over time itself, Japan’s introduction of its own names could be seen as another expression of its independence.

In the Jinshin War—the biggest struggle over the imperial succession in ancient Japanese history—Prince Ōama overthrew his elder brother and went on to reign as Emperor Tenmu. He introduced the ritsuryō system of central government and set about establishing a new state. His commissioning of a national history ultimately bore fruit in the Kojiki and Nihon shoki. Incidentally, the modern country name Nihon started being used shortly before they were completed, around 700.

National histories are written when rulers want to shore up a new state. To guide the country onward to a new stage, it was first necessary to compile a “true history” that legitimized the emperor’s position. Naturally, the “truth” of a history is based on the ruler’s standards. This is why Prince Shōtoku and Emperor Tenmu saw the need for state histories—and why we now have the Kojiki and Nihon shoki. 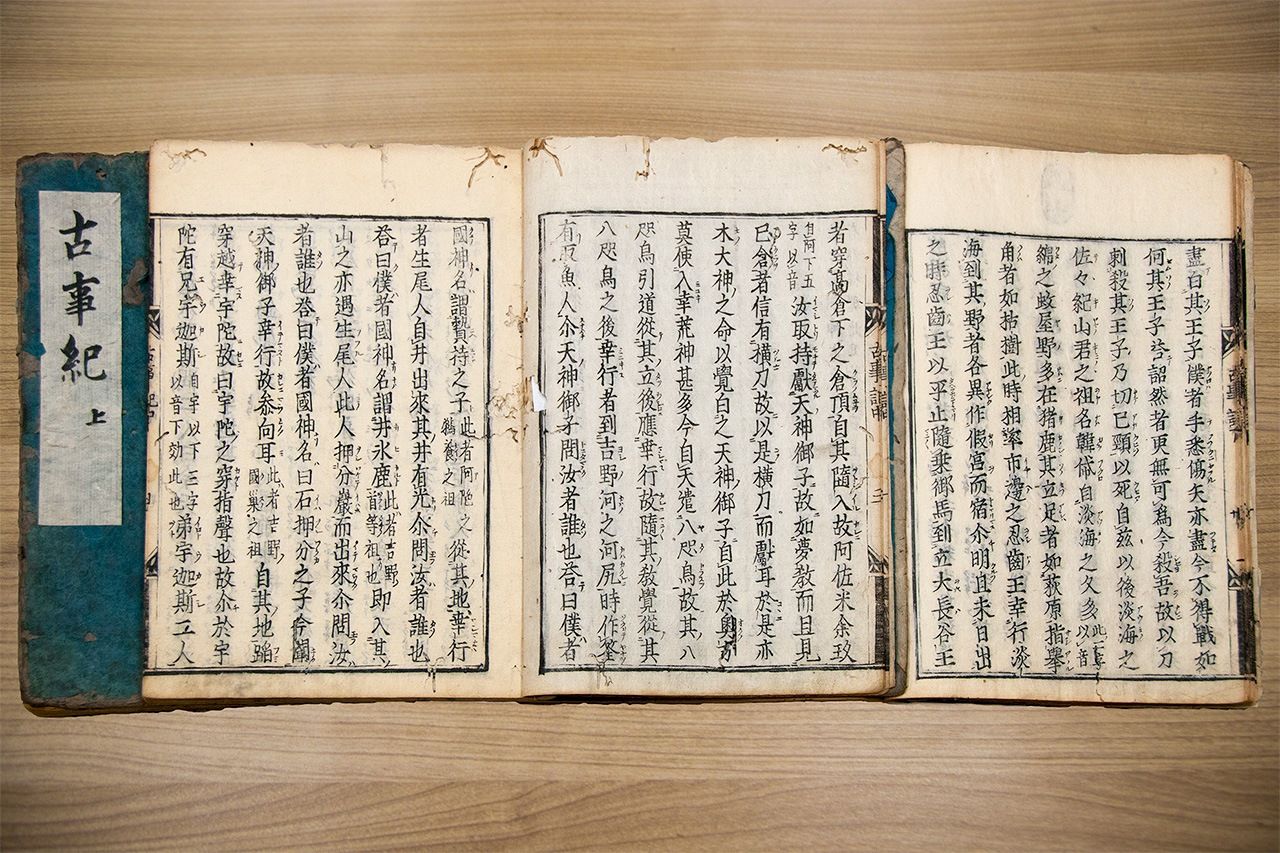 Inside the 1644 edition of Kojiki.

Channeling the Powers of Local Gods

Both histories begin in the age of gods. They start with the creation of heaven and earth, followed by the formulation of the islands of Japan by the deities Izanagi (or Izanaki) and Izanami. Further famous stories include the discord between the sun goddess Amaterasu and her younger brother Susanoo; his slaying of the eight-headed, eight-tailed serpent Yamata no Orochi; Ōkuninushi’s establishment of the country and subsequent yielding of it to Amaterasu’s grandson, who descends from heaven to rule; the dispute between the brothers Umisachihiko (the bounty of the sea) and Yamasachihiko (the bounty of the land); and the birth of Emperor Jinmu, who is seen as Japan’s first ever emperor.

Contemporary Japanese take this record of the age of the gods as a collection of legends, but why are legends needed at the start of history? For those who pass them down, they are truths about what happened in the past, and have the power to shape social rules and how people live and die. Every nation has its own mythology that was once a central part of life. Thus, the residents of the Japanese islands formed their own local communities, and lived according to their various legends, and then died and were buried following their precepts. Channeling the power of these stories was doubtless persuasive when constructing a narrative about national origins.

Put briefly, the main theme upheld by both Kojiki and Nihon shoki is how the descendants of the supreme goddess Amaterasu came down from heaven to govern the Japanese state. Even so, this alone would not have been compelling to people around the country who worshiped their own deities and lived according to different legends, and they would not have accepted it as true. This is why the two histories do not describe a monotheistic, omnipotent Amaterasu, including instead a pantheon of ancestral deities and famous or little-known local gods, as well as various traditional legends. Few are as active as Susanoo of the Izumo region (today part of Shimane Prefecture), with most appearing as nothing more than names, but their inclusion must have made the histories more convincing to people across the islands. The local gods’ psychological and cultural power helped to spread the central message.

How the World Was Made

I will now take a closer look at Japan’s creation myths, mainly through Kojiki.

The names of the deities Izanagi/Izanaki and Izanami are related to the verb izanau, meaning “to invite.” As with the ki and mi in okina (old man) and omina (old woman), their names are marked as male and female, respectively. They are commanded by the heavenly gods to stand on the floating bridge of heaven and stir up the waters of the sea with the heavenly jeweled spear. When they lift the spear up, salt dripping from its tip becomes an island called Onogoroshima. Izanagi is believed to have originally been a god of people who fished on the island of Awajishima and around the Seto Inland Sea, and the ancient practice of salt production is thought to be behind the legend of Onogoroshima’s creation.

The two descend to the island and “invite” each other to become history’s earliest couple. But as the female deity Izanami makes the first move, she gives birth to the imperfect, unwanted child Hiruko and they float him away in a boat made of reeds. The idea that women should obey their husbands is implicit in the story, and is thought to be influenced by Confucianism.

In Nihon shoki, Hiruko is described as still being unable to stand up when three years old. The eighteenth-century kokugaku (national learning) scholar Motoori Norinaga describes him as a child that is boneless like a leech (hiru). Meanwhile, the tenth-century dictionaries Shinsen jikyō and Wamyōshō include the word hirumu describing a condition where someone has difficulty walking, and some see this as the etymology for Hiruko.

Despite his negative depiction in Kojiki and Nihon shoki, there is a theory that Hiruko was originally a sun god. In the latter text, Amaterasu is also described using the name Ōhirume, which could be translated as “great sun woman” or “great sun goddess,” meaning Hiruko could represent “sun god.” The male and female suffixes ko and me are also seen in pairs like otoko (man) and otome (girl, virgin), hiko and hime (used for boys and girls of high birth), and musuko (son) and musume (daughter). Under this theory, as the early Japanese state would not recognize any other sun deity besides Amaterasu, Hiruko was dismissed as a “leech child.” Yet the unwanted Hiruko has returned to acceptance in the centuries since, having come to be identified with the later god of fishermen, Ebisu.

When Izanagi speaks first to Izanami, their congress produces Awajishima and then successively all the islands of the Japanese peninsula. Collectively they are known as Ōyashimaguni, or “the great country of the eight islands”—as “eight” was a way of expressing “many” at the time, this could also be translated as “the great country of the many islands.” Ōyashimaguni then became another name for Japan under the ritsuryō system.

(Originally published in Japanese on June 25, 2019. Banner photo: Amanohashidate in northern Kyoto Prefecture. The Tango no kuni fudoki [Chronicle of the Land of Tango] records that Izanaki built Amanohashidate to travel to heaven, but that it fell down to earth when he was asleep. © Pixta.)