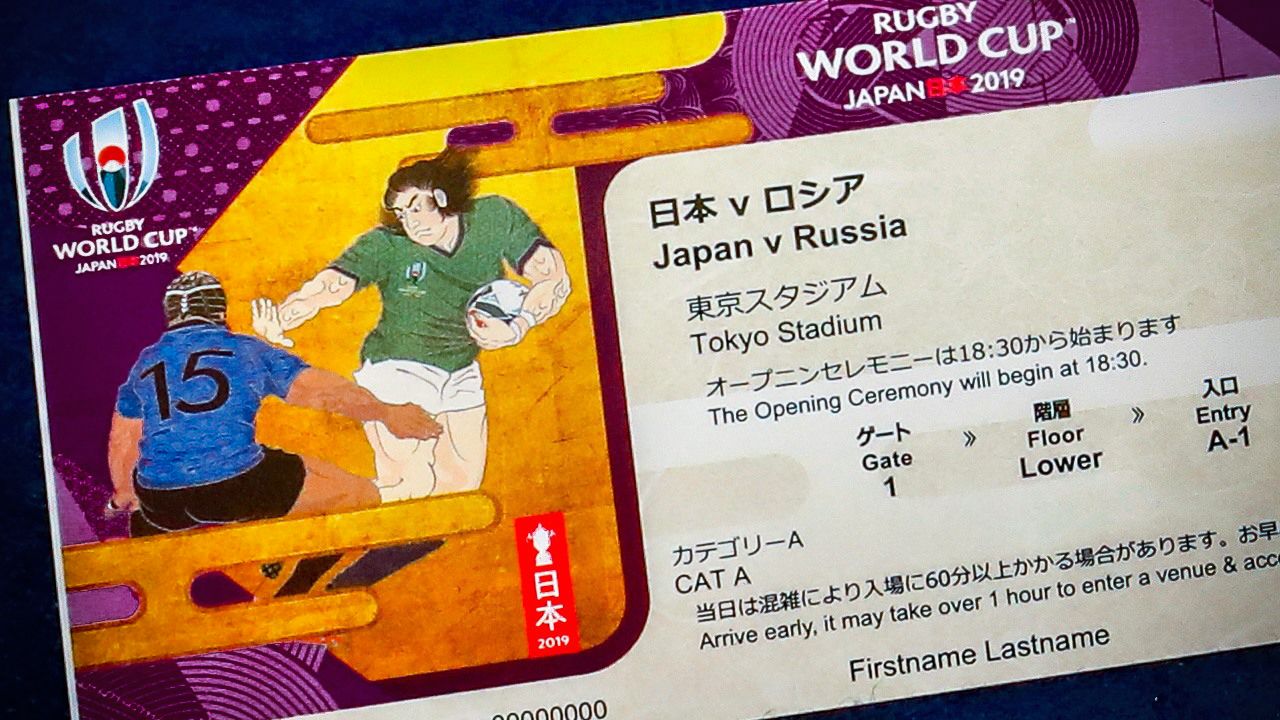 Sports Guide to Japan Jun 17, 2019
The designs for Japan’s Rugby World Cup tournament tickets have been revealed. They use a musha-e (warrior ukiyo-e) style to express the intensity of rugby. In all, three ticket designs will be issued in late July. We spoke to the Rugby World Cup 2019 Organizing Committee about the designs and their concepts.

On June 17, 2019, organizers unveiled the ticket designs for the Rugby World Cup, which kicks off in Japan on September 20. Musha-e, a popular genre of ukiyo-e (traditional woodblock prints) depicting the exploits of samurai, provide the inspiration for illustrations of rugby’s “warriors” engaged in tackles and hand-offs. Tickets will come in three colors: purple, red, and blue. 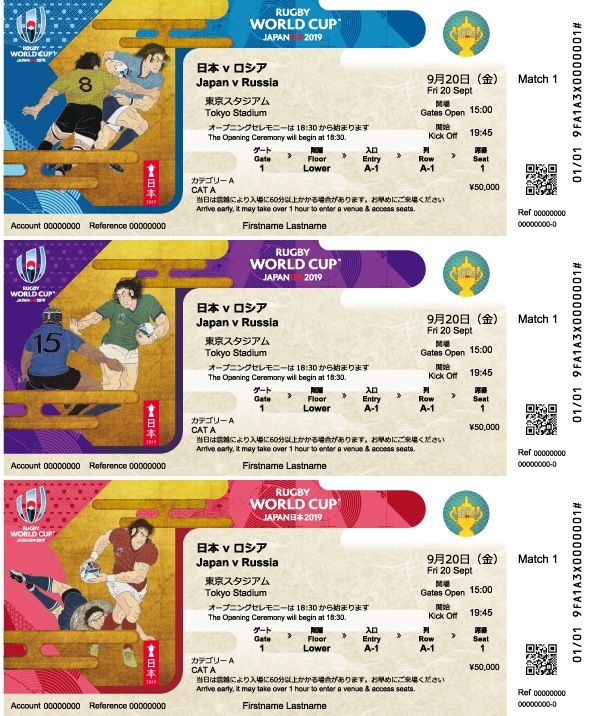 The production team began discussions with designers in summer 2018. At the outset, the Rugby World Cup 2019 Organizing Committee asked designers to express “Japaneseness.” Miyoshi Mikiko, head of the Ticketing Department for the tournament, explains: “The Rugby World Cup 2019 is not only the first tournament in Japan, it will be the first in Asia as a whole. We’re promoting the event by stressing that it isn’t something to enjoy every four years, but ‘Once in a lifetime!’ We accordingly sought to create a unique ticket design that would be a lifelong memento, expressing both Japanese tradition and innovation.” 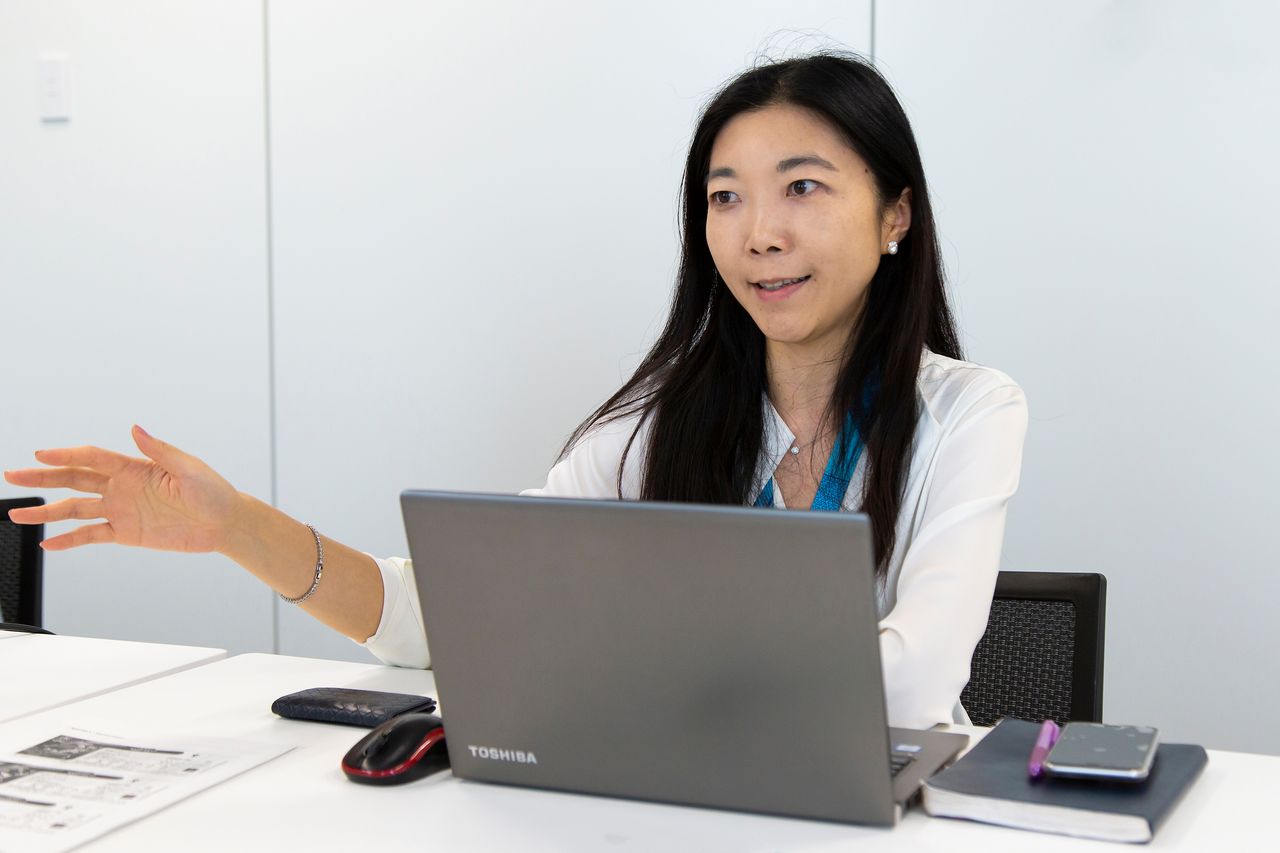 The team also took past ticket designs into account. The tickets for the England tournament proved popular, with polished designs incorporating photos of past Rugby World Cup–winning England team captains like Martin Johnson. Miyoshi says that for 2019, the musha-e concept was chosen almost unanimously from among a field of contenders. “They’re an attractive expression of traditional Japanese culture, while also conveying the vigor of rugby and the intensity of athletes clashing. We felt that the musha-e style would prove popular with spectators from abroad.” Musha-e originally depicted samurai heroes from Japan’s Warring States period (1467–1568). The players competing in the World Cup are heroes in their respective countries, so it seems a fitting image for the tournament.

Ticket issuance will start in late July. Fans can now look forward to finding out which of the designs they receive. Of course, those who purchase multiple tickets have a higher chance to score different designs. Because tickets are printed with the purchaser’s name, they make a wonderful souvenir of the World Cup. 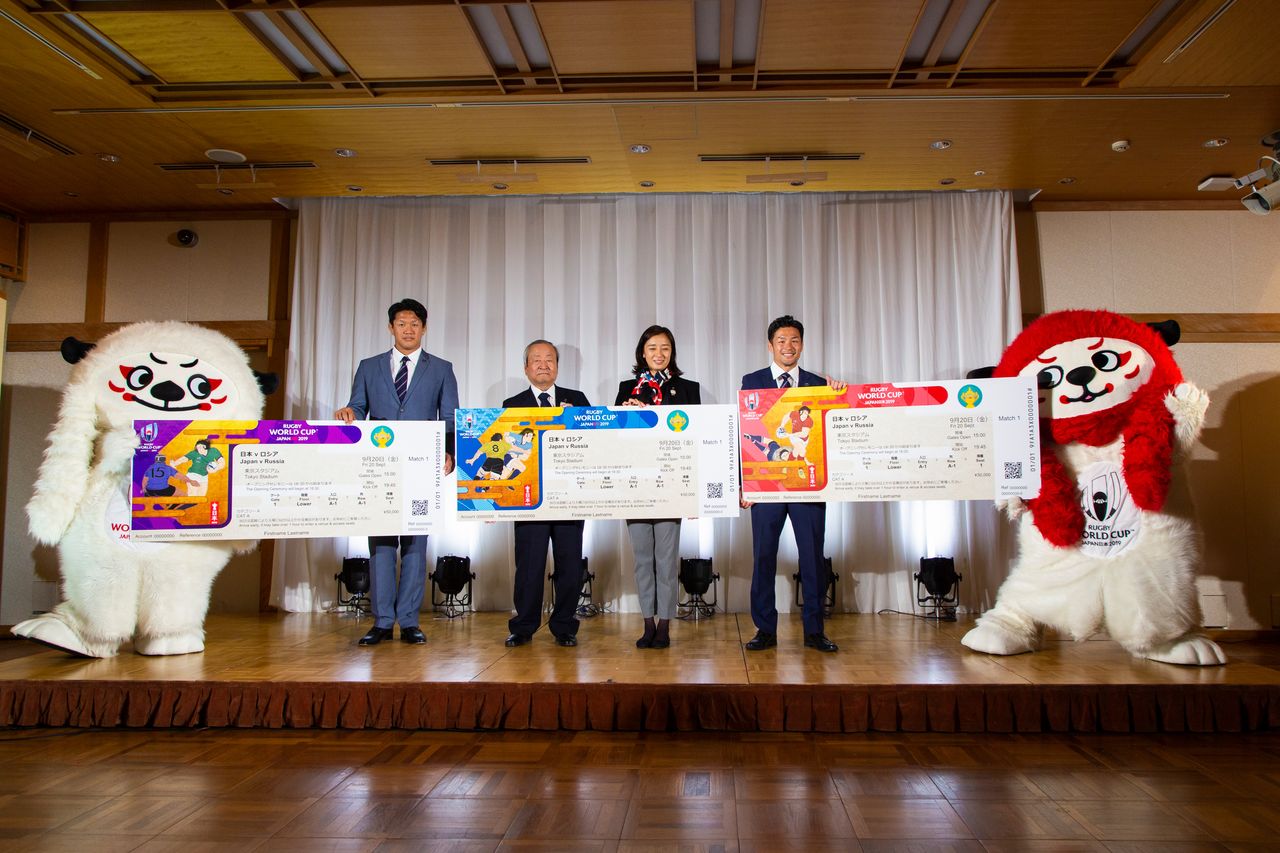