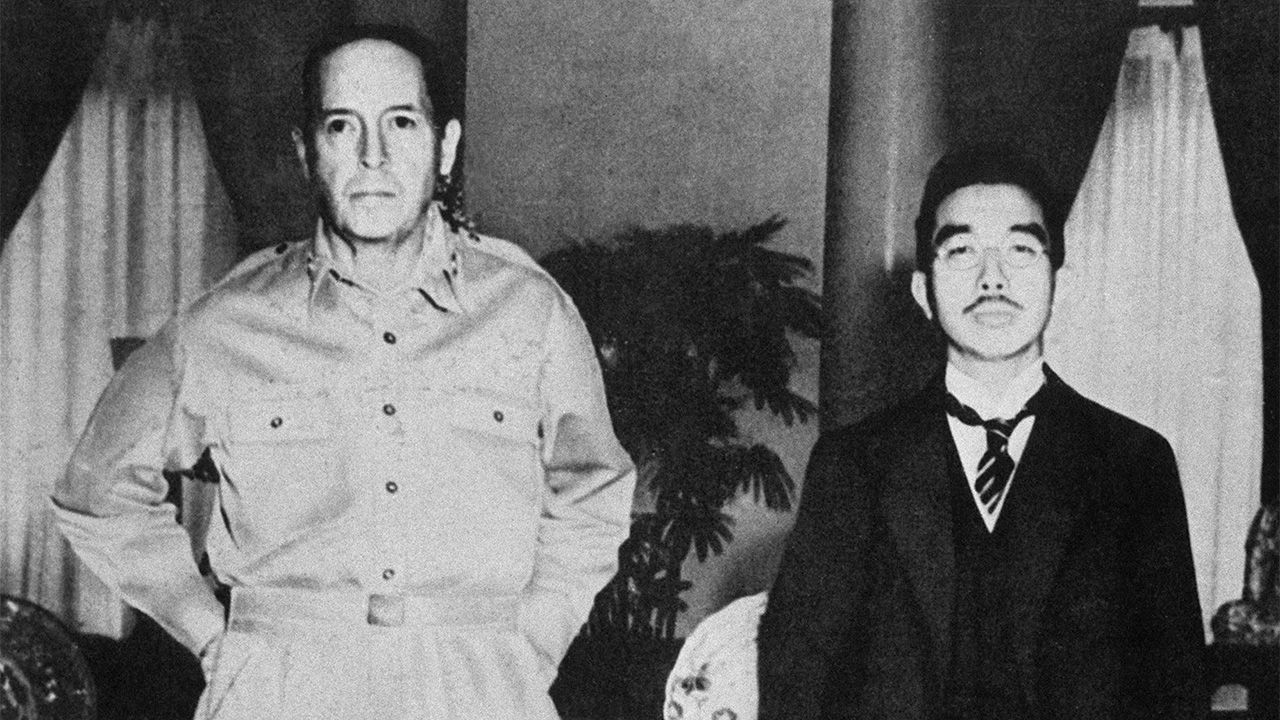 The Negative Legacy of Japan’s Occupation

History Jan 4, 2020
Following its defeat in the Asia-Pacific War, Japan was placed under occupation by the US-led Allied Forces. What did the Japanese people lose or gain as a result?

A Modern Japan Forged in the Long Occupation

The US occupation of Japan continued for six years and eight months, from the signing of the Instrument of Surrender aboard the USS Missouri on September 2, 1945, until the San Francisco Peace Treaty became effective on April 28, 1952. Why did the occupation continue for so long?

The main cause dates back to the complete failure of reconciliations following World War I. The peace conditions settled at the Paris Peace Conference in 1919 were entirely drawn up by the victorious nations. Germany and other defeated powers were coerced into agreeing to the Treaty of Versailles and other treaties, but this hasty settlement led to the rise of fascism and the unpreventable outbreak of World War II. The Allied Powers felt deep remorse at this historical outcome, and consequently resolved to delay the signing of peace treaties after World War II. Instead, they decided the best course of action was to re-create Japan, Germany, and other Axis Powers as “peace-loving nations,” occupying them for a certain period following the end of the war.

It was an incredible experiment, albeit one that required much effort. Through this experiment, Japan achieved a revolutionary transition, eradicating its militaristic, totalitarian, and ultranationalistic systems. By wielding control in Japan, the United States was able to oversee Japan’s demilitarization and democratization.

It is no exaggeration to state that these six or so years of occupation for the most part established the patterns for modern Japan’s political, economic, social, legal, educational, and cultural reality. This period saw the introduction of the new constitution, sovereignty of the people, the symbolic emperor system, separation of powers, equality of the sexes, dissolution of the zaibatsu industrial conglomerates, agricultural reform, and educational reforms, along with the guarantee of human rights and freedom of speech.

Erasing the Remorse of Emperor Shōwa

Should the road from the Westernization that took place following the 1867 Meiji Restoration through to the postwar Americanization be considered an unrivaled blessing in regard to the aforementioned legacies? I do not believe so. We must admit that, under the occupation, the Japanese people and Japanese society committed a major historical blunder, forfeiting autonomy and initiative due to their avoidance of responsibility for the war.

A television special televised on NHK on August 17, 2019, entitled Shōwa Tennō wa nani o katatta no ka (What Did Emperor Shōwa Say?) admirably explored this crucial historical oversight. The program was a dramatization based upon extracts from the Haietsu-ki (Record of Audiences with the Emperor) written by Tajima Michiji, the grand steward of the Imperial Household Agency in 1948–53. The emperor, having transitioned from his prewar “living god” status to his January 1946 Declaration of Humanity and to his role as the “symbol of the unity of the people” in the postwar Constitution, stated that he had many regrets, one of which was the responsibility for defeat. Under the Meiji Constitution, the emperor held supreme command of the military, but in reality, he was removed from the liability of decision-making, and was consequently absolved of legal responsibility for war by the US side. Political scientist and president of the University of Tokyo Nanbara Shigeru expounded a theory of ethical responsibility and called for abdication of the emperor. But General Douglas MacArthur, the Supreme Commander for the Allied Powers, resisted such a move, removing the emperor’s abdication—proposed as a way for him to take responsibility for the nation’s military misadventures—from the table by 1948.

Once discussions began in earnest on the peace treaty, the emperor once again raised the issue of war responsibility. Having recovered some of his independence, he was again able to express his wishes publicly. In these circumstances, the emperor confided in Tajima his dilemma—whether to keep his feelings of responsibility under wraps or to speak frankly to the people about the circumstances. On September 8, 1951, the Treaty of Peace with Japan was signed in San Francisco, but as the date for its effectiveness neared, the emperor questioned whether he should include words expressing remorse in the statement he was to deliver. Although Tajima was hesitant, he prepared a draft according to the emperor’s wishes and sent this to Prime Minister Yoshida Shigeru. The prime minister ordered deletion of the phrase “extreme regret for allowing unprecedented insecurity and hardship.” Although the emperor expressed his displeasure, he finally agreed. In the May 3, 1952, speech he gave to mark the end of the Allied occupation on April 28, when the terms of the Treaty of San Francisco went into effect, and the achievement of Japan’s independence, he avoided mention of war responsibility.

How would Japan’s circumstances have changed if the emperor had abdicated at this time? If the former supreme authority in Japan assumed responsibility for the war, it would have sent shockwaves through the former military authorities, of course, but also through the worlds of politics, business, journalism, education, and regional administration across the country.

The immediate postwar cabinet of Higashikuni Naruhiko spoke of the “repentance of the 100 million” while disregarding the issue of war responsibility. But rather than an externally directed correction to the course of Japanese society—such as the purge of officials that took place under GHQ, throwing the nation into a panic—an autonomous, Japanese-directed move like an imperial abdication would have provided an important opportunity for self-reflection on the course of events that led to the Pacific War. The same could doubtless be said with regard to the Japanese populace, which had made an about-face from considering their American and British enemies as brutal savages during the war to praising them after hostilities ceased.

This would have been a truly new message for Japan to deliver not only domestically, but to its neighbors in Asia and the rest of the world. But Japan closed the book on its war responsibility and chose to gloss over the truth. This was the moment when Japan lost both its initiative and its confidence. In this regard, the decision on whether the emperor would abdicate was a defining moment in Japan’s postwar history.

But why did Prime Minister Yoshida oppose the emperor mentioning war responsibility? Firstly, we could speculate that the power struggle within his Liberal Party was intensifying at that time, and Hatoyama Ichirō—who would be allowed to return to politics and join the Liberals in August 1952, following his purge by GHQ—and his colleagues were raising the ideas of constitutional reform and remilitarization. But if this led to the emperor being connected with approval for Japanese remilitarization, Yoshida feared, it could spark a political crisis threatening his position as prime minister. Secondly, were the emperor to abdicate due to war responsibility, it could potentially have a ripple effect prompting Yoshida’s own resignation. Thirdly, the procurements arising from the Korean War breathed life back into the destitute Japanese economy, and Yoshida believed that it was more important to prioritize future concerns over those of the past. Fourthly, Crown Prince Akihito was still a minor, aged just 15 years old.

The third and fourth points were issues that concerned the Japanese people as a whole, not just Yoshida. However, the first two were strongly related to Yoshida’s political strategies, and he clearly made decisions aimed at self-protection. Yes, he was in the midst of a political struggle—but Yoshida’s acts betrayed his lack of a philosophical stance rooted in proper historical perspective, and he cannot escape criticism for taking a short-sighted approach aimed only at Japan’s material recovery. Forfeiting this unique opportunity to take an unequivocal stance concerning war responsibility became the greatest postwar misfortune for Japan.

The Flawed Framework Born from the Yoshida Doctrine

Yoshida left behind one further negative legacy. He is generally revered for his great service in building strong structures in postwar Japan under the so-called Yoshida Doctrine, but in fact, his policies established a structural weakness in Japanese society of reliance on external strength. The backlash from Hatoyama and the opposition parties was not solely due to Yoshida’s self-righteous approach and antidemocratic ways, but also due to his political policies of reliance on the United States. With this stance, they claimed, he was achieving a false independence for Japan—“creating an image of the Buddha but failing to imbue it with a spirit,” as the Japanese saying goes.

From the 1960s onward, Japan experienced miraculous economic growth. But although the country pursued material wealth, it neglected its spiritual independence and initiative. What was the outcome of this? At the start of the 1990s, during the Gulf War, economic superpower Japan was subject to intense international criticism concerning the manner of its global contribution. While Japan would give financially, it was unwilling to commit people to the cause, much less allow them to shed sweat or blood. Japan’s government and its citizens at last faced the outcome of their monopolar pacifism and reliance on external strength.

Certain later prime ministers, such as Ōhira Masayoshi and Nakasone Yasuhiro, proposed a departure from the Yoshida Doctrine. They claimed that his policies of prioritizing the economy did not match current circumstances, and that Japan should aim to take an international role that reflected its actual strength. Ōhira proposed the comprehensive US-Japan Security Treaty and the regional concept of a “Pacific Community” of nations. Nakasone urged Japan to take a political and security role that reflected its economic superpower status. But the media, which shaped public opinion, did not acknowledge these ideas, and they were mostly ignored as a result. Public opinion instead clung to the security blanket of the Yoshida Doctrine.

Had the Japanese people engaged in objective self-reflection from an earlier postwar stage, critical views of their country expressed during the Gulf War might have taken a different form indeed. To this day, though, overreliance on other countries and a lack of autonomy and initiative exist as shackles holding Japanese society back. We must acknowledge that the root cause lies in the negative legacy of Japan’s negligence of war responsibility.