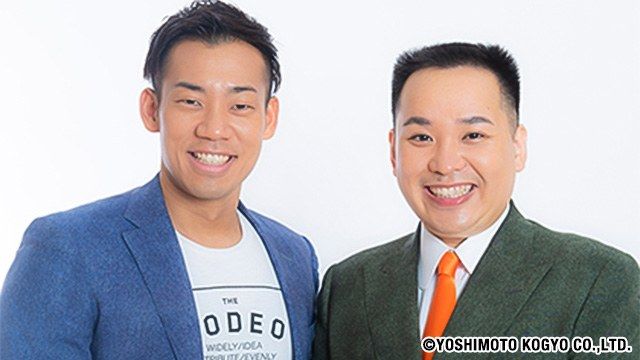 Why Comedians Rule the Infotainment Business

Culture Entertainment May 14, 2020
A day likely doesn’t go by without the average Japanese TV viewer seeing a comedian on television. These entertainers appear on more than just comedy shows; they have spread to variety and infotainment programs, as well. This analysis of the mechanisms of comedy investigates why comedians have become so essential to these programs.

Breaking Out from the Crowd

On December 22, 2019, the TV Asahi network aired the annual M1 Grand Prix, a live, televised competition for Japanese comedy teams. The show ended with the duo Milk Boy being crowned victors, despite their relatively unknown status and tough competition from veteran acts. In a single night, the two members found sudden nationwide fame, creating a Cinderella story likely to be celebrated by the media for some time to come.

Japan is packed with young comedians polishing their acts hoping to live out their own version of this Japanese dream. Japan’s largest comedy agency, Yoshimoto Kōgyō, runs a comedy school called Yoshimoto New Star Creation, and every year crowds of young hopefuls come knocking on its doors looking for stardom. The reason should be obvious to any observer of Japanese entertainment. Comedy offers an opportunity to hit it big without the need for good looks, singing or acting ability, or the good luck of famous parentage. The only requirement for success is that you be funny. At the same time, Yoshimoto alone has over 6,000 comedians on its books, while among them only a few dozen are truly successful enough to make a consistent living from comedy alone.

What is it about those few that makes them more successful? Laughter is, of course, an exceedingly common thing. Any time people gather, they are sure to start laughing at some point. However, there are certain conditions to be met for making comedy. One is that you must have something—a situation, an object, a person—that seems “unnatural,” or incongruous with our understanding of the world. At the same time, the audience needs to feel a sense of affinity for the presenter. And finally, the audience is only able to laugh because it’s clear that they are only observers of this unnaturalness, and that it poses no risk. Naturally, what seems unnatural will vary wildly from person to person, just as the feeling of affinity, and the lack of risk, will. This means that comedy is highly individualized, and to make a business of it the comedian must be able to satisfy those conditions for a mass audience. Comedic success, then, requires exceptional skill in some very unusual, very special abilities.

The M1 Grand Prix—whose M comes from manzai, a Japanese form of standup comedy generally performed by duos—puts these abilities to the test in competition. This is clearly quite different from an artistic or sports competition, though, when we consider the conditions needed for comedy. To keep the mechanism of competition working, the participants must engage in equivalent activities, since different activities can’t be ranked against one another, and the judges must use clear criteria to avoid arbitrary or unfair judgments. This all adds up to a towering challenge for a TV comedy contest. If, for example, competitors are given a single theme for their jokes to make sure they’re competing at equivalent activities, the audience will quickly grow tired of hearing the same thing over and over. What’s more, if the competitors offer up a higher level of humor where the unnaturalness is difficult to recognize, the judges’ scores will likely diverge, and the contest will become one of simple taste. In the 2019 M1 Grand Prix, the three teams that made it to the finals all showed outstanding joke-building technique, and seemed to have reached the level of true art. In the end it felt like victory went to the comedians for whom the audience had the most affinity.

For many comedians, success in comedy programs leads to a broader field of work. For example, Katō Kōji from the comedic duo Gokuraku Tonbō has been the host of Nippon TV’s infotainment show Sukkiri! for years. Comedy duo Bakushō Mondai host Sunday Japon and Bakuhō! The Friday (both on TBS TV), neither of which are comedy programs. The variety show High Noon TV Viking! (Fuji Television) deals with current trends, and features commentary from several comedians and comedic entertainers on every episode. The comedians Hakata Hanamaru and Daikichi are also newscasters on NHK’s Asaichi, where they have become the faces of the national news network’s morning timeslot.

The reason for this ubiquity has to do with certain peculiarities in Japan’s comedy scene. Achieving national fame as an entertainer in Japan requires television appearances. However, television programs broadcast to a general audience must adhere to a strict broadcasting code. Inappropriate slang or discriminatory language are prohibited by law, and insults against specific individuals are simply not allowed. Jokes critical of the current administration have also become taboo in recent years. For comedians, whose work is to find unnaturalness or incongruity in the world and turn it into laughter by freeing the audience from its risks, this strict code is a powerful restraint on joke-making.

We can see the way this hits comedic success in through some specific examples. Owarai Beigun Kichi, styled “Funny Tales About US Military Bases in Okinawa,” is a comedy show run by entertainment agency FEC in Okinawa. Owarai Beigun Kichi skits often make fun of Japan’s defensive dependence on the American military and the powerful influence that US bases have on the local culture. These shows are never broadcast on TV, though, and the nationally distributed DVDs are heavily beeped out. Another example is Kagoshima-born solo comedian Matsumoto Hiro. Matsumoto has earned fame for his jokes about the war-renouncing Article 9 of the Japanese Constitution, which is seen a particularly controversial issue as Prime Minister Abe Shinzō hopes to amend it. As a result, he is absent from television. In short, for comedians to hit the big leagues, they must be “well behaved.”

Typically, though, the discovery of unnaturalness requires looking at behavior that doesn’t qualify as good, so comedians hoping for success here must find a way to extract it from the mundane, twisting it into something that the audience can observe as outsiders. This requires keen observational skills and quick wit—talents that also come in handy on infotainment and variety programs. These do deal with news and current events, but unlike serious commentary or news shows, they have no need to dig very deep, as their audiences tend not to be looking for much food for thought anyway. These programs need guests who can offer some amusing discussion for a short time, then move on quickly to the next topic. Of course, simply running through topics without actual engagement would come across as too insincere, and it’s exactly here that comedians come in handy. They have a knack for taking difficult subjects, which offer no clear disengagement point, and spinning them into a joke to end on a laugh.

Comedy doesn’t try to confront unnaturalness, or to eliminate it. It accepts it, twists it, and in the end allows the observer to release it with an “Oh, that’s OK, then.” This approach is particularly appealing to those who are looking to TV for simple entertainment. It is this need, perhaps, that serves as the real reason behind the ubiquity of comedians on television.

As artificial intelligence advances, there’s a clear danger that it could take over all kinds of human activity, but I wonder whether comedy is in any danger. In October 2018, one television program looked into that very question. The NHK program AI ikusei owarai batoru: Shishō x deshi (AI Training Battle: Master & Apprentice) featured a comedian “master” taking on an AI student to teach it comedy. The master would enter his own jokes into the AI, and the AI would attempt to make its own jokes based on those examples. There were some respectable results, and the AI was eventually able to get some laughs on given topics.

However, if you expand that to ask whether AI can master the skills required to be equal to a human comedian, I think the barriers are still too high. Comedians have to do more than find unnaturalness to make laughs; they must also be accessible to their audiences. Someone who lacks that connection will never get laughs, no matter how good the jokes are. Humans clearly don’t feel comfortable with bland, inhuman machines, but psychological research has also shown that we also don’t feel comfortable with robots that are too similar to us, either—those that fall into the “uncanny valley” between clearly artificial beings and humans. Thus, if AI is going to be useful, it will likely be as a tool to aid in joke writing. It is the comedian who will be the final judge of where and how to use those jokes. With all the complexities of the laughter mechanism we have found, it’s unlikely that human comedians will be out of work anytime soon.