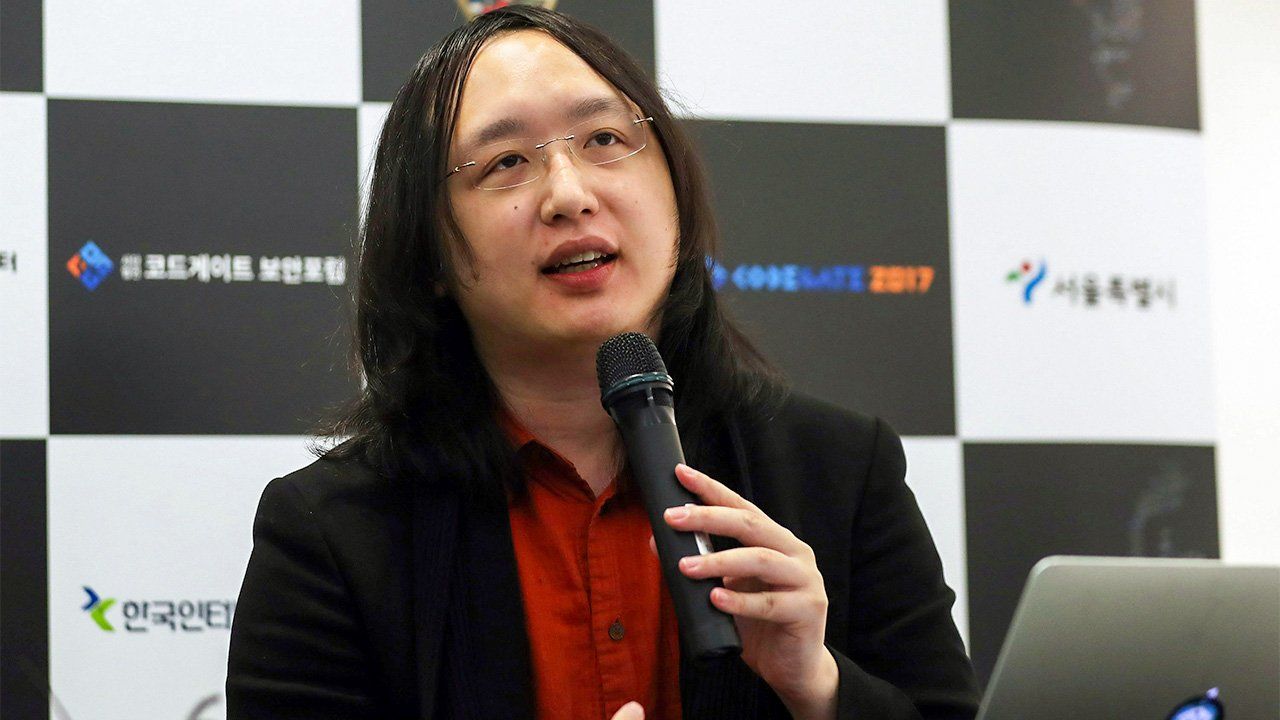 Digital Minister Audrey Tang: Taiwan’s “Genius” and Her Unique Past

People Technology Apr 10, 2020
Taiwan’s “digital minister,” Audrey Tang (Tang Feng), made the 2019 list of 100 global thinkers published by Foreign Policy magazine. She has leapt into prominence in Japan for creating an app that combats coronavirus by showing face mask inventory levels at a glance. In 2016, she became Taiwan’s youngest ever government minister at the age of 35. Recently she has wowed Japan and the rest of the world with her leadership on the coronavirus crisis.

Several Japanese TV networks have recently broadcast features on Taiwan’s “digital minister,” Audrey Tang, who makes for a stark contrast with her aging Japanese counterparts. What makes Tang, who is on her way to becoming something of a legend in Taiwan, just so popular?

One of the world’s top open source software developers, she started her own IT company at the age of 19. In 2014, she became a digital advisor to Apple, where she was involved in high-level artificial intelligence projects, such as the development of Apple’s virtual personal assistant, Siri. Under Tang’s contract with Apple, she was paid at the hourly rate of 1 bitcoin: the equivalent of around ¥50,000 when Audrey joined Apple in 2014, and a whopping ¥900,000 today. The skyrocketing bitcoin price, combined with the money from Tang’s earlier ventures, made her extremely wealthy.

Audrey announced her retirement at the age of 33, saying that she would spend the rest of her life doing what she enjoyed. This extends to her current role as Taiwan’s digital minister, which she undertook at the invitation of President Tsai Ing-wen.

Having led a very different life from most people, characterized by purposeful disobedience of social norms, she is now something of an idol for young Taiwanese, who are attracted to her unique life story and worldview.

An Avid Reader since Childhood

Born in 1981, Audrey was raised by intellectual and enlightened parents who had backgrounds in media. Her father was an avid reader who spent all his spare money on books. He was also an egalitarian, and interacted with his daughter in the same way he would with an adult. From around the time Audrey started elementary school, her father would speak to her in Socratic dialogue. He also allowed her to read his math and philosophy books. This environment helped Audrey’s intellect to shine through from an early age.

In an IQ test she took at elementary school, Audrey scored “160 or above,” the highest score possible on the Weschler Intelligence Scale for Children. Audrey dismisses claims that she actually has an IQ of 180 as incorrect. Rather, she says, because her score on the test exceeded the maximum value, it was not possible to measure her true IQ. When the test was repeated, she got the same score. When asked about her IQ these days, Audrey, who is 180 centimeters tall, either jokes that the questioner has confused her IQ with her height, or says that, “in the age of the Internet, everyone has an IQ of 180”.

A Misfit at School

While most children remain in compulsory education until the end of high school before going on to university or even graduate school, Audrey finished her education before the end of junior high—this after changing kindergartens twice and elementary schools five times. She says she found school to be more of a hardship than a pleasure; she understood concepts before her teachers started teaching them, getting little out of her lessons. Despite having an exceptional memory, she was unconcerned with minor details, and was often reprimanded for not bringing handkerchiefs or tissues to the classroom. Her exceptional intelligence also made her a lot of enemies.

It was after being placed in the top class at elementary school that things started to go wrong for her. Taiwanese parents take a keen interest in their children’s grades, and accelerated classes are very competitive. Audrey was always top in her class, which caused her to be bullied by her classmates. One classmate, after being beaten by her parents for not taking the top spot, told Audrey, “I wish you would die so that I could take your place on top.”

Audrey was born with a congenital heart condition that caused her face to turn purple in times of stress. Sometimes she would even faint. She therefore describes herself as physically incapable of getting angry. On one occasion, she passed out after a punch from a classmate caused her to slam into a wall. When her mother got her home and removed her clothes, she found a large bruise on her daughter’s chest, the result of being kicked.

Audrey subsequently developed a fear of school. She was in and out of school and even became a truant. She would never attend another educational institution after dropping out of junior high.

When Audrey was 14, her parents allowed her to go on a retreat to Taiwan’s remote Wulai district to be alone. After weeks of thinking, she made her decision.

Audrey had earlier won a prize in a school science competition, and was guaranteed a place at a prestigious high school. However, she chose not to pursue that path, feeling that the information taught at that level was 10 years behind what was available online, and that she would be better off learning directly from the Internet.

Audrey’s genius also manifested itself in a gift for languages. As a child, she spent a year studying in Europe with her mother, as a result of which she speaks German and French. Her language skills enabled her to go online and learn directly from academics and experts around the world. Those who received her questions assumed they were talking to a curious university student, not a junior high school dropout.

The teenager’s decision to leave school shocked her family. Her father and grandparents were opposed to her plan to teach herself and start a business. Audrey’s mother, however, who had left a media career to establish an experimental school, believed that there was more than just one path to learning. She was her daughter’s strongest ally.

After leaving school at the age of 14, Audrey entered the world of business at 16, establishing an IT company. She made good progress both as a programmer and as a manager. Establishing several companies, she worked as an advisor to such well-known organizations as Apple and Oxford University Press.

It was at this time that Tang, rejecting the idea of categorizing people, made a decision to transcend gender. Born male and named Zonghan, and later adopting Autrijus as her name for use in Western languages, Tang decided to transition to female at the age of 25, changing her name to the more gender ambiguous Feng, or “Audrey” in English. Audrey is Taiwan’s first transgender cabinet minister, and her gender is listed in the roster of ministers as “none.”

So how do her parents feel about having a transgender daughter? Both say they wholeheartedly support their daughter as long as she is happy. Being the parents of a genius requires unlimited love and tolerance!

Because of her personal experience of taking an unconventional path to success, Audrey believes that while majority rule is at the heart of democracy, societies also need systems that allow law-abiding minorities to exert influence on society.

After becoming Taiwan’s digital minister, Tang established a platform for fielding public opinion on government policy, and asked the Taiwanese people to come forward with feasible policy ideas. The platform she created breaks down the barriers between the government and the people and reflects the true opinions of society in government.

An environmentally conscious state, Taiwan imposed a blanket ban on plastic straws in July 2019. The ban started when a 16-year-old school student submitted a proposal using Tang’s platform. The idea was endorsed by 5,000 people and subsequently written into law by Taiwan’s Environmental Protection Administration. Taiwan is known for tapioca “bubble” tea, and Taiwanese consumers purchase 1 billion drinks every year. The ban therefore represented a revolution in consumer practices, brought about by a proposal from a single teenager submitted using Tang’s platform.

Pressure from mainland China has long caused Taiwan to be shut out of the international community. Audrey devised a way for Taiwan to participate in meetings of the United Nations digitally, combining technology and diplomacy to share the voices of Taiwanese citizens with the rest of the world.

Despite being a government minister, Audrey says she has no secrets and puts up no barriers. She publishes minutes of all her meetings online. Often, when attending policy meetings, she will type up a dozen or pages of minutes on her computer in real time, which she publishes as soon as the meeting finishes.

On Wednesdays, Audrey opens her office to the public. Anyone with a proposal for the government, irrespective of age or occupation, can make an appointment to discuss it. In the evenings, she holds meetings with groups of experts from both Taiwan and overseas, as well as gatherings of creative people. Food and drink is provided, and lively debates sometimes roll on until deep in the night.

On several occasions I have seen Audrey hold her own against combative celebrity interviewers. Her sharp, quick-witted nature and talent for presenting information in an ordered manner means that the interviewer usually loses the argument within 10 minutes.

The Power of Sleep

After working for 25 minutes, Audrey always takes a 5-minute break. Every night, she deletes all her emails and leaves nothing on her “to do” list. Her secret to staying healthy, she says, is ensuring she always gets eight hours of sleep, no matter how busy she is.

“I ponder the problem I’m working on as I fall asleep. When I wake up in the morning, I’ve thought of a solution,” she explains, noting that sleep soothes the brain and provides inspiration.

Another source of healing is Audrey’s weekly 45-minute session with a psychiatrist in France at a specified time. This routine is akin to the Japanese novelist Murakami Haruki’s daily running, and provides her with a mental “detox” that ensures she is always at peak condition.