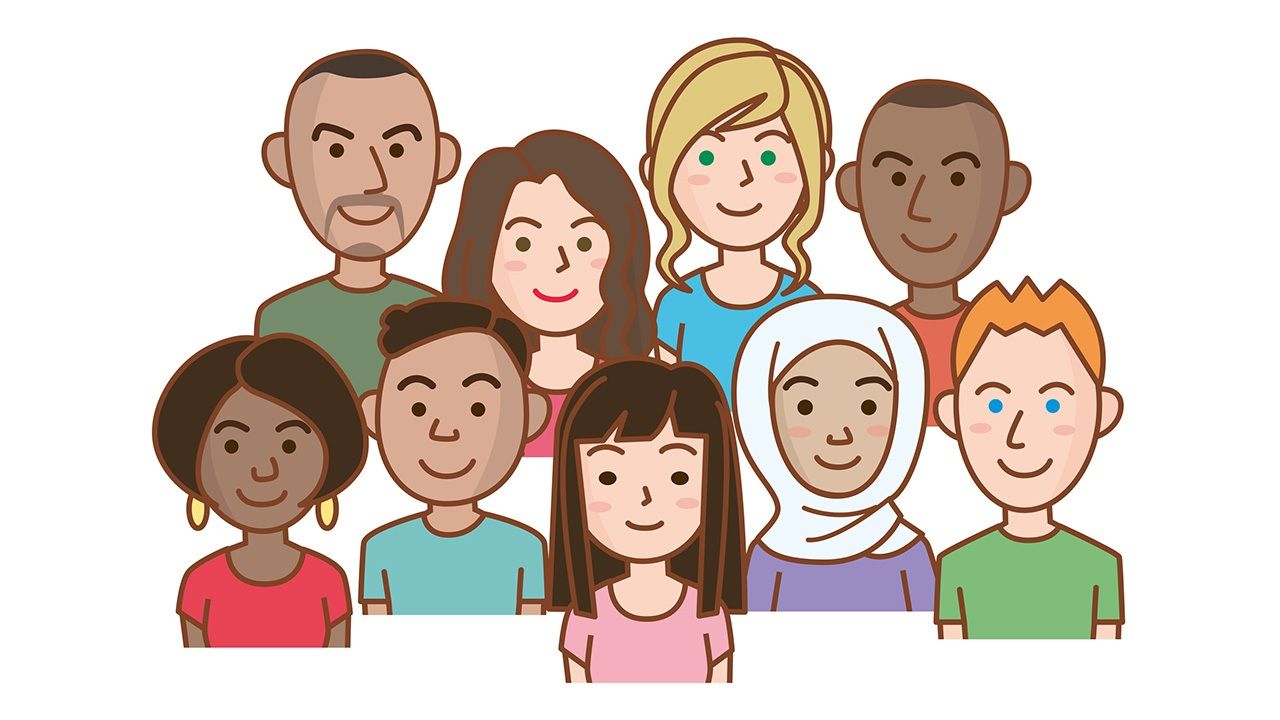 Before You Call Me “Gaijin”

Society Culture World Language Gender and Sex Jul 13, 2020
Banning all potentially discriminatory language would not end discrimination itself; indeed, it might actually lead to accidental use of such words due to lack of familiarity. The Taiwanese-born Japanese author Li Kotomi digs deep into the word gaijin (foreigner/outsider) and its role in discrimination.

My Introduction to Gaijin

I think it must have been in 2011 when I encountered the word gaijin.

I first came to Japan for a longer stay as a student. One day, when I was out walking near Takadanobaba Station, the sight of a real-estate office sign stopped me in my tracks. It read, in English, “Are you gaijin?” I’m sure it was simply an attempt to advertise the fact that they offered housing aimed at non-Japanese citizens, but it came as a real shock.

The word gaijin was obviously Japanese, though at the time I’d not learned it. I could still guess that the characters would be 外人, and I confirmed this later at home. I remember that my instinctual reaction was that it seemed highly unpleasant.

In retrospect, that reaction was probably influenced by my native Chinese language. The two characters that make up gaijin, 外人, carry a sense of “stranger,” or “outsider.” In other words, it reflected the xenophobic idea that “foreigner” equals “outsider,” and thinking about this only deepened my unease. At a later lecture, then, when I heard a researcher say that gaijin was discriminatory, my stomach fell. It was further confirmation of what I’d felt.

I still don’t like that word. But now I sometimes feel that judging Japanese words based on my Chinese language instincts is the kind of mistake a beginning Japanese language student would make. Of course, my understanding and sense of Chinese has been a great help in getting to an advanced level of Japanese, but it’s not always an infallible guide. In the end, it’s important to understand Japanese words as Japanese, even when written in characters that were originally Chinese.

Opinions on the internet vary as to whether gaijin is a discriminatory term. Those who think it is say that the targets of the word find it unpleasant because it holds a xenophobic or derogatory nuance. Those saying the opposite insist that it is simply a shortened form of 外国人 (gaikokujin, or “person from a foreign country”), and so it doesn’t hold any discriminatory nuance.

Putting aside the emotional argument of the former group, it should be possible to confirm though linguistic means whether gaijin is simply an abbreviated form of gaikokujin. In order to prove this assertion, at the very least the following three conditions must be met: (1) the word gaikokujin came first, (2) at a certain point an abbreviated from of gaikokujin became seen as necessary, resulting in the creation of gaijin, and (3) the meaning and nuance of the words gaijin and gaikokujin are still roughly the same. In addition, if another condition, (4) there are many other examples of abbreviations similar to gaikokujin to gaijin, were true, it would strengthen linguistic evidence for the claim.

However, despite the insistence of abbreviation theory adherents, I can find no texts giving evidence of (1) or (2). As for (4), personally I find it difficult to think of many examples of three-character terms which are abbreviated by removing the middle character. The only one I can find right now is abbreviating 外国車 gaikokusha (foreign car) to 外車 gaisha (same meaning). Which brings us to (3). Sadly, in current usage, gaijin and gaikokujin carry very different meanings. While gaikokujin means “anyone who does not hold Japanese citizenship,” gaijin means “anyone whose appearance [skin color, facial features, etc.] suggests that they are not a pure-born Japanese person.” The first can only be judged on the fact of citizenship held, while the second is obviously judged on race, ancestry, and appearance.

Foreigners who are difficult to clearly differentiate from Japanese people (Taiwanese, Chinese, Koreans, and so forth) are almost never called gaijin. A Black American who gains Japanese citizenship, meanwhile, will no longer be a gaikokujin, while he will most likely always be called gaijin, even if his status begins in childhood. Special Permanent Residents, referring to those who are granted permanent residency in Japan because of ancestral connections to former colonies, are officially gaikokujin since they maintain non-Japanese citizenship, but I imagine there are few who would think of them when hearing the word gaijin. Thus, sadly, I think it’s clear that the claim that gaijin is simply an abbreviation of gaikokujin is untenable. It appears that we’ll have to consider them different words.

Now, as for whether or not we can say for certain that the word is discriminatory based simply on the feelings those being labeled as such, I am afraid it is not quite so simple. Different people will feel differently on the subject, and even if we were to gauge those feelings through a survey, it’s not so certain whether that is a valid basis on whether to make such sweeping judgments. In my opinion, the decision of whether or not any word is truly discriminatory will largely depend on the circumstances of its elements, and the historical context of its use.

Words that are considered discriminatory or derogatory can, by and large, be divided into two categories. (In actuality, though, there is likely to be a lot of overlap, leading to some difficulty.)

One such category contains terms that have historically served discriminatory or derogatory functions, and their negative nuance can be clearly seen in their meaning. For languages like Chinese and Japanese, where many times each character that is used to build a term holds its own meaning, terms like these are easy to identify and exemplify.

In more modern times, after the invasion of Western powers the word 夷 (yi, barbarian), was often used to refer to Western people. During the Second Sino-Japanese War (1937–45), Japan and its people were referred to by the terms 小日本 (xiao Riben, little Japan) and 日本鬼子 (Riben gui zi, Japanese devils). Even in Taiwan, the Dutch were called 紅毛番 (hongmaofan, red-haired barbarians), and indigenous peoples were called 蕃人 (fanren, barbarians). In Japanese, there are examples such as 穢多 (eta, polluted ones) and 非人 (hinin, nonhumans). I think the discriminatory nature of these terms is clear. The characters 蝦夷 for Emishi or Ezo, the historical Japanese term for the native people of Hokkaidō, also demonstrates a derogatory nuance by including 夷, like the Chinese terms above.

Of course, most modern Chinese speakers do not call Western foreigners “barbarians,” or Japan’s people “Japanese devils” but there are still many varieties of discriminatory language in Chinese. In Taiwanese Mandarin, apparently the term 人妖 (renyao, human monster) is used for trans individuals, while the derogatory term for an effeminate man is 娘娘腔 (niangniang qiang), with the individual characters meaning something like “girl hole.” Once, people with disabilities were called 残廃 (canfei, failures) and Hansen’s disease was called 麻瘋病 (mafengbing), which uses characters referring to “numbness” and “madness,” but more recent nods to political correctness have led to adoption of the terms 身心障碍人士 (shenxin zhang’ai renshi), which uses more neutral characters to mean “person with physical or mental handicaps,” and 漢生病 (hanshengbing), which is simply a transliteration of Hansen’s disease.

The other broad type of discriminatory language is less evident from the characters in use, but the historical usage gives evidence to its derogatory role.

Historically, homosexual people were called 同性恋 (tongxinglian) in Chinese, with characters meaning simply “same sex love,” while trans people were called 変性人 (bianxingren), with characters meaning “people with changed sex.” Despite the neutral characters, though, both were used in discriminatory contexts, so the terms were poisoned. The words have been replaced in part by the term 同志 (tongzhi), a broad term that can be translated using the English “queer,” as it covers many kinds of nonnormative sexuality or gender. A similar change occurred with 娼妓 (changji, prostitute), which has been replaced by 性工作者 (xing gongzuo zhe, sex worker). There is no evident derogatory meaning in the characters of each original term, but in each instance the true derogatory usage in history cannot be ignored.

There are, of course, plenty of examples in Japanese, as well. Terms like ホモ (homo, gay), レズ (rezu, lesbian), and オカマ (okama), a generally derogatory term for trans women, male cross dressers, or effeminate queer men, are examples. On the surface, it almost sounds nonsensical to say that simply dropping the “–bian” from the English borrowing レズビアン rezubian results in レズ as a derogatory term, but we can’t ignore the context of its usage (as in “Hey, look, a rezu!” or “rezu porn”). The historical context that resulted in discriminatory terms like めくら (mekura, darkened eyes) and おし (oshi), an old term for those unable to hear or speak, is similar.

Is Gaijin Discriminatory? And Does It Matter?

Naturally, the nature of the second class above is not self-evident, so the debate over whether its terms are inherently discriminatory is not easily settled. And even if we decide that they are, it’s not clear what should be done about it. Banning all potentially discriminatory words like these would not end discrimination itself, and indeed might actually lead to accidental use of such words due to simple lack of familiarity. As someone who works with words, I’m not really a fan of digging into history or etymology to find reasons to ban them. I would be pretty upset myself if someone told me not to use the word “slaughter” in my novel, and change every instance to “meat processing,” for example.

There are also real examples where linguistic or cultural differences can lead to misunderstandings. The term 原住民 (genjūmin), used to refer to aboriginal peoples, is discriminatory in Japan, but the same term in Taiwan is considered perfectly acceptable. The terms 部落 (buraku, village/isolated settlement) and 百姓 (hyakushō, farmers) have discriminatory nuances in Japanese, but not at all in Chinese. In truth, they once shared similar discriminatory nuances in Chinese, but a popular movement on the part of those often labelled with them resulted in their being reclaimed, much like the word queer in English has been. Similarly, more Japanese lesbians have started self-labelling as rezu recently, but it still seems inappropriate for others to use it.

The question of whether gaijin is a discriminatory term or not, then, can only be decided by looking at the context where it is used now, rather than simply the context of its history. Some uses of the word are clearly discriminatory, like shop signs reading “No Gaijin,” while there are some possibly positive uses, like someone saying, “What a cool gaijin-san!” This can make a strict determination difficult.

In the end, I myself can’t really say if gaijin is inherently discriminatory or not. What I can say (keeping in mind that this is simply my own opinion) is that as long as this term is fundamentally based on appearance, and it holds a nuance of peculiarity and exoticism (like when a child points and yells “Look, mama, there’s a gaijin!”) then I don’t want to be called one.

So, before you call me gaijin, I’d like you to think a moment. Is using that word important enough to you to be worth the unpleasant feeling it will cause?