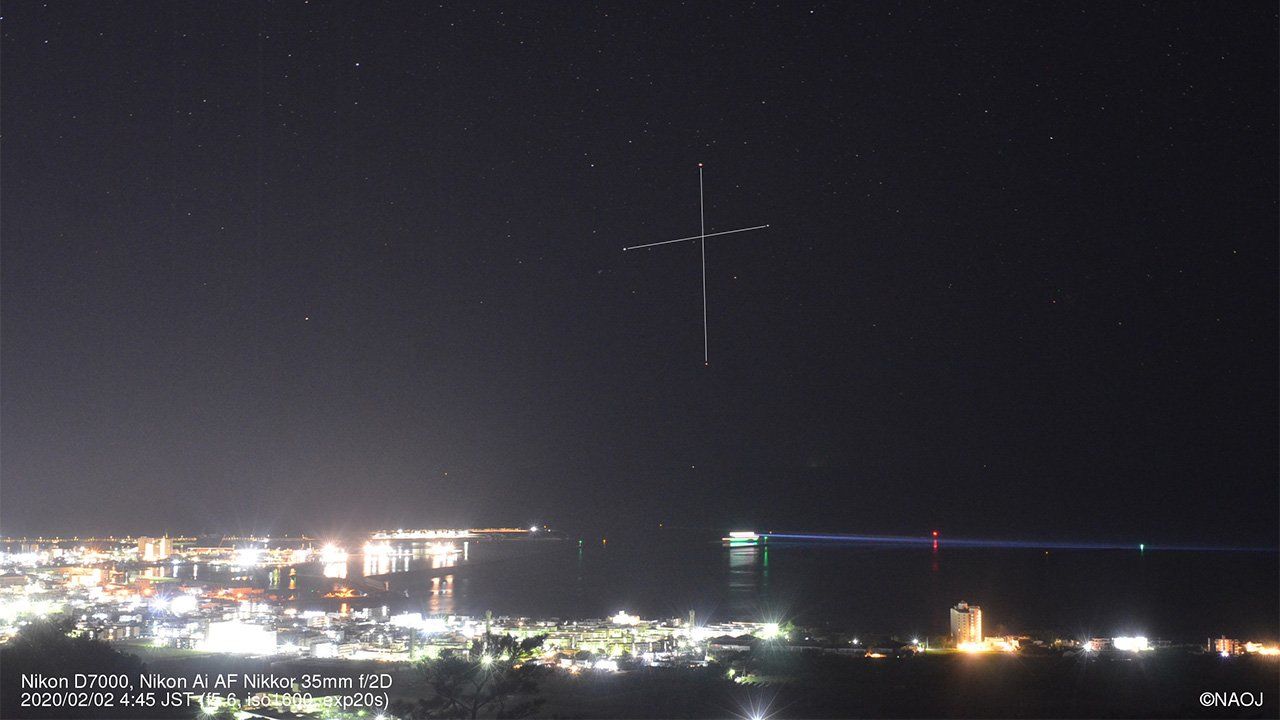 Guide to Japan Environment May 15, 2020
To the delight of astronomy fans around the country, the Ishigaki-Jima Astronomical Observatory, located on Okinawa’s Ishigaki Island, has added what it calls a Southern Cross “Monitor” to its website, allowing webcam images of the Southern Cross to be viewed in almost real time. Why not break the tedium of quarantine with a bit of online stargazing?

A Great Spot for Viewing the Southern Cross

The Southern Cross features in Miyazawa Kenji’s novel Ginga tetsudō no yoru (trans. Night on the Galactic Railroad). Officially named Crux, the constellation comprises four main stars arranged in the shape of a cross. While the Southern Cross is the smallest of the 88 constellations designated by the International Astronomical Union, it has been used by navigators to locate due south since the European age of discovery, and appears in the flags of Australia, New Zealand, and Brazil.

Because the Southern Cross is positioned low in the sky—63° south of the equator, in fact—in Japan, it is only visible from Ishigaki and the other Yaeyama Islands, which lie 24° north of the equator, just within the zone from where the southern stars can be seen. The Ishigaki-Jima Astronomical Observatory, located on top of Mount Maese, is a particularly good spot for observing the constellation. 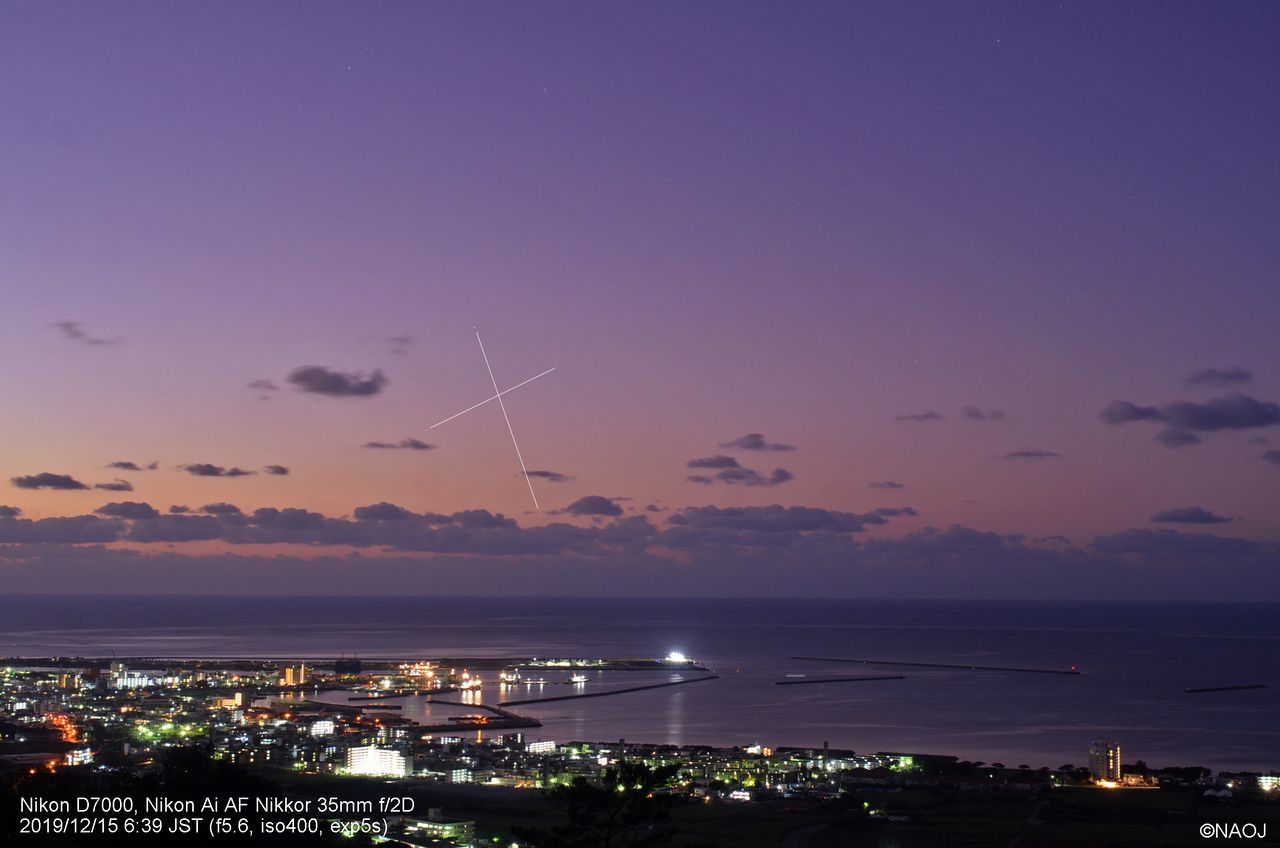 The Southern Cross at dawn, indicated by lines added to the image.

The Ishigaki-Jima Astronomical Observatory, which opened in 2006, is one of a new style of observatories. The facility is jointly operated by the National Astronomical Observatory of Japan, the city government and board of education of Ishigaki, the astronomy nonprofit Yaeyama Hoshinokai, local youth facility Ishigaki Seishōnen no Ie, and the University of the Ryukyus. Equipped with a 105-centimeter optical/infrared reflecting telescope dubbed Murikabushi (the Yaeyama name for the Pleiades), the largest in the Kyūshū/Okinawa region, the observatory performs scientific observations of the celestial bodies in our solar system, as well as offering site tours, stargazing nights, and other promotional activities here on earth.

While the observatory’s “four-dimensional digital galaxy” theater, in which three-dimensional renditions of the galaxy are projected onto a 200-inch screen, is popular with family groups, the Southern Cross Monitor was devised as a way of getting more people to learn about the constellation in Japan’s far southern skies.

A Boost for Tourism

“Last year, the city of Ishigaki declared the Southern Cross its official constellation, making it the first Japanese municipality to make such a declaration,” explains Hanayama Hidekazu, the researcher appointed to oversee the Ishigaki-Jima Astronomical Observatory. “In addition to being loved by locals, the Southern Cross is also popular with tourists, who like the fact that Ishigaki allows them to see a constellation that isn’t otherwise visible in in Japan.” However, in order to see the Southern Cross on Ishigaki, a few obstacles need to be overcome.

“Most people find it difficult to even find the Southern Cross in the sky,” says Hanayama. “All four stars are only visible between December and June, but even then, because the constellation is located just 9 degrees above the southern horizon, with nothing to lead the eye to it, it is hard to pick out. Also, because the bottom star, Alpha Crucis, almost touches the horizon, it is easily obscured. The view from low elevations is also easily blocked by fog or mist, meaning Alpha Crucis can only be seen on fine nights. These challenges prompted us to consider ways of allowing a better view of the Southern Cross. We came up with the idea of setting up a camera on the observatory balcony and streaming the images online.”

With no budget for the project, Hanayama resorted to dusting off a disused camera, lens, and PC to build the webcam. His only expense was the stainless-steel camera support, which cost around ¥10,000. This was a real DIY project.

“All it took for us to be able to get more people interested in the Southern Cross was the old equipment we had lying around, an idea, and some passion. Now we’re able to spread the message about the Southern Cross to all sorts of people. And of course it’s a hit with astronomy buffs,” says Hanayama.

People loved the idea. The Southern Cross Monitor site exceeded expectations, with 100,000 visitors in its first hundred days. The secret of the site’s success was is the way it has been designed to appeal to astronomy buffs. It tries to be a one-stop information portal, displaying information such as the constellation’s southing time (the time at which it passes through due south and is highest in the sky).

The Southern Cross is best viewed during the hour either side of its southing time. In May, the southing time falls between 9:00 and 10:00 pm, advancing by four minutes each day. From mid-June, the constellation begins southing before sunset, making it increasingly harder to see. Conversely, from late December, the constellation begins southing before sunrise, and it gradually becomes visible again.

The Southern Cross has actually only been visible on fifteen days out of the last hundred, so Hanayama has attempted to keep astronomy buffs entertained by sharing videos of sightings made in the last two weeks.

“I am gradually adding to the site in response to as broad a range of feedback as possible. I have tried to make it easy for prospective tourists to plan stargazing tours by giving information on the best conditions for photographing the Southern Cross,” he says.

As the Southern Cross is best viewed between December and June, Hanayama hit on the idea of switching to images of the Milky Way in the off-season. 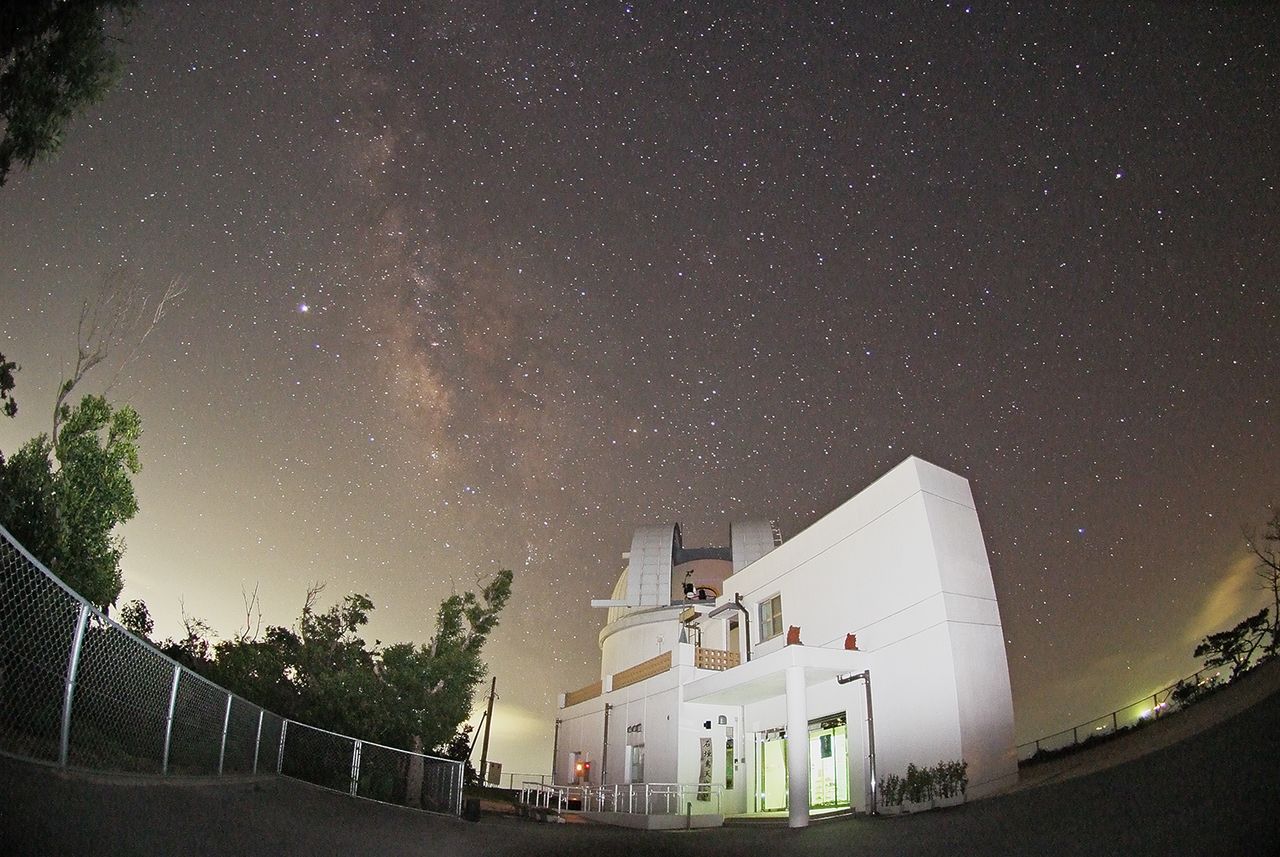 The Milky Way, seen above the Ishigaki-Jima Astronomical Observatory.

“All twenty-one first-magnitude stars, and seventy-one of the eighty-eight constellations, are visible from Ishigaki Island. They say that you can see more stars here than anywhere else in Japan, and that Ishigaki is also one of the best spots for seeing the Milky Way. Our latitude means that the Milky Way appears denser and brighter than it does on the mainland, and the lack of streetlights also contributes to the viewing experience.”

Once Ishigaki Island discovered its first case of COVID-19 on April 13, the observatory was closed until further notice. Hanayama speaks with disappointment. “It’s unfortunate that the four-dimensional digital galaxy theater and stargazing nights can’t be offered during the Golden Week holidays, when we usually get plenty of visitors. But the Southern Cross Monitor allows the public to view first-magnitude stars not visible in Tokyo, like Alpha and Beta Centauri, in addition to the lights of Ishigaki. You can also see the sea during the day. It’s great to think that we’re helping people to relax in these times.” 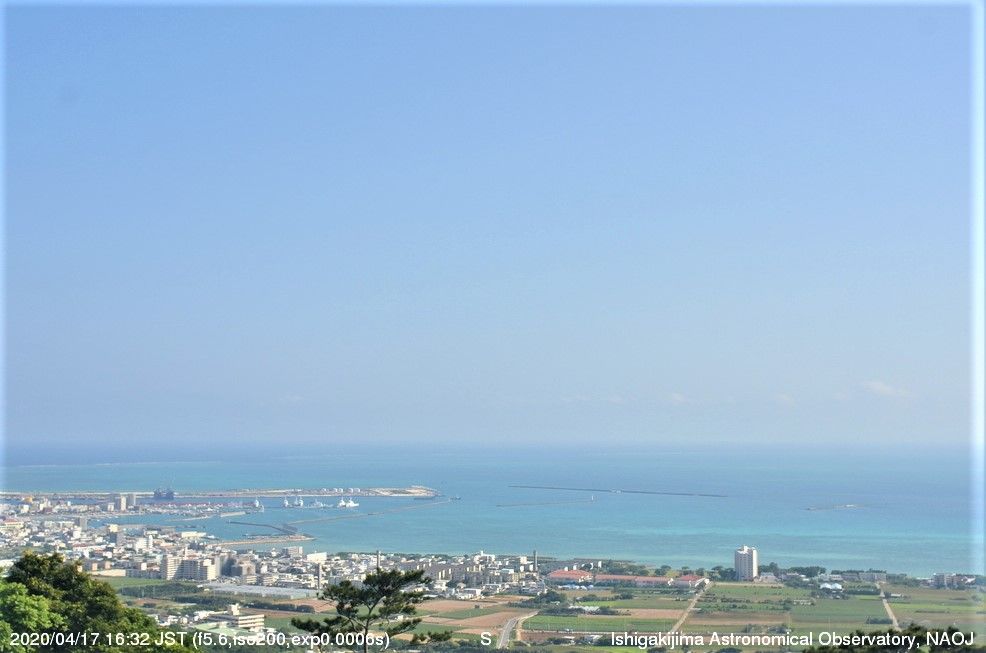 The blue sea and sky are visible during the day.

For a look at the Southern Cross Monitor and more details in Japanese on astronomical topics, check out the observatory’s official website.

(Originally published in Japanese. Banner photo: The Southern Cross. All photos courtesy of the National Astronomical Observatory of Japan.)