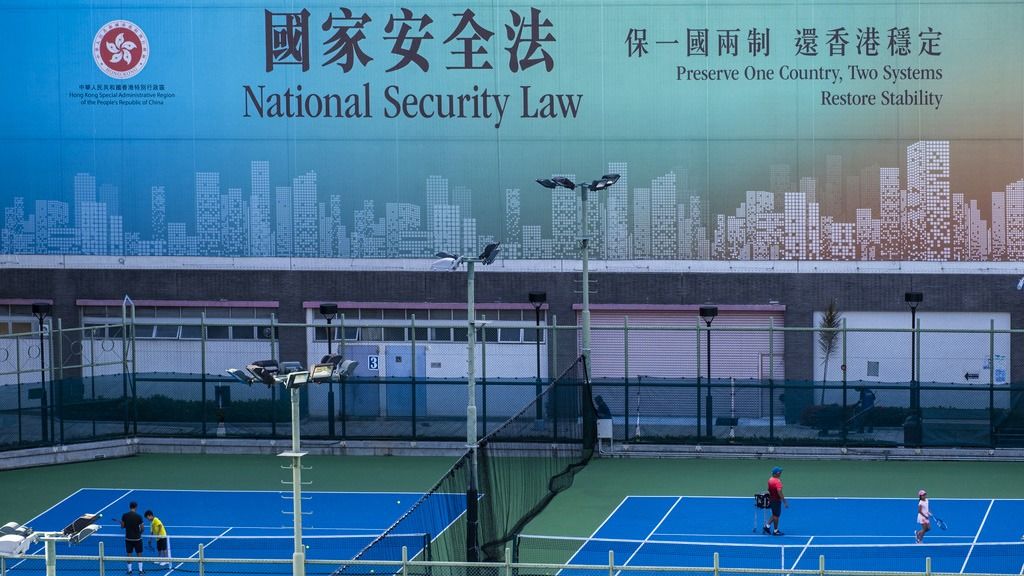 World Politics Aug 6, 2020
China is now set to apply its National Security Law to Hong Kong, which has become a focal point for the new cold war brewing between the United States and China. But is Beijing’s increasingly aggressive posture a mistake that will rob Hong Kong of its greatest value? The “one country, two systems” policy is facing an important turning point; by forcing change on Hong Kong, China could be taking the first step toward its decline.

The New National Security Law for Hong Kong was adopted at the June 28–30 meeting of the Standing Committee of the National People’s Congress of China. Last year, the people of Hong Kong rejected attempted amendments to the Hong Kong Extradition Bill with powerful demonstrations. The new law was passed by the central Chinese authorities, circumventing the territory in a unilateral, top-down action in reaction to that. Naturally, a majority of Hong Kong’s people have raised strong objections. Despite the powerful resistance, though, Beijing has ignored protests and plowed ahead through domestic and international opposition to force the law through.

Now, many are saying that Hong Kong is going to become a place where political and academic leaders are increasingly powerless. There are also indications that the number of people seriously contemplating emigration from Hong Kong to places like Taiwan, Europe, the United States, Canada, and Australia has shown a marked increase. If those indications come to fruition in their most dramatic form, what will it mean for Hong Kong, and its future relationship with China?

There is a book on my desk right now that predicted some of this: Kurata Tōru’s 2009 Chūgoku henkan go no Honkon (Hong Kong after the Handover to China). This book began even earlier as the author’s doctoral thesis, for which I served as a secondary reviewer, and which has since received wide academic acclaim. However, I did have one minor argument with the author in connection to his subtitle: “Chīsana reisen” to ikkoku niseido no tenkai (A “Small-Scale Cold War” and the Policy of One Country, Two Systems). At the time, I commented that from an international/structural viewpoint, as well as from an ideological one, the situation did not warrant the term “cold war,” especially given China’s globalization and economic reforms.

However, the author—now a Rikkyō University professor and specialist in Hong Kong politics—insisted on the term. Today, nearly 20 years after he presented his dissertation, the phrasing of US-China relations as a “cold war” has become commonplace, while Hong Kong is an even more intense hot spot. We must then respect the vision and intellect of the author, who recognized the frosty nature of Hong Kong–China relations twenty years ago, while considering how we should approach this new cold war.

Looking at shifts in China’s ties with Hong Kong since last year, it’s clear that the powerful central administration is taking the initiative and driving an increase in the speed of Hong Kong’s Sinicization. In more concrete terms, it’s clear that Beijing is no longer waiting for 2047 (until which the “one country, two systems” policy is to remain in place) to place Hong Kong under direct political control, leaving the territory as a Special Administrative Region in name only. Or, perhaps, a newly established People’s Government and People’s Congress for Hong Kong could be economically integrated into South China’s economic zone, which includes Shenzhen, Guangzhou, Zhuhai, and Macau, and positioned at the lead of China’s advanced regional economic community.

It seems obvious that Beijing would want to preserve and develop Hong Kong’s position as an international center for information, finance, and human resources even after such changes. If things do work out this way, then it could mean that everything is going according to the central government’s plan.

But will things go according to plan? I think it unlikely. Beijing must recognize that the overwhelming majority of Hong Kong’s people, as well as the public opinion and economic backing of the international community, will oppose such developments. Forcing the issue may indeed mean that China, which has experienced a long period of growth and development, has taken its first step on a path of decline.

The special benefits of Hong Kong have been, first, a guarantee of economic freedom; second, a highly active financial sector; and third, freedom of information. These three qualities made Hong Kong one of the primary drivers of China’s rapid economic rise. The “two systems” policy helped preserve the political freedom of Hong Kong’s English-style common law even as it imposed limits. As Beijing begins to implement more direct central control, though, it will inevitably drive international businesses out of Hong Kong, in turn surely dampening financial activity as well.

Growing US Support for Hong Kong

Beijing clearly wields the power in the relationship, and Hong Kong has no hope of standing up to the capital in any meaningful way. Even so, the territory’s people have successfully engaged in many large-scale demonstrations, including the 2014 Umbrella Movement, the rejection of the 2019 Hong Kong Extradition Bill, and the overwhelming victory of pro-democracy and localist candidates in the 2019 local elections. But the central government in Beijing, with its strong organizational and economic power, is a formidable foe indeed, which must be having a demoralizing effect on Hong Kongers.

On reflection, Beijing has slowly and surely been consolidating its control over Hong Kong ever since the 1997 reversion, and the territory’s people have developed a variety of resistance movements in response, displaying considerable creative use of popular wisdom. And the sparks struck in Hong Kong have been igniting flames outside of the region.

The United States was once a champion of global democracy and freedom, but under the current administration of President Donald Trump, we can no longer count on that. However, new moves to support Hong Kong are appearing with the involvement of both the US Congress and private organizations. Diplomatic action has grown increasingly prominent, and has included Congress passing the Hong Kong Human Rights and Democracy Act of 2019; a joint press conference between Speaker of the House Nancy Pelosi and three leaders of the Hong Kong democracy movements in September 2019; Vice President Mike Pence’s meeting with Anson Chan, formerly the number-two leader in Hong Kong, in March 2020; and in May 2020 Martin Lee, founder of Hong Kong’s Democratic Party, held joint press conferences with Secretary of State Mike Pompeo and with Speaker Pelosi. The United States has also shown strong opposition to a project that would connect Los Angeles to Hong Kong via a high-speed undersea cable connection, and has continued its technological decoupling from China, as seen in American pressure on its allies to exclude China’s Huawei from their next-generation wireless network rollouts.

In Taiwan, conventional wisdom says there are few real ties with Hong Kong, but the Umbrella Movement and Sunflower Student Movement have increased interaction between students and youth leaders. There is also a clear increase in journalistic cooperation and connections between civilian groups.

Nations like Australia, Britain, France, and Germany have also been fortifying their opposition to Chinese hegemony. In a June 22, 2020, video teleconference summit meeting between the EU and China, Europe expressed worries about the Hong Kong National Security Law, and pressed China to halt its adoption. This deflated China’s hopes of winning EU support in the face of an increasingly muscular US stance. In Japan, we have also seen an increase in cooperation by Diet members, intellectuals, and civic groups in moves to support their Hong Kong counterparts. It is likely that governmental and private organizations will grow even more active as time goes on.

Amid all this, what kind of choice can we hope for China to make? I believe that hardline, inflexible diplomacy is a foolish choice. Many will be unable to accept Hong Kong’s value being reduced to whatever it can contribute to the Communist Party of China. On the contrary, Hong Kong has thrived on its freedom and openness thus far, and its people of Hong Kong hope that the CPC could further contribute to that. Achieving this would surely go a long way to reducing anti-China sentiment in Hong Kong.

China’s current political leaders fail to have truly learned the dialectical development so valued by communists. However, when one is in a relationship with such an overwhelming balance of power, it is simply inappropriate to push political policies onto a partner through simple force. Dialectical development is a strategic consideration that carefully calculates how to engage opposition to one’s own will or activities in the creation of new relationships, putting forth a thesis, sparking an antithesis, and resulting in a synthesis.

From a dialectical perspective, the discussion should be about how to reformulate the “one country, two systems” framework so that it will win the support of the people of Hong Kong. If that discussion honestly considered the viewpoints of the territory’s people and officials, then perhaps it could produce some real results.

At heart, the current US-China conflict lacks any powerful ideological basis, and could be best be described as a battle over China’s push to become a new superpower. This conflict is actually quite different from the old US-Soviet Cold War on many fronts, including ideology, political and economic systems, and military deployment. If China could adjust its current initiatives—difficult as that might be—it could achieve a comfortable coexistence with the United States. The search for just such a path, in fact, is fundamentally connected to a rebirth of “one country, two systems” in Hong Kong.