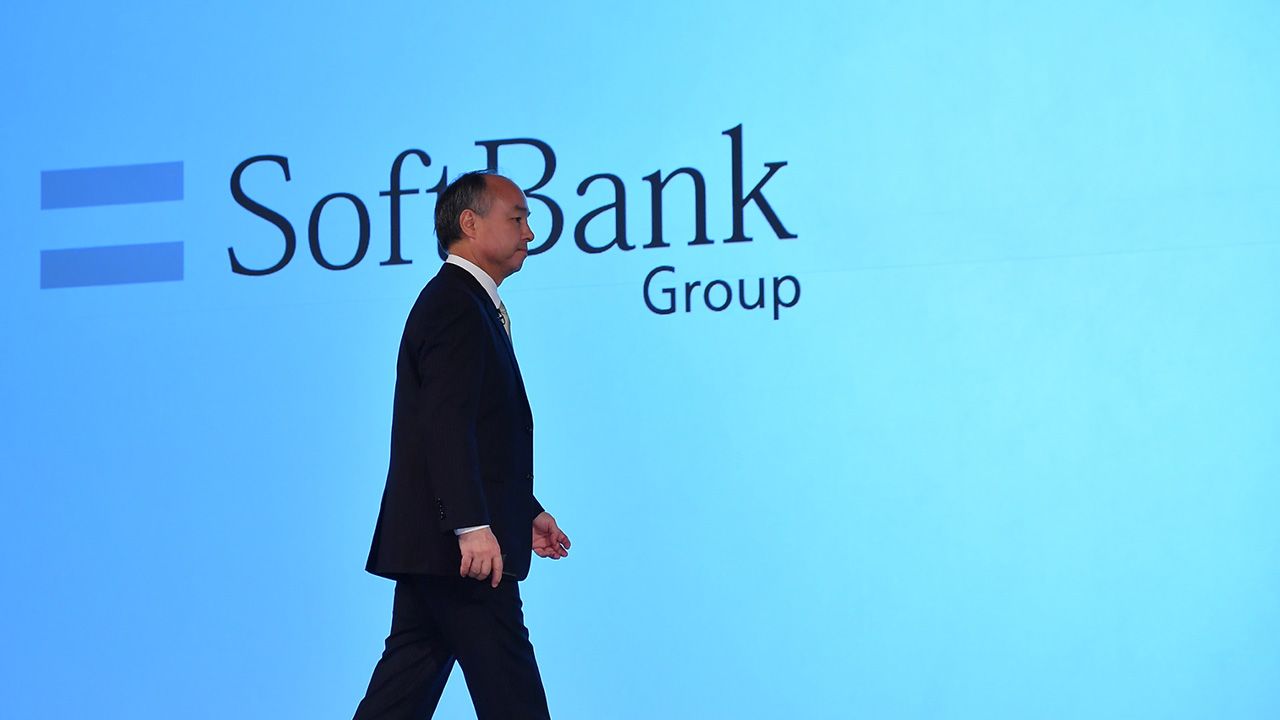 SoftBank Encounters the Limits of Its Growth Model

Economy Sep 9, 2020
The SoftBank Group reported an unprecedented operating loss of ¥1.37 trillion for the fiscal year ended March 2020. Few observers view this as a transitory worsening. Has the company’s growth model of financing major acquisitions and investments through huge amounts of debt reached a turning point?

A Growth Model with a Constant Unwinding Risk

The faltering of the SoftBank Group headed by Son Masayoshi became evident with the release of consolidated financial results for the fiscal year ended March 2020. Although SBG had grown immensely through bold acquisitions and investments in promising growth sectors, it now reported a loss from the poor performances of its subsidiaries and was forced to sell other stock holdings to offset this loss.

With the global recovery of share prices, SBG’s stock reached a record high for the year in July 2020. This does not mean, however, that the underlying risks threatening the group with bankruptcy have eased. A growth model of financing growth through debt is ever at risk of unwinding.

At the general meeting of shareholders held in Tokyo on June 25, 2020, Son sought to squelch management uncertainties by highlighting shareholder value as an important indicator even as he acknowledged a consolidated operating loss of ¥1.37 trillion for the fiscal year ended March 2020, the largest loss recorded since the company’s founding. Shareholder value is a measure determined by subtracting nonconsolidated net interest-bearing debt from the value of SBG’s stock holdings.

Turning to a graph, Son indicated that shareholder value of ¥21.7 trillion as of March 31, 2020, had risen to ¥23.3 trillion as of the day before the general meeting. He noted that it had increased since the third quarter of fiscal 2019, prior to the COVID-19 pandemic, and declared that the momentary plunge of share prices represented an overreaction.

The confident performance of Son, who turned the business he launched by himself into the giant investment company SBG, together with the reduction of debt by ¥4.5 trillion through the sale of T-Mobile stock in fiscal 2019 and the purchase of a maximum of ¥2.5 trillion in treasury stock, enabled SBG’s shares to reach a yearly high in July 2020, rebounding from a yearly low of ¥2,610 in March.

A Risky Dependence on Alibaba

SBG’s management situation, however, has not improved as dramatically as might be suggested by the increase of its stock price. Analyzing the graph presented at the general meeting, the value of SBG’s stock holdings rose ¥2 trillion from ¥28 trillion at March-end to ¥30 trillion at June-end. Nearly all of this increase stemmed from the value of the stock of Alibaba Group Holding held by SBG, which rose from ¥14.2 trillion to ¥16.2 trillion.

During this same period, the value of SBG’s holdings of SoftBank stock (a telecoms company) declined by ¥300 billion, that of Arm stock (a British semiconductor design company) by ¥100 billion, and that of the SoftBank Vision Fund (an investment fund company) by ¥100 billion. While the value of the stock of T-Mobile US held by SBG, the company to which SBG-owned Sprint was merged in April, climbed by ¥400 billion, SBG is planning to sell two-thirds of its 25% stake in T-Mobile.

In other words, SBG’s shareholder value is currently dependent on Alibaba stock. As if the market has factored this situation, the market capitalization of SBG was only ¥13.1 trillion as of the market close on July 10. This is less than the value of Alibaba stock held by SBG. So as to reduce its debt burden, SBG was compelled to sell part of the Alibaba stock it depends on (¥1.25 trillion).

Despite this situation, Son maintains that shareholder value should take precedence over current profit since SBG is both an exchange-listed company and an investment company. This view is similar to the one held by the late Nakauchi Isao, founder of the Daiei supermarket chain that went bankrupt, another corporate leader who prioritized sales over profits. Nakauchi held that sales cures all. Daiei grew by leveraging the unrealized gains on the land purchased in opening stores to finance the opening of more stores. While stocks and land are different forms of investment, though, they share the same weakness. The growth achieved begins to unwind when an up cycle transitions to a down cycle.

A more serious issue is the failure of Son’s judgment as the reason for SBG’s current dependence on Alibaba stock. This is illustrated by SBG’s involvement in the We Company, which manages the shared workspace company WeWork. The We Company’s initial public offering was to be the lodestar of the Vision Fund, with ¥10 trillion in investment funds. The release of the IPO prospectus in September 2019, however, brought to light the shaky foundations of the We Company. The IPO was halted, and Adam Neumann, the cofounder, was forced out. As cash flow worsened, the We Company ran into management difficulties. This led SBG to write down the fair value (the price at which an asset is exchanged or debt is settled between willing participants with knowledge of the transaction based on transaction terms agreed to between independent third parties) of the We Company stock it holds to $2.9 billion (about ¥310 billion), which reduced shareholder value. 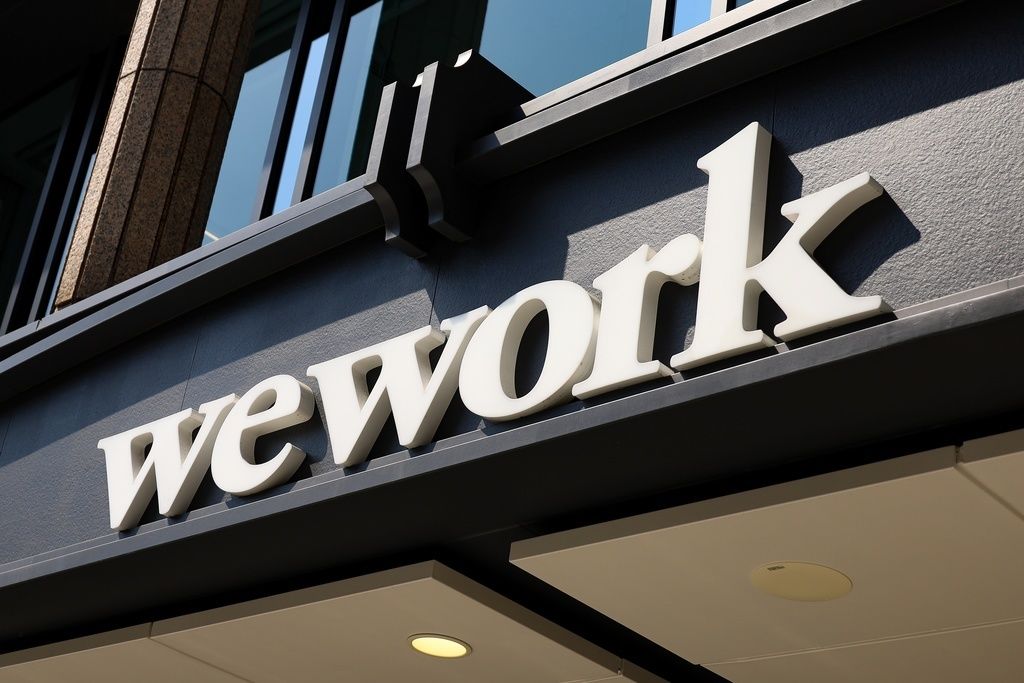 While SBG had invested about ¥1 trillion in the We Company, it was caught off guard by the level of the management figures in the prospectus. Currently, the fair value of the We Company is less than one-third of the value of SBG’s investment.

At the 2020 general meeting, Son disclosed that he decided to invest in the We Company against internal opposition and that he has the greatest responsibility.

Beginning of the End of the Son Myth?

In other developments, the COVID-19 pandemic has undercut the business of the ride-hailing company Uber Technologies, and SBG has written down the fair value of the company’s stock in its portfolio. Moreover, the satellite communications company OneWeb filed for Chapter 11 bankruptcy protection in March 2020 before its business became operational. While investment funds are bound to have their hits and misses, SBG’s failed investment in the We Company is a blow that marks the beginning of the end of the myth about Son’s judgment.

Son Masayoshi gained his reputation as a picker of winners with his investment in Alibaba, an investment that continues to support SBG. He is reported to have decided to invest $20 million in Alibaba in 2000 after a 10-minute conversation with Jack Ma, the Chinese giant’s founder.

Alibaba’s stock was listed on the New York Stock Exchange in September 2014 and the firm achieved a market capitalization of ¥25 trillion. SoftBank, with a stake of about 30% in Alibaba, booked unrecorded gains of about ¥8 trillion, a 4,000-fold investment effect.

Unlike its investment in Alibaba, SBG’s investment in the We Company represented a sizable investment in a relatively mature company that would soon be listing its stock, rather than the discovery soon after its launch of an unlisted company with an eventual “unicorn” valuation of $1 billion or more. A huge financial burden was the outcome.

The investment in Alibaba was a matter of good fortune, and the failed investment in the We Company served to underscore concerns that Son would not be able to repeat his success with Alibaba.

Moreover, his decision to invest in the We Company against internal opposition highlighted the lack of proper governance at SBG.

Issues with governance are also seen with other investments, such as in the responses made to Wirecard, the German fintech company that went bankrupt.

In September 2019, Wirecard announced that it had formed a strategic partnership with SBG and that it would place €900 million (about ¥108 billion) in convertible bonds with an SBG subsidiary. The funds provided by SBG helped to shore up confidence in Wirecard, which was rumored to be having cash flow problems. However, the revelation in June that Wirecard could not account for €1.9 billion in cash on its books led the company to file for bankruptcy.

According to persons familiar with the deal, it was a subsidiary fund of SBG that acquired the convertible bonds. Investments were made by senior management, and SBG itself was not involved. Were private investments presented as a strategic partnership with SBG to give the impression that Wirecard had a new lease on life? If so, criticism that proper governance is lacking cannot be avoided.

SBG’s public relations department has stated that the partnership was with one of SBG’s group companies, that no further details can be provided, that SBG did not invest in the deal, and that there is no financial impact on the company.

Given how the decision was made to invest in the We Company, SBG is planning to increase the number of outside directors by two and to strengthen corporate governance in the current fiscal year. Such changes would mean pulling back from Son’s charismatic management. Son, however, has offered more than 40% of the SBG stock he owns as collateral to financial institutions, raising doubts about how effective these changes will be.

The faltering management of SBG has a simple explanation. Its cause is the excess liabilities, which were masked while stock prices were rising, being revealed when such prices fell. In the current fiscal year, SBG is pursuing a strategy of defensive management by reducing its debt burden. This also represents a correction to Son’s growth model of leveraging debt to expand SBG’s assets.

(Originally written in Japanese. Banner photo: CEO Son Masayoshi at a meeting on the SoftBank Group’s consolidated financial results for the period of April to December 2019. © Sankei Shimbun.)