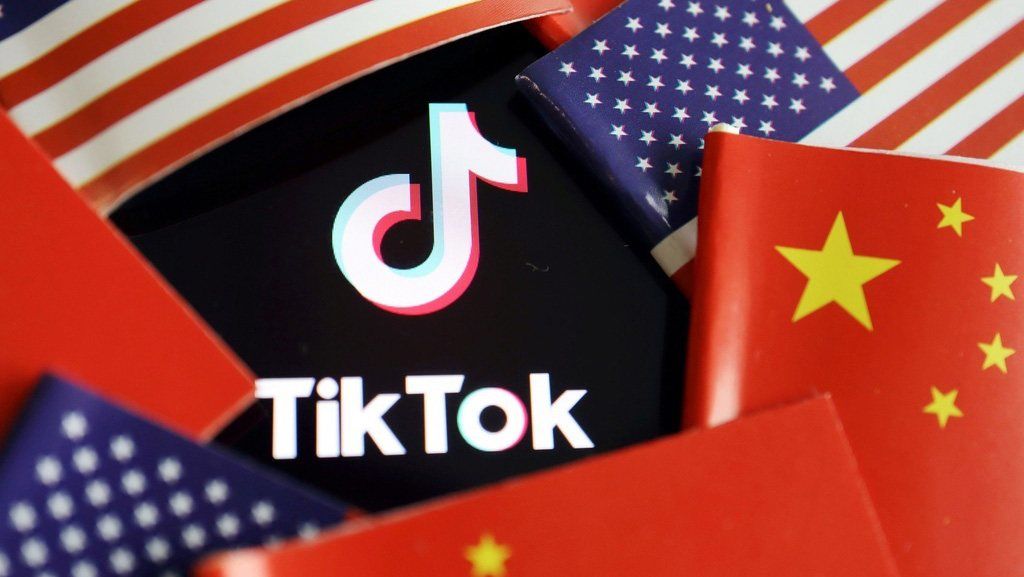 Politics World Oct 28, 2020
The United States is increasingly intent on decoupling its economy and its technology sector from China as part of the new cold war brewing between the two. The time has come for the rest of the world, including Japan, to consider how to survive the turmoil caused by the two superpowers’ agendas.

Up until the United States intensified its trade conflict with China in March 2018, there were indications of improvements in bilateral relations, including several rounds of compromise and agreements reached at the top levels of both administrations. However, the COVID-19 pandemic spreading out of China has hit the United States particularly hard, leading to the greatest losses of any nation in the world. This has sparked a powerful backlash inside the United States, and with the approach of the November presidential election, the administration of Donald Trump has doubled down on its anti-China stance. US Secretary of State Mike Pompeo announced that the traditional paradigm of engagement with China has failed. In July, the administration closed the Chinese Consulate-General in Houston, Texas, describing it as a center for espionage and intellectual property theft. The Chinese government retaliated by closing the US Consulate-General in Chengdu, Sichuan. These actions then pushed the new cold war into overdrive.

After the collapse of the Soviet Union and the subsequent end of the Cold War international order, the United States took the initiative in globalizing markets, financial institutions, manufacturing, and high-tech production. This led to fast, large-scale financial and social coupling with China. In addition to financial and economic internationalization, a main focus of the new international order has become a global supply chain connecting raw material sourcing, manufacturing, and sales of products. The Asian financial crisis of 1997, and the global financial crisis of 2007–10 sparked by US subprime loan collapse, were both driven by this financial and economic coupling.

The concept of decoupling in US-China relations first arose in 2019, and reflects the United States’ strong awareness of a change in the technology landscape. New Chinese tech companies like Huawei, Alibaba, Tencent, and Baidu have disrupted the monopoly on cutting-edge telecom technology formerly held by US firms like Apple and Amazon, and continue to increase their international share. The administration views Huawei and its ability to offer low-cost 5G communications equipment in particular as security risk since it can easily be subverted by Chinese intelligence agencies. The United States has taken direct action on the tech front in response.

Toward a New Alliance Against China

As of August 2020, the United States has taken steps to ban Chinese firms from five key areas. First is App stores: TikTok, the most highly downloaded video app in the world, and apps from Tencent have been removed from US storefronts serving the Android and iOS platforms. Second, the US government has moved to deny Chinese smartphone manufacturers access to US-designed smartphone apps by preventing their pre-installation on Chinese-made handsets. Third is cloud services, where Alibaba and other Chinese firms have been banned from offering services in the US market. Fourth, the undersea telecom cabling market has been placed off-limits to cables and other tech with Chinese state involvement. And fifth, in the field of telecommunications, Chinese carriers have been banned from US networks.

These moves have not been limited to the United States. Britain, Canada, Australia, New Zealand, Japan, and India have undertaken similar measures. Secretary of State Pompeo has expressed hopes that 30 other nations, including South Korea and members of the EU, will join in.

US-China decoupling is also expanding beyond the high tech and communications fields, and is encompassing security and struggles to build regional spheres of influence. Secretary Pompeo has called for a new alliance of willing democratic nations to resist the Chinese Communist Party, and has been pushing European and Pacific nations to join together in an anti-China network. British Prime Minister Boris Johnson has cooperated on the issues of Chinese human rights and Huawei, announcing a ban on Chinese communication equipment to go into effect by 2027. France has called on China to preserve the “one country, two systems” policy with Hong Kong, agreeing to cooperate with the United States in COVID-19 pandemic countermeasures as well. On the other hand, Germany has been more reserved in its opposition to China, and has held back on a Huawei ban.

China has also come into conflict with the US freedom of navigation program as it has continued its program of building and fortifying artificial islands and deploying air and naval forces throughout the South China Sea. In July, Australia submitted a letter to UN Secretary-General António Guterres opposing China’s claims of sovereignty over the South China Sea, thus aligning itself with the United States. Chinese Coast Guard ships have also entered the waters around the Senkaku Islands in the East China Sea for 100 days in a row, forcing the Japan Coast Guard to mount an emergency response each time.

Japan has been increasing distance from China amid the intensifying US-China confrontation, and is gradually aligning itself with the United States. However, Japan should consider whether it is reasonable to follow the American lead now, even if it cannot be part of any international order with China at the head.

The first issue is that decoupling itself is premised on zero-sum game theory, and could weaken the current global balance, which is built on interdependence and non-zero-sum thinking. In a world filled with interdependent relationships, any structural decoupling could result in a new cold war structure. The real drive of the United States and other western nations is most likely a desire to win the high-tech arms race with China, thereby avoiding a new international order under Beijing’s control. At the same time, though, China remains a massive market that they do not want to lose.

Second is whether the United States will consistently follow through on its global anti-China strategy in the future. It is easy to imagine that the United States will resist stepping aside to allow China, which has already become a superpower, to take its place as world leader, and so will only increase its resistance. However, no matter how strongly it resists, every step Washington takes in opposition to China will end up sacrificing some of its own advantage. In his book Destined For War: Can America and China Escape Thucydides’s Trap? Graham Allison analyzes the conflict between the United States and China in terms of Sparta’s excessive caution toward Athens, which led to ancient Greece’s Peloponnesian War. He also speculates on means by which the two powers could avoid what seems an almost inevitable conflict.

My own analysis, however, leads me to believe that the United States’ stance will change subtly with the new administrative structure after the US presidential election, whether or not President Trump is replaced. The United States will likely not aim for absolute victory, but will rather search for a compromise that offers some benefit to China. In July, US Secretary of Defense Mark Esper indicated he plans to visit China within the year, and reiterated his commitment to “a constructive and results oriented relationship” with the country. On the manufacturing front, US electric car manufacturer Tesla posted profits of $104 million in the second quarter of fiscal 2020, despite the economic downturn of the pandemic. One of the key drivers behind those profits is the production and sales output from its new Tesla Giga Shanghai factory. This shows that while the United States and China may be in a trade war, there are still signs of cooperation between the two, though they are shrinking.

Third is the issue of how to understand China’s true strategy and intent. At the July meeting of the Chinese Communist Party Politburo, members agreed to begin formulating a basic strategy leading to 2035. This will probably include a more concrete approach to equalizing itself with the United States both economically and militarily. China’s main intent will most likely be to skillfully extend its global influence as it continues to show resolve in the face of increasing US aggression, while avoiding open conflict. Most recently, the conflict has been playing out in the field of AI. As Mercedes Ruehl of the Financial Times writes, despite climbing Sino-American tensions, China’s AI firms continue to “raise money, win overseas business, and see their share prices rise. . . . Their resilience further fuels the view that U.S. steps to isolate and contain China’s technological rise are only going to make Beijing more determined to become self-sufficient in key technologies.” And current US moves to keep foreign researchers out of its universities and companies, she notes, threaten to accelerate the trend toward Chinese supremacy in the AI research field.

Avoiding a Tug of War

How should Japan approach the current situation? It seems inevitable that it will enhance its cooperation with the United States and the West, considering the implications failure to do so would have for the country’s security and political organization. However, Japan has little hope of a long-term growth strategy if it breaks ties with China. The Xi Jinping administration is also eager to woo Japanese business. Currently, Beijing’s main intent is to build an independent supply chain that is resistant to US interference, and it has indicated that cooperation with Japan’s strong manufacturing industry is essential. The development of US-Chinese decoupling could result in serious damage to the economies and societies of nations caught in the middle. What can be done to avoid becoming the rope in an international tug of war?

A hegemonic conflict between the United States and China is unavoidable, but the rest of the world cannot allow that to reshape the international order into a new cold war structure. Japan should coordinate with other democratic nations and reinforce its ties with them, including for defense, while avoiding any overt signs of enmity toward China so that it can forge robust ties on both economic and social fronts. There are likely many people in the United States and in Europe who think the same. No one wants to be swept up in the two superpowers’ battle for leadership. Rather, the nations of the world would prefer to join together to face mounting global issues like the pandemic, natural disasters, and ecosystem collapse. What the world needs is a third power—a group of nations, regions, and peoples that can stand apart from the principles guiding the two superpowers.

(Originally published in Japanese. Banner photo: The US and Chinese flags superimposed over the logo of social media giant TikTok, whose owner ByteDance has been ordered to sell its US operations in order to remain in that market. © Reuters/Kyōdō.)