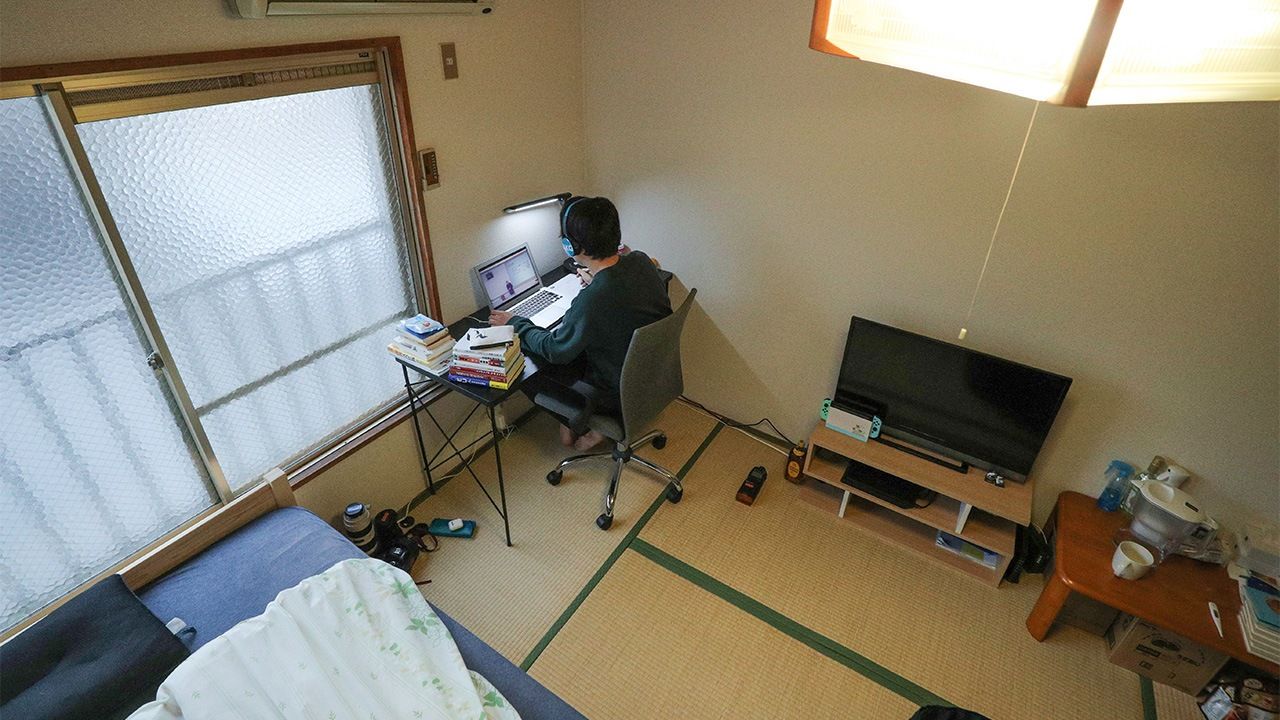 Longing for Face-to-Face Learning: A Classics Scholar on Pandemic-Era Education

Education Culture Science Society Health Dec 9, 2020
For 30 years, I have made my living by teaching, publishing, and lecturing on the Man’yōshū. But all of that changed abruptly early this year. The COVID-19 pandemic has forced university professors like me to turn to remote learning. With great difficulty, I have struggled to adapt to the new methods, longing for a return to the old.

The Perils of Screen Time

These days I conduct my classes sitting at my computer, staring at my own face and the faces of my students that appear in panes on the display. Some students are reluctant to show themselves out of fear that their images might be captured and tampered with or otherwise misused. We must respect these concerns. In such cases, I tell them to explain their chosen avatars to their partners. Some have even used teddy bear dolls in place of their own faces.

Like their students, university instructors face a similar predicament. We must speak with extreme caution, so that our video content does not wind up getting misused. For example, if I were to say that some established explanation or hypothesis now strikes us as ridiculous, my statement may get cut out of context and uploaded online. To avoid this, we must speak with extreme deliberation and care. Yet this caution tends to make online classes rigidly formal.

After six months of teaching remote-learning classes, I must confess that I miss interacting directly with my students. Scientists researching artificial intelligence all agree on this point: the more they pursue AI, the more they come to appreciate the vast complexity and sheer wonder of real humans.

The Essence of a Class Is Its Immediacy

Whether teaching ten students or a hundred, I like to look into the eyes of my students. From the gleam in their eyes I can discern whether they are listening intently or whether they are about to doze off, and I adjust my style of speaking to their reactions. In this mutual interaction is a kind of momentary competition that takes place between students and instructors. Put simply, the classroom atmosphere, is governed by something like an external deity; the instructor and students are engaged in interaction here that generates once-in-a-lifetime encounters. What good is a class if it doesn’t provide that feeling of immediacy?

A fine sushi chef will carefully calibrate the shari (rice amount) and the neta (fish size) according to how much sake or beer the customer has consumed. A high-class geigi, or geisha, will capture the heart of her patron through her initial words and contact. Such direct interaction is all the more important for yose geinin—entertainers—who nimbly adjust their performances to the responses of their audience.

When I was young, I had the following experience. The Man’yōshū—Japan’s first poetry collection, compiled in the eighth century—contains several interpretive conundrums that have long left experts divided. Some 40 years ago, I was attending a classical literature class taught by my esteemed onshi—my teacher to whom I am greatly indebted—when suddenly he grew lost in the interpretation of a certain waka poem. Standing at the chalkboard, he suddenly folded his arms and stopped moving. “Umm . . .” he stuttered, standing rooted to the spot, and said no more. All us students looked on helplessly, holding our breath. After all, this was the most prominent scholar in the field! I, too, felt as if I was about to suffocate.

What Makes an Onshi Unforgettable

Even now I can vividly recall the sad, tortured look on his face. I didn’t know that even great scholars like him could get lost in questions of interpretation. For the first time I had understood the profound depth of this thing called literary scholarship.

If such an incident had occurred today, he might have been blasted as not worth the title of professor; his blunder would not have gone over well in the era of slickly packaged online learning. And yet, in that classroom four decades ago, we beheld an instructor who was straining to think with his entire body, and we students found ourselves transfixed by his figure.

So what happened next? With a look of anguish, he apologized for no longer understanding the meaning of this particular problematic waka. Then, with a deep bow, he said he would be ending today’s session, and he left the room. The following week, the course content suddenly shifted, and for the next six months we dealt entirely with the interpretation of that intractable poem. Today, a professor who so much as strays briefly from the set syllabus is likely to get punished. We take our marching orders from the Ministry of Education, Culture, Sports, Science, and Technology, and we must carry out our classes in line with previously submitted and sanctioned lesson plans. Universities today are no more than government-subsidized institutions of the state.

In the Man’yōshū, the phenomenon of two body-detached souls coming together and uniting into one unified soul is called a tama-ai (魂逢ひ), literally a “soul/spirit-meeting.” By contrast, the direct encounter between a man and woman is called tada-ai (直逢い), a “direct meeting.” Poem 3,000, in Volume 12 of the Man’yōshū, is a waka that playfully contrasts these ideas:

When the souls of a man and woman unite
Their bodies will no doubt unite as well!
In the rice paddies and mountains deer and wild boars emerge
As if to monitor the lovers
Like a mother guarding her children, saying, “Oh my, what are they doing?”

Not surprisingly, the Man’yōbito—that is, the people and poets of the era of the Man’yōshū—believed that when it came to matters of romantic love, tada-ai “direct encounters” were far preferable to mere tama-ai, or the platonic meeting of souls!

Let me conclude with a disclaimer, which my more judicious readers will no doubt find unnecessary. In citing the above Man’yōshū poem, it is not my intent to condone any form of sexual harassment.