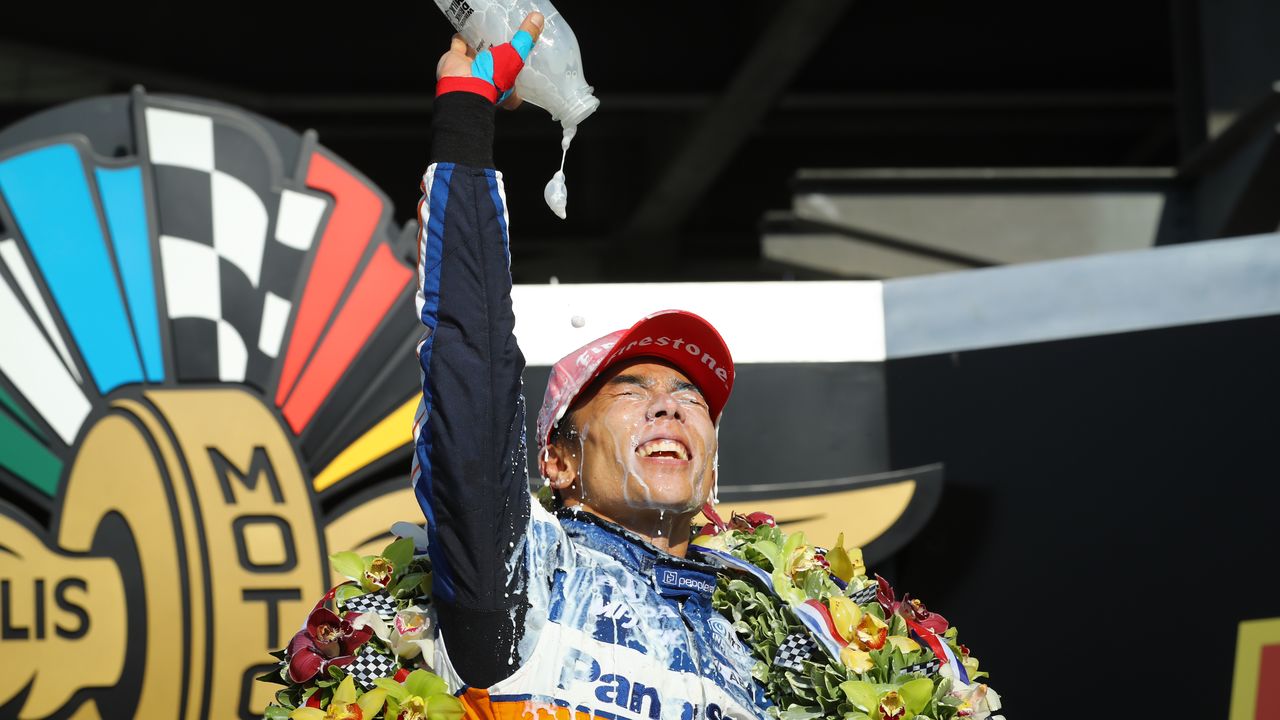 Sports Feb 8, 2021
In a pandemic-shortened 2020 motorsports season, IndyCar driver Satō Takuma claimed one of the most prestigious titles around, the Indianapolis 500. Matsumoto Hiroaki, a photographer who has followed Satō’s career for more than two decades, looks at how the veteran racer jockeyed his way to victory lane for a second time.

The pandemic disrupted the world of sports in unprecedented ways in 2020. Around the globe, the coronavirus forced events and entire seasons to be postponed, curtailed, or cancelled outright, including what promised to be the summer highlight, the Tokyo Olympics and Paralympics, now scheduled to take place later this year. Many of the contests that went ahead barred spectators, resulting in bizarre scenes of competitors battling it out in front of eerily silent stands.

The year in motorsports was no less tumultuous. Uncertainty plagued circuits in Japan and overseas, with race after race being scratched as COVID-19 cases spread. Amid the turmoil, though, Satō Takuma, who drives for Rahal Letterman Lanigan Racing, gave fans something to celebrate in August by winning the Indianapolis 500. It was Satō’s second trip to victory lane in the prestigious race, one-third of auto racing’s triple crown that includes the Formula 1 Monaco Grand Prix and the 24 Hours of Le Mans. He won his first title—and the first ever by a Japanese driver—with Andretti Autosports in 2017. 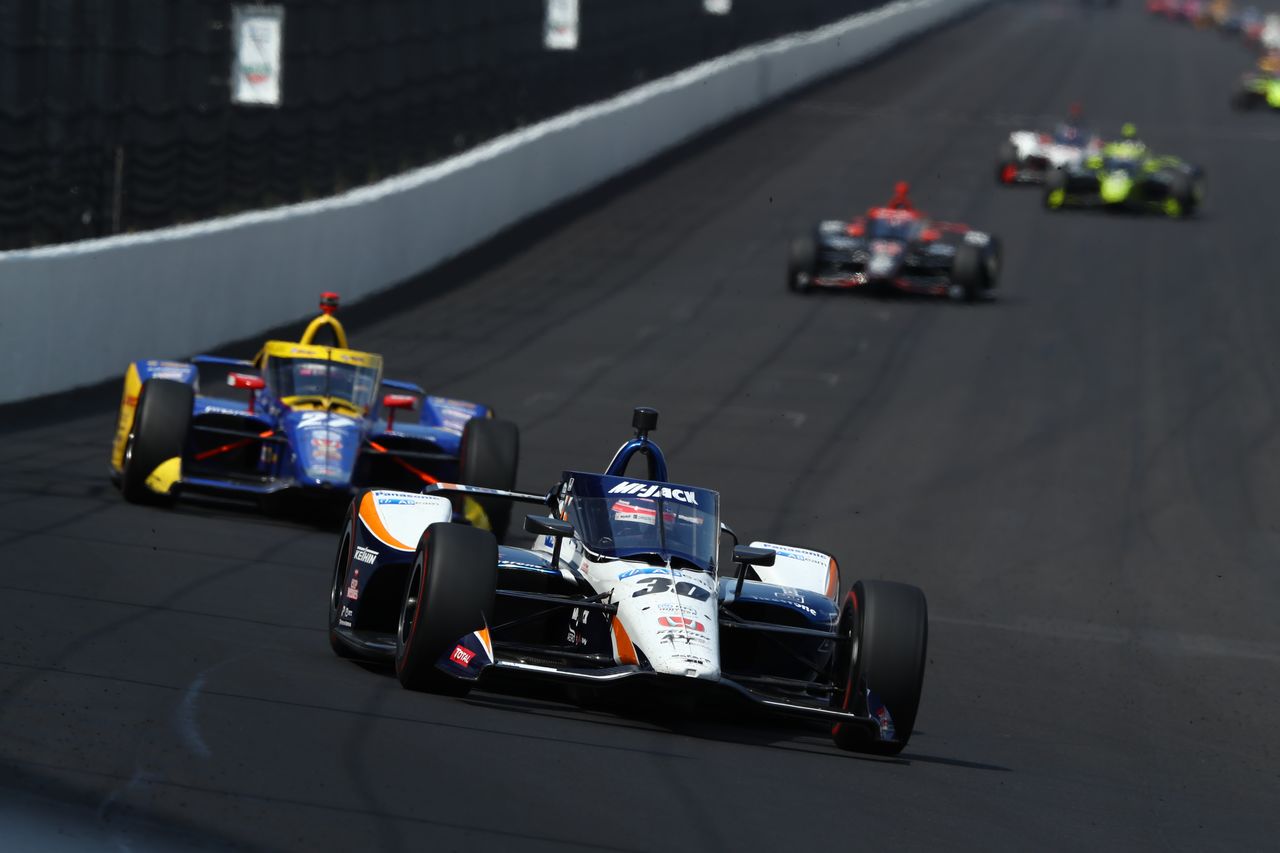 Satō, who first came to prominence as a Formula One driver, joined the US-based IndyCar racing series in 2010. While F1 titles eluded the Japanese speedster, he has had a fruitful decade on the North American circuit, standing atop the winner’s podium a total of six times, including his two Indy 500 wins. Well into his forties, though, Satō now ranks among the oldest drivers on the track. His latest Brickyard triumph, however, proves that the veteran is nowhere near ready to slow down.

The Tokyo native began his career at Honda’s famed Suzuka Circuit Racing School when he was 19, a relatively mature age in a sport where competitors commonly start out in kart racing as youngsters. In spite of his lack of experience behind the wheel, he excelled on the track, his drive to succeed and his racing prowess propelling him to the top of his class. After graduating from Suzuka, he chose to take his talents to Europe, making his professional debut in Britain in 1998.

It was around this time that I began following Satō, who carried himself with youthful confidence that could easily be mistaken for cockiness. I remember an early interview in which he nonchalantly announced his intention of winning on the international stage. Hearing his casual tone, I had to bite my tongue to keep from pointing out that no Japanese driver had ever won an event in hundreds of F1 starts. 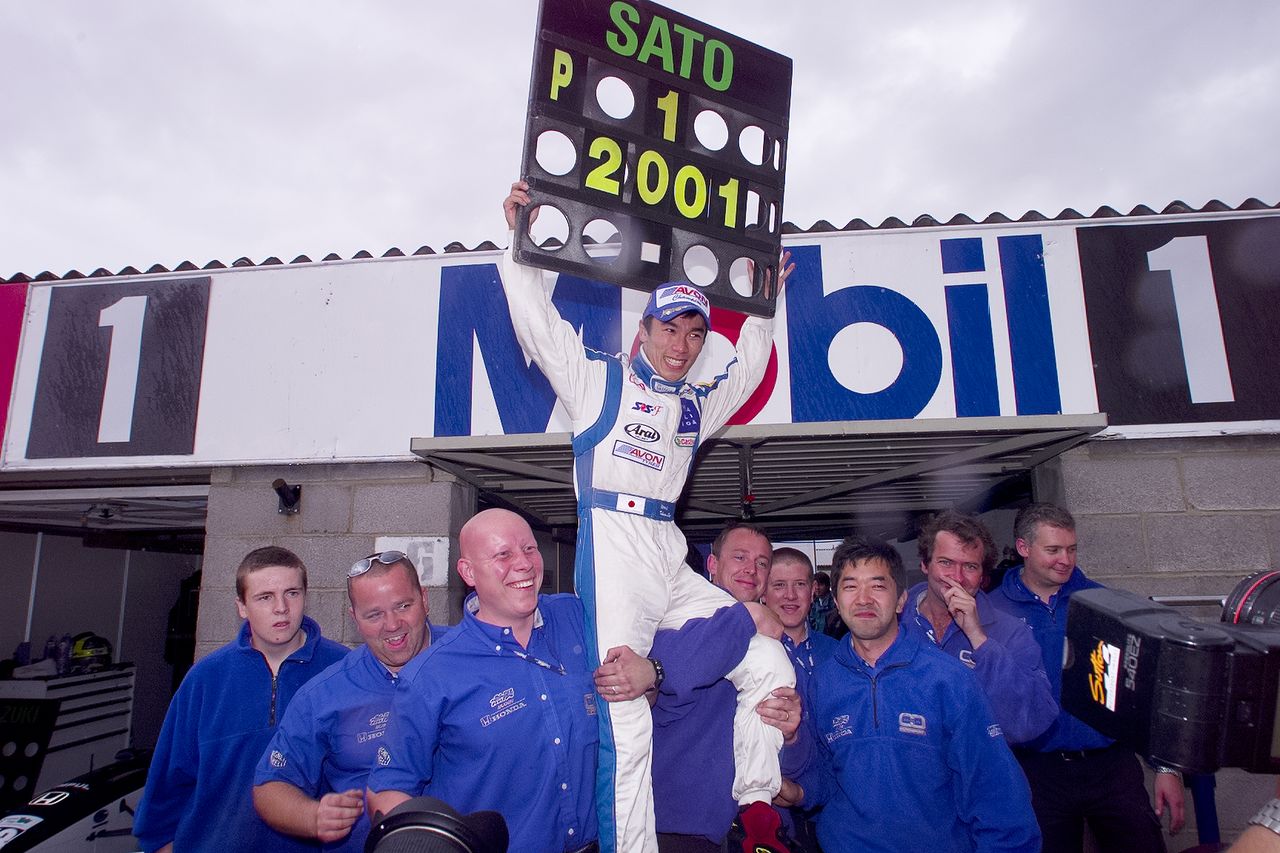 Satō rides on his crew’s shoulders after clinching the British Formula Three championship in 2001, setting the stage for his F1 debut the following year.

As I watched Satō, whose mantra is “no attack, no chance,” rack up victories on the lower tiers, my skepticism slowly gave way to mild expectation. In 2000, he snapped a 19-year title drought by Japanese drivers in British Formula Three, winning four races on his way to a third-place finish in the series. He bested his record the following season, claiming the championship with 12 wins and punching his ticket to the highest echelon of international racing.

In 2002, Satō made his F1 debut at the age of 25, driving a Honda-powered machine for team Jordan. He moved to BAR Honda the following season, and although he only saw action in the final race, the Japanese Grand Prix, he had a memorable duel with German superstar Michael Schumacher of Ferrari on his way to a thrilling sixth-place finish. The next year, 2004, saw him post a number of top-eight results, including taking third at the United States Grand Prix, his first podium finish. He ended the season in eighth place in the championship standings with 34 points.

Satō had a penchant for putting in impressive qualifying runs and could often be found battling for the lead, but his aggressive style—some characterized it as reckless—all too frequently ended in failure. An ill-timed charge or a misjudged line would culminate in a spin or race-ending collision, sending him to the paddocks early. 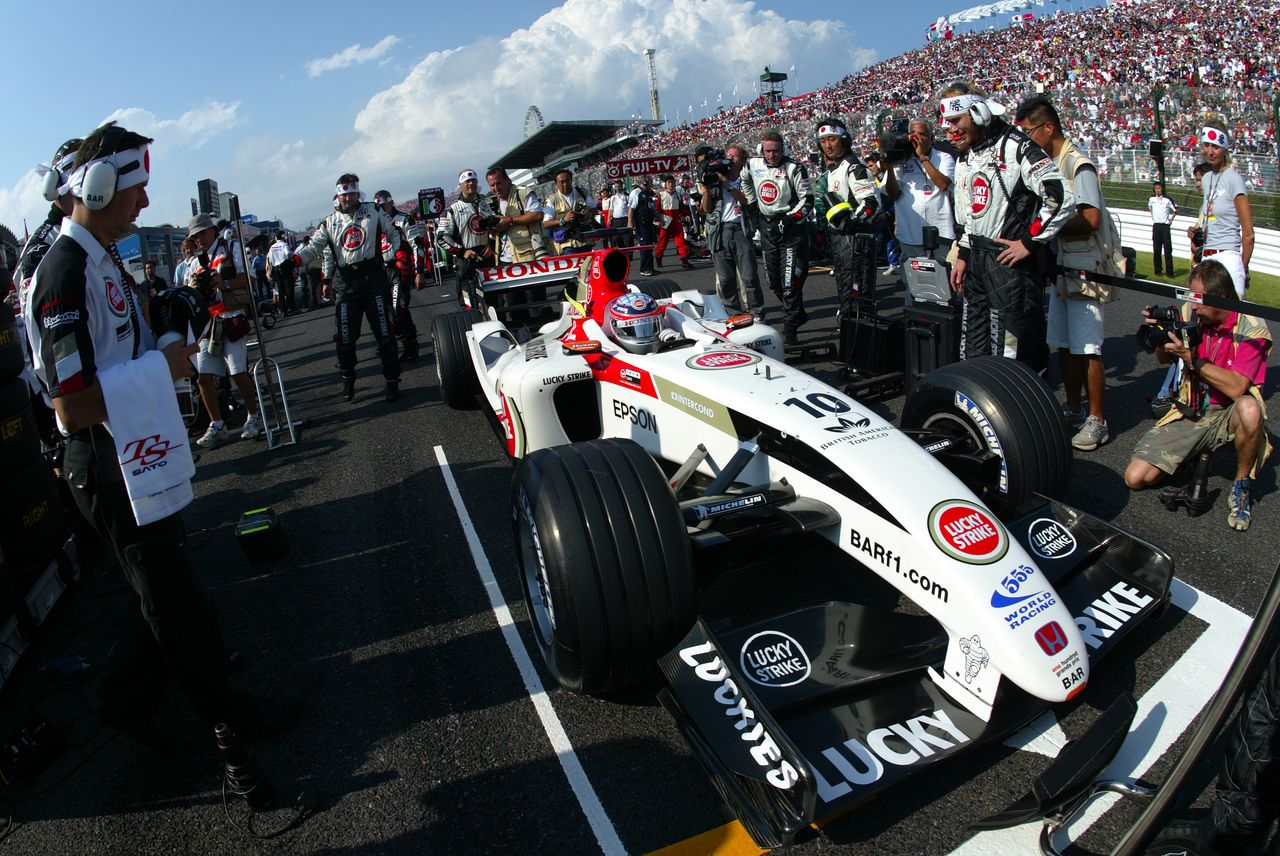 In 2006, Satō moved again, this time to Super Aguri, a team founded by retired Japanese F1 driver Suzuki Aguri as an attempt to build an all-Japan team from the ground up. He earned four points in a little over two seasons, which, considering the level of competition, was an impressive result for the newly formed, inexperienced squad. However, financial troubles forced the team to withdraw from F1 in 2008 after just four races, leaving Satō without a ride. He tested for Scuderia Toro Rosso, but failed to earn a spot on the team, effectively bringing his F1 career to a close.

Making it as an international driver is a perilous task, and as the F1 door closed, Satō weighed his options. Rather than wait for another opening, which seemed unlikely for a 33-year-old driver, he leveraged his skills and connections with sponsors like Honda and set off on a new career in the United States, signing to drive for KV Racing Technology in the 2010 IndyCar Series. 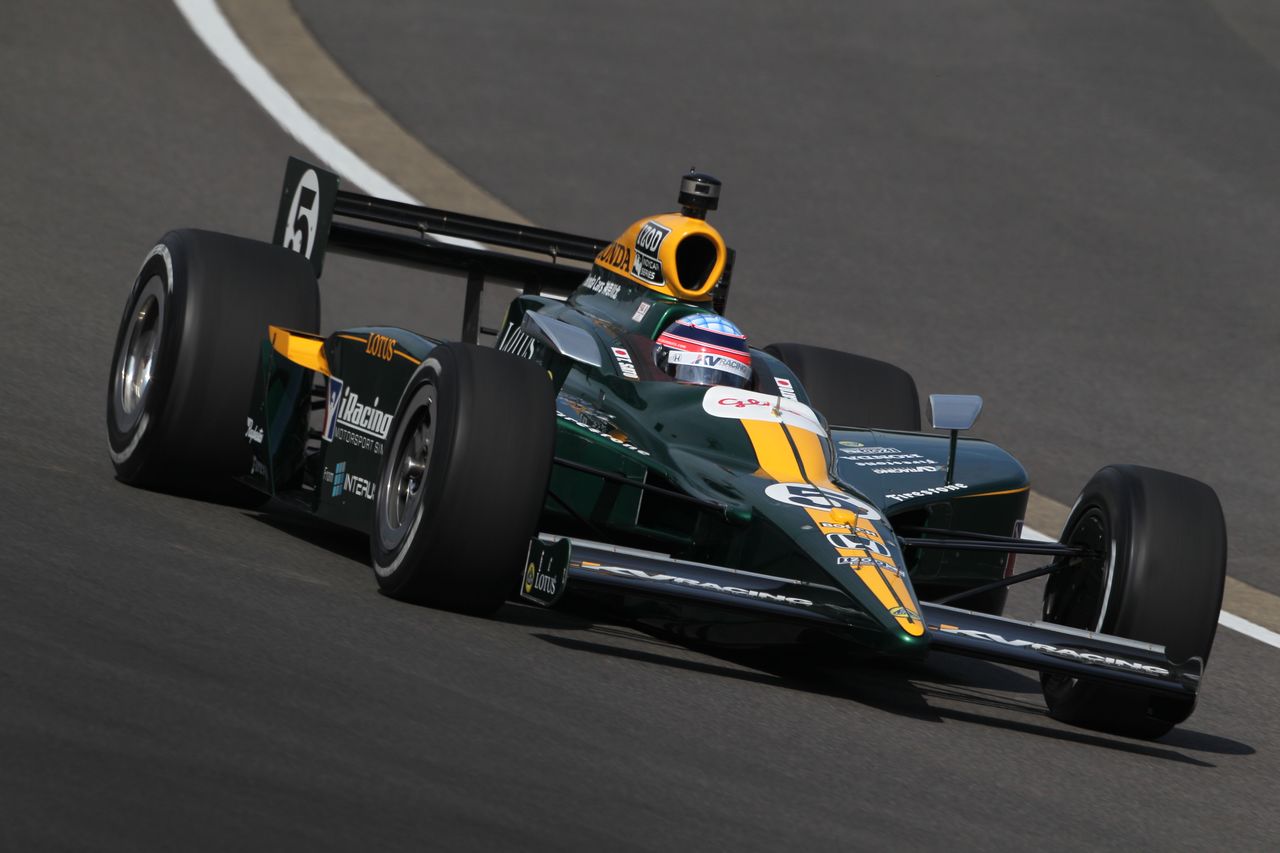 Satō in 2010 behind the wheel of his KV Racing machine.

With more than 90 F1 starts under his belt, Satō offered the team abundant race experience. Adjusting to the unique challenges of the American series, however, would take time. In his first season behind the wheel, Satō managed to finish just 8 of the 17 races he started. He fared better the next year, earning two pole positions and several top-10 finishes. But it was his first foray with Rahal Letterman Lanigan Racing in 2012 that won him fans when he nearly pulled off a stunning upset at the Indy 500. Heading into the first turn on the final lap of the race, he vied with Scotsman Dario Franchitti for the lead. However, his overly eager attempt to pass on the inside ended with him spinning into the wall.

Satō earned his inaugural win in the 2013 season, his third on the IndyCar circuit and first driving for A. J. Foyt Enterprises, when he took the checkered flag at the Grand Prix of Long Beach. His next trip to victory lane came several years later at the iconic Indianapolis Motor Speedway in 2017. In a hard-fought race, Satō showed he had learned from his 2012 mistakes at the Brickyard by deftly jockeying into first with five laps remaining. He managed to hold his lead against a tenacious charge by Brazilian driver Hélio Castroneves to claim the title. 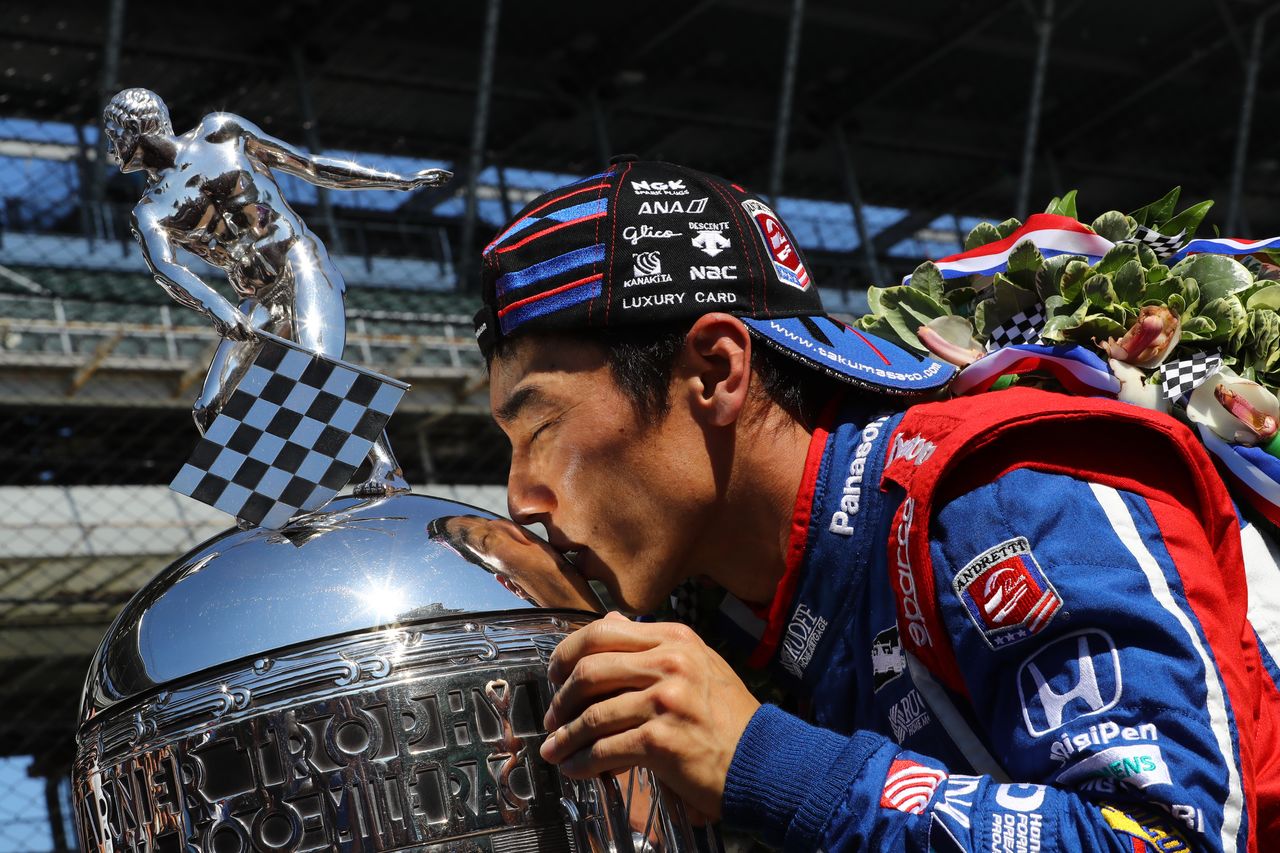 Satō kisses the Indy 500 championship trophy following his win in 2017.

The Pieces Fall into Place

The 40-year-old’s 2017 Indy 500 victory was a culmination of years of hard work adjusting his driving style and strategy to match the demands of the race. He refined these different components to near perfection in 2020, all but flawlessly managing his fuel, tire changes, and driving strategies to capture the lead and hold it to the finish line. 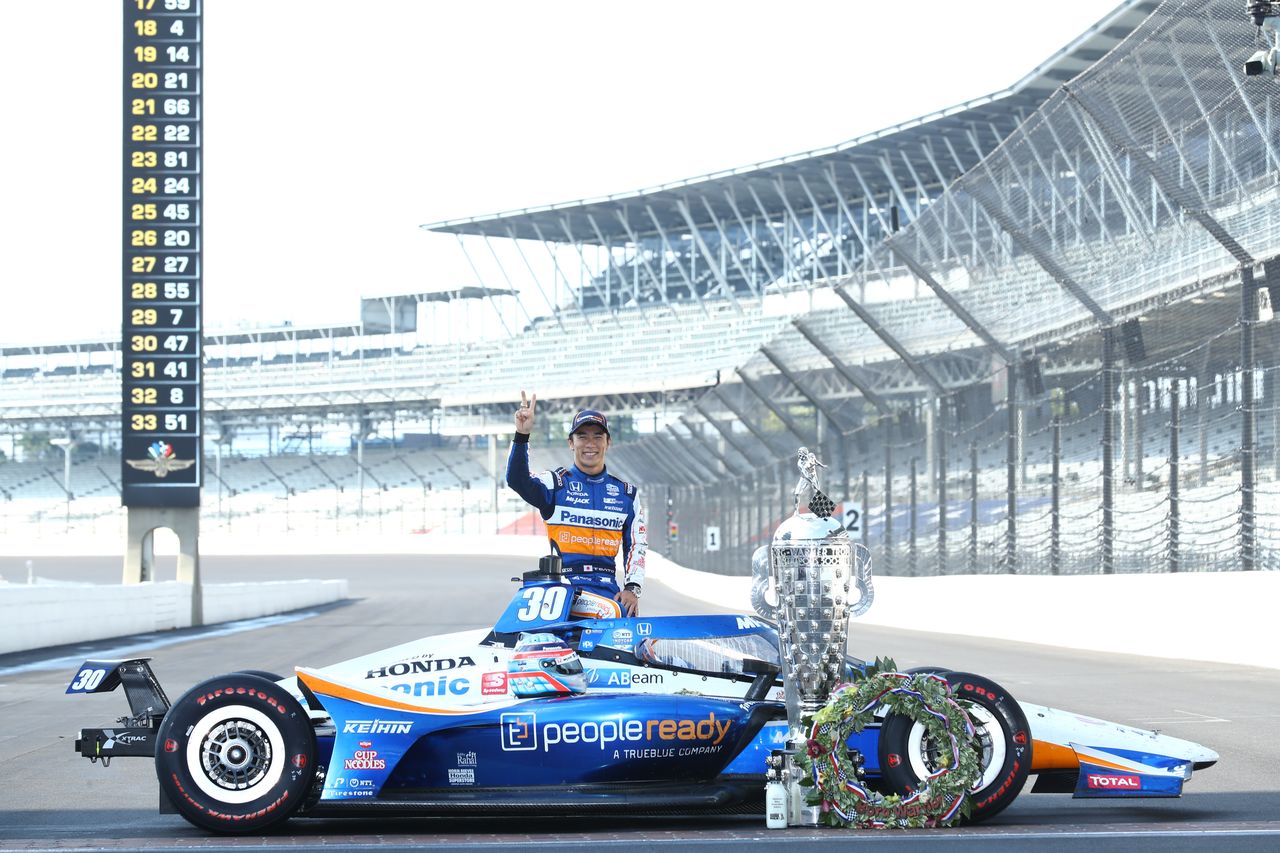 Satō poses with his car next to the Borg-Warner Trophy presented to the winner of the Indianapolis 500. The cup bears the likenesses of the victor of the 104 races held to date, and Satō has become one of just 20 to appear there more than once.

Satō remained at the front of the pack throughout the race, passing New Zealander Scott Dixon to take the lead for the first time with a little less than a quarter of the contest remaining. The two drivers swapped positions, but Satō surged into the front again with less than 30 laps to go. Dixon kept up the pressure, but a crash brought out the yellow flag with five laps left, allowing Satō, who was purportedly running on fumes, to coast to victory under caution. After the race, Dixon hinted that he could have won if they had been racing under green flag conditions as Satō’s fuel would likely not have held out.

When I asked Satō about this, he brushed it aside, confidently asserting to me that “the color of the flag didn’t matter. I calculated my fuel and had enough in the tank to outrun Dixon even if it had been an all-out sprint to the finish.”

Victory brings with it bragging rights, but Satō turned in a complete performance throughout the race. Even before he took the lead, he and his crew had finely tuned their strategy to maximize everything from fuel to tires to defensive and offensive lines. Nothing was left to chance.

Satō will remain with RLL Racing for the 2021 season and fans are hoping that at 44 he will keep up his winning ways at the Brickyard, including in a few years surpassing the great Al Unser, who in 1987 at the age of 47 became the oldest Indy 500 winner. Maturing as a driver, Satō has learned to temper his “no attack, no chance” and is now poised to reach greater heights behind the wheel.

(Originally published in Japanese. Banner photo: Satō Takuma celebrates his win at the 104th Indianapolis 500 on August 23, 2020, by dousing himself with the bottle of milk traditionally awarded to the winner. All photos by the author.)