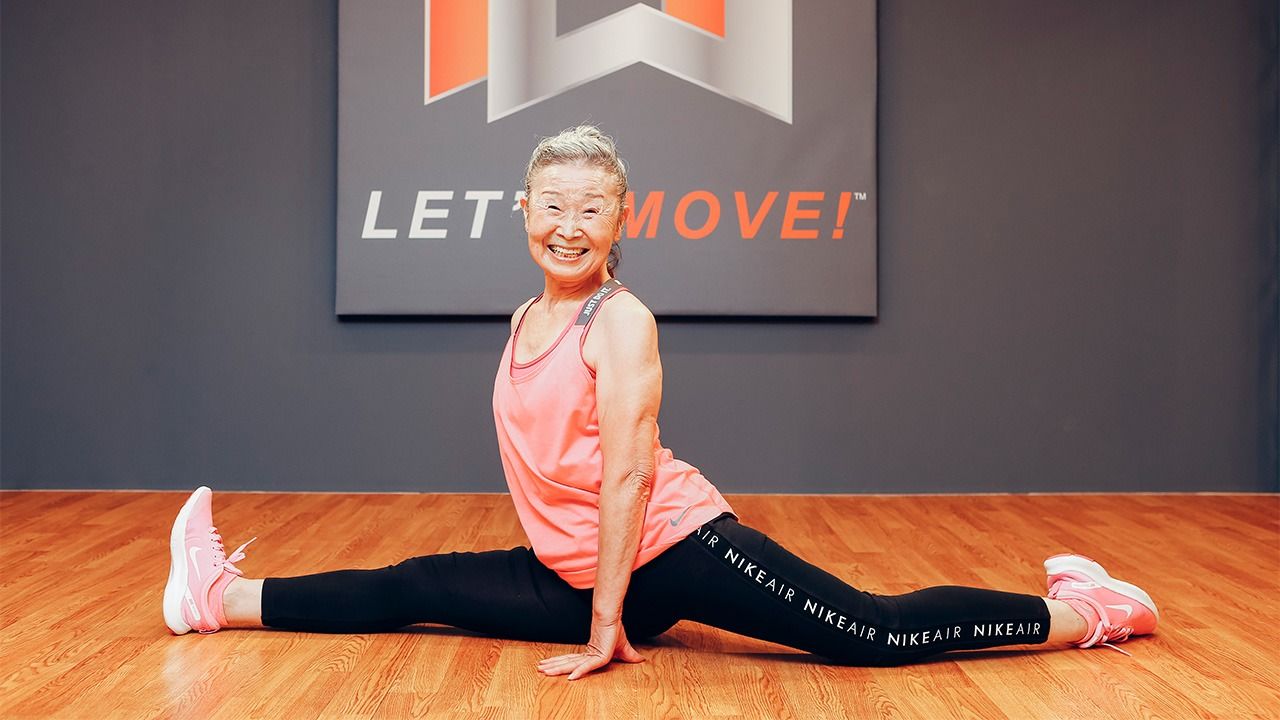 People Society Health Jan 20, 2021
Japan’s life expectancy is among the top in the world, as evidenced by the nation’s 80,000 centenarians. Older people are become increasingly active, too—people like Takishima Mika, or “Takimika,” a sprightly fitness instructor who celebrated her ninetieth birthday on January 15. In this article, Takishima shares the secrets of her vitality. 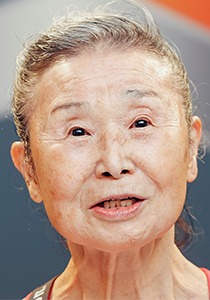 It was a throw-away comment by her husband that got Takishima Mika, then aged 65, interested in fitness.

“In those days I was more than just a little plump—my trouser size was twice what it is now. And yet, I stubbornly refused to admit that I was overweight. One day, however, my husband made a comment about my weight, and that was when I decided to join a gym,” says Takishima.

A fulltime housewife, “Takimika” had never exercised before in her life, but immediately caught the fitness bug, successfully losing 15 kilograms in the following five years.

While Takishima had more than achieved her original goal of losing weight, she continued to take gym classes, embarking on training to tone her core with a personal trainer at the age of 79. Back then, Takishima never guessed that eight years later, her trainer would make her an offer she could not refuse.

“You take the lesson today.”

Out of the blue, Nakasawa Tomoharu, Takishima’s trainer and the owner and managing director of Power Aging, the gym where she trains, made Takishima an instructor.

“Every inch of Takishima’s body exudes a love of training. She’s a great speaker too. The more I worked with her, the more I felt that it was a waste to have her come here only as a pupil, which is why I half forced her to take the role of fitness instructor. Takishima resisted initially, but her achievements have exceeded our expectations,” Nakasawa recalls. 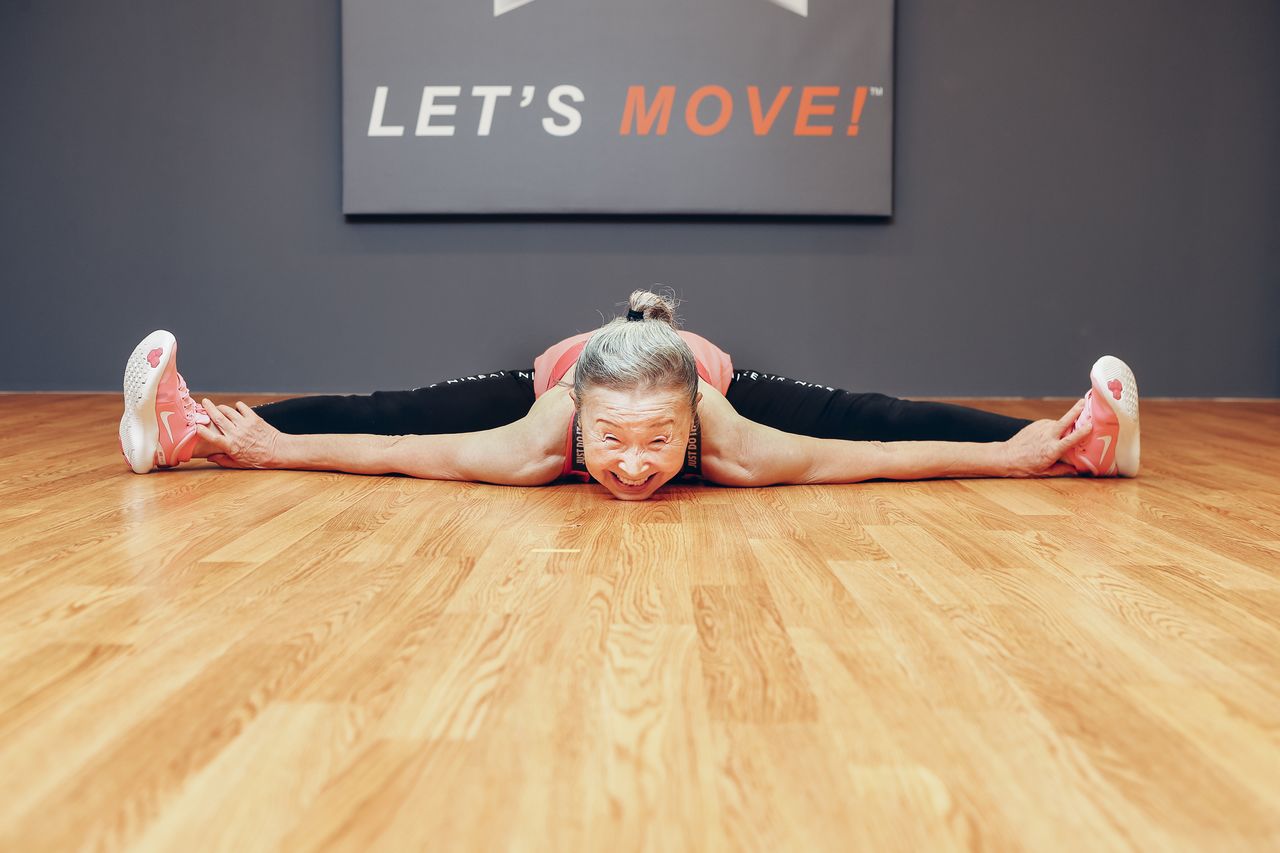 Due to the coronavirus pandemic, Takishima’s schedule is currently limited to one 60-minute online class a month, in which she teaches a group of 20 men and women in their forties, fifties, and sixties aerobics and core training routines she designed herself. Her extraordinarily youthful looks make her advice all the more persuasive, as her expressive face and voice steal the hearts of her pupils. 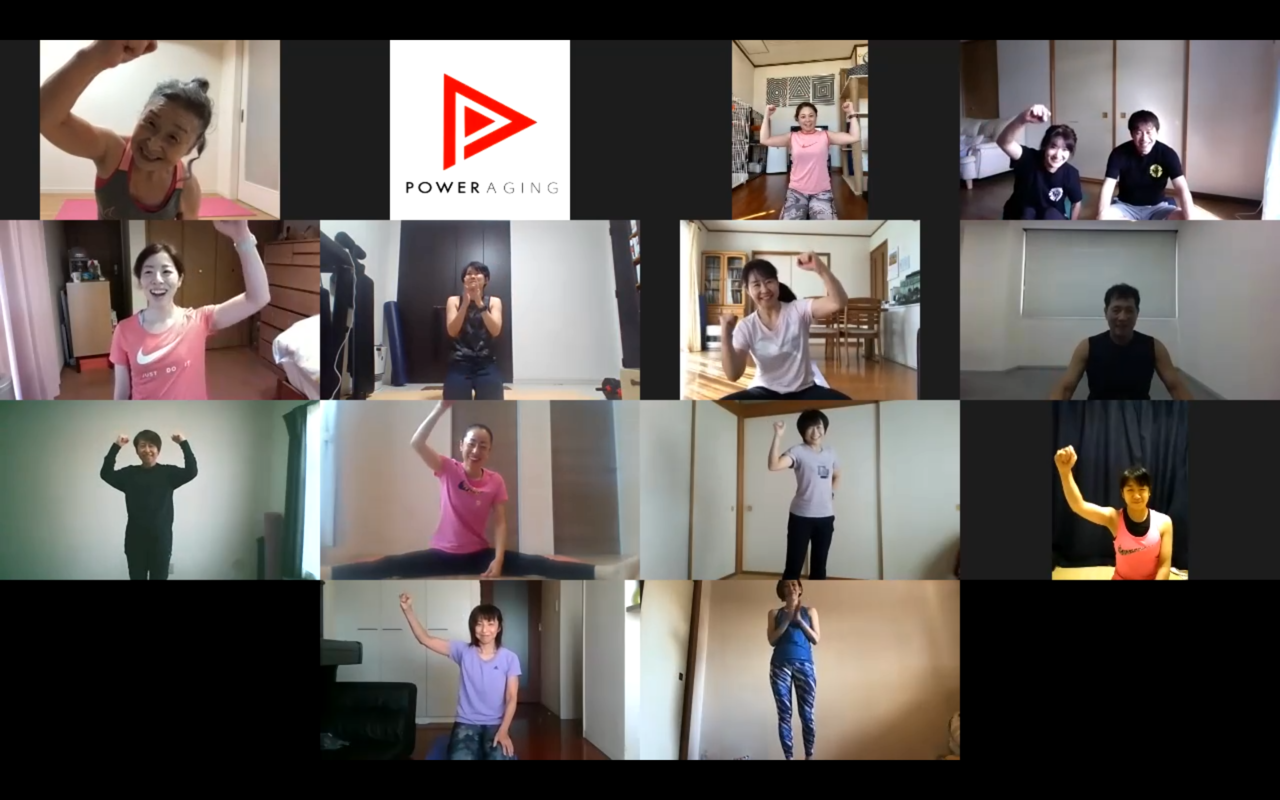 Takishima Mika (top left) and her pupils in an online lesson.

Takishima began exercising at 65 and eventually became a fitness instructor at 87. Her life embodies her philosophy that age is only a number. You are never too old to start anything, she says.

Takishima’s day is a busy one. Requiring only three or four hours of sleep, she goes to bed at 11:00 pm and wakes up just after 3:00 am. She gets up while it’s still dark to go walking and jogging.

“I leave home at around four in the morning, walk four kilometers, then jog another three. Finally, I walk a kilometer backwards. I do this every day, as long as it’s not raining. It takes around two hours, but it feels like it’s over in no time.”

Takishima has breakfast at just after 7:00 am, by which time she has had a good workout.

“I grill mackerel or salmon and have it with nattō, eggs, tofu, kimchi, and nukazuke pickles. I never skip my two packs of natto,” she says.

Following this well-balanced breakfast, full of protein and fermented foods, she does housework and occasionally some stretches. Even when watching TV, Takishima sits with her back perfectly straight and her abdomen pulled in. She even makes a point of walking around the house on tiptoe. But she isn’t forcing herself to do any of this—rather, Takishima was so pleased with the results of these exercises that they now come as second nature.

Takishima says she only has a light lunch. “I have a banana, followed by a probiotic Yakult drink. That’s all. I get sleepy if I overeat.”

This is all the lunch she needs, possibly because of her hearty breakfast, she notes. Her afternoon is time for an intense training session. This sometimes comprises a one-on-one lesson with Nakasawa, and sometimes involves Takishima taking an online lesson herself. Whether she has a lesson that day or not, Takishima does not put on music while she exercises, instead concentrating on her stretches followed by weight training. This daily session takes at least two hours, she says. 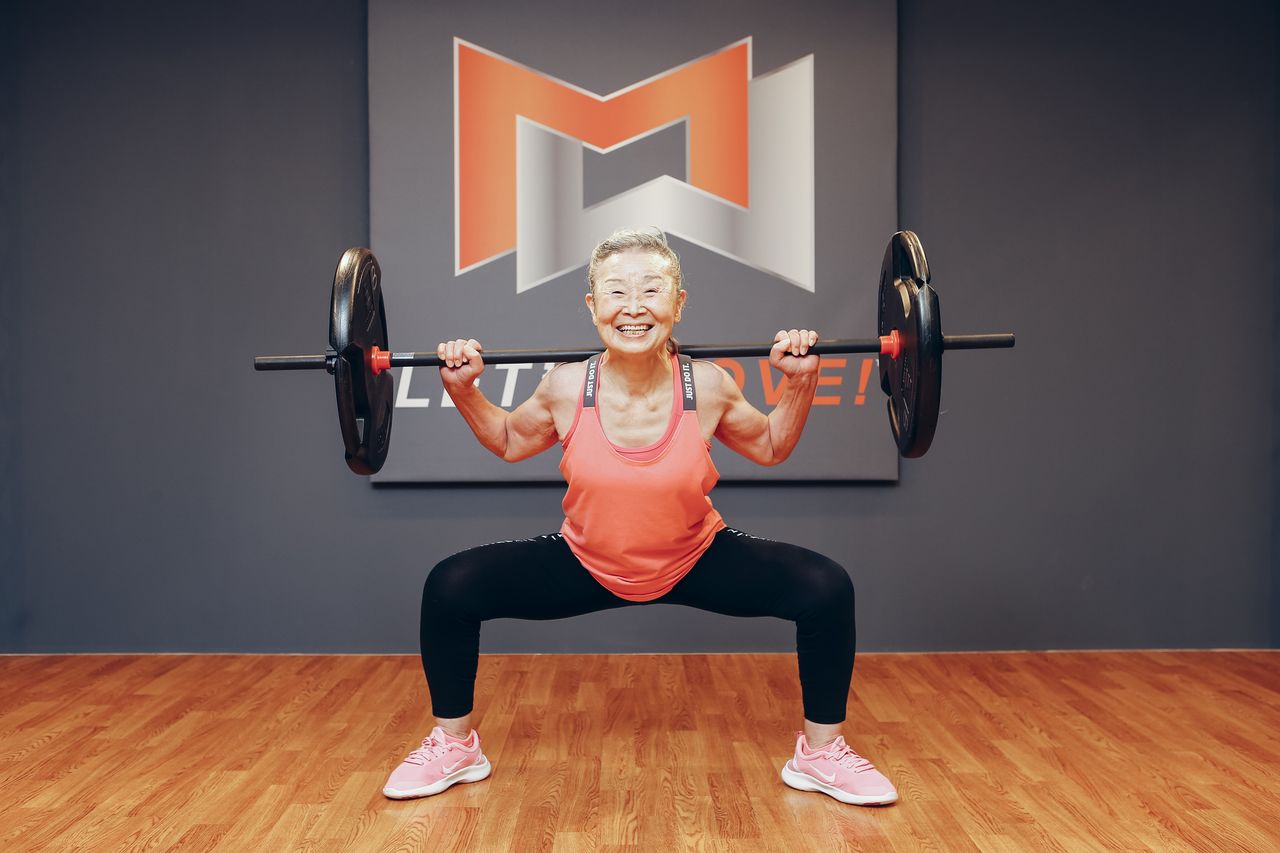 By dinnertime Takishima is ready to eat once more. She makes herself a hearty dinner, preceded by wine.

“I like both red and white wine. After my glasses of wine, I take my time to enjoy my dinner. I make chicken and vegetable soup a lot. I stew Chinese cabbage, mushrooms, potatoes, carrots, konnyaku, and the like until tender, then add the chicken. I like the flavorful juice you get from the vegetables. I love seasonal vegetables, too. In winter I add plenty of spring onion.”

Even since before she got into fitness, Takishima has always eaten three balanced meals a day and avoided artificial additives and preservatives. In other words, she does not impose any stringent dietary restrictions on herself, eating as much as she wants of what she likes.

“If I feel like cake, I have cake. Sometimes I decide to only eat half and save the rest for the following day. I end up eating at all, though.”

Takishima’s philosophy of following your instincts rather than depriving yourself does not stop with food. After dinner, she finally has time to herself, but spends hardly any of it lounging around. Rather, she works on the training exercises assigned by Nakasawa, hones her smartphone and computer skills, and takes classes to brush up her English.

Takishima says her lifestyle is not born from a sense of obligation, but from one sole motivation: the desire to make as many friends as possible from around the world.

“I only got into fitness because I wanted to lose weight. Once I had done that, however, I decided I wanted to have a nice tight bottom like a Brazilian woman. Then, once I had achieved that, I decided I wanted broad shoulders and a narrow waist. The next thing I knew, I was teaching aerobics classes. I never dreamed my life would play out like this.”

But Japan’s oldest fitness instructor does have one goal in mind. One day, Takishima received a message from someone who had seen one of her videos. The writer said she used to wish she was dead, but after seeing how healthy and happy Takishima was, her attitude changed, and now she lives her life positively.

“When I realized that what I was doing might help to reduce the number of recluses and old folk who die alone, I made it my goal to tour all forty-seven Japanese prefectures, putting on training demonstrations. People who attend my events don’t have to take part on the spot—if my demonstration inspires them, they will be motivated to get into fitness on their own. My goal is to get everyone fit and healthy and still be a fitness instructor when I’m a hundred years old.”

Some might dismiss this goal as impossible, but once you’ve seen Takishima’s carefree smile, the idea doesn’t seem so far-fetched. She herself is testament to the fact that age is only a number.