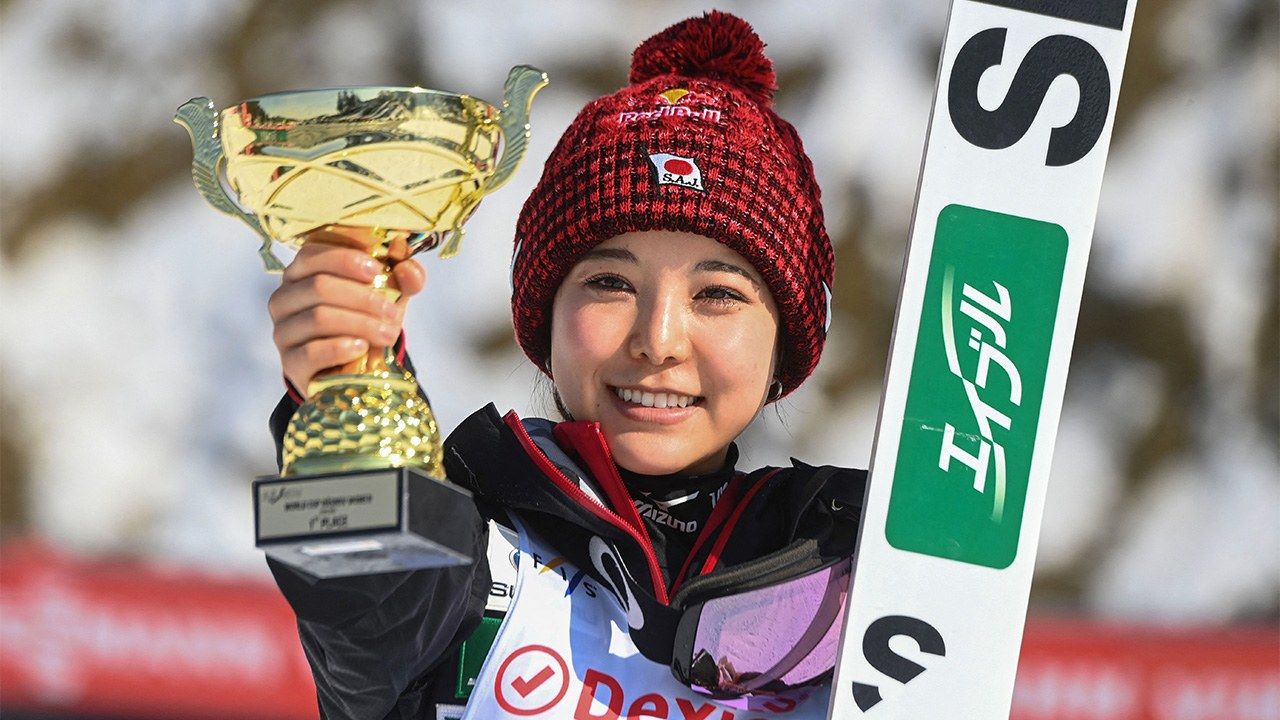 Sports Education Apr 16, 2021
Last winter, as the winter sports world looked forward to Beijing, ski jump competitor Takanashi Sara became the first athlete ever to achieve 60 World Cup victories, also taking two medals at the FIS Nordic World Ski Championships. An investigation of the true value of an athlete who has performed at the top of her game for a decade now.

Takanashi Sara won the bronze medal in the women’s normal hill jump event at the Nordic World Ski Championships in Oberstdorf, Germany on February 25, 2021. For Takanashi, who had been placed sixth in the previous Championships in 2019, it was her first opportunity in two championships to stand on the podium. But bronze was not what she was aiming for. Rather she had her sights set on the middle of the podium—a spot in which, despite competing in six competitions—she had yet to stand.

Takanashi’s serious expression appeared to convey frustration and impatience with her lack of gold. Unsatisfied with her result, she told reporters that words could not describe what she was feeling.

Part of Takanashi’s response to the result was due to her conviction that she had worked harder than anyone else, and her frustration at having been unable to perform accordingly. 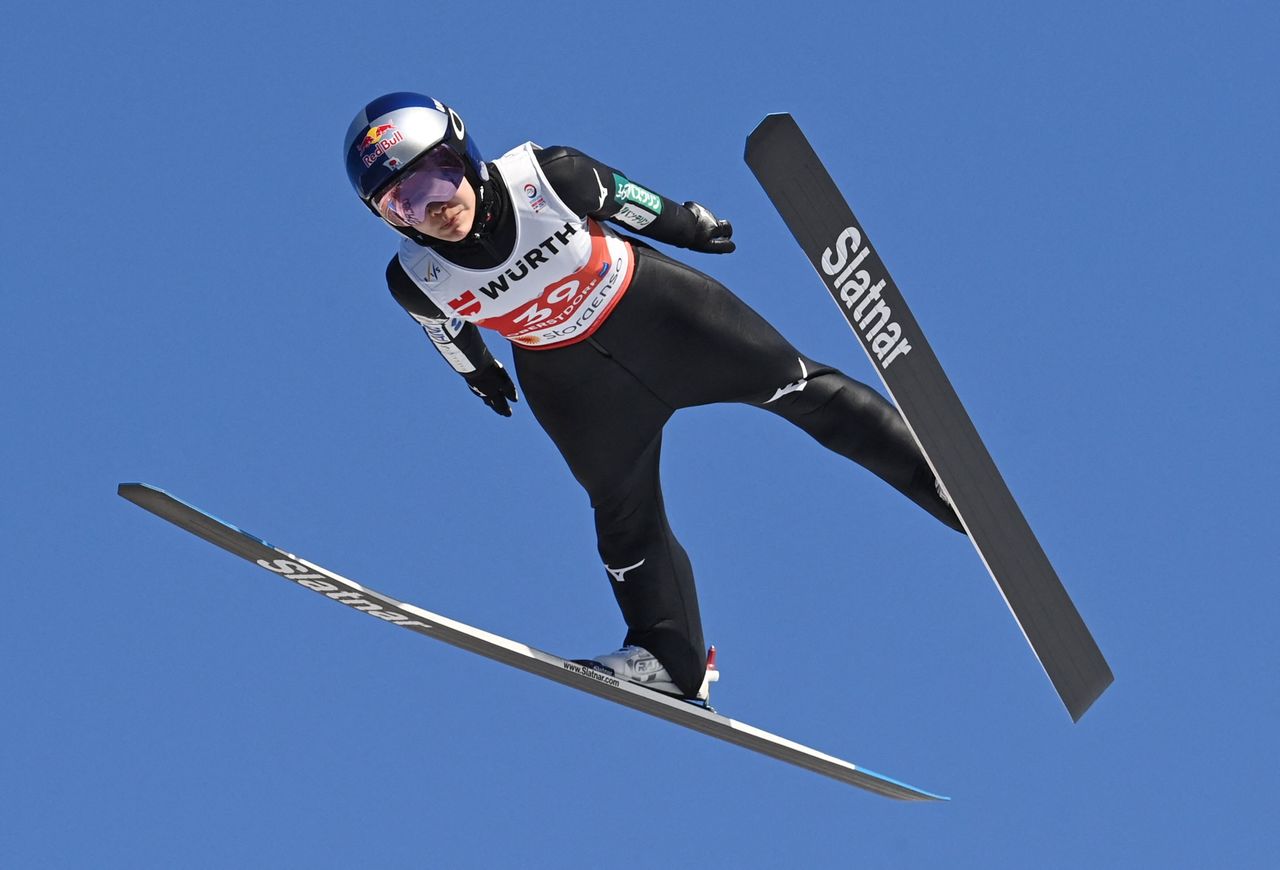 When Takanashi won bronze at her second Olympics, PyeongChang 2018, she spoke of her frustration at not coming in first. Since then, she has had her sights set on becoming the undisputed number-one female ski jumper in the world. Singularly focused on being the best, Takanashi said that she “wanted to start over from scratch,” and went back to square one to rethink her jumping form.

While all athletes share a dedication to their sport, the seriousness with which Takanashi takes the task places her ahead of the pack. She once described her approach by saying, “I want to make each and every jump count.” She has certainly lived up to that statement. The way that she will shake her head after completing a jump, or appear to be concentrating so hard that she is in her own world, is an eloquent testament to the fact that her concentration never wavers, be it at a championship or during training.

It is not only her own jumps that she makes count, however. Takanashi also watches other athletes intently during practice.

“To be the best that I can, I want to learn from, and take on board all of their good techniques,” she says.

Takanashi’s desire to excel and be the best she can be is not limited to sporting competition, either—she takes the same attitude to her studies. After finishing junior high school, Takanashi attended Grace Mountain International School in Asahikawa, Hokkaidō. Because Grace Mountain is not licensed by Japan’s Ministry of Education, Takanashi needed to pass a high-school diploma equivalence exam in order to be able to go on to higher education in Japan. Amazingly, she passed the exam a mere four months after starting Grace Mountain. To attain a university entrance academic level in such a short space of time, despite often being absent from school on sports tours, some of them overseas, is an extraordinary achievement.

In describing her approach to study, Takanashi says that on days when she was able to attend school, “I would take the first train at 5:30 am. I studied on my commute, so ended up studying for around eleven hours a day. Even when on tour, I would find time for study between training sessions.”

The Importance of Self-Growth

This is not the only anecdote about her approach to learning. In October 2020, she began a postgraduate course in social medicine at Hirosaki University. While that course focused on sports medicine research, Takanashi said she wanted to connect her research to her performance on the slopes.

One is also reminded of Takanashi’s reaction to placing fourth in the 2014 Sochi games. When she sat down to work out where she had gone wrong, she came to the conclusion that it was an issue of inner growth. That is, growing up in a sporting bubble, she lacked the skills and attributes required to function in society. Hearing medal winners talk about the importance of inner growth made her all the more conscious that it was something she lacked. To this end, Takanashi started doing ordinary things like going to restaurants, taking the train, and paying more attention to her clothing and appearance. While to most people calling these kind of gestures “inner growth” would seem over the top, this was all part of Takanashi’s belief that these kinds of changes would translate to results on the slopes. For her, every aspect of her everyday life was an opportunity to extend herself.

Indeed, to miss out on being world number one after having invested so much in her jump was frustrating. However, whatever Takanashi feels about her performance, others have started to see her differently. She has scored three victories in World Cup championships this season and broke her own world record for the most ski jumping victories by man or woman, winning praise from the major European sports outlet Eurosport as well as other international media.

The 60 victories under her belt are testament to the fact that, since first winning a title event in 2012, Takanashi has been at the top of her game for nearly 10 years. Powerhouses like Slovenia and Austria have studied and emulated her in-run posture and takeoff timing, which are optimized for the female body shape and musculature. Even now, despite her sport’s being rocked by the retirements of her contemporaries, Takanashi continues to compete at a world level and be respected internationally as a ski jumping pioneer. 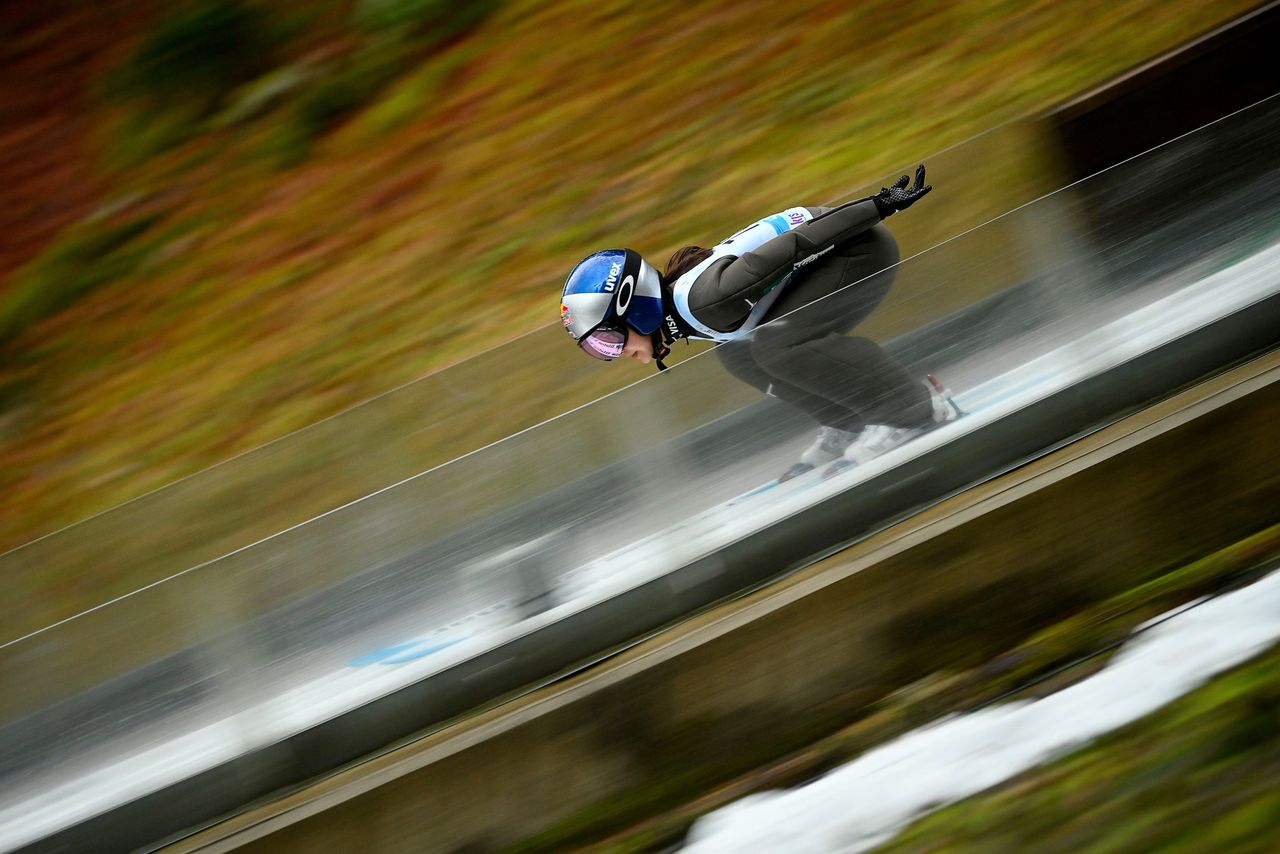 When asked why her diligence had yet to result in Olympic gold, Takanashi says, “If there is a ski jumping god, he is telling me to try harder.”

After all her years of self-improvement, Takanashi is still completely uncompromising, driven by the idea that she isn’t giving enough—that she has to work still harder. After competing in the large hill team event on March 3, Takanashi went on to win silver in the last event of the World Championships. While it was not the gold medal she had hoped for, on this day, her expression changed.

“Ever since PyeongChang, I’ve been trying to find my own jump through a process of trial and error. Now, I feel I’ve finally found it. . . . I was able to appreciate my potential and finish the tournament with a good jump.”

Takanashi has no intention of stopping now, either. Her sights are set firmly on the 2022 Beijing Olympics.

Born in Hokkaidō in 1996, Takanashi Sara began competing in ski jumping events at the age of eight. When she won the 2011 Ski Jumping Continental Cup at the age of 15, she became the youngest woman to win a ski jumping competition recognized by the International Ski Federation. In the 2012/13 season, Takanashi was the youngest individual ever to win the FIS World Cup outright. Takanashi was also placed fourth in the individual normal hill event in the 2014 Sochi games and won a bronze medal at the 2018 PyeongChang Olympics. As of March 17, 2021, she holds the world record for the most victories—60—by any ski jumper in a World Cup.

(Originally published in Japanese. Banner photo: Takanashi upon reaching her sixtieth victory at the World Championship in Râșnov, Romania, on February 19, 2021. © AFP/Jiji.)