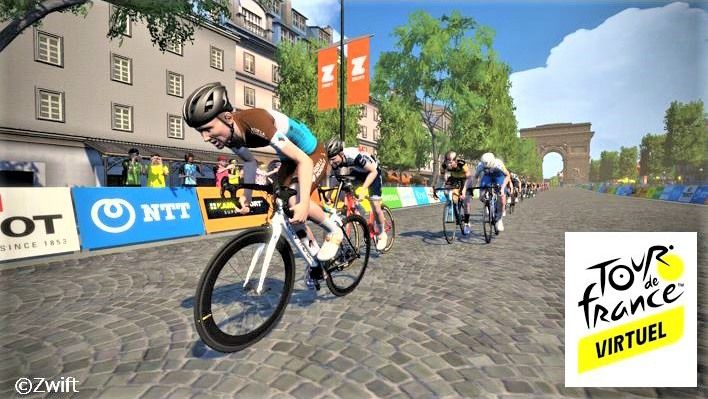 The Pros and Cons of a Virtual Olympics

Sports Science May 11, 2021
In March of this year, IOC President Thomas Bach proposed a new strategic roadmap to reform the Olympic Movement that surprisingly included consideration of virtual sports. Amid the ongoing COVID-19 pandemic, is holding a “virtual Olympics” realistic or a flight of fantasy?

Survival of the Olympics in the COVID-19 Era

Among the 15 recommendations set out in the proposal is one to “encourage the development of virtual sports and further engage with video gaming communities,” with the addition of physical virtual sports in the Olympic Program to be considered in cooperation with the different international federations.

The virtual sports described by the IOC are competitions where players’ physical movements are reflected in a virtual, online environment, as opposed to e-sports, where players pit their video gaming skills against rivals.

Since 2020, there has been a marked rise in online competitive events as athletes face pandemic-induced travel restrictions. A virtual version of the renowned Tour de France bike race and the world rowing virtual indoor championships were two such examples.

In these events, athletes competed at home or at local training facilities using stationary equipment to measure performances. Their efforts were matched online, and they raced the clock in a virtual environment while viewing a monitor. Both events attracted participation by world-class athletes. 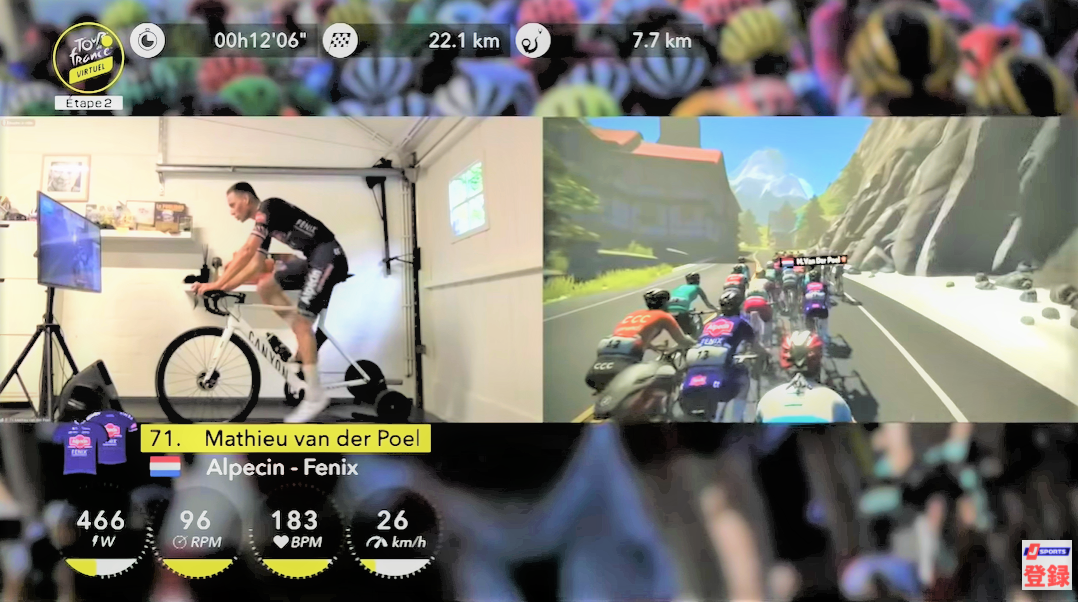 An image of the Virtual Tour de France from Japanese broadcaster J Sports. The race had six stages, including flat, hilly, and mountain components, and viewers around the globe were treated to data including speed, pedal rate, and rider heartrate.

The actual Tour de France was eventually held two months later, with organizers restricting spectator numbers at the start and finish lines and distributing masks along the route, along with other measures to combat COVID-19 transmission. With virtual competitions, however, such precautions are unnecessary as fans tune in at home, following the action on dedicated sporting channels or online. This partly explains the great interest these events have attracted.

It is unrealistic to put all sporting events on hold until the pandemic is completely under control, and there have been various initiatives to see what sports people can continue to enjoy.

Bach observed that, even after the coronavirus crisis ends, the social and economic repercussions of it will linger for some time to come and urged that the sports world be prepared for a new status quo. In this sense, the IOC’s embrace of new digital technology can be seen as an attempt to remain relevant and viable.

What Sports Can Be Held Virtually?

Not all sports are suited to virtual adaptation: combat sports and ball games are particularly difficult. Jūdō, wrestling, taekwondo, and boxing require physical contact between athletes—the antithesis of virtual sports. Similarly, it is hard to imagine how players of team sports like soccer, baseball, and basketball, all of which have popular video game renditions, could interact virtually.

On the other hand, golf can be simulated by displaying a virtual course for the golfer, who hits the ball into a net. But sophisticated software would be required to reproduce the interactive nature of competitions such as tennis, table tennis, and badminton.

Virtual adaptation is more conceivable for sports that are judged and scored. Gymnastics and rhythmic gymnastics would be comparatively easy to stage, with athletes performing at facilities in their home countries. Events could be scored by an international panel of judges connected online. Figure skating would also be viable if certain standards were established for ice rinks. Diving, archery, and shooting likewise would be possible.

Sports that are measured quantitatively can also be staged virtually. Remote athletics events have been held previously with athletes performing indoors, isolated from the influence of natural surroundings. All that is required is that each location controls interior temperature, humidity, and air resistance. Indoor swimming contests can also be held by ensuring similar air and water temperatures. Even a virtual triathlon is conceivable, with each event—running, swimming, and cycling—taking place indoors. Speed-skating is a Winter Olympics sport where standard conditions can also be set.

In sports where natural conditions influence the results, such as alpine and Nordic skiing, ski jump events, surfing, sailing, and marathons, holding virtual events may not be as straightforward. However, the success of the Virtual Tour de France, an event where climate and terrain are an integral part, suggests it is possible with the right technology.

It goes without saying that staging a virtual Olympics hinges upon the establishment of standards to ensure fairness and the development of suitable technology.

Downsizing and Other Benefits

In the last several decades, the world has battled to quell outbreaks of viruses like SARS, MERS, and Ebola. The COVID-19 pandemic is just the most recent reminder of the threat infectious diseases pose to our closely interconnected global society.

Five years ago, the Rio 2016 Summer Olympic Games saw top-level golfers withdraw from competition due to fear of the Zika virus. The IOC must remain vigilant against the “invisible enemy” of infectious disease.

The organization’s consideration to adopt virtual sports may be an acknowledgment of this. However, it also offers the IOC a chance to address some of the challenges that have accompanied the recent expansion of the Olympics.

With virtual competitions, host cities would no longer need to construct large sports facilities and other infrastructure. Athletes would be spared the burden of travelling long distances and stay in their own homes rather than cooped up in hotels or other accommodations. Events could be held without the complex logistics of moving hordes of spectators in and out of venues, and the thousands of international media representatives who cover competitions could work online. The absence of large crowds would reduce the risk of a large-scale terrorist attacks, diminishing the need for large teams of security personnel and volunteers.

Can We Conserve Olympic Values and the Humanity of Sport?

The final test of the viability of a virtual Olympics is its acceptability to the general public and the degree of popularity that remote sports can achieve. Sports experienced through a monitor may be perceived as too impersonal. This begs the question of whether people will feel a connection with athletes who compete online.

During the Cold War, state-sponsored doping by countries like the former-East Germany reduced athletes to little more than machines trained to win gold medals. The loss of the humanity of competitors is the worst end-game for sports and something that virtual competitions must avoid at all costs.

Finally, the gathering of people from around the world and their interaction helps to promote world peace, which is one of the Olympic ideals. Is this also achievable with virtual sports, though? These are key questions posed by the idea of a virtual Olympics. The IOC should enthusiastically embrace new technologies adapted to modern needs while also carefully considering the pros and cons of any new approach.