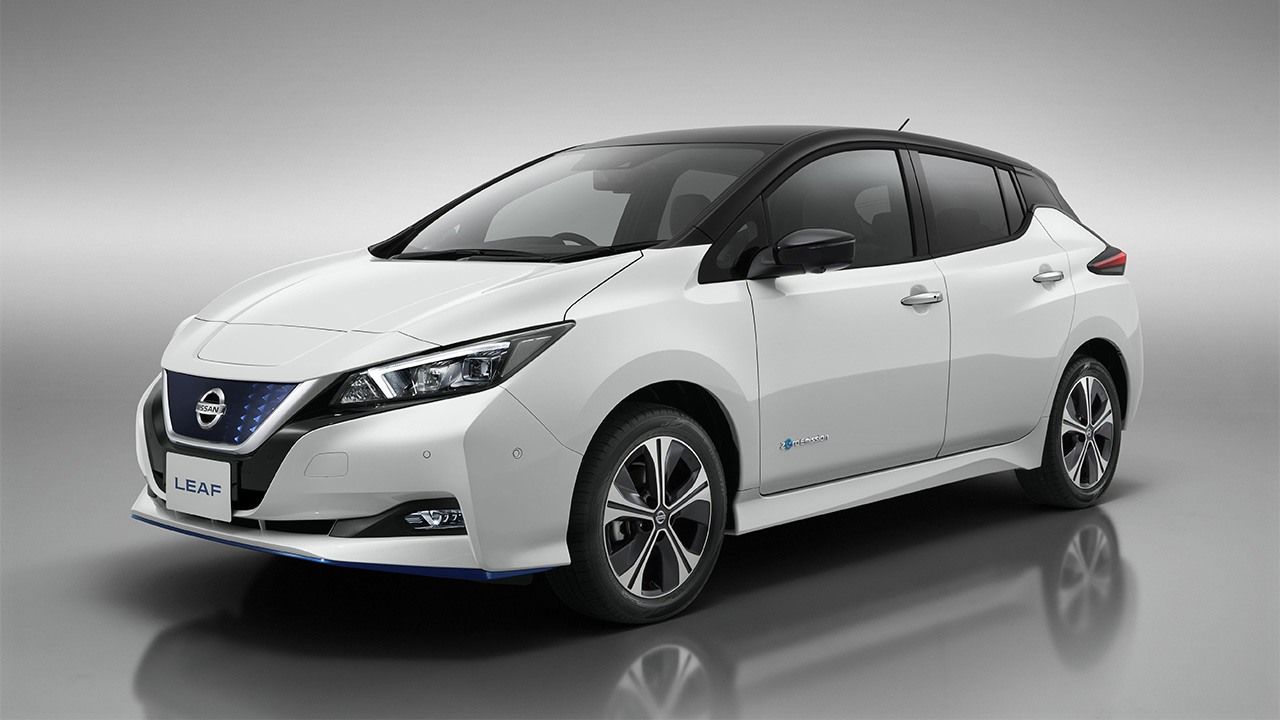 Can Japan’s Automakers Succeed in the EV Market?

Economy Technology Environment Jul 21, 2021
The global auto industry is in the grips of a once-in-a-century revolution, as cars swap their internal-combustion engines for electric motors. Despite sluggish vehicle sales in Japan, the electric vehicle market is growing steadily in China and the West, as the ranks of EV manufacturers are joined by Tesla and Chinese tech giants. With so many manufacturers vying for a piece of the action, are Japan’s automakers too late to carve a meaningful slice out of the market?

As the global electric vehicle market continues its rapid growth, the relative ranking of Japanese manufacturers is falling, with the Nissan Leaf being the only Japanese-made car to make the top-10 selling electric vehicles in 2020. Even this model has slipped to seventh place from third in 2019. In this article, I ask whether Japan’s auto manufacturers have left it too late to win the intensifying battle for the EV market.

Figures for pure electric vehicles were derived by subtracting statistics on plug-in hybrids sold from the 2020 EV sales rankings published in US magazine EV Sales.

Let us start with an overview of the global EV market. In terms of overall market size, the leader is currently China, followed by Europe and then the United States. In the 2020 business year, Chinese consumers bought 1 million electric vehicles, Europeans 720,000, and Americans 250,000. Of these markets, Europe showed the strongest year-on-year growth in 2020, with a 112% rise from the 2019 numbers. Of course, the prevailing view is that this growth was mainly due to the doubling of the subsidies paid to buyers of electric vehicles. For example, in 2020, the German government doubled the federal share of its environmental subsidy from €3,000 to €6,000, which, when combined with the manufacturer’s share, results in a total subsidy of €9,000 on vehicles priced at €40,000 or below. This limited subsidy was only available until the end of 2020.

In June 2020, the French government also launched a limited-time €7,000 subsidy, representing a €1,000 increase over existing subsidies, that was paid to individuals purchasing or leasing electric vehicles priced at €40,000 or below.

Both subsidies were intended to protect domestic auto industries during the COVID-19 pandemic, and resulted in increased sales of European-made electric vehicles on the European market. Indeed, 6 of the 10 top-selling electric vehicles in Europe in 2020, including the top-ranked Renault Zoe, were European made. As a result, there was a dramatic leap in electric vehicles as a percentage of the overall market, from 2.6% to 7.3%.

Government backing has also resulted in an increase in EV sales in China, the world’s largest EV market. In 2012, the Chinese government launched a support package for energy-efficient cars. It should be noted that that in addition to environmental aims, the stimulation of the Chinese auto market was also an objective of this package, with effectively all new energy vehicles eligible for the subsidy being Chinese made. Naturally, all of the high-selling EV models on the Chinese market are eligible for NEV subsidies. As evidence of this, when, in 2019, the Chinese government toughened the criteria imposed on these subsidies, sales of such vehicles fell, showing that surging EV purchases had fundamentally been the result of subsidies. However, in 2020, a five-fold increase in Chinese sales of the Tesla Model 3 to nearly 140,000 after the manufacturer finally ramped up local production, combined with the fact that sales of the Wuling Hongguang Mini EV (released in July) reached 120,000 in less than five months, propelled the electric vehicle market as a whole. Incidentally, the Mini EV is generating significant interest for its price tag, coming in under the equivalent of ¥500,000.

In the United States, on the other hand, while the government did roll out stimulus measures comprising federal tax credits of up to $7,500 for purchases of EVs and PHVs, consumers had to buy from manufacturers with cumulative EV sales of below 200,000 units to receive the subsidy. Because Tesla and GM have now both sold over 200,000 electric vehicles, purchasers of cars made by these manufacturers do not receive a subsidy. Despite this, the top five ranking vehicles in the United States are all manufactured by Tesla and GM, which I believe shows that American drivers are not buying EVs just to receive subsidies. In any case, US electric vehicle sales are slowing down, with year-on-year growth at 1.8% in 2020 and 1.4% in 2019.

What is the forecast for sales of EVs in China and Europe in the future?

In November 2020, the Chinese government released its New Energy Vehicle Industry Development Plan, which aims to make pure electric vehicles the “mainstream option” for automotive sales by 2035. This is an extremely vague goal, although the Chinese government has committed to increasing NEVs’ share of the new car market up to around 20% by 2025; it is unlikely that the majority of cars sold will be EVs 10 years after that. Rather, I surmise that the Chinese government merely aims to make electric vehicles the biggest selling single category on the market, ahead of cars with internal-combustion engines and hybrids.

While the European authorities announced a target of 30 million zero-emission vehicles on European roads by 2030, the Secretary General of the European Automobile Manufacturers’ Association made waves when he described this vision as “unfortunately unrealistic.” According to a survey by the Association, of the 243 million cars on the road in the EU in 2019, 615,000, or 0.25%, were ZEVs. In order to increase this number to 30 million in 11 years, 17% of the 15 million cars registered every year in the EU will need to be EVs. However, the European automobile industry feels that even that goal is “unrealistic.”

Let us now look at the situation in Japan.

The reasons for the poor sales of electric vehicles on the Japanese market are elusive, however. After all, under Japan’s Clean Energy Vehicle subsidy scheme, which entitles purchasers of EVs, PHVs, and other “clean energy vehicles” to receive subsidies from the national or local government, buyers of new cars receive up to ¥420,000. There are a range of other subsidies and support measures available. It is hard to see why so few cars are selling. Also, Japan’s levels of publicly available charging infrastructure are also on a par with Europe’s. The low numbers are probably caused by the scarcity of EVs suitable for the Japanese market, the tendency of Japanese dwellings not to enable domestic charging points to be installed, and the national tendency to be cautious about car purchases.

Another issue is the fact that Japanese manufacturers have not played an active role in the electric vehicle market. While Mitsubishi was the first manufacturer to mass-produce an EV in 2006 with its i-MiEV in the ultralight kei category, and in 2010, Nissan released the Leaf, neither model was as successful as hoped, and the i-MiEV was taken off the market in March. Meanwhile, Nissan only sold its 55,000th Leaf (globally) last year.

So why are Japanese manufacturers less enthusiastic about electric vehicles than their European and Chinese counterparts? One major factor, I believe, is that manufacturers feel that they have already contributed to reducing CO2 emissions with their many years of selling large numbers of hybrid vehicles. For example, Toyota says that as of April 2018 it had sold a total of 12 million hybrid vehicles, thereby saving 94 million metric tons of CO2.

At the same time, the Paris Agreement, which stipulates the international framework on climate change in 2020 and beyond, calls for a “climate-neutral world” by 2050. Few dispute the prediction that electric vehicles will play a central role in achieving this target. It follows that Japanese auto industry will likely rapidly start promoting electric vehicles in the future.

I believe that three factors will be important in order for Japanese manufacturers to succeed in the EV market: the technological prowess to develop competitive vehicles, production arrangements that are able to meet global demand, and the ability to come up with appealing product concepts.

The first of these factors is not much cause for worry. Many Japanese manufacturers have experience with producing hybrid vehicles, which require cooperative control of an internal-combustion engine paired with an electric motor, so if this expertise is leveraged, it should not be all that difficult to develop electric vehicles, which only require the latter.

However, there is cause for concern in respect to the other factors, in particular the second one: How will Japanese manufacturers set about procuring the large number of high performance batteries that will be required, and how will they tackle the issue of life-cycle assessments? These are a methodology for assessing carbon emissions at every stage in a product’s lifetime, from manufacture to use and disposal, making carbon neutrality impossible without electricity from carbon-free sources to charge the vehicles.

The third factor is challenging, too. While Japanese cars are currently rated highly on the global market for their light weight, compactness, reliability, and cost performance, when the market is dominated by electric vehicles, all the expertise accumulated thus far by Japanese manufacturers might be “reset” to zero. Therefore, if Japan does not produce cars that are both highly competitive internationally and strongly appealing to the consumer, it will be unable to create demand for EVs. It seems likely that Japanese manufacturers will have to carefully consider what the Japanese car of the future should look like, including the possibility that costs will increase with LCA.

So will Japanese manufacturers survive the battle for the EV market?

As mentioned above, the global electric vehicle market is still only a small part of the auto market as a whole, and demand creation still tends to be reliant on government subsidies. In the process of developing hybrid vehicles, Japanese automakers have also mastered the technologies necessary for manufacturing electric vehicles, and an automotive industry snapshot at the present point in time makes it clear that Japan’s makers are far from uncompetitive. In other words, there appears to be ample potential for these manufacturers to succeed in the battle for the EV market.

Nothing should be taken for granted, however. Major Western manufacturers see the paradigm shift from the internal-combustion engine to the electric vehicle as a perfect opportunity for increasing their market share. These manufacturers enjoy the support of their own governments, too. It follows that Japan’s auto industry, rather than resigning itself to the status quo, must form alliances with academia and government as it heads into this difficult juncture.