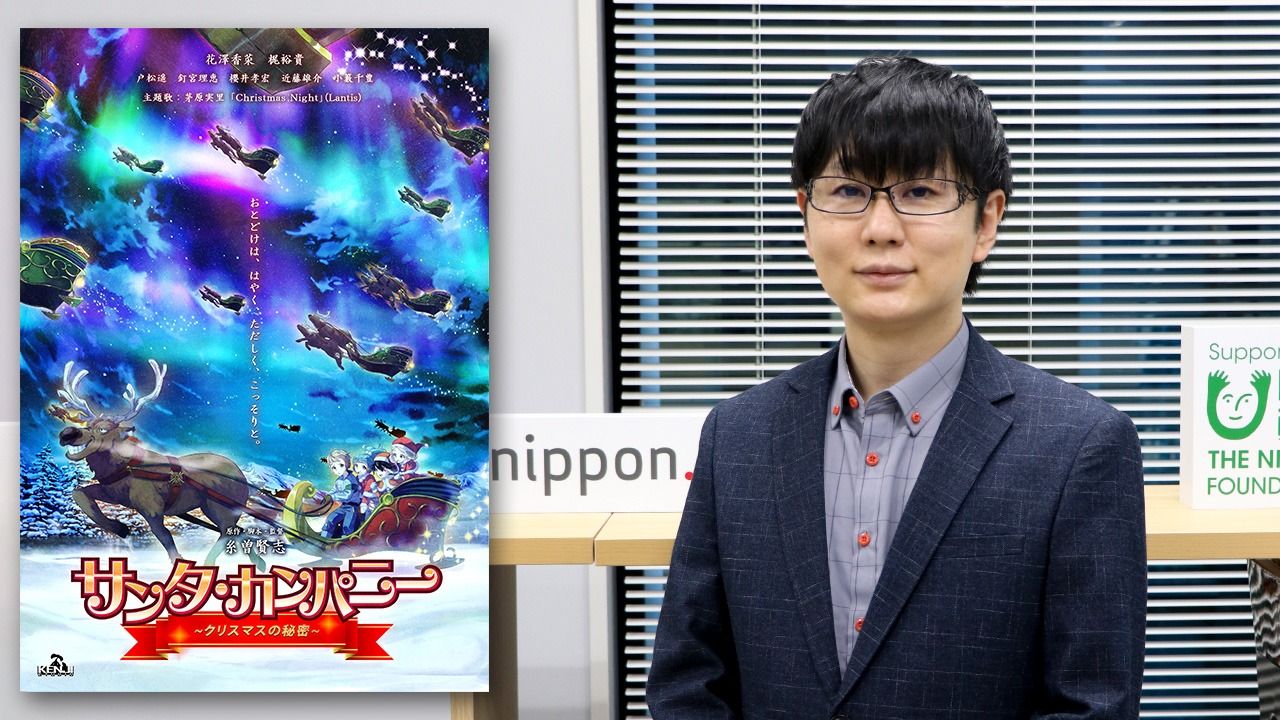 Culture Manga Anime World Art Oct 21, 2021
Animation and film director Itoso Kenji brims with ambition as he describes his vision for the future. “These days, it’s possible to get 1,000 people together on Zoom simultaneously to see how Japanese anime are drawn, produced, and voiced.” But it’s not all about online participation. Itoso has devised a detailed strategy to create a new order in Japan’s animation industry. 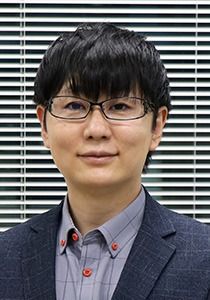 Animation/film director and business executive. Professor at Osaka Seikei University, where he also chairs the Department of Art and Design. Born in 1978. In his teens, studied under Studio Ghibli’s Miyazaki Hayao, after which he worked on manga and anime titles including Yūgiō (Yu-Gi-Oh!), Shingeki no kyojin (Attack on Titan), Fruits Basket, and En-en no shōbōtai (Fire Force), Macross Delta. In 2019, he wrote the story, created the script, and directed the animated film Santa Company, shaking up the industry’s standard business model by setting up a structure giving him 100% ownership of the work’s copyright. Currently creating a new business of supplying data on the animation development process to use as teaching materials, he is also well acquainted with crowdfunding.

From Miyazaki’s Tutelage to the Top

After studying under acclaimed Studio Ghibli director Miyazaki Hayao in his teens, Itoso Kenji was chosen by several famous directors and producers to produce their works. For the feature-length animated films Coluboccoro and Santa Company: The Secret of Christmas, both released in 2019, he eschewed the customary production committee model and set up a structure giving him full ownership of the work’s copyright. Not only is Itoso a gifted creator, his business acumen has brought a fresh wind to the world of Japanese animation. He is a shrewd strategist who has managed to raise a cumulative ¥850 million through crowdfunding, a feat that earned him a spot in the Guinness World Records. 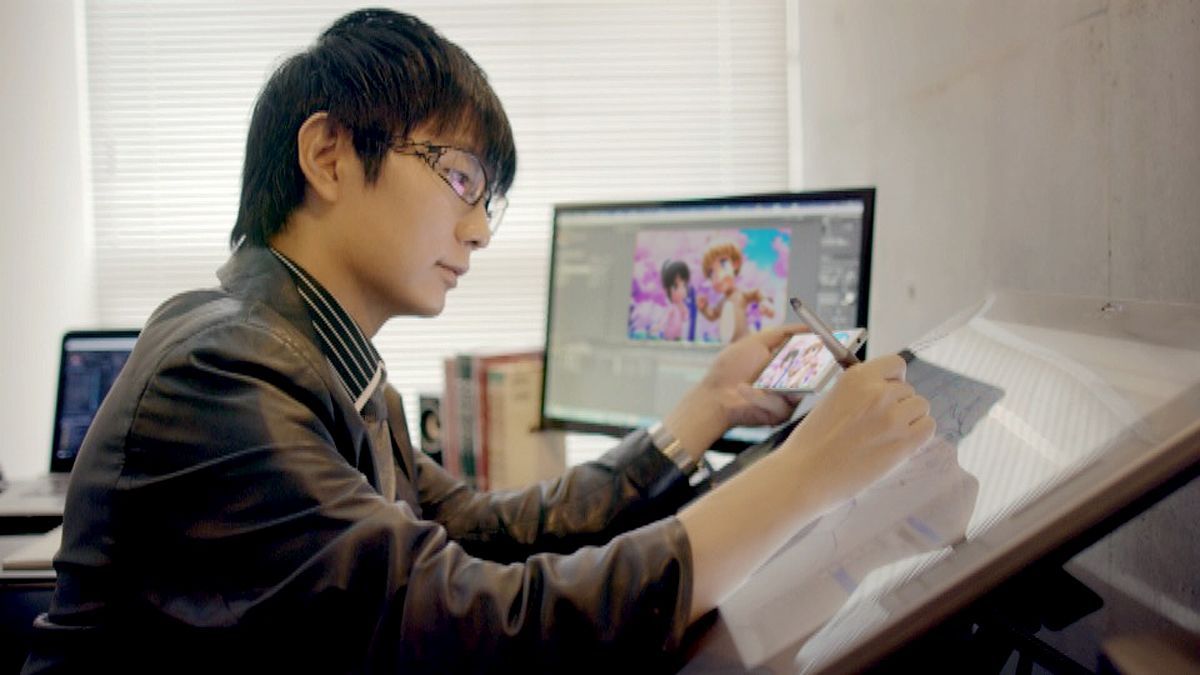 The weekly manga magazine Shōnen Jump was in its heyday during Itoso’s childhood. All his friends were avid readers of the magazine, but Itoso’s parents thought it was a poor educational influence and kept it away from him. A child refused this kind of entertainment might ordinarily pout or make a fuss, but instead, Itoso decided that he would think up interesting stories no one else knew and proceeded to create his own manga, modeled on Dragon Ball, his favorite story.

As a young teen, Itoso was crazy about soccer, but realized he was not talented enough to become a professional player. Thinking about his future, by the time he was 17 he had decided that he would become a manga artist and left his native Hiroshima to enroll at the art college Tokyo Zōkei University.

Some of his professors were also involved in creating anime, and as he listened to them talk, he became convinced that he should switch to the field. That was around the time that Miyazaki Hayao announced his (short-lived) retirement following the 1997 release of Princess Mononoke, and Itoso learned that Studio Ghibli would be auditioning candidates for its Higashi Koganei Son Juku seminars, created to nurture the upcoming generation of anime artists.

As part of his strategy to win a place at the seminar, Itoso watched several Studio Ghibli animated films closely. He discovered that although Miyazaki’s name did not appear in the ending credits as a character creator, each work unmistakably reflected his distinctive touch.

Itoso decided that this was either because the staff’s designs had been retouched to give them the characteristic Miyazaki flavor, or that they were so devoted to Miyazaki that their output unconsciously reflected his style. In any case, Itoso was convinced that the only way he could get a foot in the door would be to submit drawings with a Miyazaki flavor. He had also noted that crucial scenes in Miyazaki’s films often showed close-ups of the female characters in profile. He followed this practice to the letter, submitting watercolors of women in profile incorporating his own touches, and successfully passed the audition. 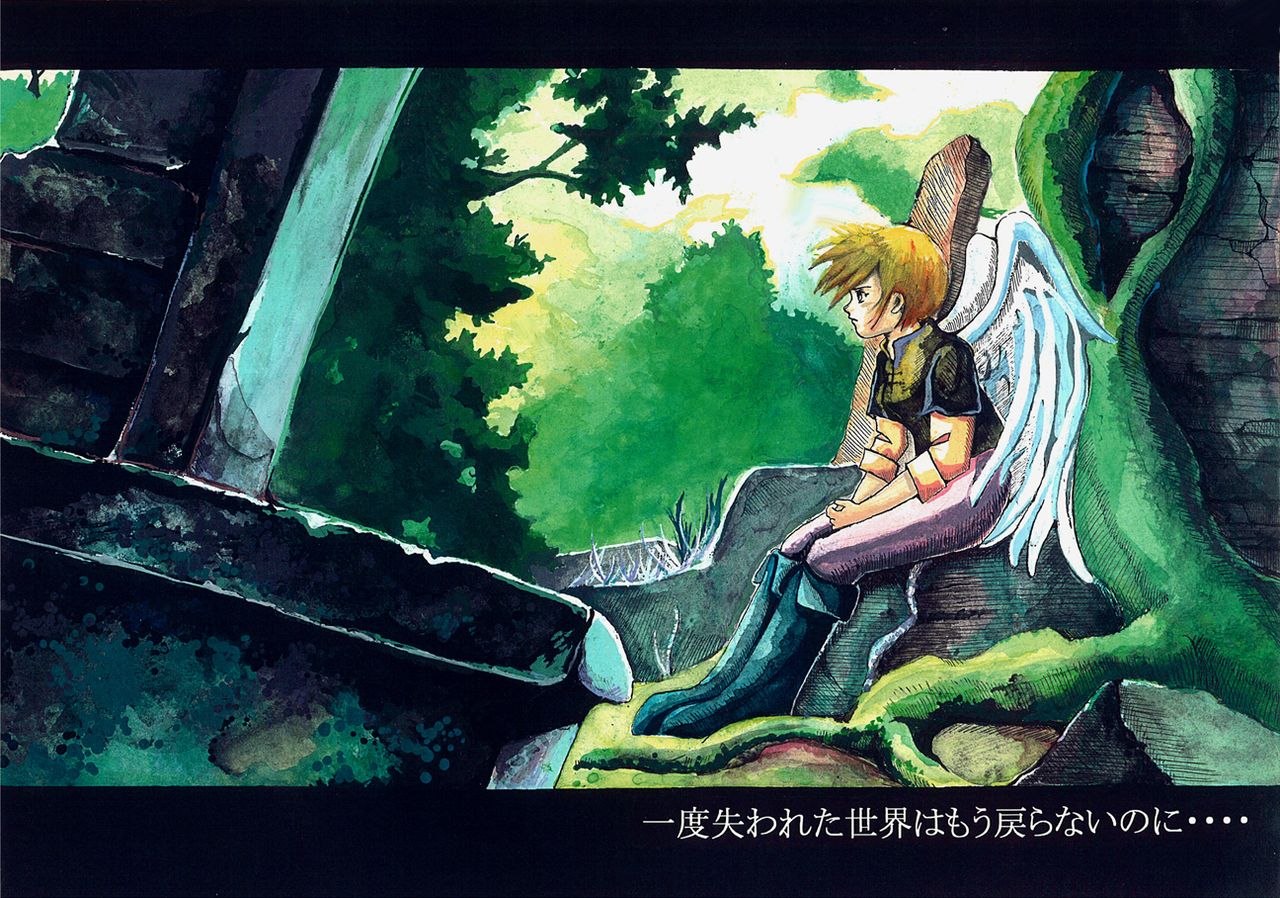 Itoso created this watercolor as part of his audition portfolio for the seminar.

At the seminar, Itoso spent all his time with Miyazaki, at that point in retirement, who devoted many hours to mentoring seminar students. By chance, plans for a Ghibli Museum were afoot at that time, and Itoso was asked to create storyboards for short films that would be shown exclusively there. Thanks to repeated discussion about visualization in the films, he absorbed the view of nature depicted symbolically in Miyazaki’s works.

“Do It Now, Not Someday”

Coluboccoro, a work that Itoso created in 2007 but that was only released in theaters in 2019, would be a touchstone piece in his oeuvre. He believed that a work by an unknown would be hard to publicize and would in any case draw little attention. He decided that an animated film made in the Ghibli style by someone who had studied under Miyazaki would provide the necessary hook, and the work he created incorporated elements of Studio Ghibli films Kiki’s Delivery Service, My Neighbor Totoro, and Laputa: Castle in the Sky.

Just as he had anticipated, Itoso gradually began attracting attention in the anime industry. In 2010, producer and founder of the Madhouse production company Maruyama Masao approached him to take part in the production of Dreaming Machine, an animated film directed by Kon Satoshi. The offer was a valuable opportunity to be involved in this ambitious work, the product of first-rate creators. But shortly after production got going, Kon was diagnosed with terminal pancreatic cancer.

One day, Kon asked Itoso whether he had ever thought about why he was drawing. Itoso replied that he hoped to create his own original work someday. Kon retorted, “’Someday’ may never come, and you could end up dead before that. Forget about ‘someday,’ do it right away. Get busy and bring me some proposals.”

Kon panned most of Itoso’s ideas but thought that Santa Company might make an interesting film. The storyline, that Santa Claus can deliver presents in one night because his operation is in fact a company, was originally a manga written by Itoso.

Kon passed away in August 2010. The Dreaming Machine project ran out of money and was ultimately disbanded, so the film was never made. But spurred by Kon’s “do it right away,” in 2014 Itoso turned to crowdfunding, an unusual move at the time, to make the short film Santa Company.

An extended version of the film, to which new scenes had been added to deepen the storyline, was released in theaters in 2019, voiced by leading popular voice actors Hanazawa Kana and Kaji Yūki.

“Both Kaji and Hanazawa are hot stars, and they were only available for a short time to record their parts,” explains Itoso. “Kaji took just an hour and a half to voice one hour’s worth of dialogue. I gave him direction and we did several tests, but once he understood what I wanted, he did the whole thing in one take. He’s a master of his craft. And although we recorded the two actors’ parts separately, the scenes where the characters laugh or get angry synchronized perfectly. I was really impressed by their professional work.”

In a different vein, Itoso is thinking of using scenes of voice actors recording their parts as instructional materials for aspiring animators or voice actors.

“Take a commercial product like Doraemon, for example. All the elements of the work—from the illustrations and animations of the characters up through the colored imagery produced later in the process—are under copyright, and even vocational colleges and universities can’t use them to teach their animation students. But I structured Santa Company so that my studio holds all the copyrights, and if I wanted to, I could upload a hard disk with all the data to the Internet tomorrow.”

That would also make it possible to create materials to allow students to practice, karaoke-style, with top-rated Japanese voice actors by simply blocking out the audio track for a certain character. Itoso says that he has already gotten the go-ahead from actors in his works to use their scenes.

In his role as head of Osaka Seikei University’s Department of Art and Design, Itoso travels several times a year to an affiliated school in Taiwan to lecture and coach animation students. “The first time I stood in front of a class, I was surprised to see students smiling at my remarks, even before the interpreter had begun speaking, so I asked the students if they understood Japanese. About half of them said they did; they had learned the language from anime.” To Itoso, it was clear that Japanese anime have had quite an impact abroad. 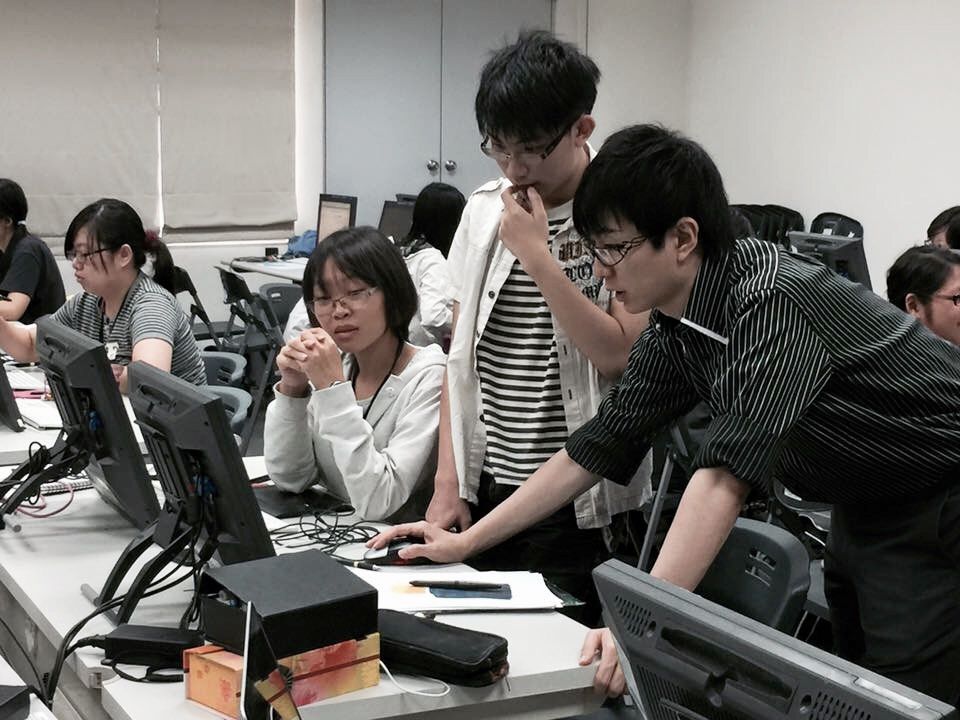 He hopes to keep this sharing in motion. “Right now, Japanese anime skills are top drawer and there are fans of Japanese anime all over the world. Anytime I talk about what goes on in an animation studio, there’s great interest. I’m not interested in keeping the secrets of anime to myself. With online tools like YouTube or Zoom, it’s easy to show how Japanese voice actors work, and people all over the world can join in at once. Any anime fan who participates in an online session can later recall how scenes end up in the finished product when they watch an animated film.”

He continues: “If possible, I’d like to make an animated film working with people outside Japan, not just creators but fans too. And anybody who contributed to a crowdfunding campaign could have the satisfaction of seeing their names in the credits as donors. Making people feel that they’ve been actively involved is also a great way of spreading the word. It’s free publicity, too.”

Itoso has a grander vision than simply making Santa Company a hit in Japan. He’s aiming to make his mark on the global stage.