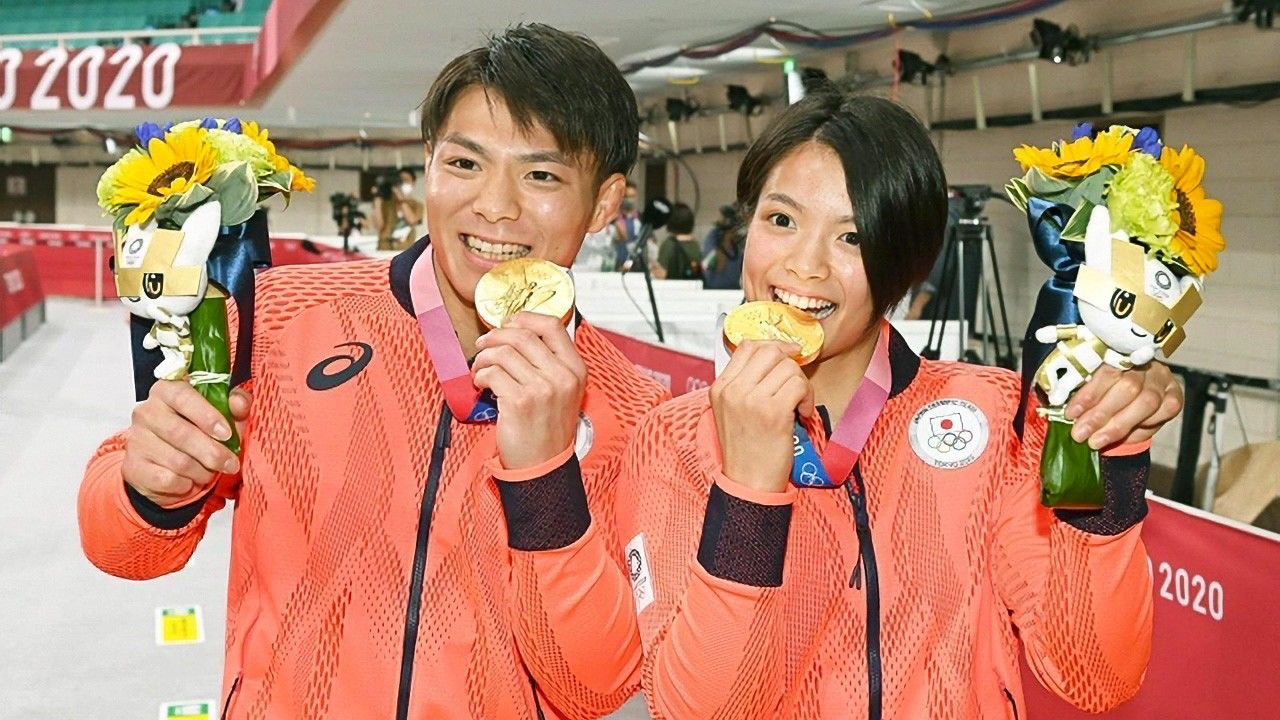 The Abe Siblings and Their Gold Medal Family

Tokyo 2020 Sports Aug 13, 2021
Abe Hifumi, 23, and his sister Uta, 21, were not alone on July 25 when they won their gold medals in the Olympic jūdō matches. Team Abe is united and supported by strong family bonds. After finishing her gold medal match, Uta was the first to express her gratitude: “At last we are giving something back for all the support we had. I am just so thankful.”

[Kobe Shimbun]  Both Abe Hifumi and his sister Uta were born and raised in Wadamisaki in Kobe’s historical Hyōgo Ward. Their father Kōji is a former competitive swimmer who once swam in Kokutai (National Sports Festival) swimming meets. He explains why he encouraged his children to take up jūdō. “My wife and I are small in stature, so we thought it best that our children try a sport in which they would be evenly matched with their opponents.” Jūdō, with its weight classes, seemed just right for that.

Hifumi was six years old when he began learning jūdō in a local youth group called the Kodamakai. His mother Ai remembers with a tinge of nostalgia, “He would get thrown again and again, and cried every time.” He cried so much that his older brother Yūichirō joined the group just to watch over Hifumi.

Abe Kōji, a firefighter, used to train with Hifumi in Misaki Park near their home. They would run for cardio training and throw medicine balls at each other to increase core strength.

As her brother made his way into international tournaments, the intrepid Uta followed, winning a world championship when she was still a senior at Shukugawa High School. She was determined even then to “become a monster.” But that resolve did not prevent her from being almost crushed by loneliness when she left home to attend the Nippon Sport Science University in Tokyo, living alone for the first time.

“She was really worn down mentally,” says her father. The family decided that her mother should go live with her for a while. The assurance of homecooked meals and a sympathetic ear helped to dissipate Uta’s insecurity and pressure.

When the COVID-19 pandemic hit in 2020, the whole family mobilized. Kōji made regular trips to Tokyo to train his son and daughter, running up and down more than 200 steps with them in lieu of the hand-to-hand mat training that had been disallowed for fear of infection. When he was back in Kobe, Kōji ran 10 kilometers every day. “I wanted to share in their training, even if I had to work out by myself.” Hifumi acknowledges that his father’s presence meant a lot.

Now his son and daughter have become Japan’s star athletes of the Tokyo Olympics. On July 25, Hifumi came out on top in the men’s 66-kilogram weight class and Uta in the women’s 52-kilogram group. Kōji says, “They bring us nothing but happiness. I am full of gratitude.” Shut out of the Olympic venue by pandemic precautions, the family, including older son Yūichirō, stayed in Tokyo and watched the matches on TV. Ever since the Tokyo Olympics were first announced in 2013, the whole family had dared to hope that Hifumi and Uta would be able to compete. Now their dream had come true. Not only did Hifumi and Uta enter the competitions, but they became the first siblings in Olympic history to win gold medals on the same day.