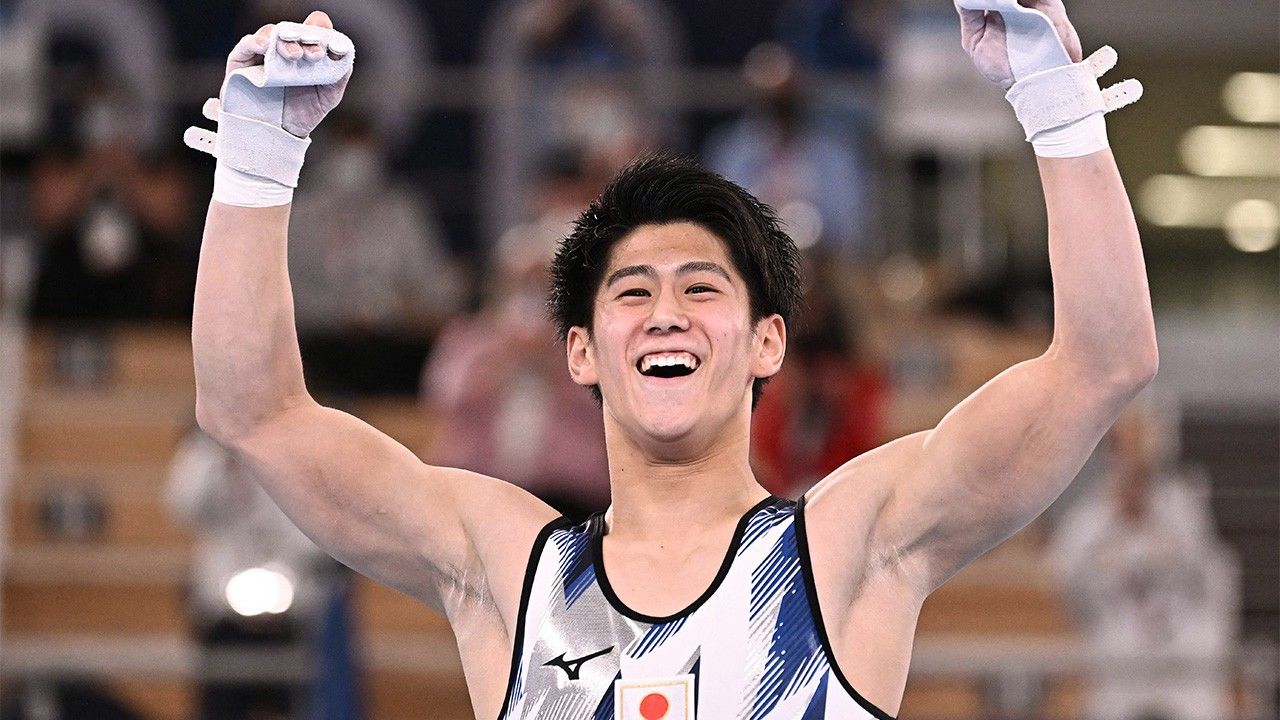 Sports Tokyo 2020 Aug 27, 2021
The troubled Tokyo Olympics kicked off after a year’s delay amid a pandemic-induced state of emergency in the Japanese capital. Unfazed by the situation and bolstered by the chance to compete on home turf, Team Japan captured a record 58 medals, including 27 golds. The country’s young generation of athletes was an especial bright spot, hinting at a new direction for Japanese sports.

The Tokyo Olympics got underway on July 23, almost a full year after being postponed due to the pandemic. The organizing committee overcame a mountain of difficulties to hold Tokyo 2020, including adamant calls from home and abroad to cancel the event outright. The legacy of the games is certain to be hotly debated in the months and years to come, but away from the tumult, young members of Team Japan strutted their talents in an impressive display of the changing face of the country’s sports.

Zoomers on the Medal Stand

Standing out amid Japan’s record haul of 58 medals at the Tokyo Olympics—27 gold, 14 silver, and 17 bronze—were the performances of Japan’s young generation of athletes, those belonging to so-called Generation Z born since 2000. Teenage skateboarders Nishiya Momiji and Yosozumi Sakura grabbed headlines with their gold-medal runs in the inaugural women’s park and women’s street competitions, respectively. Nishiya, at just 13 years old, became the youngest Japanese athlete ever to win gold.

In the more traditional discipline of artistic gymnastics, Hashimoto Daiki, who was born in 2001, emerged as the new face of the Japanese team by winning the men’s horizontal bar and individual all-around events. While many athletes lamented the games being postponed, Hashimoto arguably benefited from the year-long delay, which gave the young gymnast time to perfect more challenging elements and to boost the competitiveness of his routines. If Tokyo 2020 had taken place as originally planned, it is unlikely that Hashimoto would have been in the running for a medal at all.

Tomita Hiroyuki, three-time Olympic medalist and Hashimoto’s coach at Juntendō University, says that the speed at which the young gymnast improved was astonishing to behold. “Practice was put on hold for a while due to the pandemic,” he explains, “but once we were back in the gym, Hashimoto blew past the targets he had set for himself.” In less than a year he had mastered challenging D-rated skills and moved on to even more difficult maneuvers.

One of the most prominent aspects of the new generation of Japanese athletes is their status as digital natives. Having grown up surrounded by computers and the Internet, they use video and other technology in their training as a matter of course. Early in their careers, this took the form of checking performances with videos shot by parents on handheld camcorders. Today, these same young athletes armed with smartphones, scrutinize their execution and adjust their techniques in real time.

Tomita, however, stresses that this alone will not provide a definitive edge and says to become a world-class competitor, an athlete must learn to grasp his or her movements in the mind’s eye. Describing Hashimoto’s rapid improvement, he says the gold medalist during practice would express his feelings and impressions in words before checking the video of a maneuver. “Even in the video age, athletes must have a clear, precise internal understanding of how their bodies are moving. It’s an age-old skill, but one that has become even more relevant as technology advances.”

Tomita makes a fascinating point that even as video has become an essential tool in sports and raised the level of competition across the board, it remains the ability of athletes to articulate what they feel and to think for themselves that sets competitors apart.

Another young athlete who wowed fans at the games was women’s table tennis player Itō Mima. Born in 2000, the 20-year-old teamed up with men’s player Mizutani Jun in the inaugural mixed doubles event, where they defeated a tenacious Chinese pair to win Japan’s first-ever Olympic gold in the sport. Itō went on to win silver in the women’s team competition and rounded out her medal collection with an individual bronze. 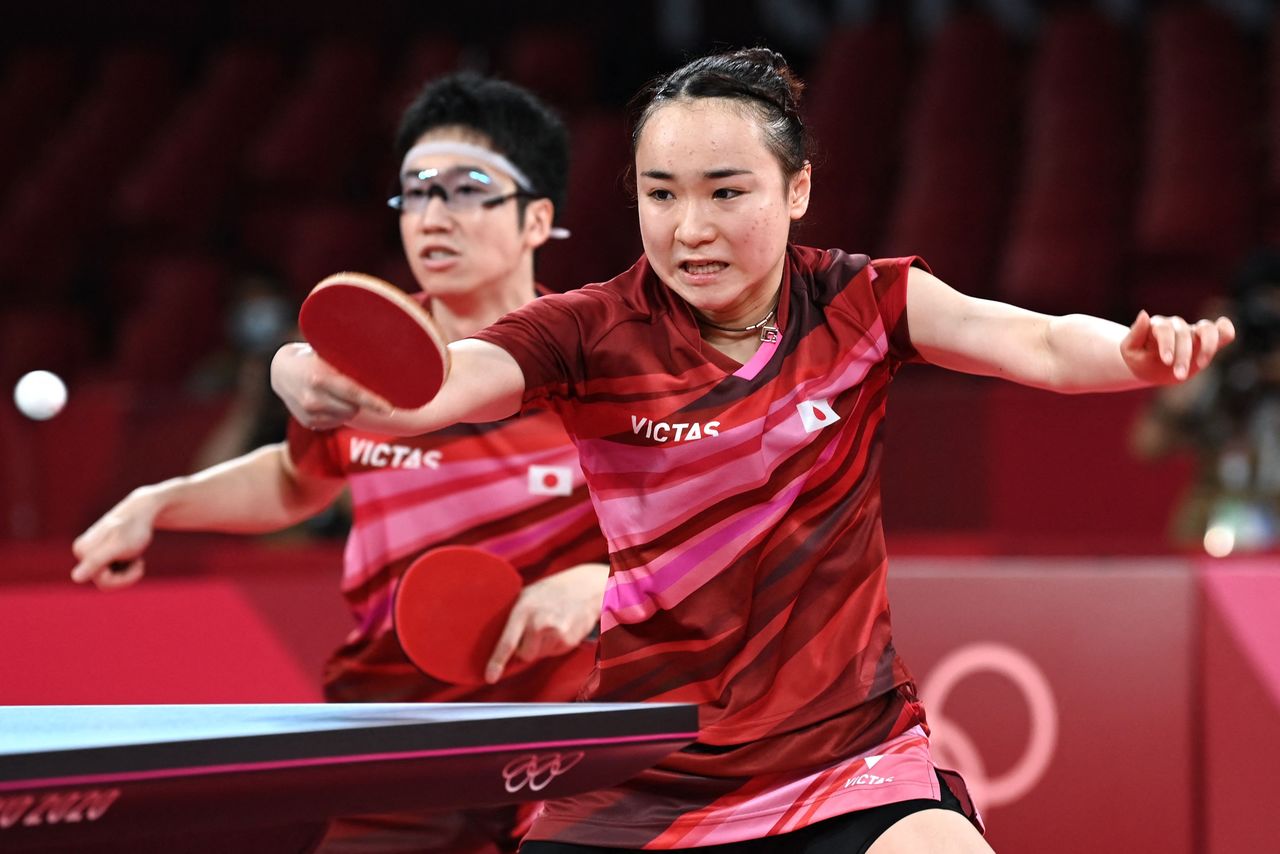 Itō Mima returns a shot as partner Mizutani Jun stands at the ready during the final of the mixed doubles at the Tokyo Metropolitan Gymnasium on July 26, 2021. (© AFP/Jiji)

Itō’s accomplishments at the games are largely attributable to her unusual approach. Most international table tennis players today use paddles with soft rubber on the back side to maximize spin on weaker backhand shots. Itō, however, goes against the grain by employing harder rubber, sacrificing spin for faster ball speed.

She likewise sidesteps norms with her distinct playing style, which she used to great effect in the mixed doubles final. Taking up position close to the table, she shut down the rally game of Chinese pair Xu Xin and Liu Shiwen with quick return shots, vexing the duo by forcing them to play closer together. After dropping the first two games, Itō and Mizutani battled back, winning the next three before clinching victory in a dominant seventh game.

With the defeat of China, a team that has won every table tennis gold medal since the 2008 Beijing Olympics, Itō showed the value of bucking convention and thinking differently. According to her mixed doubled partner Mizutani, she demonstrated a new level of confidence in her game, staying on the offense after winning points rather than bracing for a redoubled Chinese attack as she once did. The Japanese sports world is known for being rigid and traditional, but young athletes like Itō are engendering change by showing the older generation the need to see things in a different light and accept new and different approaches.

Itō and others have provided an important lesson for people my age and older. Most individuals in their forties or above are conditioned to see anything less than perfection as failure and subsequently view the legacy of Tokyo 2020, with its year-long delay and venues void of spectators, as somehow tainted. Such a cynical view is not in step with the times, though. Rather than let negative perceptions get in the way, it is important now to create build a nourishing environment in which the freethinking younger generation can flourish. Although much has been made about the success of Japanese athletes at the Olympics, more than the final medal count, the games have stirred winds of change that could potentially transform the country’s approach to sports.

The Difference of a Year

The decision to postpone the Olympics benefited younger athletes the most. As with Hashimoto, the delay provided teammate and recent high school graduate Kitazono Takeru, who helped Japan win silver in the men’s all-around team competition, vital time to grow and improve. Middle-distance runner Miura Ryūji, a classmate of Hashimoto’s at Juntendō University, likewise boosted his performance in the interim, charging onto the scene to take seventh place in the men’s 3,000-meter steeplechase. Then there was Tanaka Nozomi, who at 21 came out of seemingly nowhere to place eighth in the extremely competitive women’s 1,500 meters, an extraordinary feat in light of the fact that no female Japanese runner had ever made it to the Olympic finals in the event. 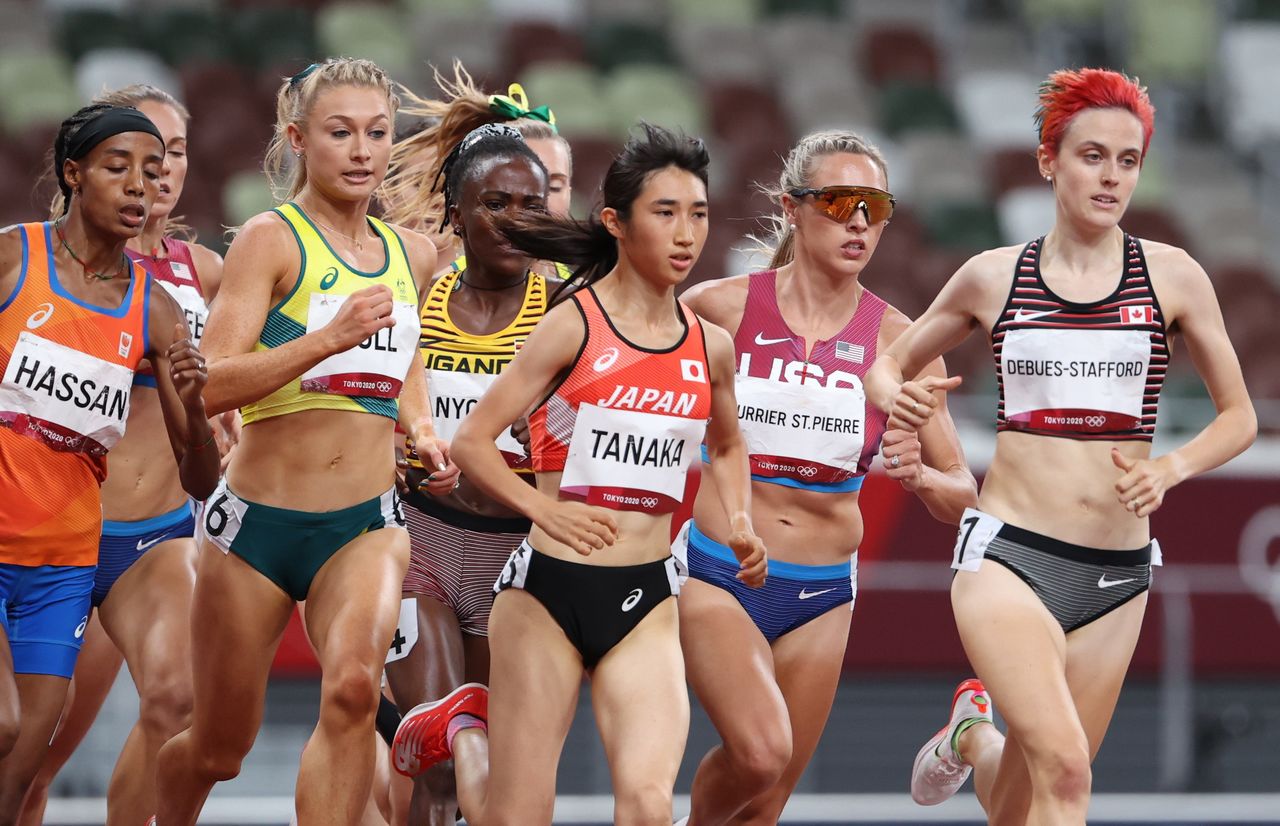 Tanaka Nozomi (center) keeps pace with the lead pack during the final of the women’s 1,500 meters at the National Stadium in Tokyo on August 6, 2021. (© Jiji)

Miura’s success at the games can be traced to his increased stamina. When the pandemic hit, he found himself without a training venue when his university closed as part of measures to halt the spread of the coronavirus. Returning to his home in Shimane Prefecture, Miura spent the intervening time pounding the pavement to build his endurance. Tanaka similarly used the delay to get herself ready to compete by running mock races ranging from the 800 meters to the 5,000 meters. Her efforts paid off in the form of new Japanese records in the 1,500 meters and 3,000 meters.

Athletes in their late twenties and early thirties, however, were less successful at staying fit and motivated during the pandemic delay. Badminton, for instance, was a sport in which Japan was expected to do well. However, as the tournament progressed, competitors like world number one Momota Kento crashed out one after another, much to the chagrin of fans. In the end, the team came away with a single medal, a bronze in the mixed doubles event.

According to national team head coach Park Joo-bong, the postponement had a greater impact on the team than expected. “Typically, players get ready for the games by playing in one tournament after another to boost their confidence,” he explains. “With most competitions cancelled, though, this was impossible.” He says that spectators being kept from venues also played a role. “We were on home turf, but the empty stands put added pressure on players and their performances suffered.”

In sports, as in all things, there is a component of luck. For most athletes, participating in the Olympics is the high point of their careers, and to have the event postponed for a year proved to be either a boon or a bane. Looking back over the 17-day event, the resilience of the younger generation stood out. Faced with the unprecedented challenges of training and competing amid a pandemic, they nimbly adjusted to the task and shined as the world watched.

According to gymnast Hashimoto, “A year ago, I wasn’t anywhere near good enough to win gold. My body and mind wouldn’t have stood up to the rigors of competing at that level.” However, he says that as the months went by following the games being postponed, he grew more confident. “The Olympic delay allowed me focus as well as rest and recuperate, and I was able to head into the games in the best possible condition.” Hashimoto’s words give the impression that he sees winning gold less as a goal and more of a reward for his many months of dedicated work.

Athletes are said to peak around age 25, which is the age many members of Team Japan who were born after 2000 will be when the Olympics are next held in Paris in 2024 and Los Angeles in 2028. The success of Japan’s Olympians at the Tokyo Games was a sight to behold, but it might just be a prelude of what is to come.