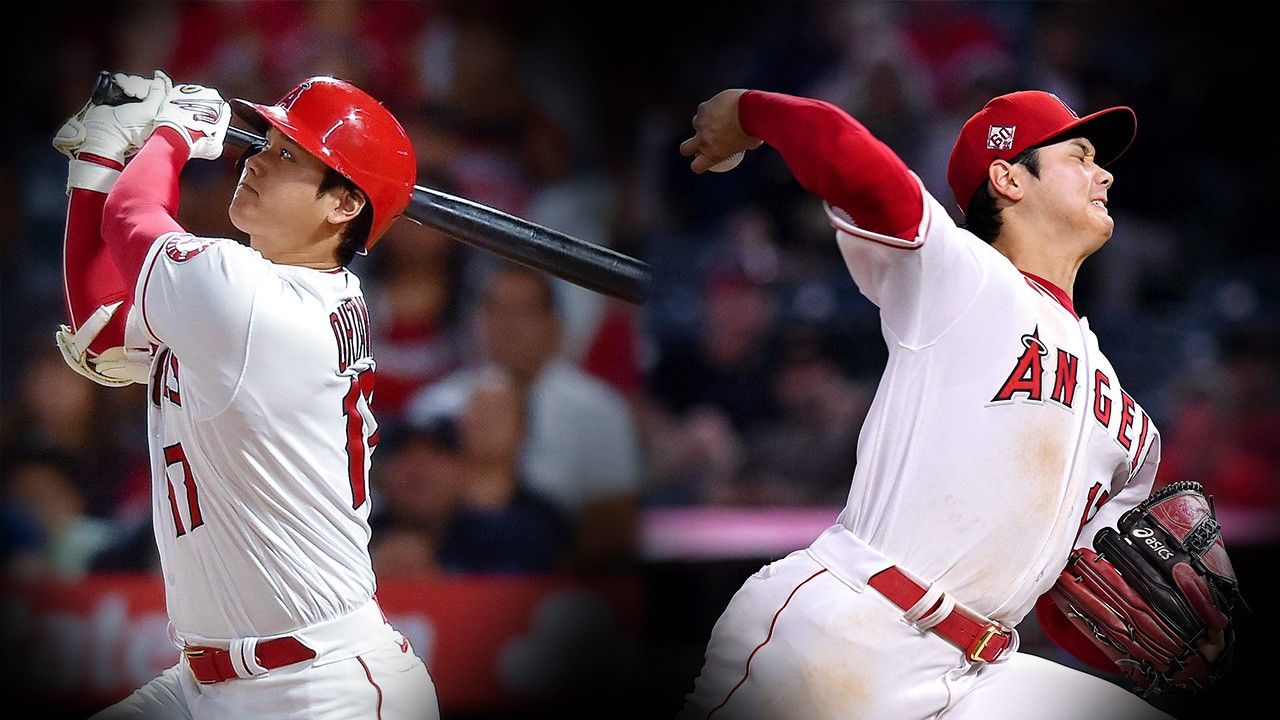 Raising a Legend: Ohtani Shōhei and His Father’s Baseball Notebook

Sports Mar 4, 2022
Japanese baseball superstar Ohtani Shōhei, heralded as the greatest two-way player since Babe Ruth, has thrilled fans of the sport with his exploits on the mound and at the plate. The roots of his talents can be traced back to his childhood in Iwate Prefecture and a training notebook he kept with his father.

Stepping off the train at Mizusawa Station near Japanese baseball star Ohtani Shōhei’s family home in southern Iwate Prefecture, I am met by a cacophony of summer insects. Here, 30 minutes off the Tōhoku Shinkansen line and some three hours by rail from Tokyo, the surroundings are decidedly bucolic. The local train had taken me through picturesque countryside marked by vegetable patches and ripening fields of rice, and standing on the platform I drink in the sounds and the warm evening breeze.

Before Ohtani started making his mark on Major League Baseball, he was a country boy growing up in Mizusawa (now part of the city of Ōshū). Born in July 1994 as the youngest of three children, he was, in the words of his mother Kayoko, “a normal baby.” However, with both parents being tall he would not remain pint-sized for long. “I was sure he would shoot up like a weed,” Kayoko says of her now 193-centimeter son.

Ohtani was an active child. Growing up around sports—his father played amateur baseball and his mother badminton—he showed a natural athletic talent from an early age. Kayoko tells how she would take her young son with her to practice. “I would let Shōhei play with the equipment,” she recounts. “Maybe it’s because the motions in badminton are similar to baseball, but he could swing the racquet like a champ without me having to show him.”

Ohtani avoids proclaiming to be naturally gifted, but instead credits his athleticism to being an active child. “I was always playing different sports and games,” he explains. “That’s how I learned to move and control my body.” One of his favorite activities as a boy was swimming, which he did from kindergarten until the fifth grade of elementary school. 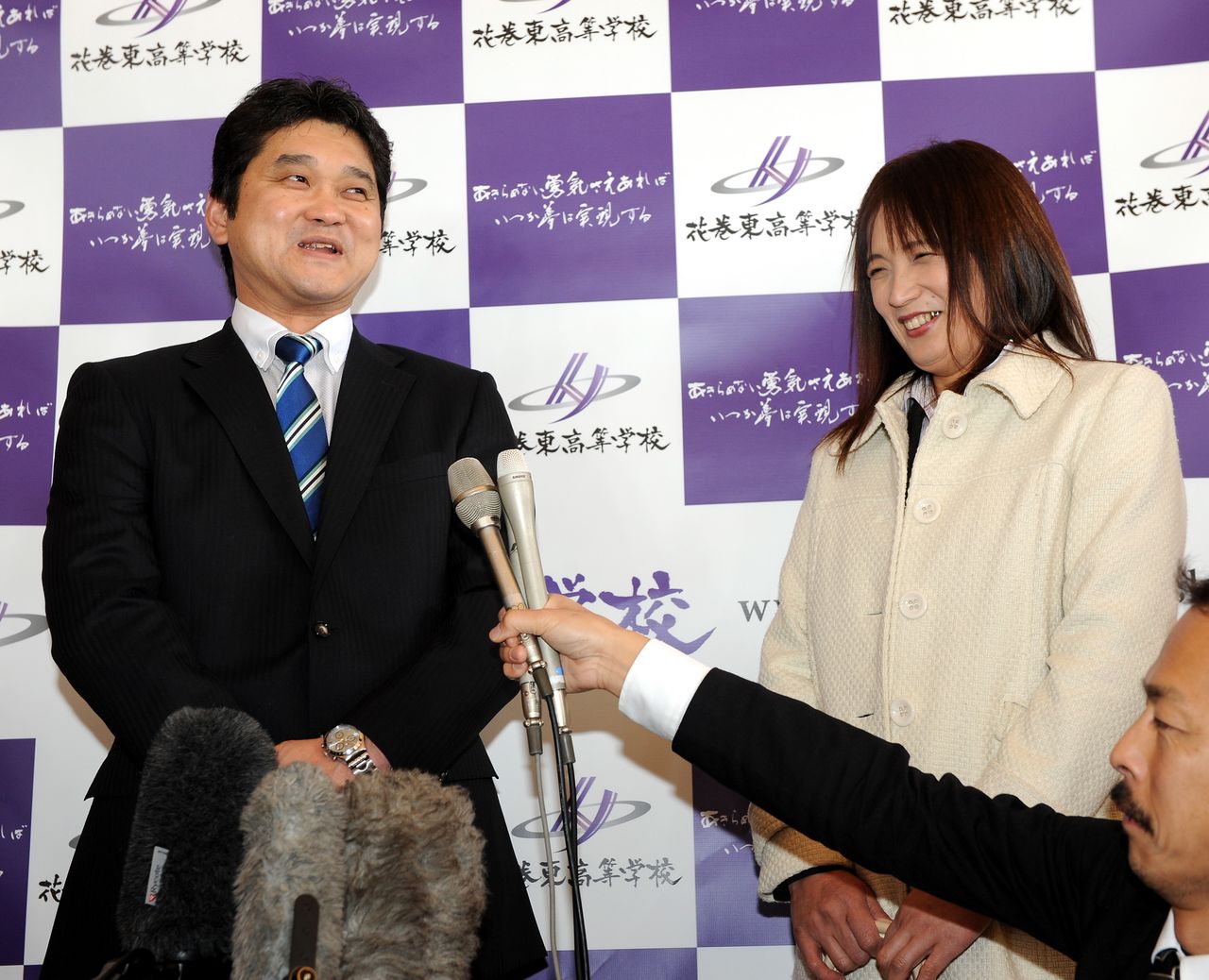 Ohtani’s father Tōru (left) and mother Kayoko talk to the press on March 2, 2013, after their son was drafted by the Nippon Ham Fighters of Japan’s professional baseball league. (© Nikkan Sports/Aflo)

Ohtani got his first taste of organized baseball in the autumn of his second year in elementary school when he joined the practice of a local Little League team. He enjoyed the experience, and as a third grader he became a full-fledged member of the club. Even before this, though, he would play catch with his father, the sessions serving to strengthen the bonds between the pair.

Their baseball connection ran deep. Tōru, a former outfielder for a corporate-sponsored amateur club, coached his son’s teams from the time Ohtani was in elementary school until he was in junior high. “Up until I reached high school, we probably spent more time together on the field than anywhere else,” Ohtani recounts. He insists that like a normal coach, Tōru put the wellbeing of the team ahead of any individual players, even his own son. “There was no special treatment. In practice and games, I didn’t think of him as my dad. He was first and foremost my coach.”

Ohtani as a little league player.

Ohtani says that he understands his father was not merely being tough on him, but was taking an evenhanded stance. He considers the experience as an early lesson in discipline and objective thinking. “I was still young, but I knew my relationship with my dad wouldn’t guarantee me playing time,” he explains. “I had to earn a spot like everyone else or my teammates would cry foul. It taught me never to expect anything, but to work for it.”

The baseball diamonds along the bank of the Isawa River on the outskirts of Ōshū are where Ohtani first showed his batting abilities. While still an elementary school student, he learned to maximize his swing to draw all the power out of his still developing frame. Time and again, he awed his teammates and coaches by hammering tape-measure shots that sailed beyond the outfield and into the Isawa.

He dominated his juvenile peers on the mound as well. In his last year as a Little League player, for instance, Ohtani struck out an incredible 17 batters during the semifinal of the Tōhoku regional championship, claiming all but one of the outs of the six-inning contest.

Ohtani’s image as a baseball prodigy is built on such stories. However, they misinterpret his childhood feats. The young Ohtani was unquestionably gifted, but behind the home runs and strikeouts was a boy who, wanting the recognition of his coach father and to live up to the hype built up around him, pushed himself to be the best he could be.

An important part of Ohtani’s baseball development was a journal he kept with his father. The pair would exchange a small, ruled notebook, adding comments about his performance in games and practices. “It covered both good and bad points,” Tōru recounts. “Typical entries were things like, ‘Great control up to the third inning’ or ‘Chased too many high pitches.’ We did it for several years, until Shōhei was in the fifth grade or so. We ended up filling two or three notebooks in all.”

Tōru says the purpose of the exercise was to teach his son to analyze his play and to make adjustments on his own. “Everyone commits errors or strikes out,” he explains. “But I wanted Shōhei to think deeply about what he was doing on the field and express this in words to make him more mindful of his play.”

Tōru says he repeated the messages in the notebook to drive them home. “I wanted Shōhei to carry these three basic concepts with him in every level of the game.” Looking at Ohtani’s career to date, his father’s teachings seem to have made a lasting impression.

“His advice was basic, but has stuck with me,” Ohtani says. “They’re things I’ve heard at every stage. Like hustling. It’s important to do, but the attitude with which you approach it is also meaningful.”

Ohtani’s stance toward baseball remains the same as a superstar as when he was still in the little leagues. Whether batting, pitching, or just training, he gives it his all, just as his father taught him.

(Originally published in Japanese. Banner photo: Ohtani Shōhei at bat and on the mound. © Jiji.)