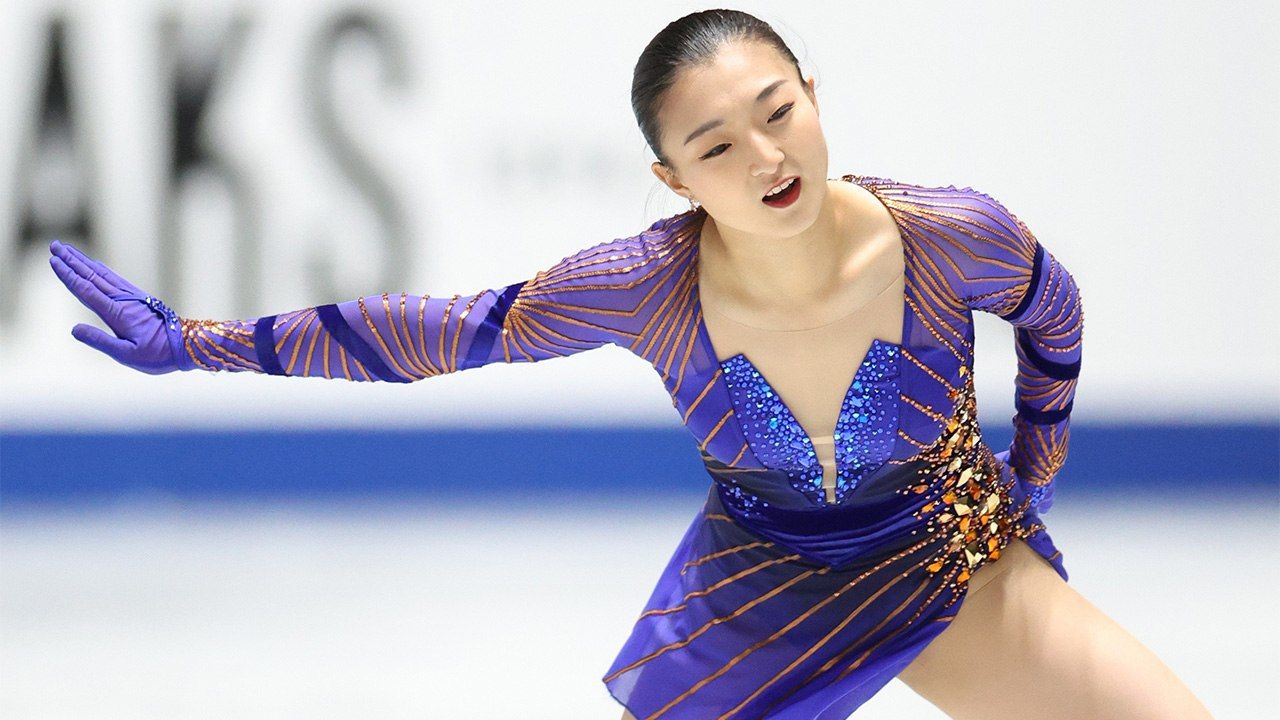 Sports Feb 4, 2022
Sakamoto Kaori will take to the rink in Beijing as Japan’s leading women’s figure skater, entering the fierce Olympic competition ready to take on her rivals. She has carved out her own unique path to become a linchpin in the Japanese squad.

The 2022 Beijing Winter Olympics are figure skater Sakamoto Kaori’s second games. She describes her first outing at Pyeongchang as a “whirlwind,” but the 21-year-old enters this competition with sharper focus than in 2018.

Sakamoto was in high school and had left the junior ranks only a year earlier when she made her Olympic debut in Pyeongchang. Charging headlong into the games, she chased her more experienced seniors and managed to finish a respectable sixth. She has trained earnestly over the last four years with her eyes set on Beijing, weathering occasional slumps to become Japan’s ace.

She has cemented her reputation with her performance this season. In the Grand Prix series, she won the NHK Trophy, becoming the only Japanese competitor to qualify for the Grand Prix final featuring the top six skaters (the event was cancelled due to the spread of the omicron variant of the coronavirus). At the Japan Figure Skating Championships in December 2021, she took gold for the first time in three years, finishing well ahead of the competition.

While most skaters on the international circuit follow the lead of the dominant Russian team in striving to execute highly technical quad jumps and triple axels, Sakamoto takes a different approach. She has deliberately omitted these difficult jumps from her programs, which depending on their execution can earn high marks or send a skater crashing out of a competition. This season, she has instead focused her attention on putting in strong, well-rounded performances.

The allure of attempting technically challenging jumps is obvious. However, a figure skater can over focus on perfecting them, to the detriment of other aspects of their performance. Overall composition and presentation are just as important as flashy spins and jumps, and a well-structured program can earn high scores without the need for including highly technical elements. Sakamoto has proved this season that precision can compete with power on the ice.

Excluding highly technical jumps will certainly make it tougher for Sakamoto to defeat top skaters like Anna Shcherbakova and Alexandra Trusova of Russia, who feature multiple quad jumps in their free programs. However, in the time remaining until Beijing, she will further refine her performance. In her second Olympics, she brings to the rink the experience and mental fortitude needed to put herself in the running for a medal.