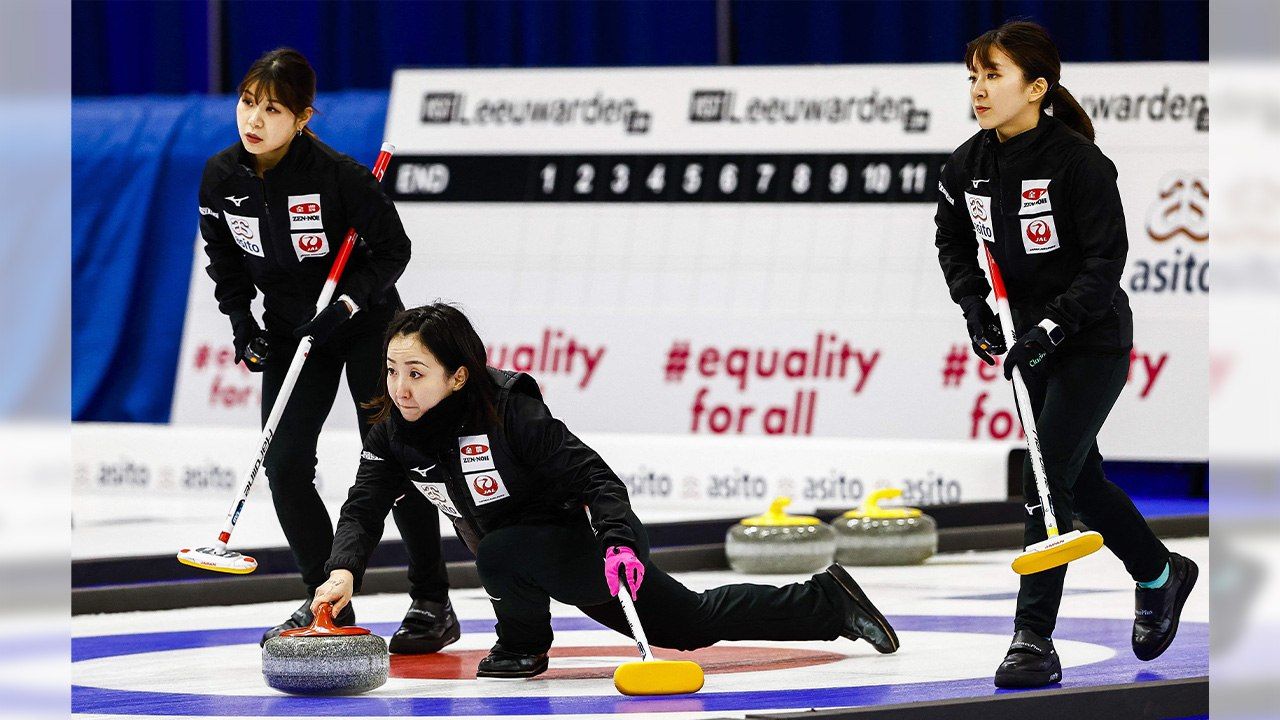 Sports Feb 9, 2022
At the 2018 Pyeongchang Winter Olympics, curling team Loco Solare became a media sensation with its chatter on the ice and by winning Japan’s first medal in the sport, a bronze. Hailing from Japan’s curling heartland, Tokoro in Hokkaidō, the team is aspiring to make an even bigger splash in Beijing.

Japanese women’s curling team Loco Solare clinched its second-straight Olympic berth with a second-place finish at the final qualifier for the games in December 2021. All the members of the Hokkaidō-based team hail from Kitami, save for Asahikawa native Ishizaki Kotomi, who joined in 2020. Fujisawa Satsuki signed on a few years prior to the club’s first Olympic outing in Pyeongchang, but sisters Yoshida Yukari and Yoshida Chinami have played together with Suzuki Yūmi since elementary school in the Tokoro neighborhood of Kitami.

Tokoro is Japan’s curling heartland. It supports dozens of teams, forming the backbone of the sport nationally, and has produced numerous Olympic curlers.

Set on the Sea of Okhotsk, the town of 5,000 boasts vibrant farming and fishing industries, including scallop cultivation. Yet the passion of one man, the late Oguri Yūji, helped it also to become a focal point for curling.

Oguri became smitten with curling when he encountered the sport in 1980 and devoted himself to promoting it, eventually serving as the first president of the Tokoro Curling Association. He helped build the first outdoor curling rink in Tokoro, and organized the town’s first tournament.

The sport proved popular with all age groups, and it quickly became a favorite community pastime. Eventually, enough teams were formed to support a league.

From Tokoro to the World Stage

Oguri’s enthusiasm for curling knew no limits. Dreaming of nurturing Olympians in Tokoro, he encouraged children to take up the sport, and coached them himself. His regimen, starting with basic strength training, was demanding, but Oguri’s kindness won the affection of his young charges.

The Yoshida sisters and Suzuki were among his pupils, along with Hashimoto Mari, founder of Loco Solare and fellow squad member in Pyeongchang.

Oguri would not see his former students win bronze in 2018, however. The father of curling in Tokoro passed away at 88, just months before Pyeongchang. After medaling, Hashimoto expressed her gratitude by declaring that “without Oguri, I would not be in curling.”

Hashimoto retired from competition after Pyeongchang, but has gone on to become the team representative. She has also followed in Oguri’s footsteps, devoting herself to training young athletes.

Loco Solare has already fulfilled Oguri’s dream, but at the Beijing Games, the team hopes to improve on its performance in Pyeongchang and is ready to face the world’s best on the ice.

(Originally published in Japanese. Banner photo: From left to right, Yoshida Yukari, Fujisawa Satsuki, and Suzuki Yūmi play in a match against South Korea during Olympic qualifying in Leeuwarden, the Netherlands, on December 17, 2021. © Jiji.)