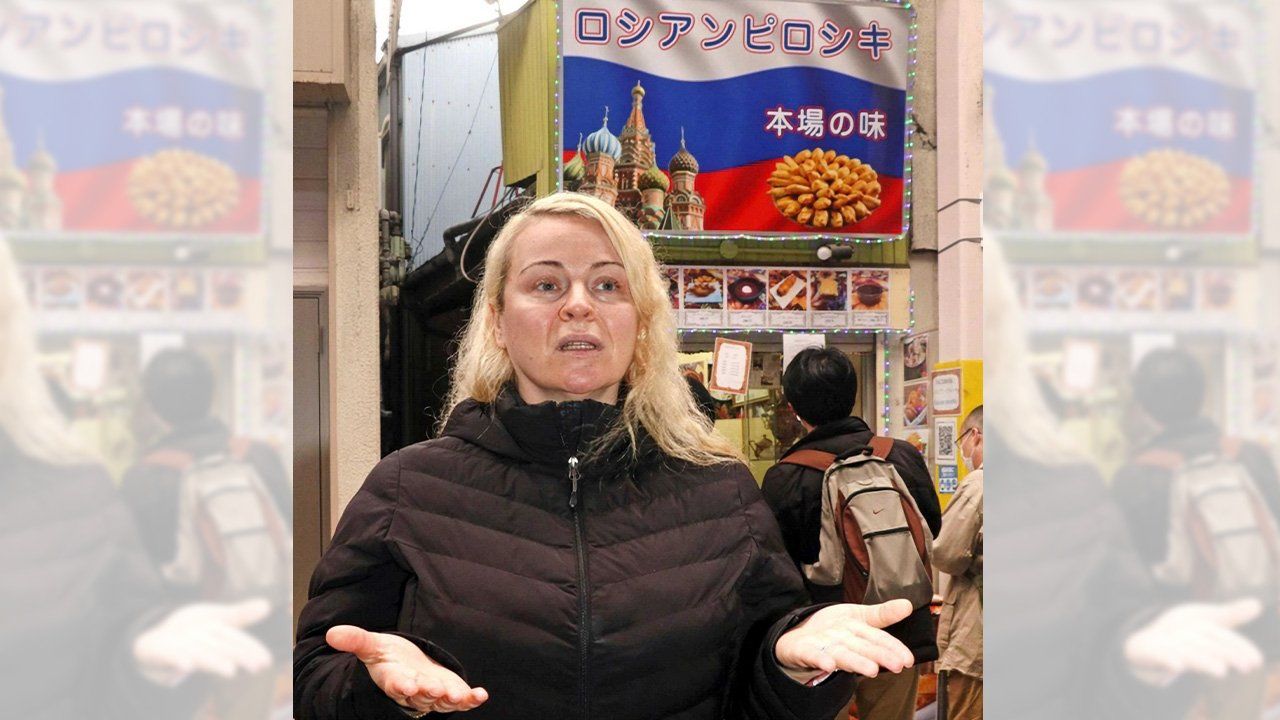 Indiscriminate Harassment of “Russian” Restaurants in Japan Targets Both Sides

Society Mar 24, 2022
Since the Russian invasion of Ukraine began in February, there has been online harassment of Russian restaurants in Japan. A Ukrainian restaurant owner in Kobe tells her story.

[Kobe Shimbun] Ukrainian Olga Vangelyeva, owner of the Rosian Piroshiki (Russian Pirozhki) restaurant in Kobe’s Nada Ward, was lost for words earlier this month when she saw the establishment’s user review page. Someone had posted pictures of what looked like the corpses of Russian soldiers.

There were comments like “It’s all weird food” and “Is this traditional Russian cuisine?” accompanied by a low rating that did not seem to be from an actual customer.

She knew that there had been online harassment of restaurants selling Russian food in Hyōgo and Osaka Prefectures, but it was a shock to be targeted herself. It shook her enough to consider the possibility of the attacks expanding to the restaurant itself or its staff members, and think about closing temporarily.

When Vangelyeva checked the poster’s account, she found similar posts at other Russian restaurants across Japan. These were later deleted, so it was no longer possible to find the account, but Vangelyeva says, “My heart breaks to think that we might lose customers. Maybe it was just a joke, but for me, it’s unforgivable.”

Vangelyeva is from Mariupol in the southeast of Ukraine, which is under heavy bombardment by Russian troops. It is near the Russian border, and she herself speaks Russian. She arrived in Japan in 2001, and has worked for a trade company and at Russian restaurants in Kobe. In 2018, she opened the pirozhki restaurant with a friend.

Vangelyeva’s 76-year-old mother remains in Mariupol, and she has not heard from her since a March 2 telephone call, when her mother said she could hear the sound of gunfire. The besieged city has lost water and power, and Vangelyeva says, “I try to call her more than 100 times each day but can’t get through. “I’m so worried I can’t sleep. I just want her to be alive.”

(Translated from Japanese. Banner photo: Olga Vangelyeva outside her restaurant in Kobe. Article and photo by Ryūmon Kazuaki.)