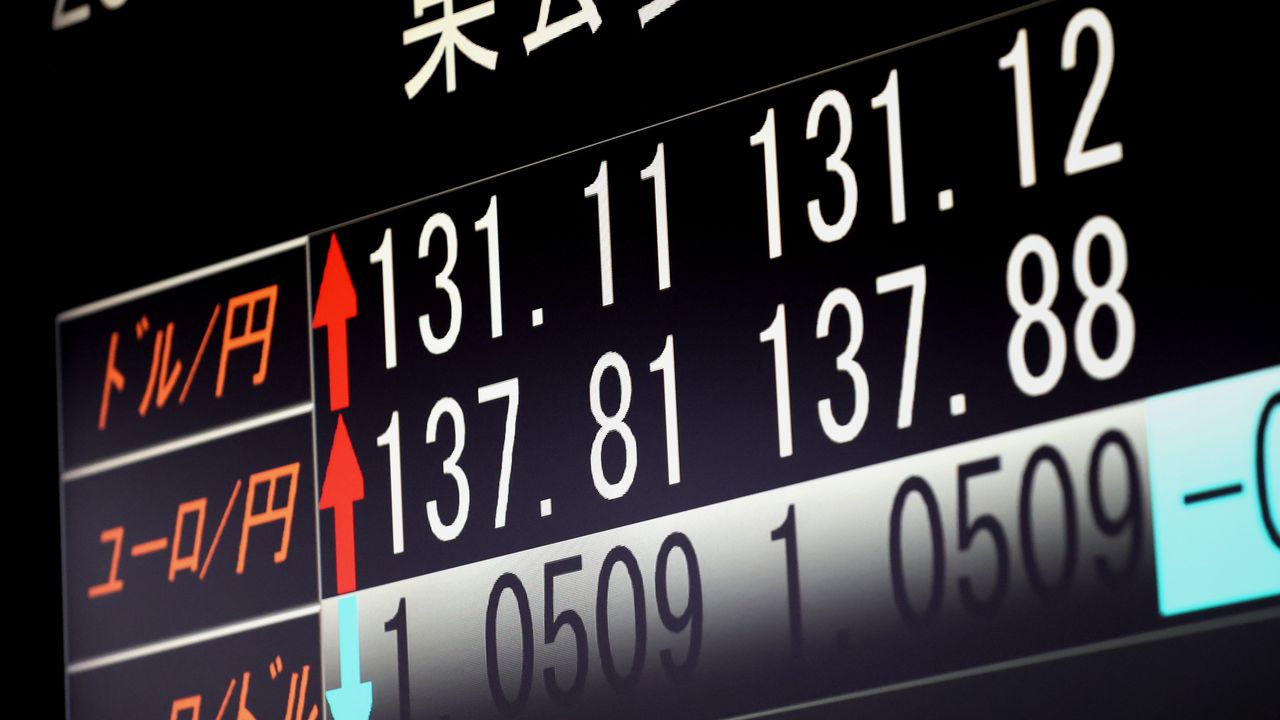 A Weakening Yen Puts Japan to the Test

Economy Politics Jun 17, 2022
The rapid depreciation of the yen combined with surging fuel costs has led to a sharp rise in prices. The media is painting the yen’s decline in a negative light, but the current weakening of the yen is far different from what has happened before. The economic analyst Kaya Keiichi explains the situation in relation to the structural problems of Japan’s economy.

The Japanese yen has depreciated at an unprecedented pace. After trading at 104 to the US dollar at the start of 2021, the yen began to weaken, a trend that accelerated in 2022. By June, the yen was well below 130 to the dollar, a low not seen in decades. This depreciation is occurring at a speed unseen in recent years.

The principal reason for the yen’s decline is the divergence of the monetary policies of Japan and the United States, along with the growing expectation that the spread in interest rates between the two countries is about to widen.

Since the financial crisis of 2008, central banks have actively purchased government bonds and have supplied markets with liquidity through quantitative easing. With the exception of Japan, such policies have had some success, and the US Federal Reserve has terminated its QE policy. The Fed is also moving to normalize its monetary policy, such as by raising interest rates in March 2022.

Meanwhile, the Bank of Japan is continuing its policy of quantitative easing and shows no sign of altering its monetary stance, at least at the present moment. Rather than changing its policy, the BOJ is engaging in such market operations as fixed-rate purchase operations, where it suppresses the interest rate by purchasing an unlimited amount of Japanese government bonds when the rate rises above a certain level. It appears that the BOJ is prepared to maintain monetary easing by whatever means are necessary.

Despite the Federal Reserve turning to tightening to normalize its policy, the BOJ appears intent on continuing the massive supply of liquidity to maintain a low interest rate. Naturally, this will invite the depreciation of the yen. Unfortunately, a global inflationary trend has accelerated in 2022, which is propelling the yen’s decline still more.

The Tide Turns for the Yen

Prices began to rise in the second half of 2021, buoyed by expectations of an economic recovery following the COVID-19 pandemic. Russia’s invasion of Ukraine in February 2022 then caused the prices of crude oil and food to shoot upward. With a US public sensitive to rising prices and midterm elections approaching in November, the administration of President Joe Biden has become nervous about inflation. Further hikes in gas prices are highly likely to weaken public support, and controlling inflation has become a priority issue for the White House. The market is currently suggesting that the Fed will raise interest rates at a more rapid pace. Should that come to pass, the spread between Japanese and US interest rates will widen further, making it that much easier to sell yen.

The two countries’ interest rates have diverged before, and such spreads did not necessarily lead to the sale of yen. Why then is the current divergence bringing about this sharp depreciation? This is explained by changes in the basic structure of Japan’s economy, which has resulted in the decrease of yen purchases based on actual demand.

Japan’s postwar economy was basically powered by export-led growth, with the lead actors always being export industries. Companies selling products abroad for dollars needed to convert these dollars into yen to pay the wages of their domestic employees. For this reason, the demand among exporters to sell dollars for yen was a constant presence during the years when exports were vigorous.

Since the 1990s, however, Japan’s manufacturing industries have struggled to shift to high value-added products, and they have been forced into price competition with South Korea, Taiwan, China, and other emerging economies. As a result, in order to cut costs, Japanese companies shifted their production facilities overseas at a rapid pace, hollowing out Japan’s economy. The foreign currencies earned by these offshore subsidiaries were retained by them. Since such earnings were not remitted to Japan, yen purchases based on the actual demand of export industries have declined in recent years.

In addition to this blow from the export sector, foreign investors are no longer purchasing yen. Japan was once the world’s second largest economy, until it was replaced by China. Many investors sought to hold yen as a safe asset, second only to the greenback. This meant that there was always a certain level of demand to purchase yen. With the decline of the global standing of Japan’s economy, however, such demand also waned. This disappearance of actual demand for yen purchases was recently joined by the widening Japan-US interest rate spread, prompting the yen to depreciate beyond expectation.

In other words, the yen’s current fall is largely explained by structural factors and is ensuing from a Japanese economy that has turned sluggish from the diminished competitiveness of export industries. Most Japanese people once believed that the depreciation of the yen was a thing to be welcomed, calling for policies to induce the weakening of the currency. But the current situation is quite different.

Yanai Tadashi—president of Fast Retailing, operator of the Uniqlo clothing chain and one of Japan’s leading companies—has stated that there is nothing to gain from the depreciation of the yen. Even in the years when exports were strong, the yen’s depreciation was an adverse factor for households, since a weaker currency meant higher prices for imported goods. This adverse effect, however, tended to be exceeded by the positive impact on Japan’s economy of export industries’ increased earnings resulting from the weaker yen.

In recent years, though, in addition to the benefits of a weaker yen not being fully realized due to the reduced competitiveness of Japanese companies, imported products have expanded to include smartphones, personal computers, and household electrical appliances, along with food and energy. This being the case, household finances are the sector of Japan’s economy that are being squeezed particularly hard by the depreciation of the yen.

Owing to the persistent weakness of domestic consumption, Japanese companies have been unable to pass on the increased cost of imports to the prices of products. The GDP deflator (an indicator of the change in prices derived by dividing nominal GDP by real GDP) fell far below zero in October–December 2021. If companies can pass on the increase of import prices to product prices, the domestic demand deflator rises, and the broader GDP deflator does not dip deeply into negative territory. The negative GDP deflator underscores that companies have been unable to pass on price increases in the form of the prices of manufactured goods.

It is generally the case that the value of a nation’s currency will trend in accordance with economic fundamentals. Through a process of depreciation, the currency will reach a new equilibrium point, and the industrial structure will adjust accordingly. Special circumstances, however, apply in the case of Japan, making it difficult to reach an appropriate equilibrium point. The principal reason for this state of affairs is the massive amount of debt held by the government.

Continuing his above statement, Fast Retailing’s Yanai states that the yen depreciating further would adversely affect the finances of the Japanese government. The debt held by Japan is currently about ¥1 quadrillion, a figure far larger than any other advanced economy. Even so, the government’s interest payments are negligible given the zero interest-rate policy the BOJ is maintaining. Inflation, however, is surging globally, and Japan will not be able to avoid its effects. Domestic prices are gradually rising despite the difficulty Japanese companies have in passing on higher import prices to consumers. There can be no doubt that interest rates will experience upside pressure in the near future. Should prices increase in Japan and the interest rate climb to about the US level (2.8% as of April 2022), the Japanese government’s annual interest payments will theoretically come to ¥28 trillion.

With the maturities of JGBs averaging about nine years, it will take a few years before the government’s interest payments rise to this level. Japan’s total tax revenues, however, amount to only ¥57 trillion. Should the interest rate in Japan increase to the level of the United States, this will mean that half of all tax revenues will disappear in interest payments.

Accordingly, the BOJ cannot readily increase the interest rate, which the government does not want in any case. This being the case, the BOJ will be compelled to maintain an accommodative monetary policy, which will accelerate the depreciation of the yen.

Since the Japanese government holds ¥1.1 quadrillion in assets, debt of ¥1 quadrillion is unlikely to raise concerns about credit risk. However, some of the assets held by the government include those that are effectively without value, and there are not all that many that can be sold on the market. It would not be desirable for government debt to increase further, and issuing JGBs to cover budgetary constraints would be a dubious choice to make.

Naturally, concerns about higher interest payments will weigh on economic stimulus measures and other discretionary spending, which has the potential of further cooling consumption. It is highly probable that the government’s mounting interest burden will also worsen corporate earnings and become a headwind for housing loans.

There is only one choice for Japan. It must monitor the fiscal situation and the direction of the economy to maintain an overall balance while it increases the interest rate in stages. Higher rates will naturally come with pain. This being the case, the greatest concern for Japan is the apparent lack of strong will in political circles to face this reality and to work to improve the situation.