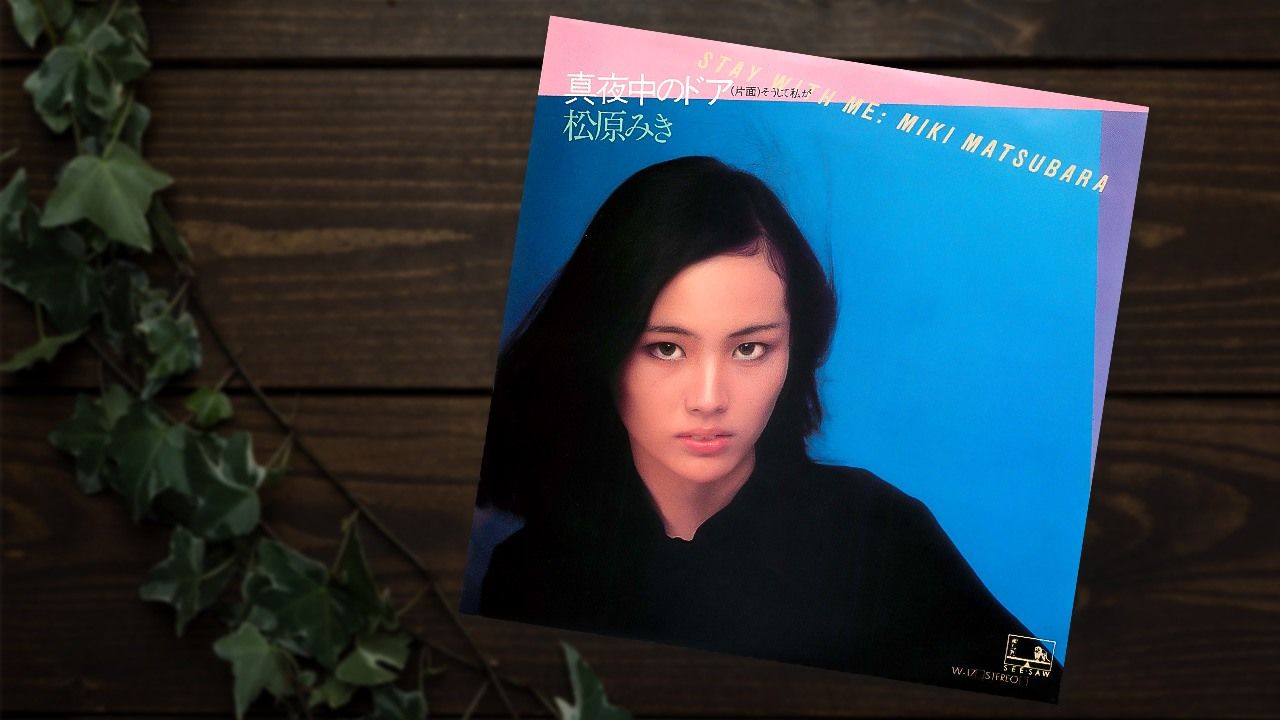 Mayonaka no Door: The Story Behind a 100 Million-Play YouTube Phenomenon

Culture Music Entertainment Aug 1, 2022
Japan’s “city pop” music has enjoyed a surge in international popularity in recent years. The track of the moment is Matsubara Miki’s disco-tinged 1979 hit “Mayonaka no Door/Stay with Me,” which recently topped Spotify’s Global Viral 50 for 18 days straight, broke Apple Music’s J-pop top 10 in 92 different markets, and has already racked up over 100 million plays on YouTube. Songwriter Hayashi Tetsuji talks about his song’s staggering revival. 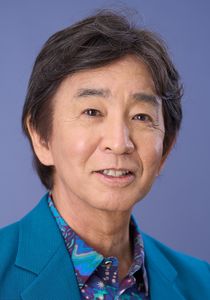 Composer. Following his own debut as a singer/songwriter in 1973, he pivoted to writing for others, going on to forge an impressive resume of over 1,500 songwriting credits, including multiple city pop hits, including Takeuchi Mariya’s “September” (1979), Matsubara Miki’s “Mayonaka no Door/Stay with Me” (1979), and Anri’s “Kanashimi ga tomaranai” (I Can’t Stop the Loneliness; 1983). Has also composed extensively for cinema, TV, and events, as well as maintaining active participation in live performance, including the Song File Live event series, which treats audiences to a rich selection of classic hits.

Picture the scene: It‘s 1979, and up-and-coming songwriter Hayashi Tetsuji receives a new request from Kaneko Haruhiko, director of prominent record label Pony Canyon. “He wanted a song for this new female singer,” Hayashi recalls, “But that it had to have an all-out Western pop feel to it. Back then, even when you got an order for a ‘Western-style’ song, the norm was to also include a kayōkyoku Japanese pop dimension just to make sure it would sell in the home market. But for this piece, Kaneko said I could forget about that entirely, which I remember thinking was quite a bold move.”

The result was Matsubara Miki’s debut single “Mayonaka no Door/Stay with Me” (Midnight Door/Stay with Me), released on November 5 that same year. It was Hayashi’s recognized knack for coming up with strong songs and arrangements before the addition of any lyrics that saw Kaneko reach out. But even so, the songsmith remembers, it was the first time he had been tasked with creating a melody specifically to suit English words:

“We didn’t have any lyrics up front, and I hadn’t met Miki either. I’d been told she had a background in jazz singing, but at that stage I don’t think I’d even seen her picture. I often used to come up with melodies having at least had a look at a vocalist’s photo and hearing their singing voice. But for this one, my overriding memory is the absence of any guidance other than ‘make it Western style.’ I suppose Kaneko’s idea was that supplying as little advance information as possible would give me the absolute freedom to come up with something interesting.” 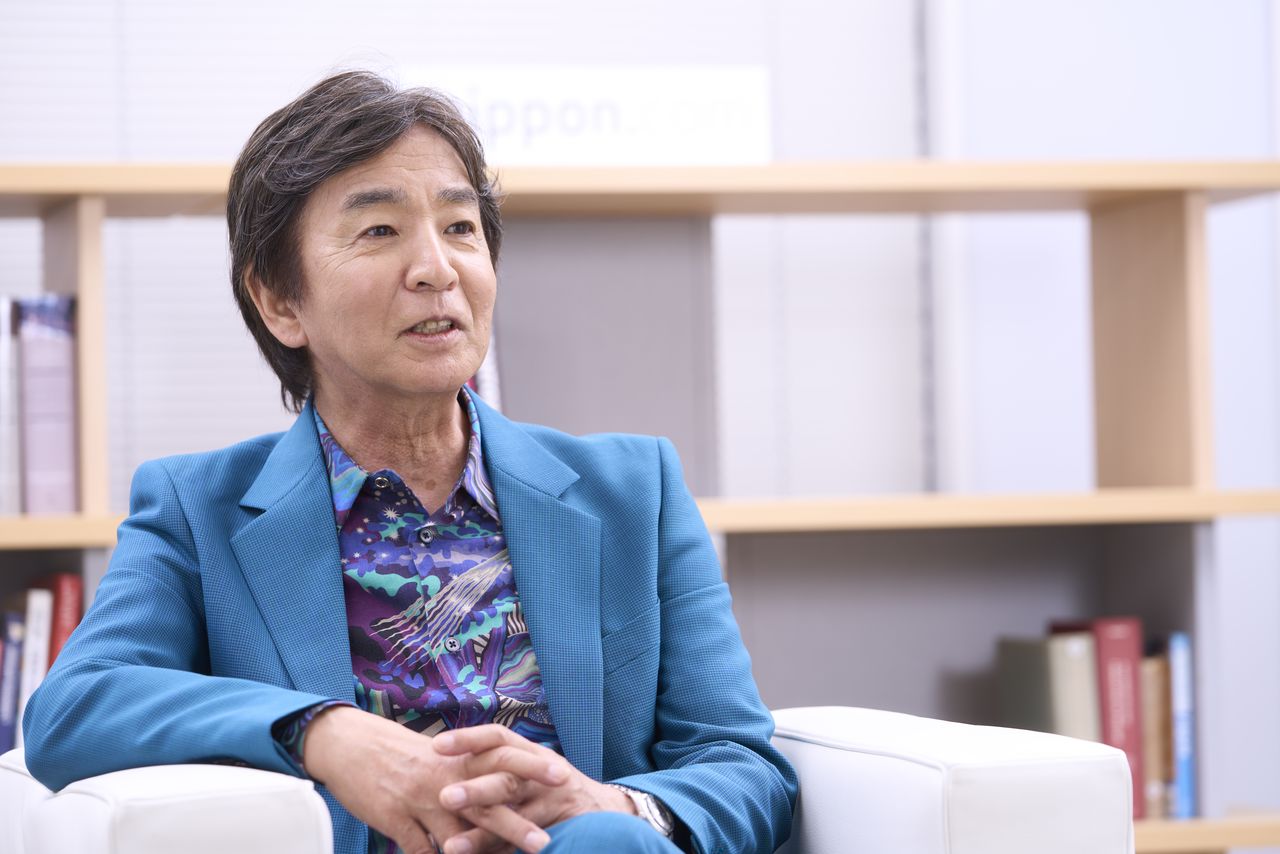 One of three Hayashi compositions on Matsubara’s debut album, the 1980 Pocket Park, “Mayonaka no Door” was chosen from several candidates to become the flagship single. “As instructed, I came up with a melody tailored for English lyrics and submitted the score to Kaneko along with a demo tape. Back then, I used to set up a drum machine and sing along while playing my guitar and taping it all on a boombox. I used a semi-acoustic guitar without running it through an amp, and the natural resonance of the body gave a dry, cutting tone that provided a cool-sounding complement to the overall vibe.”

Upon its release, the single was a major hit, selling over 100,000 copies, according to music industry record-keepers Oricon. But did Hayashi realize at the time that he was onto something special? “I feel like ‘Mayonaka no Door’ was born from a convergence of chance and necessity,” he responds. “I always used to write my tracks with a Western pop sensibility, but when drafting the scores to hand in, I would often find myself making adjustments: tweaking a melody line to better suit Japanese vocals, or perhaps leaving something alone if it gave a unique feel. But with ‘Mayonaka,’ I didn’t tweak anything, because the melody was already composed with English in mind. I thought it was a good tune, but I don’t remember feeling unusually confident about it.”

By Japanese standards, the song itself employs a relatively simple structure—two introductory verses followed by a chorus verse, an instrumental interlude, and a repeat of the chorus. Steering clear of an additional fourth verse or final iteration of the main hook, approaches typical of many kayōkyoku, accentuates the Western pop feel, and perhaps that combination of a more universal structure with a melody suited to English lyrics is the basis of the song’s newfound global popularity. It was quickly approved for use with no adjustments by Pony Canyon director Kaneko, so Hayashi’s next task was to arrange and record a backing track for this song that had still yet to receive any lyrics. For this task, he was joined by a stellar cast of young session musicians who would go on to play on numerous city pop hits. And as Hayashi explains, this team, including drummer Hayashi Tatsuo, bassist Gotō Tsugutoshi, and guitarist Matsubara Masaki, was crucial to how the song turned out:

“Unlike classical music, with pop, not everything is written in musical notation. The score may just give directions like chord names or ‘break,’ and how to interpret those is down to the individual players and their own technique. You usually know which musicians you want to work with on a particular song you’ve composed, and this time, too, it was all guys I was used to working with. As usual, I gave them the score and they ran through it two or three times, trying out different sounds. After a few more suggestions from me, we were ready to record. It only took two or three tries to get the perfect take, and that was a wrap.”

“However,” he goes on, “in those days, we relied on the musicians themselves to come up with the precise tonal palette and detailed phrasing. Unlike nowadays, when you can sit alone in front of a computer and fine-tune every aspect of the music yourself, back then, each track was a cocktail of ideas contributed by multiple people. It was me who came up with the idea of a sax solo for the interlude and a guitar solo for the outro, and because fade-outs were rare in kayōkyoku I suppose that was another aspect that gave things a Western feel. It’s funny now how all the recent cover versions precisely copy Masaki’s guitar phrasing and Miki’s vocal on the outro, because both of those were recorded ad-lib, so it would have been fine to change them. That’s one thing that has really stood out to me.”

Another possible reason that “Mayonaka no Door” has resonated so readily with listeners overseas is the tempo. Weighing in at around 108 beats per minute, it is of a similar pace to many US pop hits from the same period. But Hayshi insists that this wasn’t a consideration during recording: “More than the tempo, I was focused on achieving the right 16-beat groove. I wanted to see if we could capture the cool vibe of American soul and adult-oriented rock. And that drive to create something distinct from kayōkyoku also resonated with the young musicians I was working with at the time. A few months earlier, I had penned Takeuchi Mariya’s ‘September,’ and artists like Yūming and Anri were already on the scene. That was the kind of backdrop against which ‘Mayonaka no Door’ was born.”

Having enjoyed consecutive hits with “September” (which also sold over 100,000 copies) and “Mayonaka no Door,” Hayashi quickly found himself catapulted into the spotlight as one of the hottest songwriters around.

However, Hayashi himself had been unable to make it in person to the recording of Matsubara Miki’s vocals. How did he feel when he heard the finished track? “At the time, Miki was still only 19, so I was surprised at how mature her vocals sounded. It all seemed to have come together really nicely, though I did feel she sounded like she was having a bit of trouble with the final ‘to youuuuuuu’ in the intro. But it doesn’t really matter that the English sounds kind of Japanese-y, and that intro chorus is only one part of the overall sound, the overall arrangement.”

As Hayashi explains, while Takeuchi Mariya’s “September” and “Mayonaka no Door” may have been composed using different approaches, both tracks relied on the addition of vocals for the chemical reaction that turned them into smash hits. “There’s a comparison that I often make with ‘September.’ The melody for that song is so full-on kayō-pop that I was almost reluctant to submit it. But with the addition of Mariya’s vocals, it took on an American pop feel. In contrast, ‘Mayonaka was composed from the start with a Western-style melody in mind. But Miki’s sultry vocals give it a jazzy, sophisticated vibe that takes it in a kayō-pop direction. That said, the eventual success of a track isn’t solely down to the strength of the song itself. It takes the involvement of lots of people to make a hit, and each track has a destiny of its own.”

So, what does Hayashi himself think about the recent global success of “Mayonaka no Door”? “I don’t really know what to make of it all,” he says. “The fact that it has cleared 100 million plays is probably because we’re now in an age where, when there’s a buzz around a song, anybody can easily take a listen online. I’m happy that people have taken to it in the way they have, but of course that doesn’t necessarily mean they’ll decide to buy it for themselves—which is a key difference. So, in that sense, I’m trying to stay somewhat cool about this revival.” 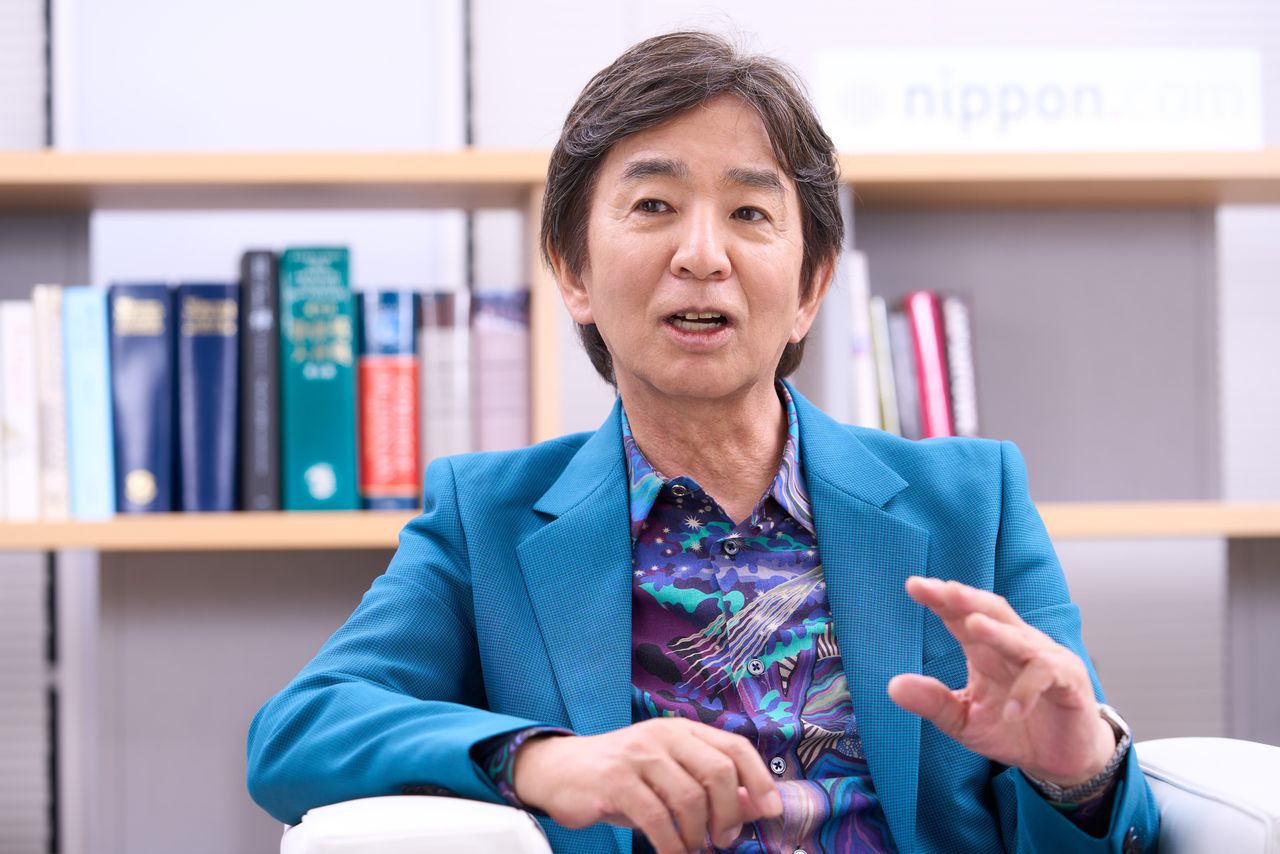 Sadly, Matsubara Miki herself passed away in 2004, at the young age of 44, from cervical cancer. But “Mayonaka no Door” continues to stand as her greatest hit and the most enduring showcase for her vocal charms.

However, Hayashi still harbors some regrets about what more they could have achieved. “We kept on chasing success, and we worked on many songs together, of which I think ‘Mayonaka is probably the most fully realized,” he explains. “But if you were to ask me my own personal favorite, there are a number of others that I really like. I love to create poignant melodies for the later verses and the chorus, and those are things that worked very well with Miki’s mellifluous voice. But of course, as a songwriter, you don’t get to choose which of your own pieces ultimately go on to become standards.

“Back in those early days I do feel like I may have written tracks that could have brought even more out of her. But she used to fret too much about recording, to the extent that there were times when I even saw her cry. I only wish we could have let all that tension go and had a bit more fun creating together.”