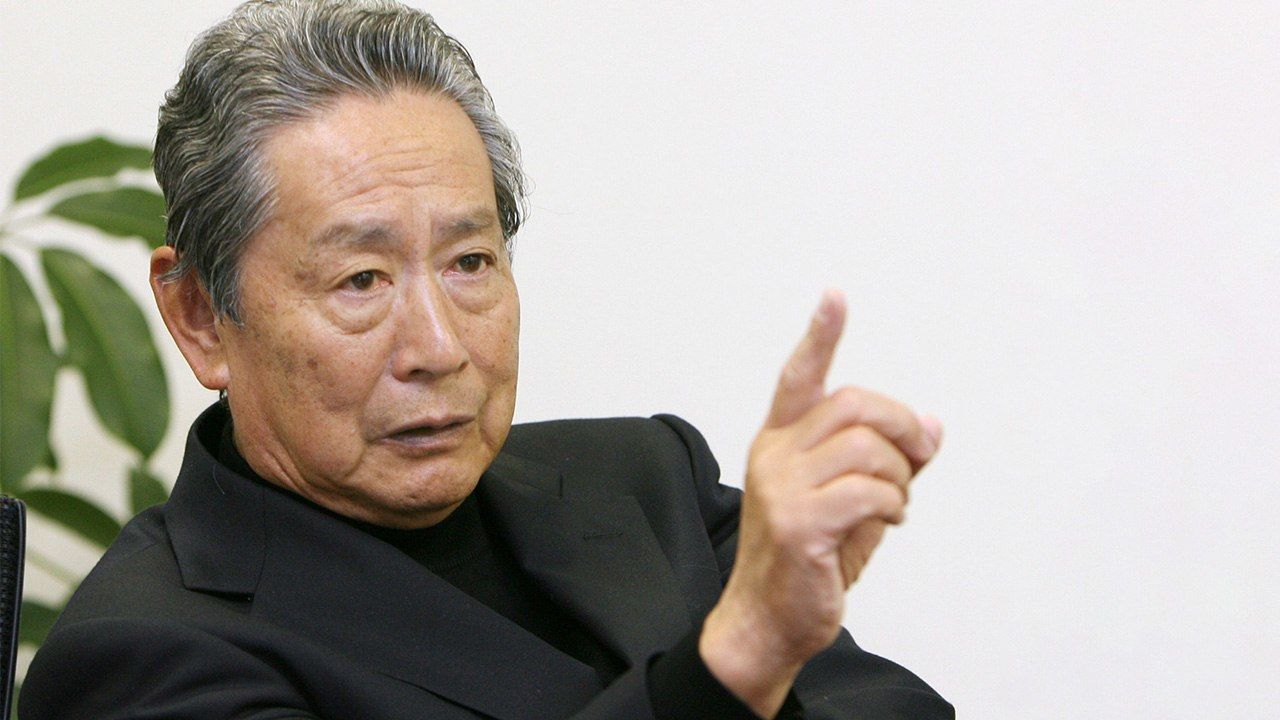 What Idei Nobuyuki Did for Sony

Economy People Jul 29, 2022
Idei Nobuyuki, former head of Sony, died on June 2, 2022, at the age of 84. During his tenure as president, he oversaw the launch of the VAIO laptop computer and the AIBO robot, doubling the company’s sales. His masterful insight at the helm allowed him to foresee the advent of the internet before most others, but during his tenure Japan’s electronics industry experienced wild fluctuations of fortune.

Idei Nobuyuki was first hired by Sony in 1960. After serving as head of the Audio Division and the company’s advertising operations, he took over as president in 1995. Appointed by Ōga Norio, himself a protégé of company cofounder Ibuka Masaru, Idei took on the grave responsibility of running what by then had become a global corporation.

Idei introduced the phrases “Re Generation” and “Digital Dream Kids” to replace the catchphrase “It’s a Sony,” and he adopted the concept of economic value added, which placed greater importance on investment as a management index. EVA is derived by subtracting capital costs from operating profit after tax. It is used to control capital efficiency so as to ensure maximum profit from minimum assets, and it reveals signs of management performance that remain invisible when looking only at sales and net profit. This was an indication that Idei, who had only a weak connection to the generation of the company founders, had a feeling that Sony—a company that had grown used to constant successes—was facing a crisis.

“The internet will have the same effect on the business world that a meteorite once had on the dinosaurs: Anyone unable to adapt will be wiped out.”

Idei wrote this in a petition submitted to then President Ōga Norio advocating the need to adapt to the internet after having been stunned by US Vice President Al Gore’s 1993 statement advocating an “information superhighway.” At the time, Sony was still focused on manufacturing, thanks to its major successes with the Walkman and the video camera. But former Sony executive and current CEO of Soramitsu Miyazawa Kazumasa, who developed the Sony VAIO line of personal computers under Idei’s direction, notes: “Idei’s warnings that the internet will have a major impact on Sony were largely ignored within the company.”

During the early days of the personal computer in the 1980s, Idei had chalked up a failure with the HiTBiT personal computer that was compatible with the MSX architecture standard. On his fourth attempt, he launched the GI Project shortly before Sony introduced its VAIO computer. The “G” stood for Intel CEO Andy Grove and the “I” stood for Idei himself.

As Miyazawa reflects, “Idei came up with the notion that Sony had to be involved in both personal computers and the internet around that time.”

Idei then promoted Sony’s digital network business through actions such as his establishment in November 1995 of Sony Network Communications, which ran the internet provider So-net.

During Idei’s tenure, Apple founder Steve Jobs introduced the iPod in 2001 and turned iTunes into a viable commercial enterprise. In an instant, the iPod replaced the MiniDisc and the cassette tapes used by the Walkman. In a 2007 discussion with Microsoft founder Bill Gates, Jobs stated: “If you zoom out and you say, why does the iPod exist? Why is Apple successful in this business? What’s the answer? Because the Japanese [consumer electronics] companies who were the preeminent hardware makers just couldn’t do software as well it needed to be done.”

As awareness of the impending crisis grew within the Sony Group, then-Sony Music CEO Andrew Lack went to the corporate headquarters in Japan in 2003, showed them an iPod, and described it to them as a “Walkman-killer” in an attempt to convince the firm to integrate hardware and music streaming. But Sony was betting on exclusiveness in the form of measures aimed to prevent the copying of proprietary music content, which led to the crushing defeat of both its hardware and music streaming businesses.

The EVA management index also led to Sony becoming entangled in a trap of its own making. When the Japanese Ministry of Economy, Trade, and Industry launched its “Japan Liquid Crystal Display” project designed to boost the development of the domestic LCD industry, Sony went in a different direction and established an LCD joint venture with Samsung in South Korea. Subsequently, when Sharp faced a crisis as a result of its massive investments in LCDs, there were some who lavished praise on Idei for his wise decision. However, when one considers the advances that South Korea and China made in the LCD industry through the use of incentives, it seems possible that if Sony had participated in the domestic project, the outcome may have been different.

One of the reasons why Sony curbed its LCD investments may have been EVA. Although EVA is an indicator that allows assessments of short-term performance and is easy to adapt to corporate financial accounts, net present value, which is an indicator of investment that provides a multi-year view, is considered the index that is better suited to decisions on investments.

Moreover, at the time Sony reflected the remuneration in each division in its EVA calculations. Because the figures improve if one restricts investment, it may well be that Sony’s reliance on EVA as a yardstick led it to reduce all new investments, not only those in the LCD sector. This slowed the company’s innovation, which in turn triggered a backlash within the company.

There are still corporations that use EVA, and it is certainly not mistaken conceptually. In his book Mayoi to ketsudan (Decision and Indecision), which Idei published after leaving Sony, he devoted a page to “misunderstood EVA” and characterized criticisms that it made it “impossible to engage in long-term investment” as “missing the point.”

In a statement about PlayStation, currently Sony’s leading product, a Sony veteran who knows both men said, “Idei was apathetic about it. Kutaragi Ken, who directed its development, had a hard time as a result.” Idei was worshipped as charismatic corporate leader, but he was also described by a US business magazine as “the world’s worst manager.” The Sony veteran defends him, however, stating that “Idei wasn’t responsible for everything. Subsequent company presidents and directors who didn’t understand his intentions also bear a large portion of the responsibility.” Idei had a love-hate relationship with the praise and criticism offered by others, but his name will live on as a corporate manager active during the time when the Japanese electronics industry reached its pinnacle.