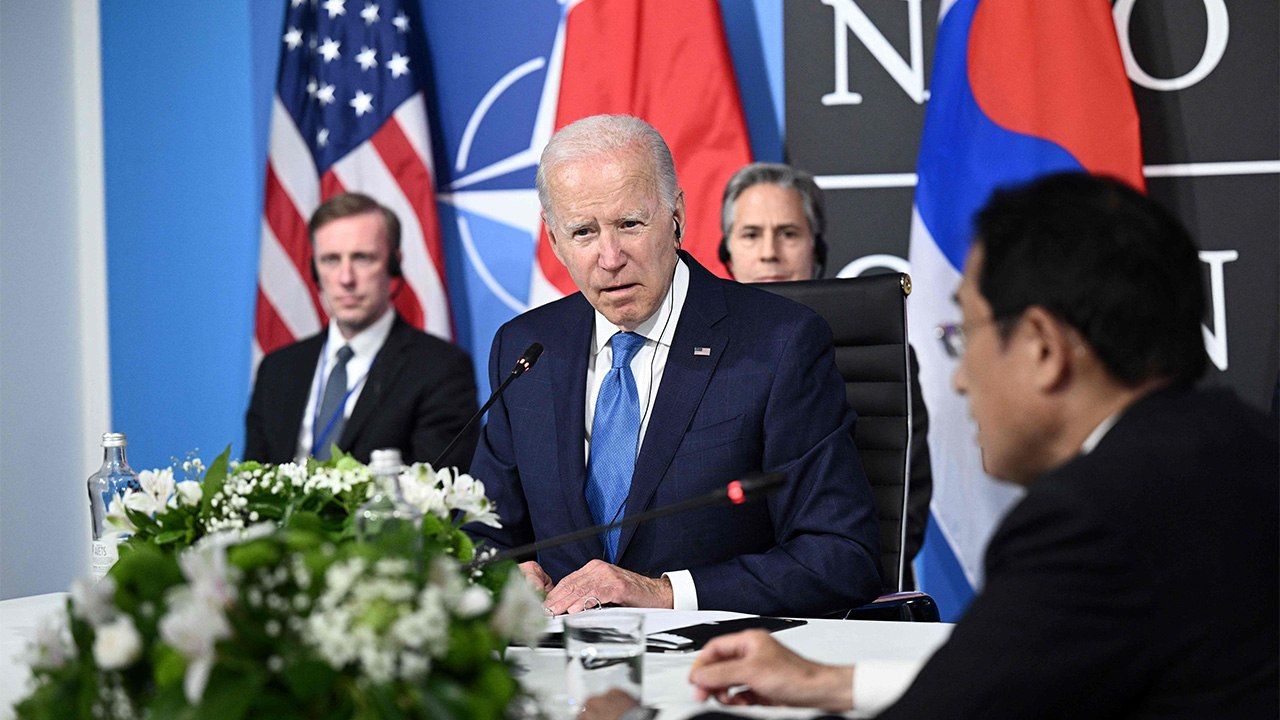 How Should Japan Use an Increased Defense Budget? 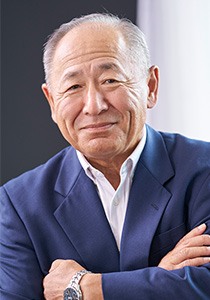 Born in Hokkaidō in 1954. After graduating from the National Defense Academy, joined the Maritime Self-Defense Force. Studied at the US Naval War College, receiving the institution’s highest award for his graduation thesis. Became chief of the Joint Chiefs of Staff in 2014. Retired in April 2019 after receiving three extensions beyond the normal retirement age, staying in the role for an unprecedented four and a half years.

Looking at R&D and Other Defense Expenditures

INTERVIEWER  Assuming Japan substantially increases its defense spending, what areas do you think should be strengthened or supplemented?

KAWANO KATSUTOSHI  Approximately 5.4 trillion yen was allocated to defense for the 2022 fiscal year. Around 40 percent was dedicated to Self-Defense Forces personnel and food expenses, while only 20 percent was allocated to frontline platforms such as destroyers, fighter jets, and tanks. Nevertheless, priority has long been given to the peacetime maintenance of these platforms. This has forced the SDF to deprioritize the purchase of ammunition, fuel, and servicing equipment and parts essential for proper functioning of these platforms during actual combat. These logistical elements are essential for what is known as “warfighting sustainment.” We are now starting to see the impact of budgetary pressures on the SDF. Of course, the purchase of frontline equipment is important, but with extra money I would like to see the government place more emphasis on warfighting sustainment so we can be confident our frontline platforms will operate properly should they be needed during wartime.

INTERVIEWER  Are there other areas that have been underfunded?

KAWANO  There are similar issues with facilities like aircraft hangars, command centers, and officer residences. Some facilities were built in the prewar era, and while have been renovated, they are deteriorating rapidly. This undermines troop morale.

INTERVIEWER  Provisioned by Western nations, the Ukraine government has deployed cutting-edge technologies in its conflict with Russia. Given the changing nature of warfare that we are witnessing, what frontline equipment and platforms should the SDF look at procuring?

KAWANO  The SDF has up until now has been restrained in its approach to procurement. Based on the principle of exclusively defensive defense, the SDF has generally avoided requesting platforms that could be construed as “offensive” to avoid its budget becoming an issue in the Diet. The Maritime SDF might be one of the world’s most competent navies. But what this means is that, while it has been notably strong in areas such as antisubmarine warfare and minesweeping, when we talk about power projection and counterattack capabilities, the MSDF is quite weak, making it quite unbalanced as a navy.

Furthermore, the US-Japan alliance has traditionally been conceptualized as a shield and spear, with a defensively oriented Japan relying on the US military for offensive and strike capabilities. However, the United States no longer has the overwhelmingly military dominance it used to. Japan must also take hold of the spear, and the alliance needs to evolve into one where both partners share responsibility for shield and spear roles. 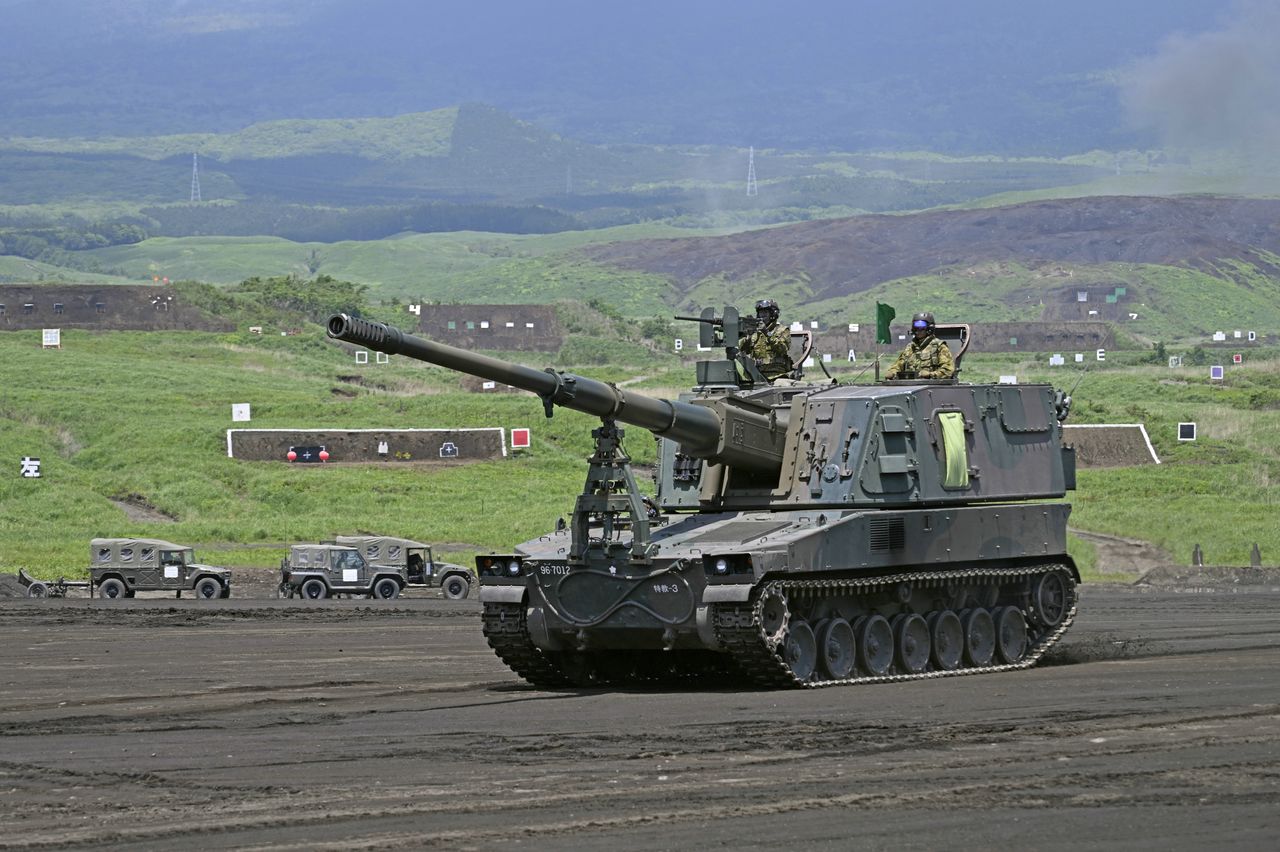 INTERVIEWER  What capabilities will the MSDF need more of in the future?

KAWANO  Japan’s concept of exclusively defensive defense was predicated on the SDF being able to repel direct attacks on Japanese territory without touching or threatening the foreign territory of other countries. These days, however, missiles capable of hitting Japan can be launched from foreign territory. The MSDF should therefore equip itself with missiles with a tactical range of over 1,000 kilometers, and perhaps even consider bombers capable of conducting ground attack missions.

INTERVIEWER  What lessons can Japan take from the war in Ukraine for its own defense?

KAWANO  There is a famous saying: “Amateurs talk strategy. Professionals talk logistics.” In the Ukraine conflict, we’re seeing just how crucial logistical support is for sustaining a military’s ability to continue fighting beyond an initial surge. The Russian plan seemed to have been to attack the capital Kiev and bring it down in a few days with overwhelming power. However, the Ukrainians were able to resist, and eventually the Russians were unable to sustain their positions and retreated due to poor logistical support, especially supplies of ammunition and fuel.

The war has also reaffirmed the need for defense forces to have balanced defensive and offensive capabilities. While support from NATO countries originally came in the form of defensive weaponry, eventually Ukraine asked for systems with greater power projection to push Russian forces back further after they repelled the initial surge. If politicians want to avoid the risk of escalation from fielding offensive systems, this can be controlled by setting specific rules of engagement for the military.

INTERVIEWER  We have also seen drones performing strike and reconnaissance roles in Ukraine.

KAWANO  Recently, Japan has finally deployed Northrop Grumman’s Global Hawk for intelligence-gathering purposes. We could also consider purchasing the relatively inexpensive Turkish Baykar Bayraktar TB2. The unmanned TB2 has proven effective in Ukraine and could fulfill both offensive and defensive roles. Japan also needs to conduct its own R&D to give its drones the attack capabilities it needs.

Preparing for a Taiwan Contingency

INTERVIEWER  The aftershocks of Russia’s invasion of Ukraine have rippled throughout Asia, making a Taiwan Strait contingency seem much more plausible. What are some of Japan’s defense deficiencies when it comes to dealing with a conflict surrounding Taiwan?

KAWANO  Any conflict breaking out over the Taiwan Strait would undoubtedly begin with a battle for control over the sea and airspace surrounding Taiwan. Even if Japan does not immediately back Taiwan and enter the war, Japan’s hosting of American bases means the conflict will inevitably spill over to its territory. We need to do more to prepare for this contingency and strengthen the response capabilities of the SDF. For example, we need to speed up the procurement and deployment of F35 fighter jets while increasing the number of MSDF destroyers.

Thinking about the maritime threat China poses, we probably need to increase the number of destroyers from fifty to at least sixty. During the Shōwa era [1926–89], the Fleet Escort Force was organized into five escort flotillas. The current Fleet Escort Force is, however, organized into just four. To compete with China’s enlarged navy, we need to be able to call on at least two escort flotillas in a state of high readiness at any one time. Currently, we can only rely on one flotilla being prepared for a contingency at any given time.

INTERVIEWER  How do you envision Japan supporting the United States during a Taiwan Strait contingency?

KAWANO  The US military would take the lead by either preventing the landing of Chinese troops in Taiwan or dispatching troops to the area. Based on the current legislative framework, Japan could provide support to the United States in three scenarios: important influence situations, existential crisis situations, and armed attack situations. If the government determines that an unfolding situation is one that would have an important influence on Japan’s security, then the SDF could legally provide logistical support to American forces fighting around Taiwan. The other two scenarios mean a high likelihood of the SDF engaging in direct combat with Chinese forces. However, Japan’s current defense capabilities are insufficient for going toe-to-toe with China. To contribute to the alliance’s ability to push back China during a Taiwan contingency, the SDF needs greater power projection capabilities and warfighting sustainment capacity.

INTERVIEWER  There is a lot of debate over how Japan should deal with missile attacks. What are your thoughts on Japan acquiring so-called “enemy base attack” or “counterattack” capabilities?

KAWANO  The debate in the Diet regarding strikes on enemy bases often focuses too much on tactical aspects like when the missiles are deployed or when they are fueled. Where to target during a response to an attack is, however, ultimately a tactical decision that will be made by the Self-Defense Forces. The crucial question for politicians to decide is the extent to which Japan should field strike capabilities. I would like to see deeper discussion on this. 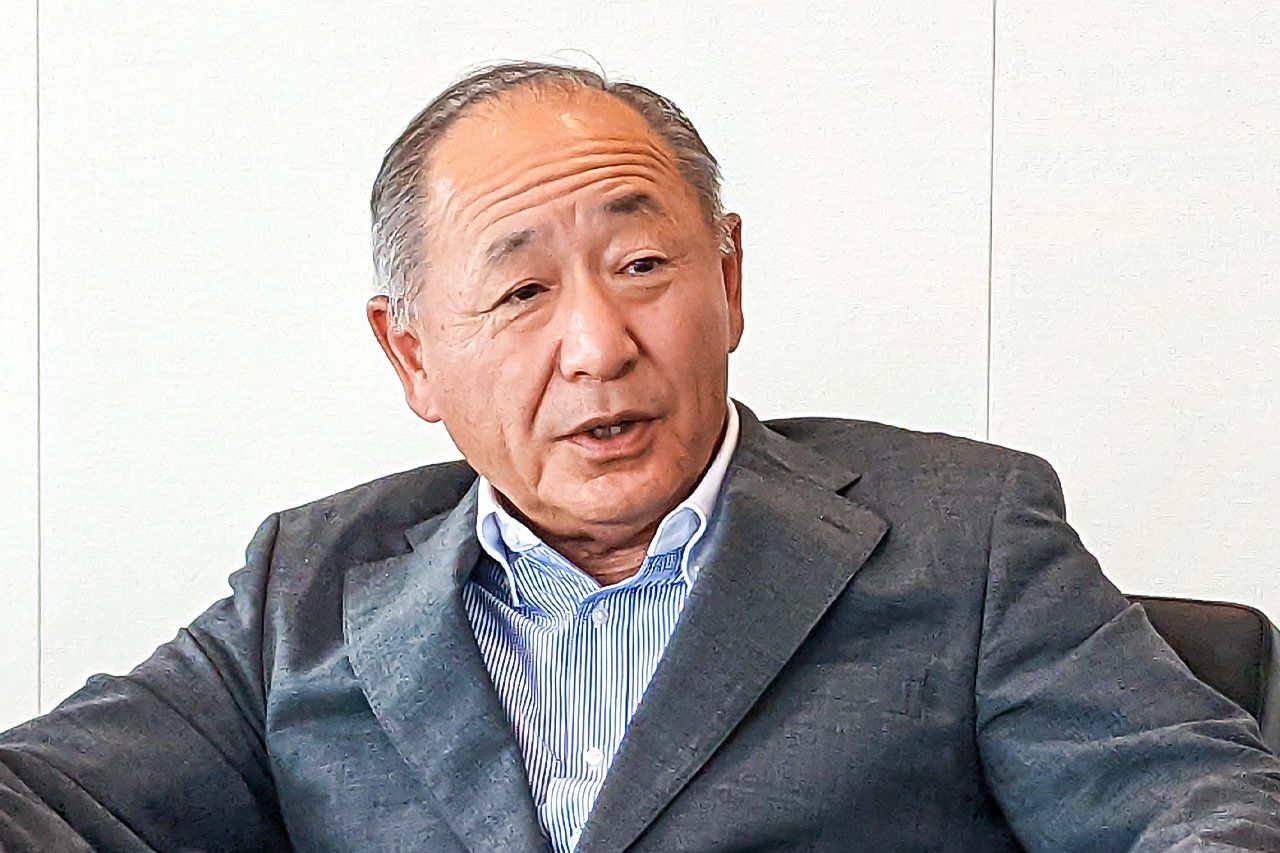 INTERVIEWER  Where would you place weight in the acquisition of counterattack capabilities?

KAWANO  I would prioritize the improvement of satellite-based intelligence-gathering capabilities and the acquisition of ground attack missiles. There is an argument that Japan does not need such missiles based on the belief that the United States and South Korea will take care of attacking North Korea’s missile facilities as they identify them. However, we cannot take this assumption for granted. Since many Japanese lives could be at stake, we should at least possess some means of striking missile facilities ourselves. It has also often been argued that we should prioritize diplomatic engagement over military power. However, such diplomacy has historically been fraught with failure. The fact is, there are leaders in the world who believe in power above all else, and we need power ourselves to deter them.

INTERVIEWER  New domains affecting interstate warfare have recently gained greater prominence. What are your thoughts on the future of Japan’s cyber warfare and missile defense capabilities?

KAWANO  The SDF’s cyber warfare capability is only just starting to be augmented and is mainly focused only on protecting the SDF’s own cyber and communications systems. There are still many legal restrictions on using cyber capabilities for attribution purposes, such as identifying attackers, and then retaliating against them. I’d like to see the SDF not only increase the size of its cyber units, but also consider the development of laws and regulations that allow expanded uses of cyber capabilities.

I’m also concerned about the fate of the ground-based Aegis Ashore missile defense system. A decision was made in 2017 to procure the system while I was chief of the Joint Chiefs, but its deployment was abandoned during Kōno Tarō’s tenure as defense minister. With the ballistic missile threat as present as ever, I doubt that Aegis Ashore will remain permanently on the back burner. Indeed, former Prime Minister Abe Shinzō argued for the need for counterattack capabilities precisely because of the gap in Japan’s defense opened by Aegis Ashore’s cancellation. I hope that a solution to this can be figured out going forward.

INTERVIEWER  This past June, Tamaki Yūichirō, leader of the Democratic Party for the People, suddenly raised the prospect of Japan acquiring nuclear-propelled submarines. What are your thoughts on this?

KAWANO  Until recently, the MSDF’s main area of operations have been in the vicinity of the Japanese archipelago, as it was tasked with sea lane defense and controlling the “three straits” around Japan—the Sōya, Tsushima, and Tsugaru waterways. Conventionally powered submarines have therefore been more than sufficient for the job. If MSDF missions were expanded to the South China Sea and beyond regularly for extended periods, then nuclear propulsion might make sense. I believe this option should be considered after the careful development of a concrete operational concept.