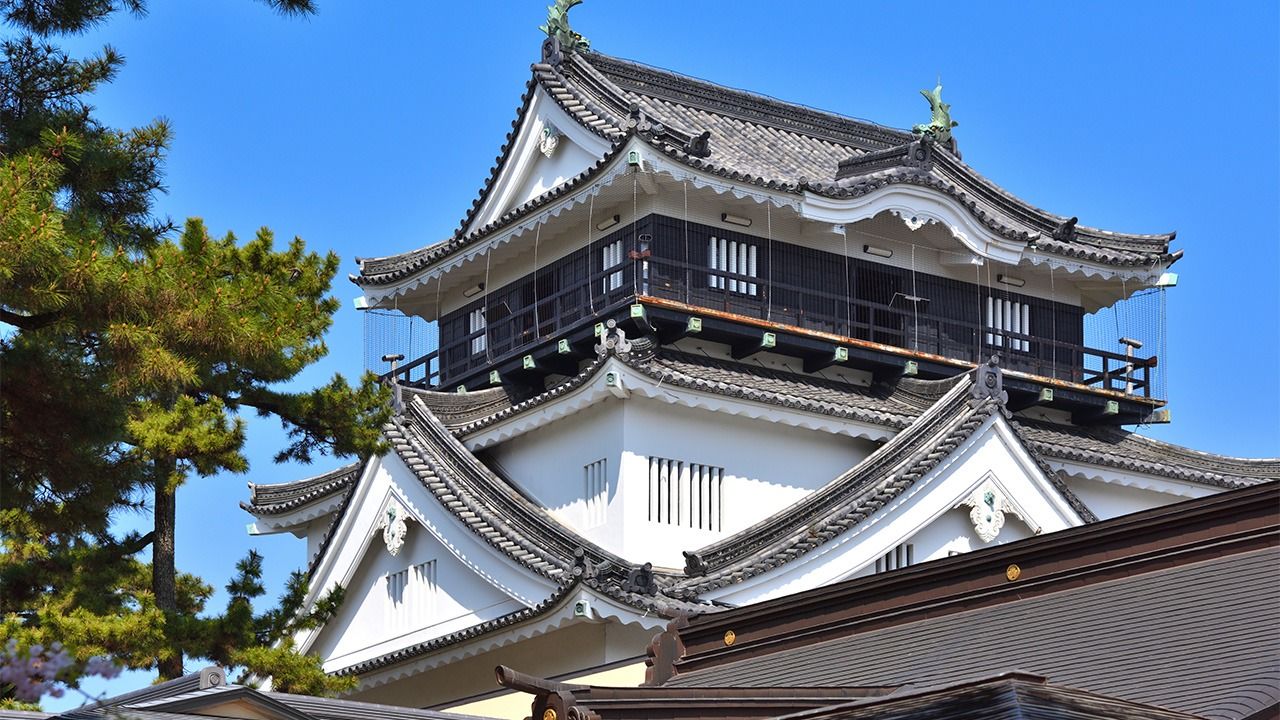 History Architecture Travel Sep 14, 2022
Introducing five castles that were important to Tokugawa Ieyasu in his life and career, including Okazaki Castle, where he was born, and Edo Castle, which became the heart of the shogunate that he founded.

Tokugawa Ieyasu, the future founder of the Edo shogunate, was born in 1543 in Okazaki Castle in Mikawa Province (now Aichi Prefecture). The Saigō clan is thought to have built initial fortifications in 1452; these were seized by Ieyasu’s grandfather Matsudaira Kiyoyasu, who constructed a castle at the site. 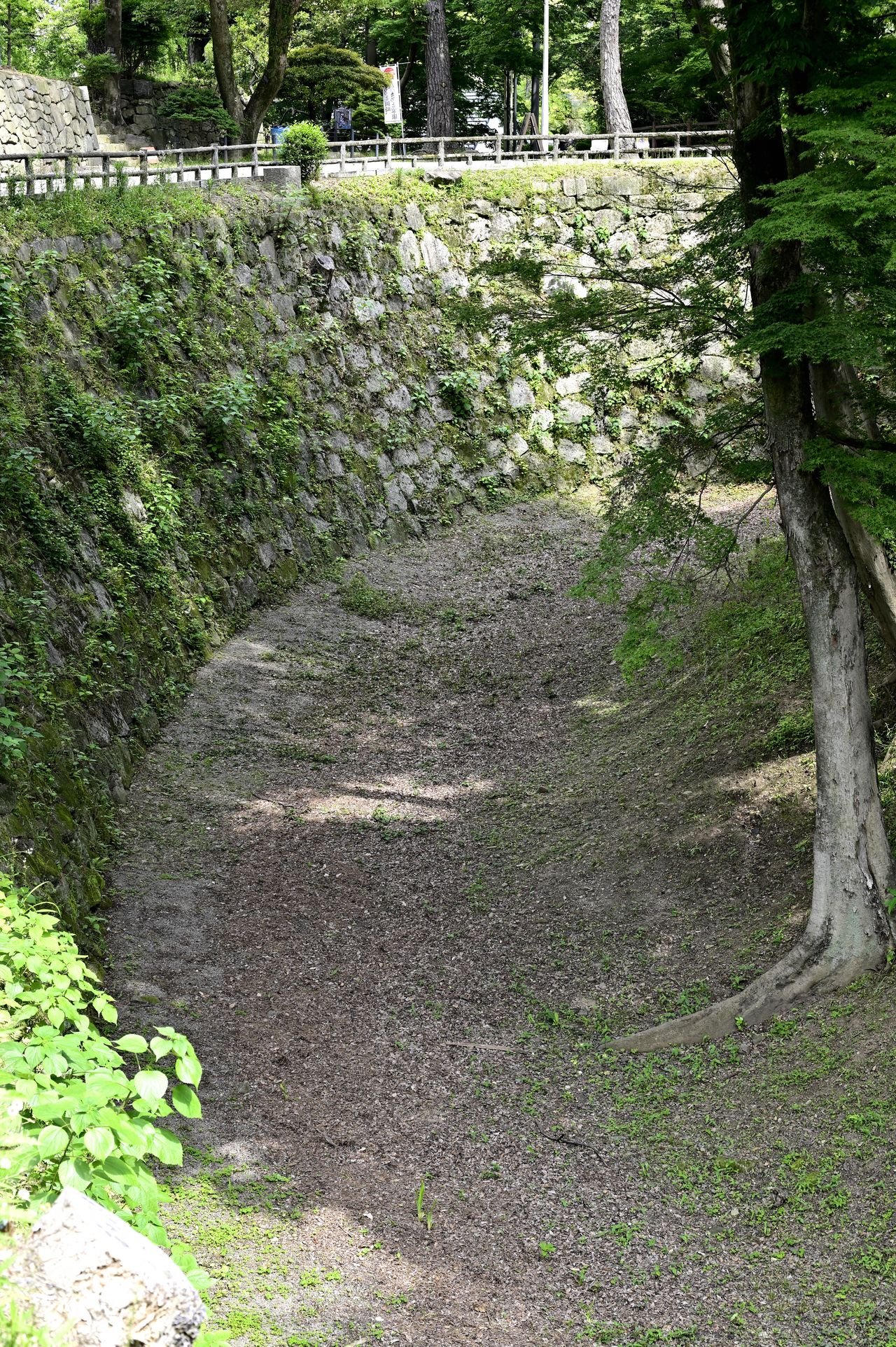 Remains of Okazaki Castle and its moat. (© Pixta)

The Matsudaira clan’s power declined after the death of Kiyoyasu, and his son Hirotada became subordinate to the Imagawa family of Suruga Province (now Shizuoka Prefecture). Hirotada’s son Ieyasu (then known by his birth name of Matsudaira Takechiyo) was due to be sent to Suruga to live as a hostage in 1547, but a vassal’s betrayal led to him being carried off instead to the Oda clan in Owari Province (now Aichi Prefecture). There are unproven stories that he met his future rival Oda Nobunaga here. Two years later, however, Ieyasu went as a hostage to the Imagawa after the family negotiated with the Oda.

Hirotada was killed in 1549 and Ieyasu was a hostage, so Okazaki Castle effectively had no ruler for a long period. In 1560, Nobunaga, now leading the Oda, defeated Imagawa Yoshimoto at the Battle of Okehazama. As Yoshimoto died in battle, Ieyasu took the chance to return home, after 13 years away.

At that time, it is likely that Okazaki Castle had no stone walls and the roofs of the turrets and gates were thatched. According to a contemporary record, Ieyasu oversaw repairs, conjuring up an image of the young man setting forth to manage his territory, having broken away from Imagawa control. From his base at Okazaki Castle, Ieyasu spent the next decade unifying Mikawa.

In 1570, Ieyasu moved his base from Okazaki to Hamamatsu, 70 kilometers to the east, to guard against westward expansion by the powerful warlord Takeda Shingen. 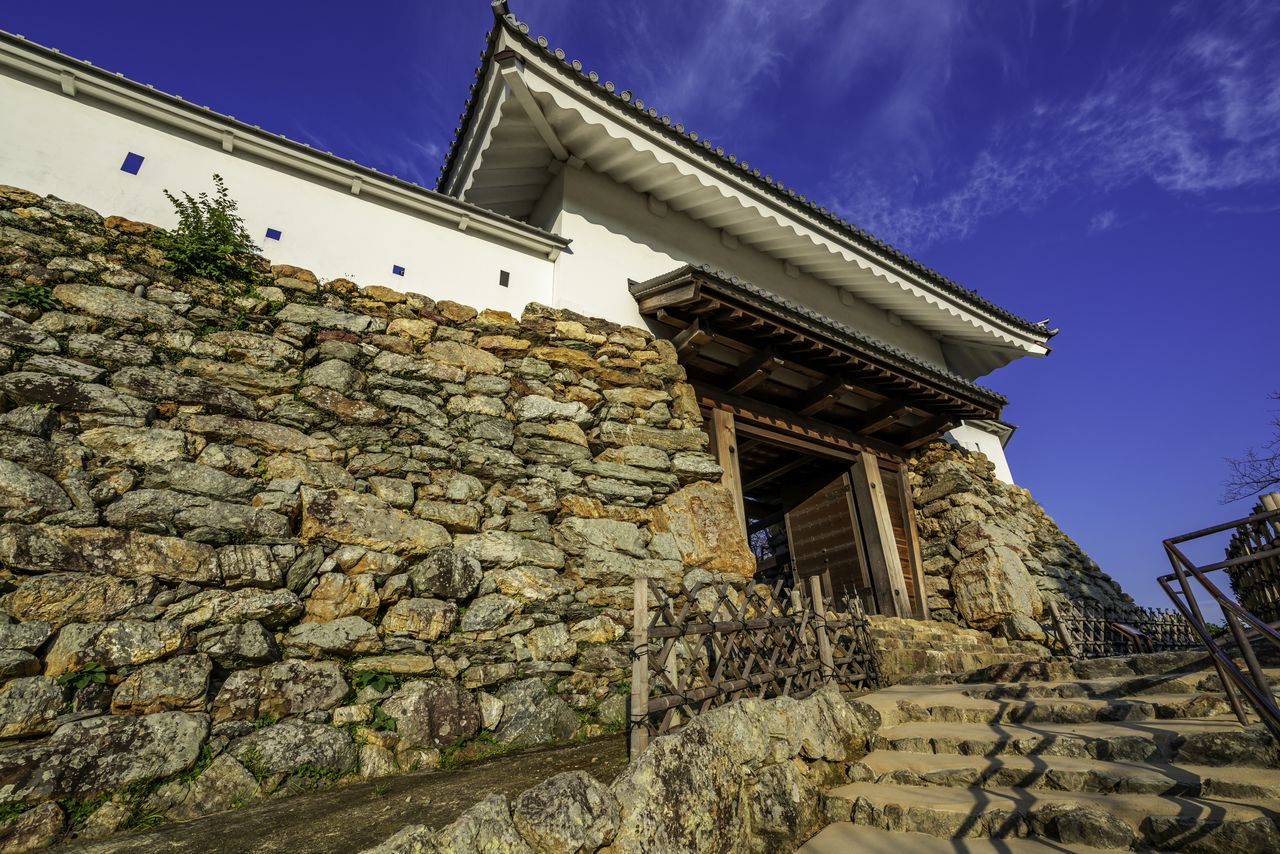 Hamamatsu Castle is known for its nozurazumi walls made from piled-up, naturally rough stones. These were built by Horio Yoshiharu in 1590. (© Pixta)

Ieyasu gave his new base the name of Hamamatsu after the pines (matsu) lined up on the shore (hama). Here he expanded the existing castle, where he remained for 17 years. During his stay, the castle was made of earth, and it was not until the Horio clan took over during the rule of Toyotomi Hideyoshi that stone walls and a keep were built.

Hamamatsu Castle is famous as the fortress to which Ieyasu fled for his life after a bruising encounter with Takeda Shingen’s army at the 1573 Battle of Mikatagahara. Rejecting the option to withstand potential siege in the castle, Ieyasu sent his army into open battle, but met with crushing defeat, and lost many talented vassals.

However, he continued to improve the castle, even as the Takeda clan went into decline after Shingen’s death later in 1573. He studied his enemy’s castle-building techniques and worked to fortify the defenses. Hamamatsu was where Ieyasu turned a humiliating experience into a learning opportunity.

Oda Nobunaga and Ieyasu had been allies, but following Nobunaga’s death in 1582, Ieyasu clashed with the warlord’s successor Toyotomi Hideyoshi (then Hashiba Hideyoshi). Their forces fought in the Battle of Komaki and Nagakute in 1584.

The result was inconclusive, but it left Ieyasu positioned as the second most powerful leader in the realm. He relocated further east to Sunpu to defend against Hideyoshi, building his first modern castle with a keep and stone walls.

Sunpu Castle is now located in a park in the city of Shizuoka. 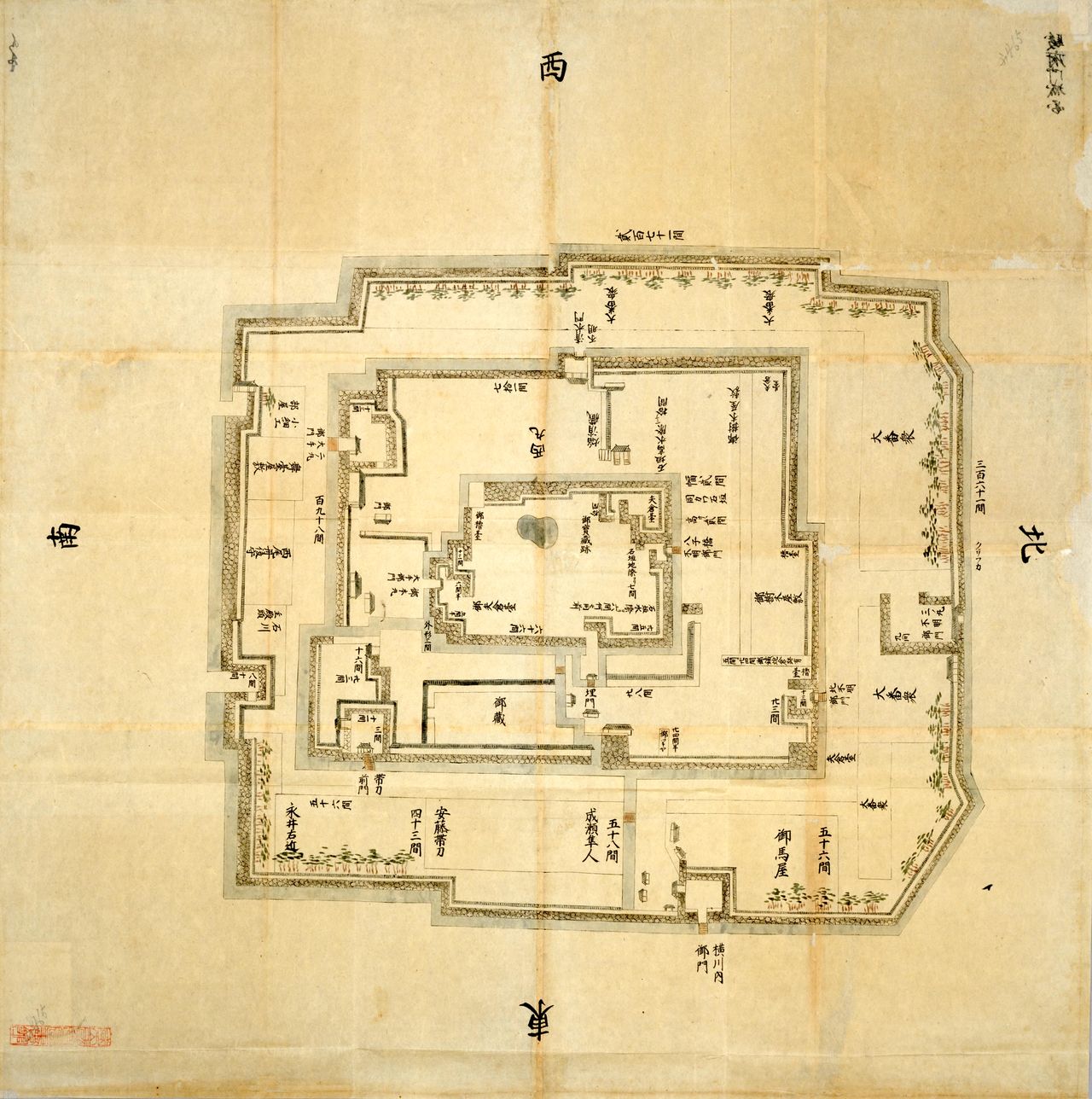 A plan of Sunpu Castle, included in Nihon kojō ezu (Plans of Old Japanese Castles). This was drawn up in the mid-Edo period (1603–1868), after Ieyasu lived there, showing a large castle built up around a longstanding central keep. (Courtesy the National Diet Library) 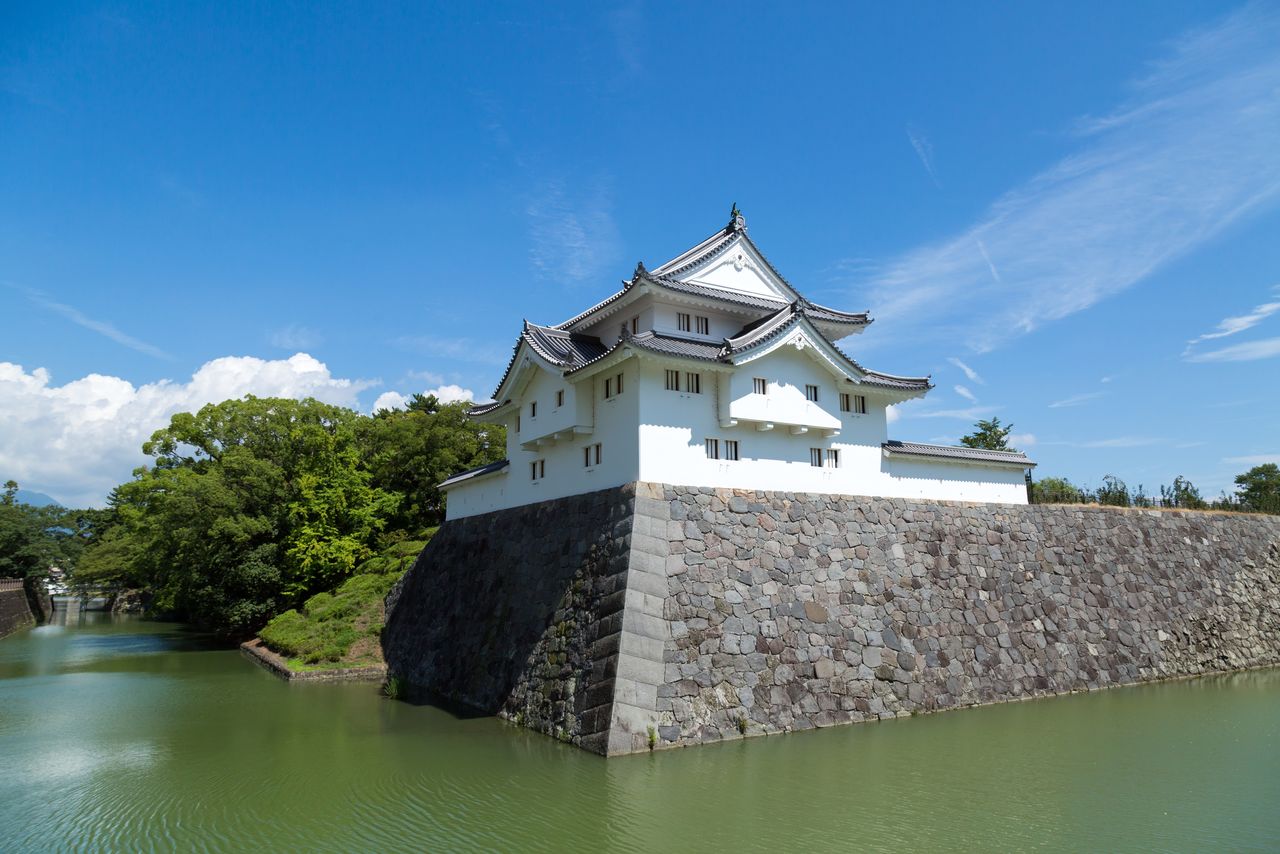 Construction began in the summer of 1585, and Ieyasu moved in some months after this. The keep was completed two years later, although details are sparse, and pictures of the time are unreliable.

Ieyasu based himself at Sunpu until Hideyoshi told him to move to the Kantō region in 1590. However, two years after he established the shogunate in Edo (now Tokyo) in 1603, he abdicated and moved back to Sunpu; his son Hidetada succeeded him as shōgun. Apart from occasional stays in Nijō Castle in Kyoto, Ieyasu remained in Sunpu until his death in the castle in 1616.

A Fortress Worthy of a Shōgun

After Hideyoshi destroyed the Hōjō clan in the Kantō area, Ieyasu was ordered to relocate to its former territory, where he chose to base himself in Edo, Musashi Province. Hideyoshi died in 1598, setting off another power struggle. Ieyasu secured control of the country in 1600 at the Battle of Sekigahara, going on to establish a new shogunate in 1603.

He had already made improvements to Edo Castle—which is now the site of the Imperial Palace in Tokyo—but he stepped these up to construct a fortress worthy of a shōgun. The country’s daimyō were required to contribute to this work. Stone for use in walls was transported by sea from the Izu (now Shizuoka Prefecture) and Sagami (now Kanagawa Prefecture) coasts. 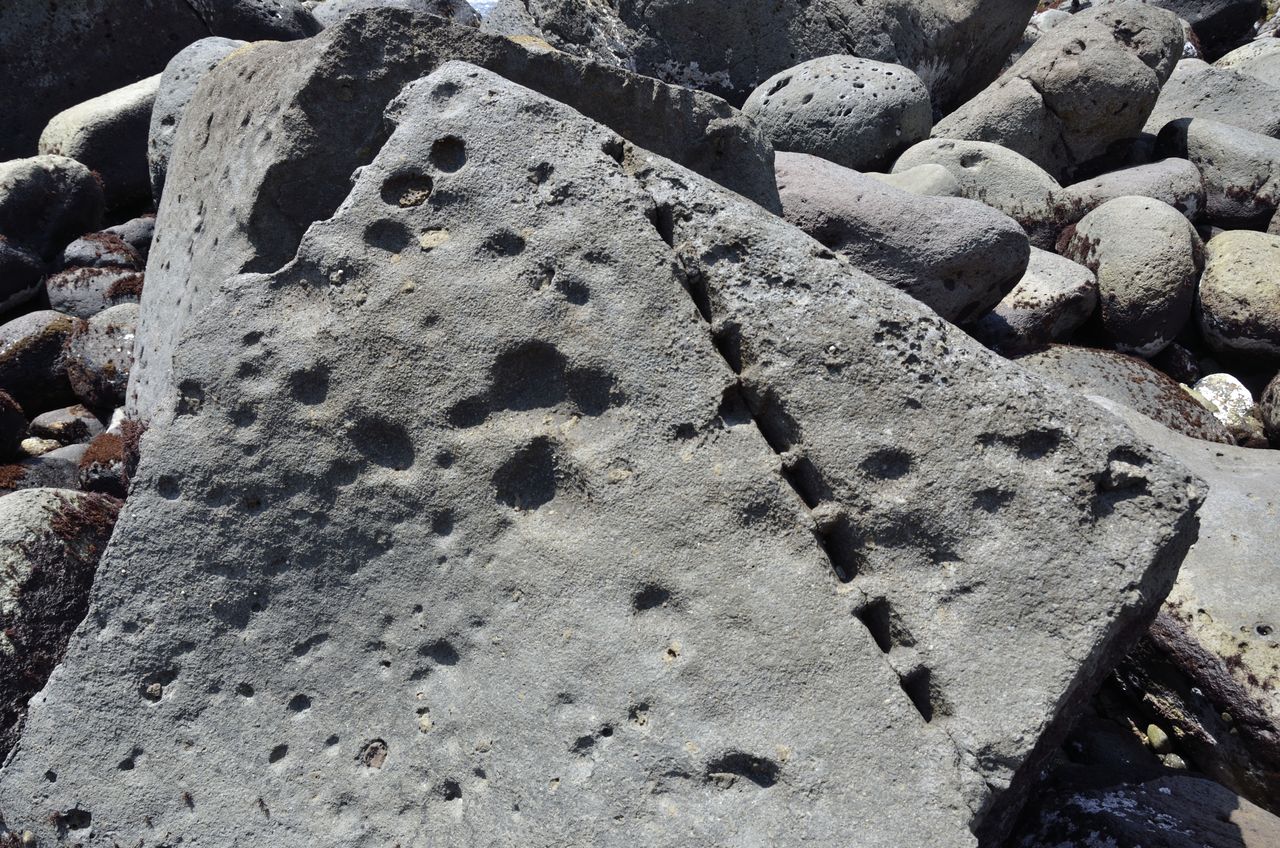 Along the eastern coast of the Izu Peninsula in Shizuoka Prefecture, there are the remains of quarries for stone to be used in Edo Castle. Some of the large stones still have lines of holes into which metal wedges were hammered to split them. (© Pixta)

Construction of the honmaru (central compound) began in 1606, and this was where Hidetada, the second Tokugawa shōgun, lived. One record described the castle as “tall enough to reach the clouds” and “as white as a snowy peak.” The color is thought to have come from the use of plaster.

Historical materials depicting Edo Castle in its early days show that it was designed with battle in mind. It was on a scale to surpass Hideyoshi’s Osaka Castle, with the aim of impressing upon those who saw it that the Tokugawas now ruled Japan. 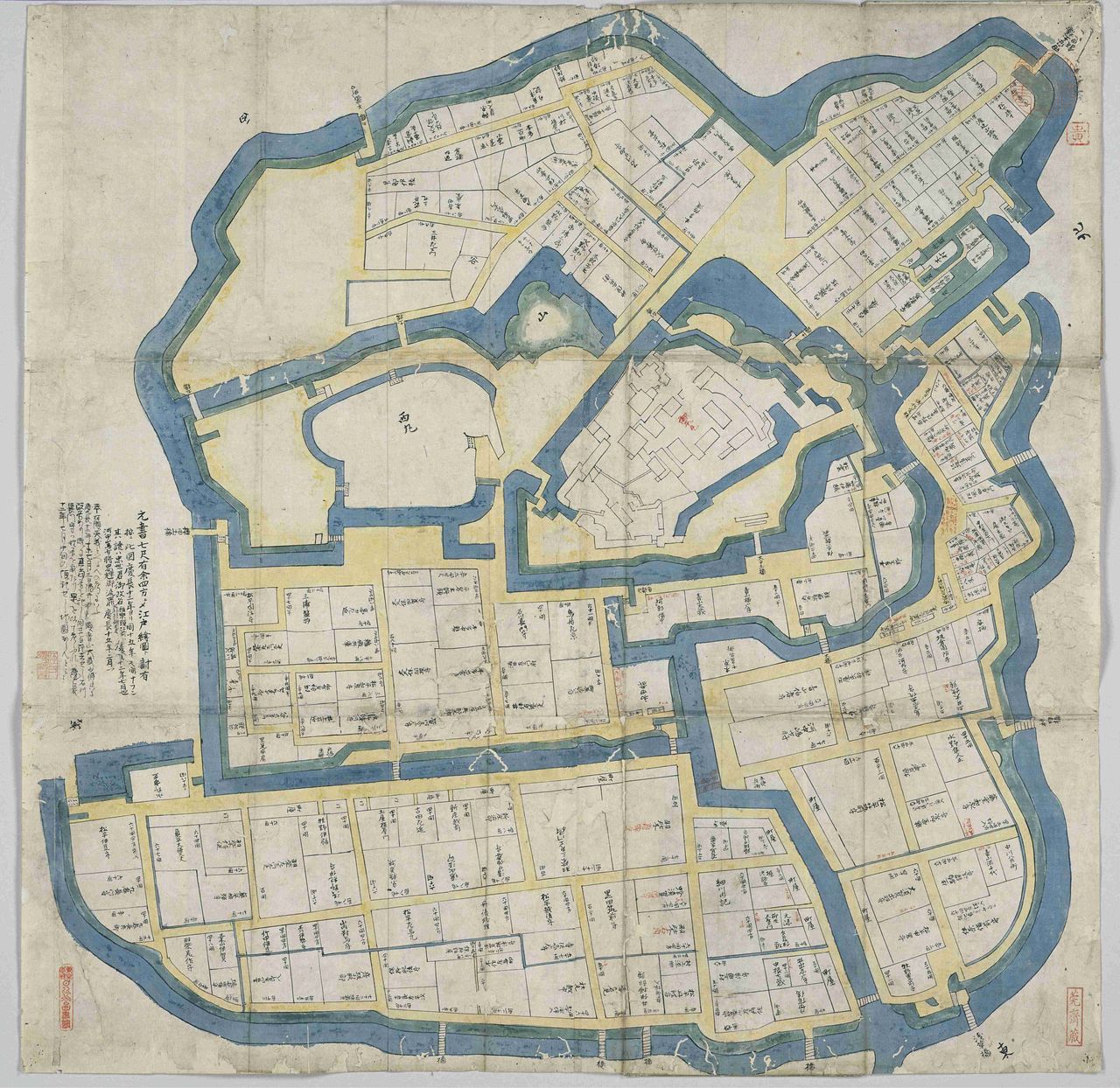 A plan of Edo Castle in the 1608 Keichō Edo ezu (Illustrations of Edo in the Keichō Era [1596–1615]). It is thought to have been drawn shortly after the establishment of the shogunate, showing the castle and its environs. (Courtesy the Tokyo Metropolitan Central Library Special Collection Room)

In 1614, with the addition of further compounds, the castle of the Tokugawa shōguns was complete.

The Shogunate’s Base in Kyoto

If Edo Castle demonstrated samurai strength, Nijō Castle showed Tokugawa power in Kyoto. It was completed in 1603, and when Ieyasu became shōgun in the same year, he went from the Kyoto castle to the Imperial Palace to express his formal thanks for his appointment.

This was also where he received congratulatory visits from court officials. The castle stood on level ground with a five-story keep surrounded by a moat, earthen walls, and turrets, so it had various features designed for potential battle. In 1625, however, after Ieyasu’s death, a gate was built whereby the emperor could enter the castle. It became a location for ceremonies, and gained a more peaceful atmosphere. 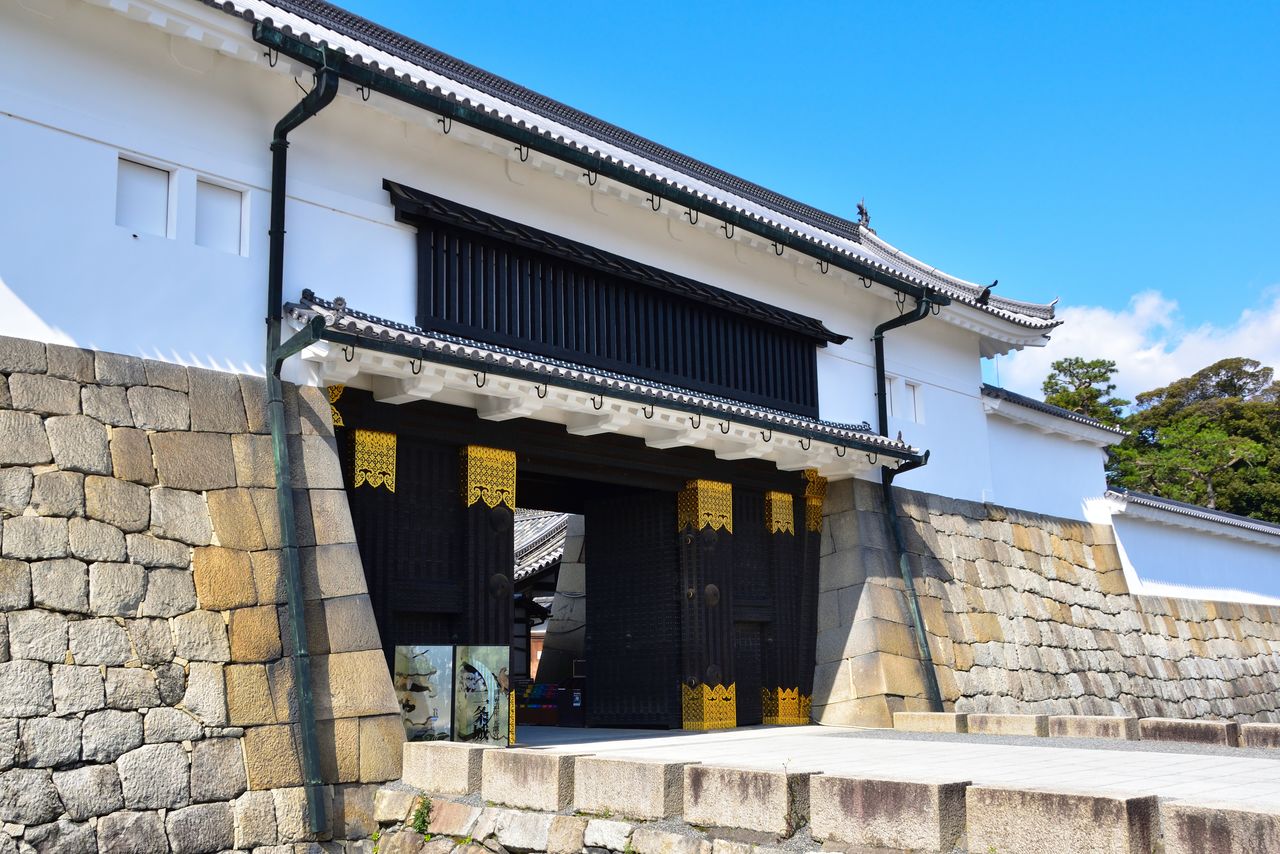 The Higashi Ōtemon gate at Nijō Castle. The current gate was rebuilt in 1663. (© Pixta)

In 1867, it was at Nijō Castle that Tokugawa Yoshinobu, the last shōgun, relinquished power to Emperor Meiji. The castle is now registered as a UNESCO World Heritage Site, as part of the Historic Monuments of Ancient Kyoto.

(Originally published in Japanese on July 25, 2022. Banner photo: Okazaki Castle is a local landmark today, with a reconstructed keep built in 1959. © Pixta.)