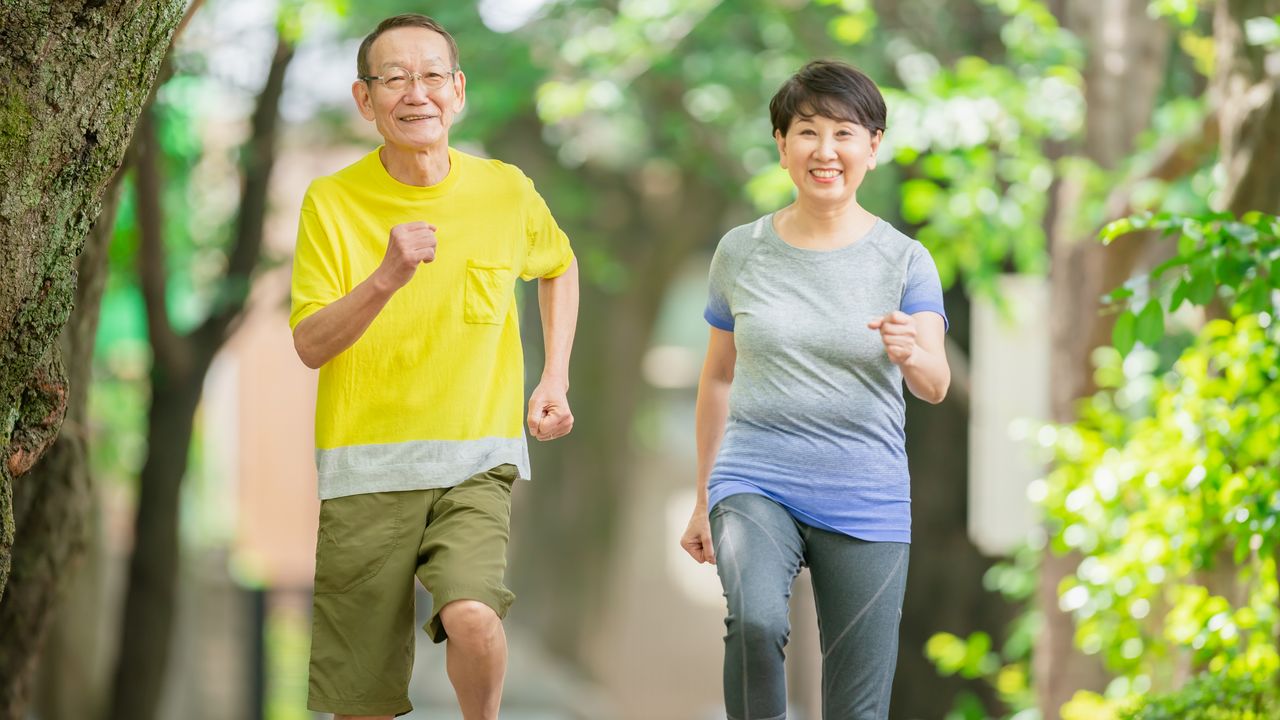 Health Science Society Nov 1, 2022
Japan, already the oldest society in the world, continues to see its population age, sparking worries that it may enter an era when one in four senior citizens suffer from dementia. No medicine has been discovered to address this condition, but medical researcher Taniguchi Yū has found that walking—specifically with a longer stride—may delay or prevent its onset. 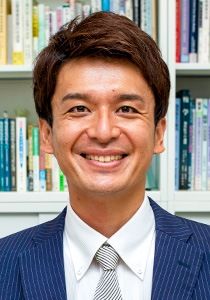 Senior researcher at the National Institute for Environmental Studies. Completed graduate studies in medicine at Akita University in 2012. Became a researcher at the Tokyo Metropolitan Institute of Gerontology in 2012. Was a guest researcher at the University of Tokyo’s Graduate School of Medicine in 2014. Has been a senior researcher at the National Institute for Environmental Studies since 2019. Won the Gerontological Society of America Person-in-Training Award in 2011, the Japan Foundation for Aging and Health Science Award in 2018, and the Geriatrics & Gerontology International Best Article Award in 2020. Focuses on primary prevention of dementia while also engaging in prenatal cohort studies and life course research targeting healthy longevity. Writings include Tatta 5 senchi hohaba o hirogeru dake de genki ni nagaiki dekiru! (A Healthy Long Life by Increasing Your Stride Just 5 Centimeters!) and Ninchishō no hajimari wa hohaba de wakaru: Chokochoko aruki wa kiken shingō (Identifying Dementia’s Onset by Stride Length).

INTERVIEWER  What led you to first make the connection between dementia and walking?

TANIGUCHI YŪ  The number of dementia patients in Japan is rising each year. This condition affects a quarter of elderly people, if we include those suffering from MCI, or mild cognitive impairment, who are a high-risk group. I was curious as to what kind of people develop dementia. When I looked at research in Japan and overseas concerning lifestyle factors such as diet, exercise and social connections, and genetic factors, I discovered that the physical function of leg and hip strength was a critical sign. Though the experience of actually surveying the physical function of elderly people over a number of years, I instinctively felt that the way people walked had a strong connection to cognitive function.

INTERVIEWER  Why do people with a shorter stride tend to develop dementia? Also, how did you reach the conclusion that increasing stride length is effective in preventing dementia?

TANIGUCHI  In my initial research, I thought that dementia was triggered by muscular atrophy. At that point, I considered combined muscle and physical function, and divided elderly people into four categories depending upon whether they were muscular and whether their legs and hips were sturdy. When I compared the risk of cognitive function deterioration, it was more likely in the people whose legs and hips were not sturdy but was unrelated to overall muscularity.

The sturdiness of the lower body can be assessed according to walking speed, but in order to understand how this speed affected cognitive function, I surveyed the two factors of stride length and tempo. The outcome was that tempo did not impact cognitive function, but stride length had a clear impact. Furthermore, through repeated surveys of over 1,000 elderly people, I ascertained that people with a short stride had a risk more than three times higher of developing dementia, compared with those with a long stride.

INTERVIEWER  The efficacy of exercise as a measure for dementia prevention is reported by many researchers and has become a widely accepted opinion. Why do you think that walking with a longer stride is especially effective?

TANIGUCHI  One of the major causes of decreased mobility is a decline in the effectiveness of directions from the brain in reaching the muscles. Walking is also controlled by and involves many parts of the brain.

With dementia, and in particular Alzheimer’s disease, destruction and shedding of neurons impairs cognitive function. But even when neurons are destroyed, remaining neurons form new neural pathways, whereby it is possible to maintain and repair cerebral functions. For people with severe dementia, it is considered difficult to restore cerebral function to a normal level, but it is possible in people suffering MCI. We know that exercise is effective in maintaining and repairing neurons and neurological functions. We can also expect that, in addition to exercise, conscious effort to lengthen stride will also activate more parts of the brain.

INTERVIEWER  Could you explain the correct way to increase stride length?

TANIGUCHI  Sometimes when we lengthen our stride, our core becomes unstable. There are two things to remember in order to increase stride length without strain. The first is to clench your gluteal muscles—the buttocks. This tilts your pelvis to the correct position and elongates the spine, increasing the hip joint’s range of motion. The second point is how you swing your arms. It’s important to consciously draw the arms behind yourself. When you consciously do these two things, your stride will naturally lengthen. 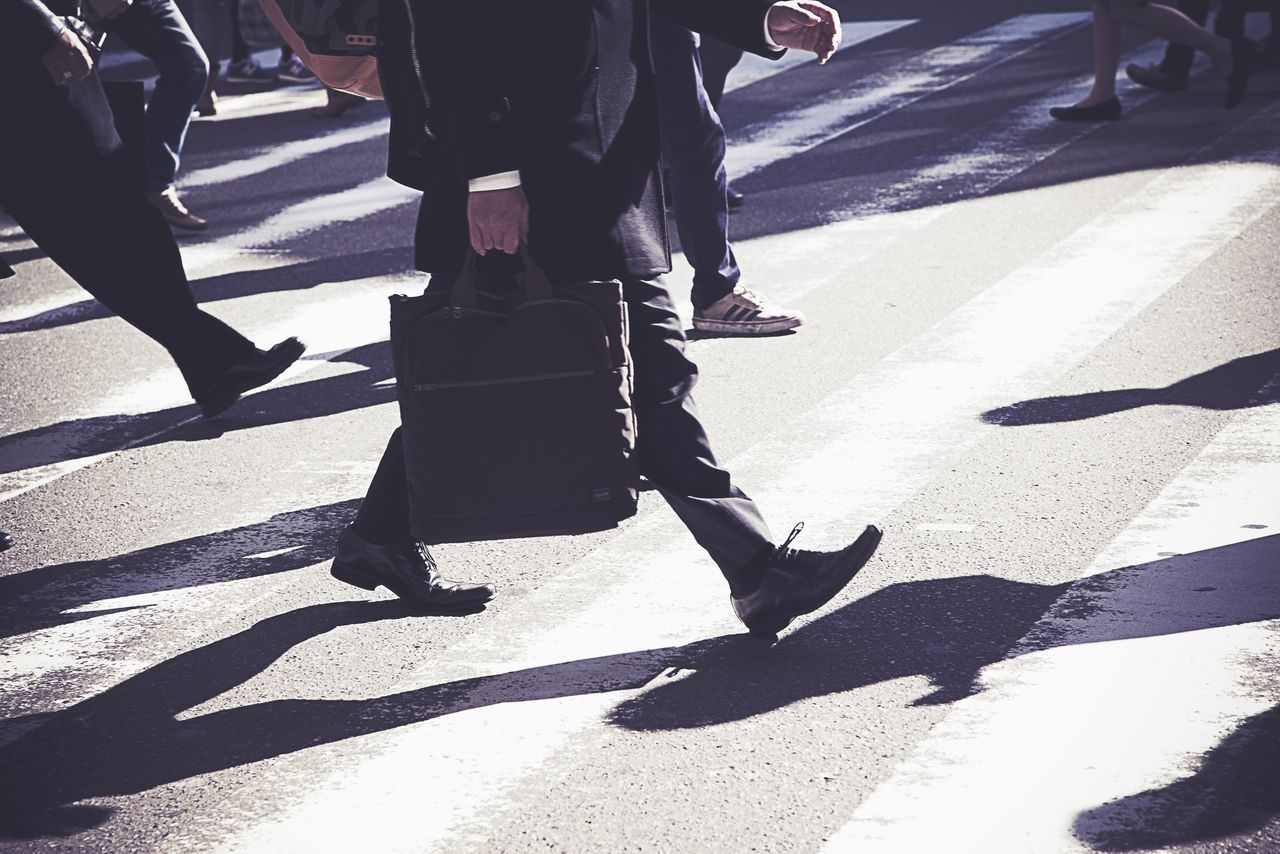 Responses in Japan and Overseas

INTERVIEWER  How much should we walk each day?

TANIGUCHI  Japan’s Ministry of Health, Labor, and Welfare established Physical Activity Guidelines for increased health that set a goal of “plus ten.” It encourages people to exercise 10 minutes more than they do currently. The aim is for adults under 65 to exercise 60 minutes a day, and 40 minutes for those aged 65 or over. It also recommends easy-to-understand step targets by age group. Those aged 65 through 74 years old, the “early elderly,” should walk 7,000 steps a day, and the “late elderly” aged 75 or older should aim for 5,000 steps. The “plus ten” goal increases these step counts by around 1,000 steps.

For those who are already getting a sufficient amount of exercise and steps, I recommend increasing exercise intensity. Making a conscious effort to increase stride length is one way to boost intensity. Increasing walking speed is also effective. Another way to sustain effective exercise is “interval walking,” which is alternating fast walking and walking at regular speed.

INTERVIEWER  What response have you received to date from your readers and those who attended your talks?

TANIGUCHI  I was especially thrilled to see my work translated into Korean and Chinese. I’ve had feedback from Japan and other countries that my work was the impetus to their re-assessing how they walk, while others have said that awareness of walking stride helped them correct their posture, and eliminated knee and back pain. Still others have reported learning to walk without tiring.

To date, I’ve given around sixty lectures, since the time of my previous role as a researcher at the Tokyo Metropolitan Institute of Gerontology. Recently I’ve had opportunities to speak at organizations that promote Nordic walking or other forms of fitness and have been able to demonstrate methods for increasing stride length in a variety of settings.

In June 2022, a television program on NHK discussed the topic of walking stride and gave guidance for elderly people concerned about dementia on how to increase their own stride. After one month of walking with a longer stride, around 70 percent of participants had maintained or improved cognitive function. We received comments to the effect that being conscious of stride length led to more enjoyable exercise and fewer incidents of forgetfulness.

INTERVIEWER  What are your thoughts of promoting this overseas in future?

TANIGUCHI  Actually, my research first saw the light of day overseas. In 2012, when I was a graduate student, I gave a presentation on the relationship between stride and cognitive function that gained attention in the United States and led to my receiving an award from the Gerontological Society of America. Thereafter, awareness of my research findings gradually spread in Japan. I believe there’s interest in the topic of walking stride both in Japan and abroad, and I hope to be involved in research and activities to promote it overseas in the near future.