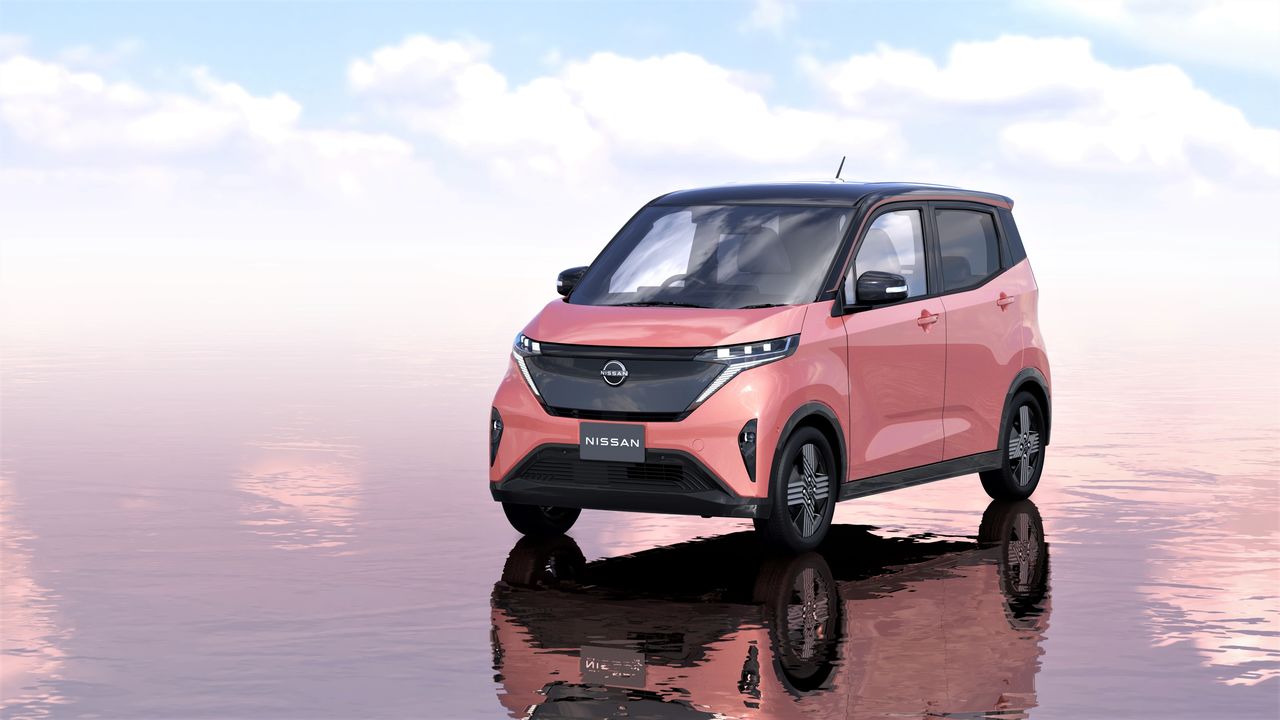 Can the Tiny Nissan Sakura Make It Big in the EV Market?

Economy Technology Oct 25, 2022
Nissan and Mitsubishi are seeing healthy sales of their new lightweight kei-class electric vehicles, which combine quality and affordability. They may be breathing new life into the Japan EV market, but what are their prospects on the global stage?

There was an announcement this May that sales of the Nissan Sakura and Mitsubishi eK X (pronounced “Cross”), two new electric vehicles, are going strong.

In 2011, Nissan and Mitsubishi Motors, which form an alliance of three companies, including French Renault, established NMKV, a joint venture to codevelop the mini vehicles classed as “kei cars” in Japan. The two brands have so far released a total of eight kei models.

The Sakura and the eK X, which are built on the same EV architecture, are the ninth and tenth kei models planned by NMKV, and they are the first EVs in the joint venture’s stable. Both cars were announced this May. Initial sales were brisk, with 25,000 orders placed for the Sakura by August 7 and 6,000 for the eK X by August 21. Annual sales targets were set at 50,000 vehicles for the Sakura and 10,200 units for the eK X, so orders have so far been greatly exceeding those plans. While it is not uncommon for the number of orders received immediately after the announcement of a new model to exceed targets, it is extremely unusual for the Japanese market to sell more than 2,000 EVs in a month. 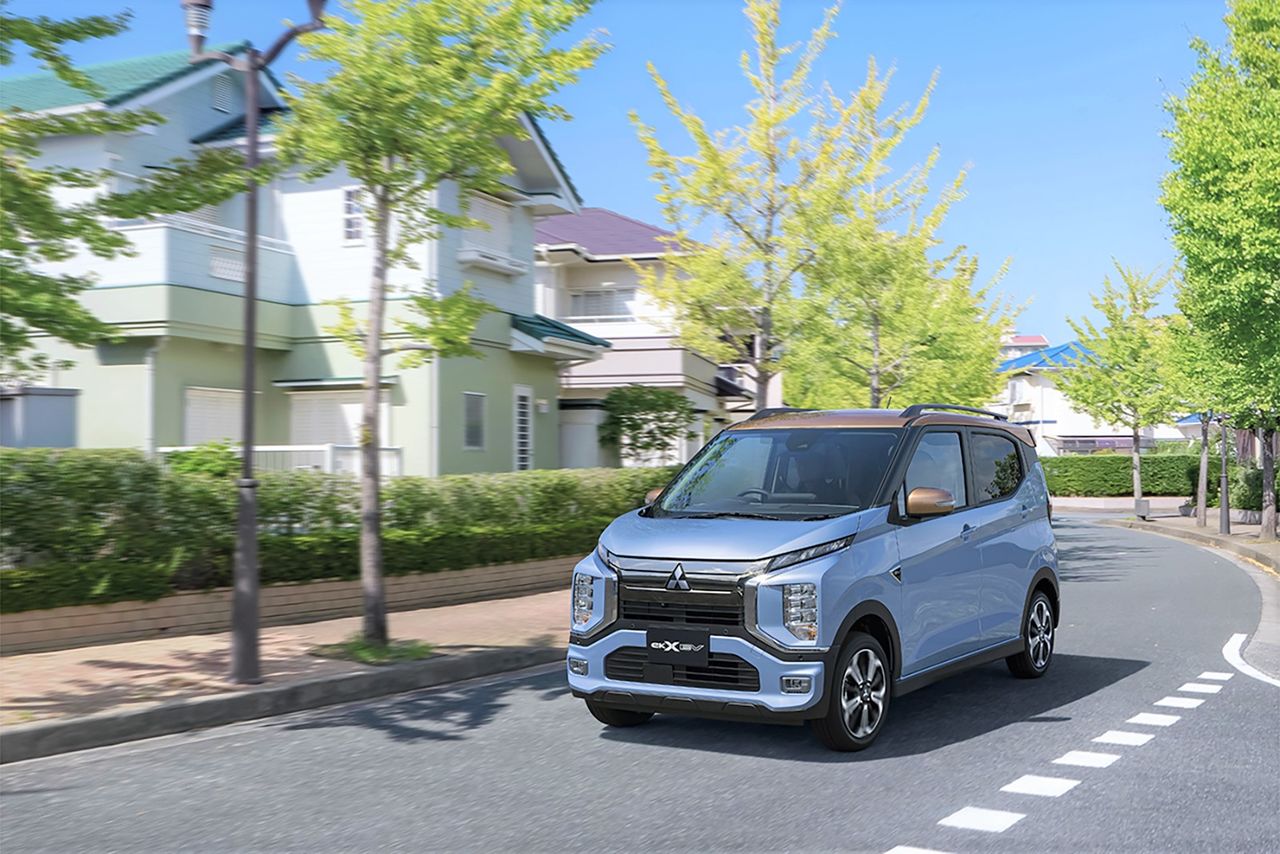 First, before we explore these new EVs, let’s briefly look back on the history of kei-class vehicles, built on automotive standards that are unique to Japan.

In 1949, soon after the end of World War II, the classification of light vehicles was first established by law. At first, no cars were produced that met these standards, but in 1954, when it was decided that the upper limit of engine displacement would be 360 cubic centimeters, Suzuki Motor released the Suzulight SS passenger car. Companies such as Daihatsu Motor, Fuji Heavy Industries (now Subaru), Tōyō Kōgyō (now Mazda), and Shin Mitsubishi Heavy Industries also began full-scale production of kei-class vehicles.

In the early days of this diminutive automotive class, many models came in a three-wheeled configuration that proved popular as delivery vehicles for small merchants. As four-wheeled kei trucks came onto the market, though, these three-wheelers disappeared from the market; production came to an end by the 1970s.

Demand for kei-class vehicles grew rapidly as Japan entered a period of high economic growth. With these circumstances, there were various preferential treatments for kei cars, in addition to their low vehicle price. For example, the automobile tax and weight tax are cheaper for kei-class vehicles than for other registered vehicles (general small cars and ordinary cars), a trend that continues to this day.

So, why are Sakura and eK X sales so strong? It appears that these new offerings bring unprecedented value in the two areas of small size and electrification.

For example, a kei-class vehicle is generally weak due to its small displacement of 660 cc or less; when climbing a slope, it is not uncommon for the engine to run at a high RPM and make plenty of noise. However, the maximum torque of the Sakura is 195 newton-meters, which is more than three times larger than that of the base Nissan Dayz, a gasoline-powered kei. This gives these cars the power to climb a steep slope without breaking a sweat, and the electric motor produces minimal noise, even with a heavy load. It runs comfortably, like a luxury car.

The Sakura greatly exceeds the Dayz, which provided its base architecture, in terms of its balance between ride comfort and handling. This is because the battery, which is covered with a strong case, is mounted toward the bottom of the body, lowering the center of gravity of the entire vehicle and improving its body rigidity. 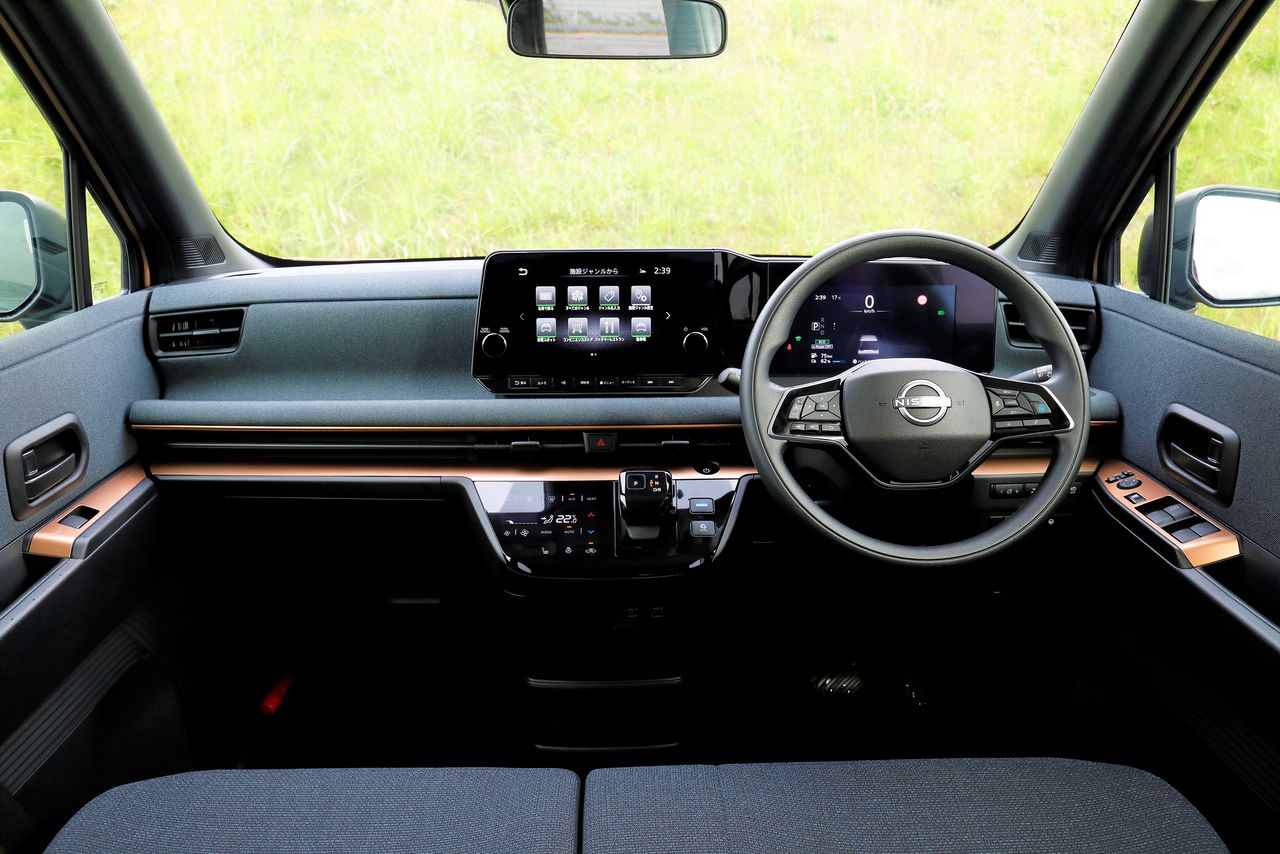 The Sakura’s interior surpasses conventional kei-class vehicles in both its advanced design and rich detailing. (Courtesy of Nissan Motors)

Even in terms of just basic performance, these new offerings have greatly improved the kei value proposition. But they also offer unprecedented value in the EV domain.

While the Sakura seems to be more expensive than a gas-powered kei-class vehicle, a national government EV subsidy of ¥550,000 is available, and families living in Tokyo who have made renewable electricity part of their home energy supply qualify for an additional ¥600,000 local government subsidy. Applying both subsidies brings about an effective discount of ¥1,150,000, bringing the cheapest Sakura model’s price down to about ¥1,200,000.

The reason why the Sakura was able to hit this price point is that it shares many components with the Dayz and has an affordable on-board battery with a relatively small 20 kilowatt-hour capacity. Furthermore, Nissan used the same cells, a component of the battery, as the Leaf, as well as installing the same motor that drives the rear axle of the four-wheel-drive Nissan Note e-Power.

The smaller the battery capacity, the shorter the cruising range, but the Sakura claims an effective range of 180 km. According to a survey by Nissan, 53% of domestic users drive less than 30 km per day, so the manufacturer assumes that charging once every few days is sufficient for ordinary households. 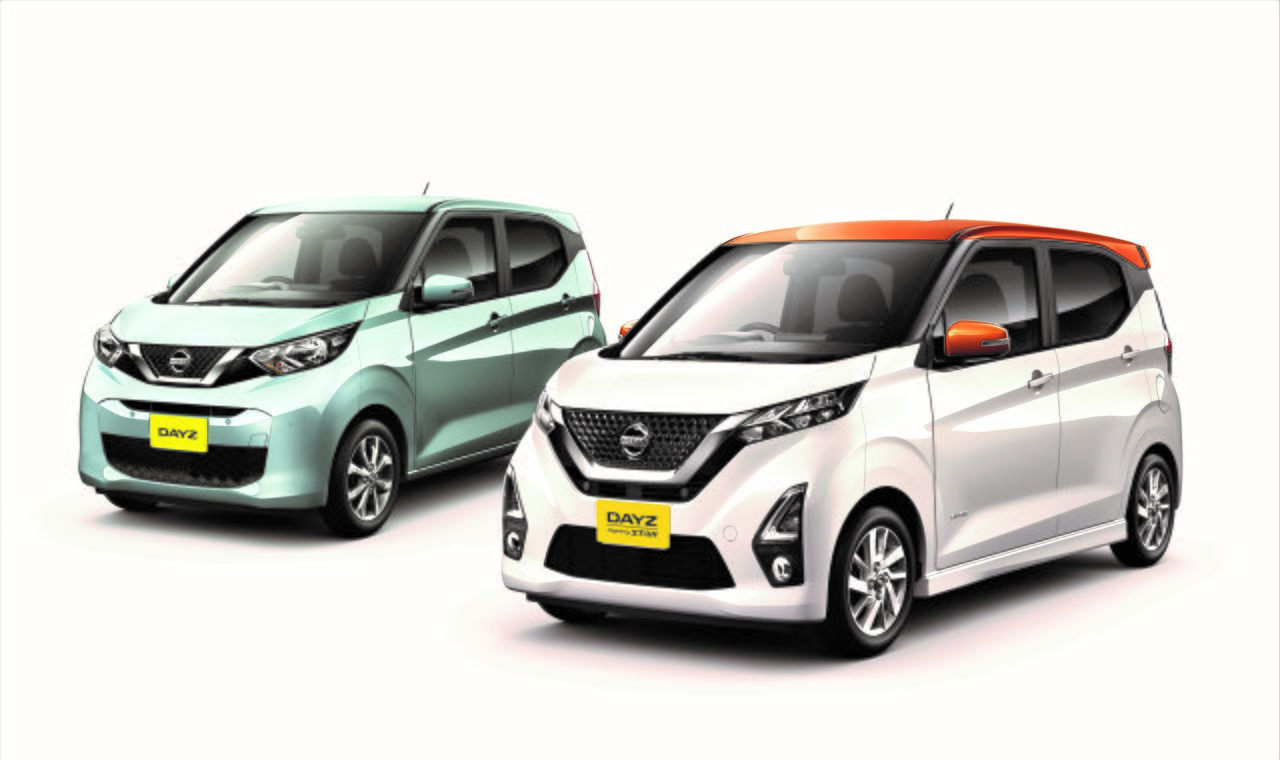 The Dayz, which became Sakura’s base, comes standard with driving assist technology that is state-of-the-art for kei cars. (Courtesy of Nissan Motor)

Kei Prospects in the Global Market

So far so good. But do Nissan and Mitsubishi have a hit on the international EV market with these new models?

Both manufacturers state that they have no plans to export the Sakura and eK X at the moment, and that they have not received any inquiries from overseas markets. Mitsubishi does note that it has begun trials of its Minicab MiEV, a light commercial van, in Thailand and Indonesia, and it continues to keep an eye on electrification in regional automotive markets around the world as it considers the needs in each area.

Last year, the Tesla Model Y, Tesla Model 3, and the Wuling Hongguang Mini competed for the top spot in the international EV market, with the Volkswagen ID.4 in fourth place. All of these models except for the Hongguang, which is sold only in China, have achieved a cruising range of 500 km or more, making it clear that this sort of range is desired in the current EV market. In other words, the 180 km range of the Sakura and eK X is not enough.

In addition, the fact that these Japanese offerings come in the kei class may also have a negative effect in the global market. European compact cars that could rival the Sakura overseas in many cases surpass existing kei vehicles in terms of engine and chassis performance, because they are not bound by Japan’s domestic kei standards.

Observers point in particular at the 1.48 m limit for a kei car’s width as a factor preventing global takeup. This narrow tread width—the distance between the outer edges of the tires on each side of the car—impacts cornering capabilities and stability at high speeds. The Sakura and eK X, with a tread width some 15 cm smaller than their compact competitors overseas, may find themselves at a disadvantage here.

Nevertheless, the domestic success of the Sakura and eK X has shown the possibility of a major change in the Japanese automobile market, where EVs have struggled. In short, it wasn’t the case that EVs had no chance here, but rather that EVs truly needed in the Japanese market have finally appeared, and are selling well. 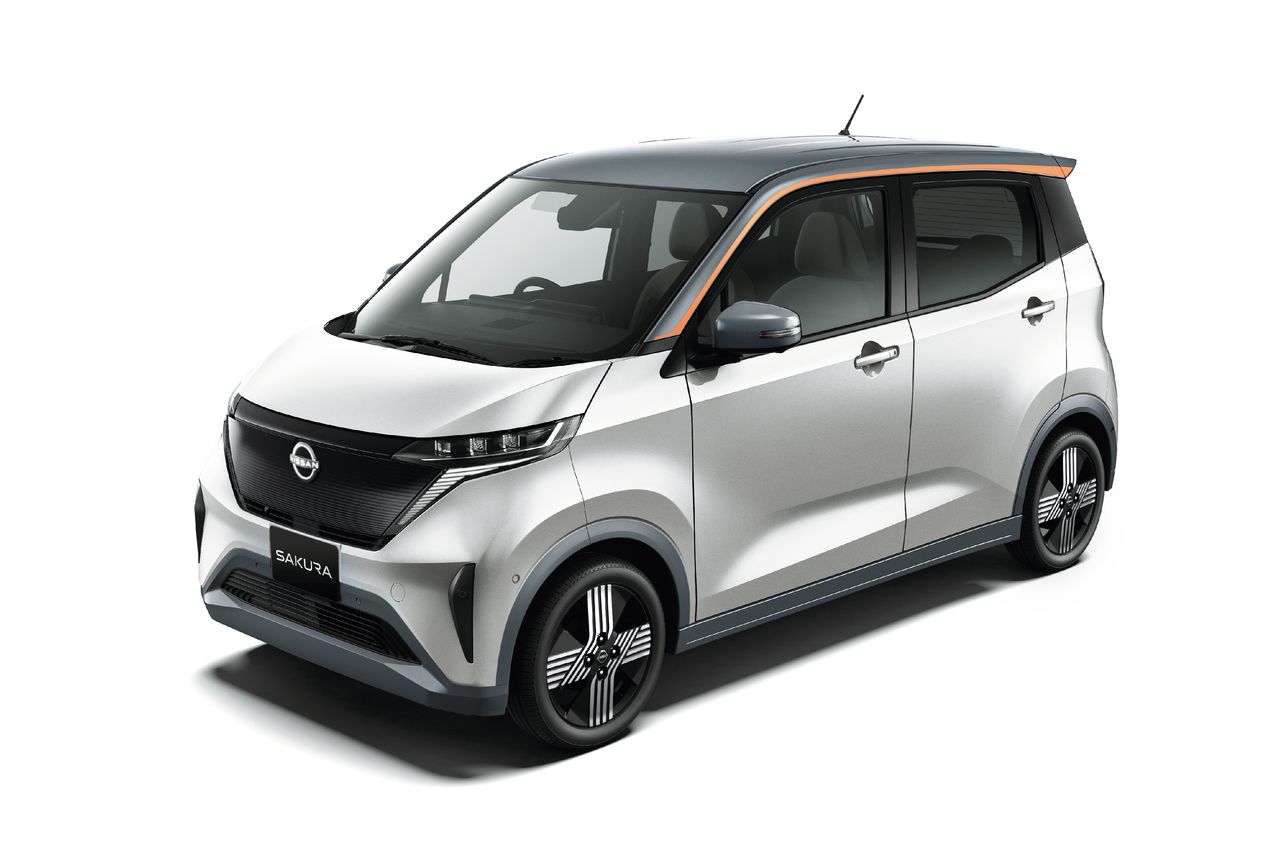 On the other hand, there are still obstacles to the global expansion of Japanese EVs. When Japan’s compact EVs hit overseas markets, their Achilles’ heel remains the restrictions placed on them by domestic kei standards. An effective countermeasure is the introduction of new kei-class vehicle standards that are also a better fit for foreign buyers.

European and US automakers are directing tremendous resources to the commercialization of EVs. Japanese automakers, meanwhile, have to invest in both kei cars for home and compact cars for the international market. This is clearly a disadvantageous situation.

However, if Japan’s kei standards gain acceptance in the international compact car market, the Japanese compact cars and compact EVs will see their competitiveness rise.

Although there is a risk that existing production facilities could go to waste if the mini vehicle standards are drastically revised, from a long-term perspective, it would be more rational to try to standardize them with compact cars for the international market. At the same time, though, it is tempting to pursue the globalization of kei-class vehicle standards to make the most of Japanese automakers’ expertise in the small end of the field.

(Originally published in Japanese on September 23, 2022. Banner photo: A blossom-pink Sakura, as befits its name; a total of 15 body colors are available. Courtesy of Nissan Motor.)