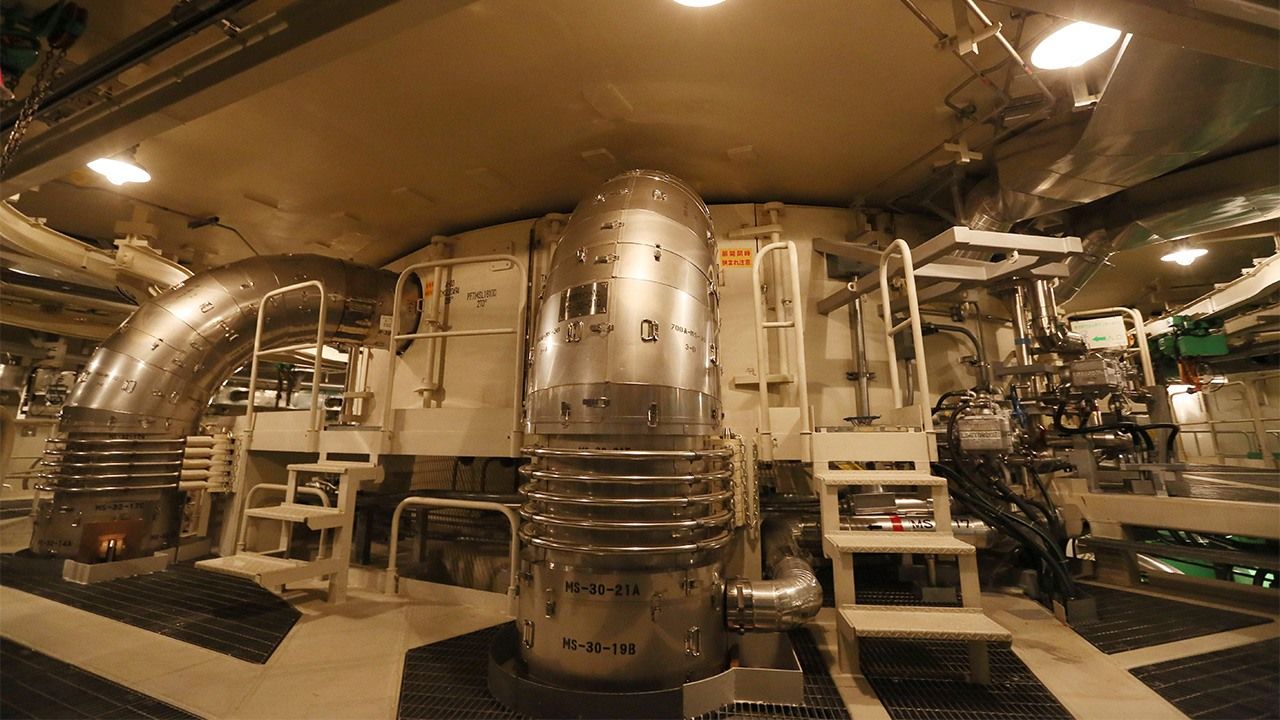 Science Environment Society Technology Oct 13, 2022
Japanese Prime Minister Kishida Fumio recently unveiled his vision for nuclear power in Japan, including his intention to restart units at the Kashiwazaki-Kariwa Nuclear Power Station after next summer. A journalist considers whether such a timeline is possible given the number of safety issues that have come to light at the plant in the last few years.

Caution on the Ground

While the plant operator, Tokyo Electric Power Company, publicly welcomed the announcement, the reaction behind the scenes was reserved by contrast. A TEPCO official at Kashiwazaki-Kariwa acknowledged that Kishida’s statement would build momentum for restarting the units, which have remained shut down as workers address security issues, but warned that the prime minister’s summer 2023 timeline complicates the situation for workers.

Plant manager Inagaki Takeyuki, speaking at a regular press conference on August 25, echoed these concerns, saying that “there’s no way to say at this stage whether a restart will be by then.” Such comments put TEPCO out of step with the government’s stance, raising questions as to why the utility is being cautious about Kashiwazaki-Kariwa. Kishida is looking to nuclear power to help Japan deal with an energy situation impacted by factors like high prices for oil and natural gas following Russia’s invasion of Ukraine and the government’s commitment to decarbonization. However, it is unclear whether the prime minister fully grasped the current situation at the plant when making his decision or, as appears more likely, he is determined to barrel ahead with his agenda.

All seven reactors at Kashiwazaki-Kariwa, the world’s largest nuclear power plant, have been offline since March 2011, and TEPCO has been steadily upgrading safety infrastructure at the plant with the aim of restarting Units 6 and 7. However, in January 2021 these plans hit a serious obstacle after a number of serious safety breaches, which TEPCO called “improprieties,” were uncovered. In light of these revelations, Japan’s Nuclear Regulatory Authority in April of that year put restart plans on hold until the utility fully addressed the issues, wiping clean the timeline for bringing the units online.

It goes without saying that ensuring the safe operation of Japan’s nuclear power plants is of utmost importance. I previously wrote in length about the safety upgrades at Kashiwazaki-Kariwa to bring the plant in compliance with the NRA’s new regulations, which it released in July 2013 in response to the March 2011 Great East Japan Earthquake. The new standards, considered the strictest in the global nuclear industry, significantly strengthen the plant’s resilience against earthquakes and tsunamis and also include stringent antiterrorism guidelines like developing a response to attackers flying an airplane into the facility. The government completed its inspection of Unit 7 in October 2020, and the majority of construction had been finished by January the following year. The utility felt confident that it had done everything in its power to meet NRA safety guidelines.

But this sense of security was short lived. TEPCO was gearing up to begin operations at Kashiwazaki-Kariwa when it came to light that a worker had forgotten his ID and borrowed another employee’s card to enter areas crucial to the running of the plant. A subsequent investigation uncovered a total of 10 other violations and demonstrated just how easily an unauthorized individual could access restricted sections of the nuclear power station. 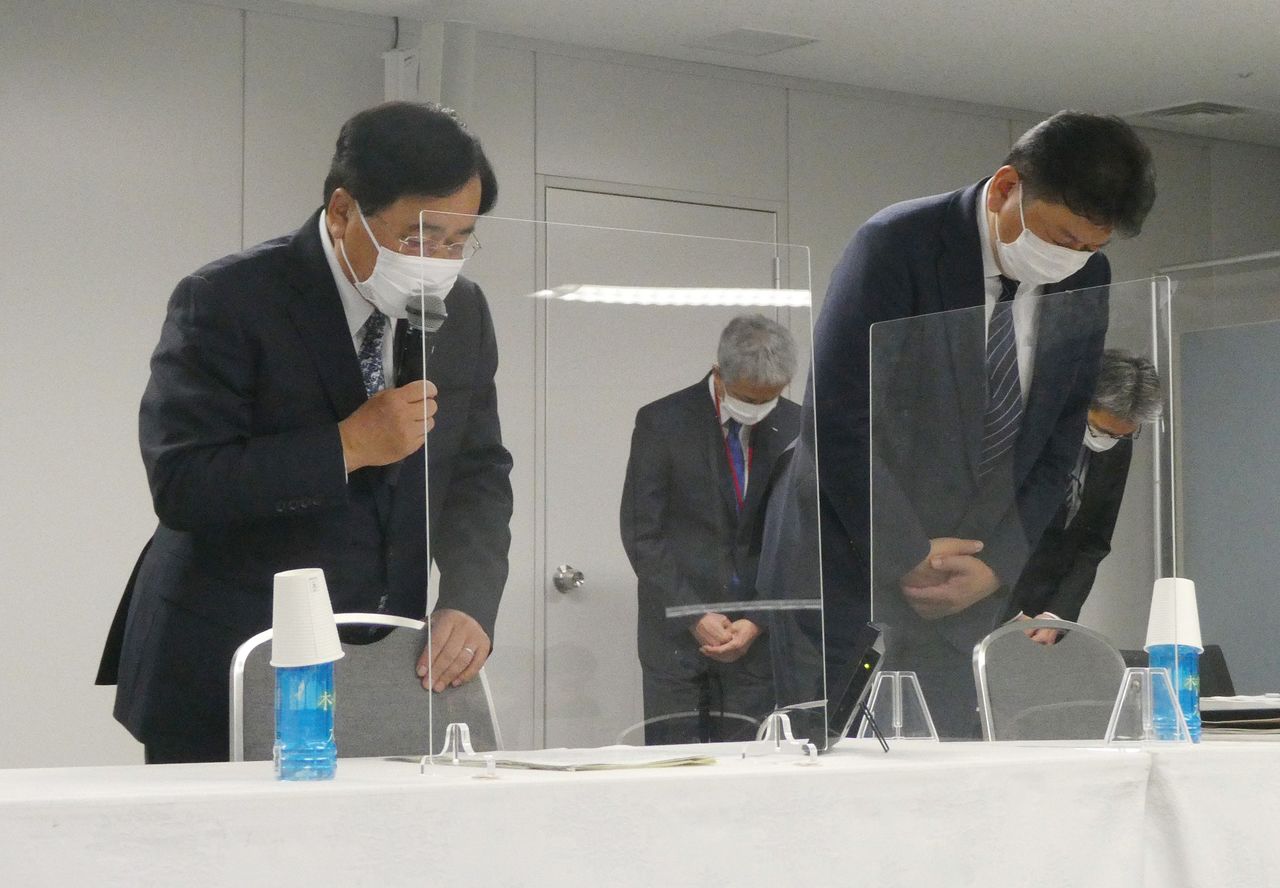 An intruder detection system, part of counter-terrorism measures, was also found not to have been functioning for an extended period. On top of this, the welding of pipes on fixed fire-suppression equipment installed by a subcontractor was discovered not to be up to specifications and had to be redone, work that was completed at Units 6 and 7 in January of this year. These issues raised alarms at the NRA, particularly the failure of the intruder detection system, which the regulator called a problem of “the highest level.”

Natural catastrophes certainly pose a risk to nuclear plants. But major accidents are more frequently the result of negligence, oversight, and other human error, illustrating that more than simply bolstering physical security infrastructure is needed to ensure the safe operation of facilities.

TEPCO rolled out numerous measures to prevent so-called improprieties, but incidents have continued. In May of this year, an employee at Kashiwazaki-Kariwa unknowingly used an expired ID card to enter the grounds of the facility. This was despite TEPCO establishing an independent security department at the plant in December of 2021. The only way to stamp out such security breaches going forward is to bolster compliance training for staff and to tighten security checks of worker ID cards at entrance points.

The ongoing security woes have been attributed in part to poor communication between TEPCO’s Tokyo headquarters and managers at the Niigata plant. In response, the utility relocated some functions of its nuclear power division to the facility in May and plans to transfer around 300 employees from the head office to the site. In addition, TEPCO is looking to address criticism of its insular corporate culture by appointing outside personnel like Self-Defense Forces members, police, firefighters, and former employees of other utilities.

Although TEPCO has made tangible progress in addressing security issues, its most formidable task still lies ahead. A year has passed since the utility submitted its improvement action plan to the NRA, but the regulatory body has yet to certify that TEPCO has sufficiently dealt with security problems. Kishida unveiling his timeline for restarting the reactors even as the NRA’s approval is pending only complicates the situation.

It remains unclear whether the government will get its way in the end. One TEPCO official I spoke with was uncertain about Kishida’s timeline for restart. The official called the situation “unpredictable,” noting that while additional construction is expected to be finished by the end of the year, a real possibility remains that the NRA’s final inspection of the plant, slated for early 2023, will uncover additional problems.

Even if the NRA were to give the green light to starting up the reactors, TEPCO must still win local approval from Kashiwazaki and Kariwa, the municipalities hosting the nuclear power plant. The TEPCO official I spoke with says the utility has no knowledge of how the Niigata governor will carry out the approval process, casting further uncertainty on the situation.

Although the incumbent Hanazumi Hideyo defeated his antinuclear opponent by a wide margin to win reelection in May, the governor has not indicated his stance on restarting the Kashiwazaki-Kariwa plant. A local political insider says that Hanazumi will make his decision following the final report of an independent prefectural supervisory committee investigating past and potential impacts of accidents at nuclear power facilities. The committee, which includes member who oppose restarting the reactors, remains locked in debate with no indication of when it will release its findings.

Local TEPCO officials have expressed confidence in the utility’s ability to safely operate the Kashiwazaki-Kariwa plant under normal conditions. Staff at the facility have excellent technical abilities, and judging from TEPCO’s efforts to bring the facility in line with the new regulatory standards, it seems the utility has covered all bases with regard to potential crisis situations. On the face of it, restarting reactors that meet the world’s most stringent nuclear regulatory standards seems like a reasonable decision.

But with the NRA’s final inspection pending and the local approval process to get through, the TEPCO official says the utility is reluctant to commit to the government’s timeline: “There are still too many uncertainties to say at this point.” The most pressing issue for TEPCO is winning back the public’s trust, which it will need if hopes to resume operation of the Kashiwazaki-Kariwa reactors.

As things stand, realizing a restart by next summer seems a tall order, and frankly may not be possible even by the end of 2023. Seen in this light, Kishida’s announcement appears based more on wishful thinking than actual understanding of the hurdles TEPCO faces at the Kashiwazaki-Kariwa plant.